ANDREW SCOTT, best-known as Fleabag’s ‘hot priest’, has been admitted to hospital for ‘minor surgery’, halting the live-streamed theatre production he was starring in. The 43-year-old actor (pictured) has been performing a new play, Three Kings, from The Old Vic’s empty auditorium, in a five-performance run due to finish tomorrow. A tweet from the London theatre announced last night: ‘We are sorry to let you know that Andrew Scott is now in hospital to undergo minor surgery and we therefore need to reschedule.’

VETERAN actress Glenda Jackson has said modern dramatists do not find women ‘interesting enough’ to cast them in central roles. The 84-year-old former MP, who has a best actress Bafta nod for Elizabeth Is Missing, said women were gaining equality ‘but the arts are lagging’.

Drone image from Trafalgar statue is the cherry on top

A SCULPTURE of a cherry-topped whirl of cream with a drone and a fly on it has been installed in London’s Trafalgar Square. The 31ft artwork, The End, is by Heather Phillipson and will occupy the fourth plinth until 2022. Images from the drone can be livestreamed by phone users passing by.

COASTAL flooding will threaten 225million people worldwide by 2100 — up from 77million now — due to climate change, a study shows. Floods will be more frequent if no action is taken and the UK is among nations most at risk, researchers warn in journal Scientific Reports. 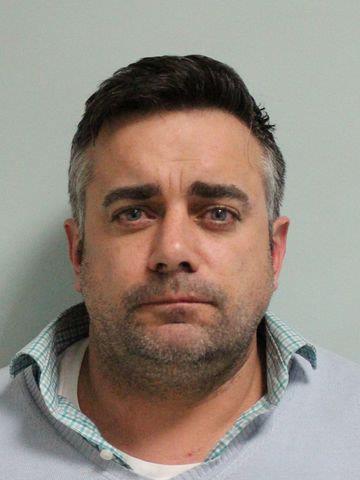 THE brother of TV hardman Ant Middleton, star of SAS: Who Dares Wins, has been jailed after a £700,000 cocaine bust. Michael Middleton (above), 41, from Portsmouth, was caught passing 7kg of drugs to another dealer, Isleworth crown court heard. Both admitted supplying Class A drugs.

BOYS who defy masculine norms achieve higher GCSE grades than those who embrace them, shows a study. ‘Cool guys’ and ‘tough guys’ got average grades of 5.1 and 5.4 respectively, compared with 5.8 for ‘resister boys’, found Cambridge university researchers.

A TEACHING assistant bought a catalogue of child sex abuse footage using Amazon vouchers. Kevin Sheppard, 26, sent eight vouchers totalling £365 as payment to an online seller. National Crime Agency officers raided his home in Kettering, Northamptonshire, in June last year and found dozens of images on his devices — including 46 of the most serious category ‘A’. Appearing before Northampton magistrates, Sheppard admitted making indecent images of children. He will be sentenced at the crown court next month.

Suspect is charged over knife attack on officer

A MAN has been charged with stabbing an on-duty police officer. Mohim Hussain, 40, of Maida Vale, west London, is accused of causing grievous bodily harm with intent. The officer suffered a ‘serious injury’ on Tuesday night but is now out of hospital.

A RUSSIAN woman suspected of dismembering her rapper husband after he died of a drug overdose has been detained by police. Officers found five plastic bags containing body parts at a flat in St Petersburg and seized a knife and cutting board from the scene. He had died four days earlier, RIA news agency said. The couple, in their 30s, were not named.

Mum sues ex after teen daughter gets a tattoo

A MOTHER is suing her ex-husband for allowing their 16-year-old daughter to get a tattoo. Nadene Rees accuses Bradley Victory of causing actual bodily harm after he let the girl have a dreamcatcher inked on her ankle. He denied the charge at a court in Sydney. In Australia, under-18s need written parental permission to get a tattoo. Daughter Casey, now 17, said: ‘It was my choice.’

■ DEMONSTRATORS in Thailand sang ‘long live the king’ as they rallied in opposition to recent anti-government protests. A crowd gathered at Bangkok’s Democracy Monument to show support for the monarchy and Prayuth Chan-ocha, who became PM in a 2014 coup.

■ A RARE red panda has been born in a Berlin zoo just months after its parents arrived from India. The still unnamed cub — about the size of a guinea pig — was found in its mother’s cave in Tierpark zoo. It is the tenth to be raised in Berlin as part of an international breeding programme.

■ FORMER Taiwanese president Lee Teng-hui has died aged 97. In office from 1988 to 2000, he oversaw the island’s transition to full democracy, bringing in direct elections despite tensions with China. Illness caused him to leave public life in later years.