THE parents of a 15-year-old girl who died after being hit by a car have been handed a restraining order to stop them ‘harassing’ the driver involved. In agreeing to this, Colin and Angela Dawson (pictured above) had two counts of harassing Richard Brooke and his wife Claire dropped by Bradford magistrates. Mr Dawson, 47, and his 50-year-old wife had campaigned for Mr Brooke, 53, to stand trial over their daughter Katelyn’s death in January 2018. She was struck by Mr Brooke’s BMW at a bus stop in Huddersfield. Prosecutors took no action against the driver, after learning he had fainted as a result of ‘insane automatism’, caused by a medical condition.

A LABOUR peer has been suspended after a woman said he had been ‘slightly stalkerish’ and invited her to drink champagne, and another said he offered to write her a ‘sexually suggestive’ poem. Lord Lea of Crondall, 82, was referred for ‘behaviour change coaching’.

CHILDREN are being denied places at their parents’ school of choice because of the ‘haphazard approach’ to admissions, education leaders have said. The National Association of Head Teachers said the lack of a clear system for awarding places means families have to hope they ‘get lucky’. It is concerned that while local councils are responsible for ensuring there are enough state school places in their area, many of their powers to create new schools and direct those not under their control to expand were removed in 2011. 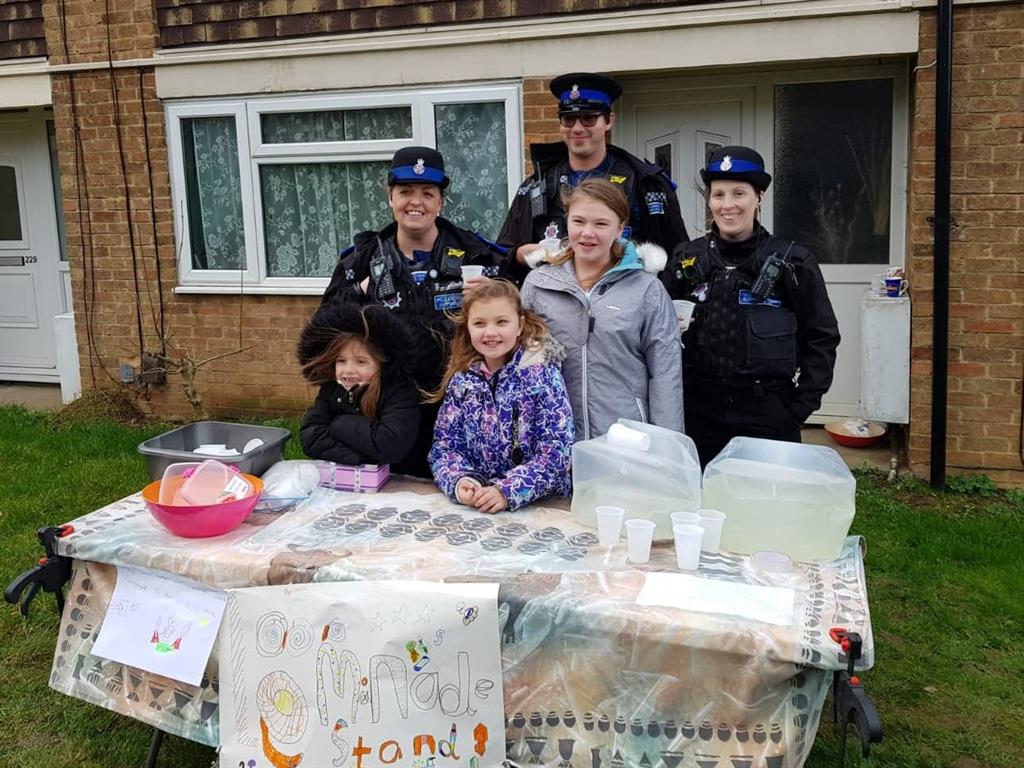 A GIRL of six helped raise more than £2,000 for the Australian wildfire crisis after her letter inviting neighbours to buy homemade lemonade went viral. Hundreds of people — including community police officers — queued to buy lemonade from Keira Markides in Harlow, Essex, after a neighbour shared her appeal. Mum Angela, said: ‘We were hoping 20 people would come.’ The lemonade made £900 to add to other donations.

US-style opioid epidemic ‘could be here in 5 years’

BRITAIN could see a lethal opioid crisis similar to the US in the next five years, a leading doctor says. Dr Michael Mosley discovers how easily drugs such as codeine can be bought for BBC Two’s Addicted To Painkillers? Britain’s Opioid Crisis, which airs tomorrow at 9pm.

Barrymore pool death call to be aired on C4 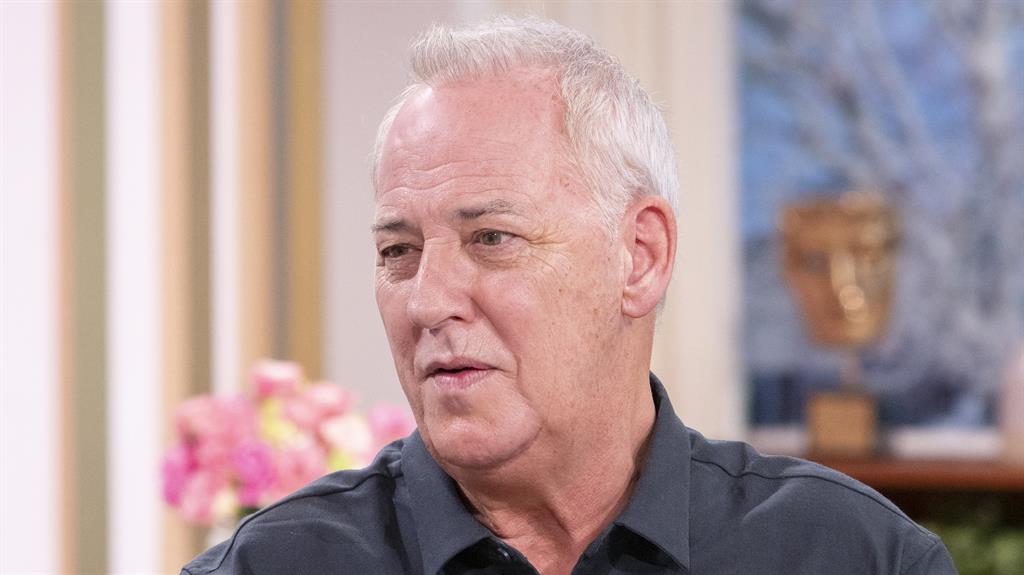 THE 999 call reporting the death of a man in Michael Barrymore’s swimming pool is to be broadcast for the first time in a new Channel 4 documentary. It will be aired in a 90-minute programme exploring the story behind the unexplained death of 31-year-old Stuart Lubbock in Roydon, Essex, in 2001.

HOUSING worries have made at least 2million people living in rented accommodation physically ill over the past year, homeless charity Shelter has found. Their concerns include affording the rent, poor living conditions and fears over losing tenancies, according to a survey of nearly 4,000 private renters. Nearly half said they had experienced stress and anxiety as a direct result of housing concerns. And almost a third said it had kept them awake at night. The same proportion said their situation left them feeling hopeless. Shelter’s Andrea Deakin said: ‘This time of year can be especially stressful for families who are struggling to cope.’

UNIVERSITY students are being targeted by scammers offering fake tax refunds, HM Revenue and Customs has warned. Since the end of December, students at institutions including Cambridge, St Andrews, Plymouth and Edinburgh have received emails that say HMRC owes them money and telling them to enter personal details into a website. The tax body said fraudsters could then ‘steal money, set up direct debits, make purchases on online sites or even take control of (the victim’s) computer — being able to access functions such as their webcam’. HMRC will never ask taxpayers to click a link to get a refund or contact them out of the blue to ask for personal details, it added. 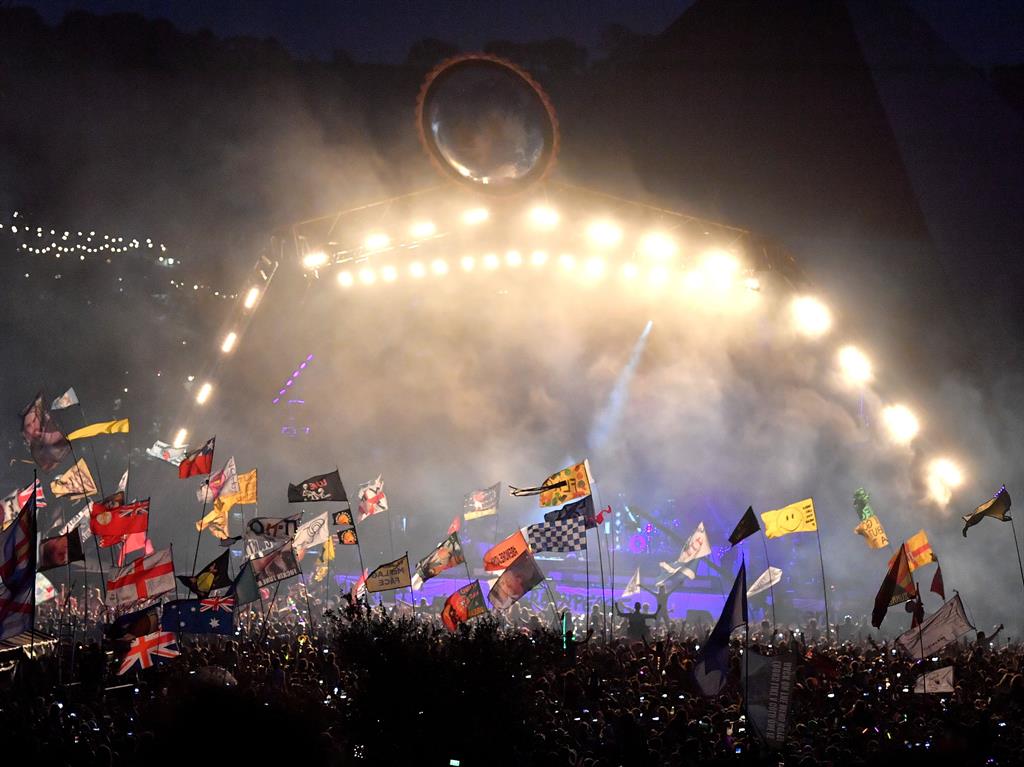 THE Glastonbury Festival has been warned that council bosses may impose a limit on how much alcohol people can take in. A review of last year’s festival called for toilets to be cleaned more often, bass noise levels to be reduced and more drinking water provided in hot weather, the BBC reported. Mendip District Council, which grants the festival’s licence, praised organisers Emily and Michael Eavis for a well-run event but said the booze limit may be part of measures to improve safety and minimise disruption. All 200,000 tickets for this year’s five-day June festival, with headliners Paul McCartney and Taylor Swift, sold in half an hour.

■ FANS and staff paid tribute as the funeral cortège of EuroMillions winner Colin Weir stopped at his beloved Partick Thistle FC. Mr Weir, who died last month aged 72, invested some of his £161million jackpot in the Glasgow club.

■ A DOG had a life-saving op after eating 300 hair bobbles. Lottie was feared to have cancer but a mass in her tummy consisted of the ties. Owner Alison Parker, 48, thinks she must have eaten them for years in Accrington, Lancashire.

■ THIEVES planning to live the high life stole a 23ft climbing wall from a lock-up in Sittingbourne, Kent. A van was seen towing the £15,000 mobile unit up the M2 on a trailer. Creed Outdoor Learning’s Paul Oxberry said: ‘I’m gutted. I can’t understand why anyone would take it.’

■ IT’S a ‘full house’ for Eunice Greenwood — who celebrated her 100th birthday playing her beloved bingo. Mrs Greenwood has not missed ‘eyes down’ for her weekly game in Keighley, West Yorkshire, for 45 years.

■ ALMOST a third of office staff fail to claim five days of annual leave, blaming their workload. A quarter think taking time off could affect pay rise and promotion opportunities, found the poll of 2,000 working adults for Crystal Ski Holidays.

■ TURKEY has arrested 115 soldiers over the failed coup in 2016. They are among 176 troops suspected of links to Fethullah Gulen, the US-based cleric said to be behind the uprising but who denies any involvement.

■ MORE than 5,000 camels were culled in five days by marksmen in helicopters, to help save water in southern Australia. Drought has driven the animals towards rural communities, adding to pressure on scarce supplies. Camels were brought to Australia by colonists in the 1840s and more than 1million are now estimated to live there in the wild.

■ A VOLCANO near the capital of the Philippines continues to spew ash and lava into the sky — sparking fears of a bigger eruption to come. The Taal Volcano, south of Manila, erupted on Sunday, causing tens of thousands of villagers to flee and flights cancelled.

■ TWO rival leaders have left talks in Moscow without a deal to end the long-running civil war in Libya. Fayez al-Sarraj, head of the UN-recognised government, and Khalifa Hifter had been invited by Russian and Turkish officials.

■ CUBANS have been warned to prepare for cooking gas shortages because of US sanctions against state energy company Corporacion Panamericana. Many rely on bottled liquid petroleum gas because they are not linked to municipal mains.