KITESURFERS catch a hot air thermal trail to glide across Heacham Beach, in Norfolk (above), as the summer heat returned yesterday. The mercury hit more than 30C in the south of England and more of the same is forecast across much of the UK today. ‘It’s not that unusual for this time of year. We quite often get warm spells of weather in September,’ said Met Office forecaster John Griffiths. But we should make the most of it while we can — there will be highs of 28C tomorrow before the mercury drops to the low 20s by the weekend, he added. And the hot spell is way off the highest September temperature ever recorded — 35.6C on September 2, 1906. The current weather follows on from an August heatwave which saw temperatures top out at 34C for six days running.

THE parents of missing teenager Bernadette Walker have been charged with her murder. Sarah Walker, 37, and Scott Walker, 50, appeared before Peterborough magistrates’ court in a virtual hearing yesterday. Bernadette, 17, of Peterborough, was reported missing by her parents on July 21 after she had not been seen for three days. Cambridgeshire Police had been carrying out searches and launched a ‘no-body’ murder inquiry on Friday. Her parents were remanded to appear at the town’s crown court tomorrow.

EMAILS, documents and drawings for the Grenfell Tower refurbishment seem to have been lost forever after they were deleted from a company laptop, the disaster inquiry has heard. Design manager Daniel Anketell-Jones left cladding specialists Harley Facades 15 months before the fatal fire but agreed to keep the computer. He told the inquiry yesterday he made the ‘assumption’ his work would remain on the company’s server and denied a claim he arranged for his email file to be wiped from the system. 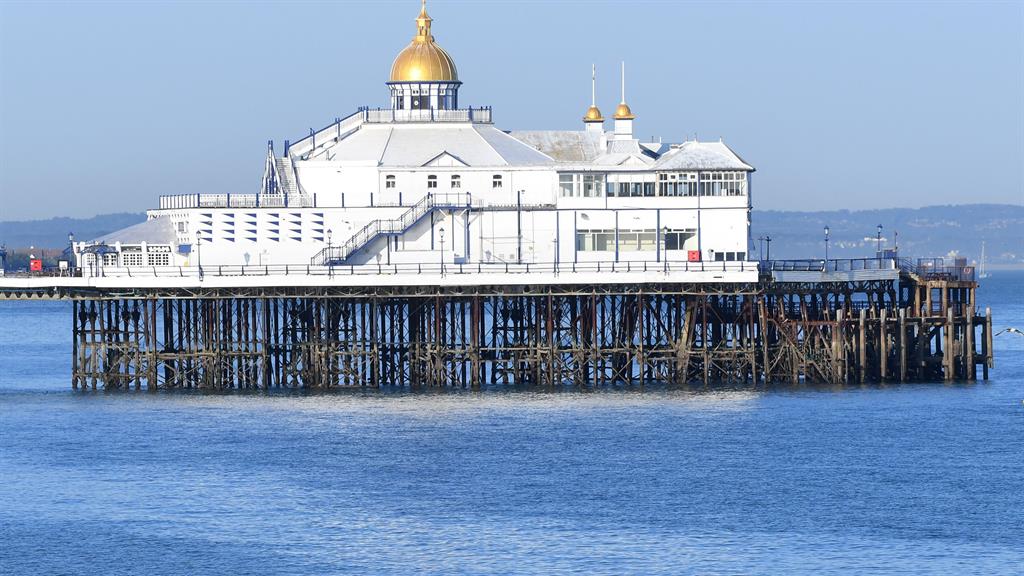 A POLICE officer was stabbed in the leg when he was attacked by a 42-year-old man in a seaside town centre early yesterday. The officer, who suffered a serious knife wound in the attack in Eastbourne, East Sussex, managed to limp away and treat his own injury while two of his colleagues captured his attacker. The suspect from Eastbourne was arrested on suspicion of attempted murder, wounding with intent and assault by beating of an emergency worker after the assault at 1am near the seafront.

Tired neurons can make time fly or slow down

TIME can seem to fly by — or drag on — because our brain cells get tired out, says a new study. Neurons in the supramarginal gyrus (SMG), which process touch and speech, become fatigued when exposed to the same stimulus for a long time, found researchers after scanning 18 young adults’ brains as they performed computer tasks. ‘The extent of skewed time perception correlated with how much the activity in the SMG decreased — greater fatigue led to greater time distortion,’ said Dr Masamichi Hayashi, of the University of California, Berkeley.

Is there life on Venus? Scientists’ smelly find

NEVER mind Mars… scientists say they have found evidence that there could be life on Venus. The discovery of phosphine — the smelliest gas known to humankind — in the acidic clouds above the solar system’s hottest planet was made at observatories in Hawaii and Chile. The gas is given off by anaerobic microbes, which are found near hydrothermal vents on Earth and are considered a ‘conclusive’ sign of life. Prof Jane Greaves, of Cardiff University, told Nature Astronomy: ‘When we got the first hints of phosphine in Venus’s spectrum, it was a shock.’

■ SHARP-EYED Austin MacMillan, eight, may be in for some good luck — after finding three five-leaf clovers and ten four-leaf ones in his garden at Porthtowan, Cornwall. Mum Allison said: ‘He’s hoping a new Xbox might appear.’

■ FUDGE fan Agata Szczepaniuk hiked 220 miles from Leeds to the Isle of Wight — to buy her favourite sweet. The 35-year-old took 11 days to reach Slab in Cowes. She said she did it because she was ‘bored’.

■ BEER lover Ben Barton has completed an epic four-year pub crawl — after visiting every one of Plymouth’s 179 boozers. The 35-year-old security worker said: ‘I always stay for at least a pint.’

Climate fears as chunk of ice cap breaks away

A PIECE of Greenland’s ice cap measuring about 42sq miles has broken off, with scientists warning the split is evidence of rapid climate change. The section came away from a shelf that has now lost 62sq miles since 1999. ‘We should be very concerned about what appears to be progressive disintegration at the Arctic’s largest remaining ice shelf,’ said Prof Jason Box, of the National Geological Survey of Denmark and Greenland.

THE activist who inspired the Oscar-nominated film Hotel Rwanda appeared in court in his homeland yesterday to face 12 charges, including terrorism. Paul Rusesabagina, who saved the lives of 1,268 refugees during the 1994 Rwandan genocide by hiding them in his hotel, is also accused of complicity in murder and forming or joining an irregular armed group. Lawyers for the 66-year-old, a fierce opponent of president Paul Kagame, said he is on trial for exercising his freedom of speech.

Farmer’s son set to be next leader of Japan

THE son of a strawberry farmer is poised to become Japan’s prime minister after being elected to succeed Shinzo Abe, who is resigning due to health problems. Yoshihide Suga agreed he has come a long way as he was voted head of the Liberal Democratic Party with 377 votes — twice the tally of the runner-up. The 71-year-old chief cabinet secretary will almost certainly become PM tomorrow after an official vote. ‘I will devote all of myself to work for the nation,’ he said, vowing to fight the pandemic and boost the battered economy.

■ RESCUERS are hoping to coax a humpback whale out of the murky, crocodile-infested East Alligator River in northern Australia. The mammal is thought to have taken a wrong turn en route to Antarctica.

■ TESTS confirm that Russian opposition leader Alexei Navalny was poisoned with deadly novichok, say specialist French and Swedish labs. The Kremlin critic remains in hospital in Germany, which renewed calls for Russia to ‘explain itself’.

■ AN AID agency worker was killed and another wounded when a Turkish Red Crescent vehicle was ambushed in Al-Bab, northern Syria. The masked attackers were travelling in cars without number plates.

■ A TURKISH seismic survey ship at the centre of a diplomatic row with Greece is back in port. The Oruc Reis is at Antalya for routine maintenance. The row involves surveys for oil and gas in waters Greece and Cyprus claim rights.