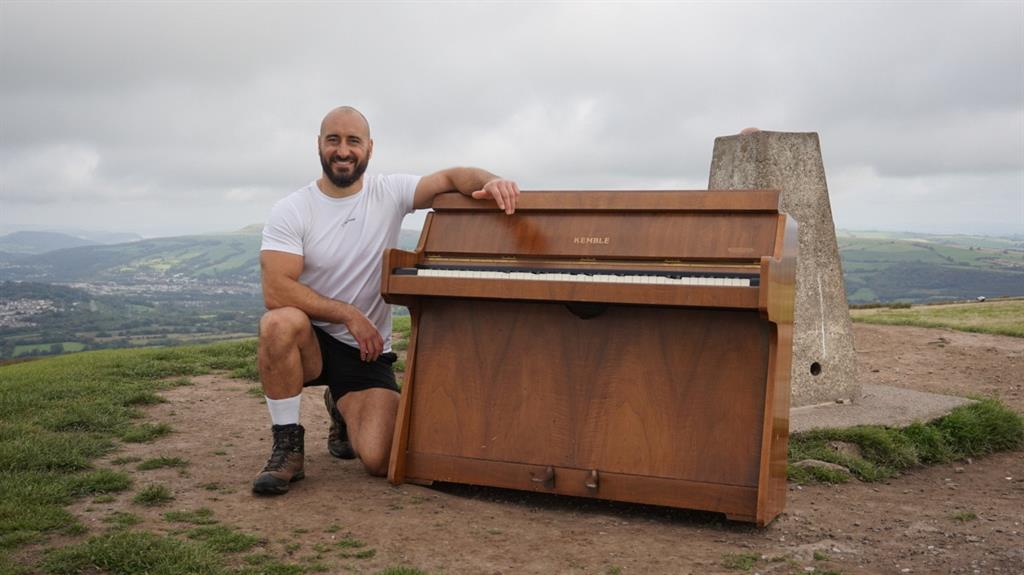 Retrial for teacher over sex charge with boy, 15

A MARRIED teacher accused of having sex with a 15-year-old pupil is to face a retrial. Kandice Barber, 35, was convicted of sending topless photos of herself to the boy and also of one count of causing a child to watch a sexual act by a person in a position of trust. She was acquitted of causing or inciting a child to engage in sexual activities while in a position of trust but jurors were unable to reach a verdict on three more serious charges. Barber, of Wendover, Buckinghamshire, will return to court on January 18.

LONGER jail terms for serious offenders, 20-hour-a-day curfews and the use of GPS satellite monitoring for burglars are among measures set to shake up the sentencing system. The Sentencing White Paper also contains measures aimed at helping rehabilitate offenders in England and Wales, with more flexible community orders allowing them to carry on working in the week and reducing the time before a conviction is classed as ‘spent’. Justice secretary Robert Buckland, who will set out further details today, said the measures would result in a system that was ‘fairer, smarter and ultimately better protects the public’. Whole life orders for child killers, lengthier sentences for murderers aged 15 to 17 and criminals on life terms having to wait longer for parole will also be in the paper.

THE home secretary has insisted the government is ‘absolutely not’ breaking international law with its controversial legislation which would rip up key elements of the Brexit withdrawal deal. Priti Patel told Sky News the purpose of the UK Internal Market Bill was to ‘ensure we preserve the integrity of the United Kingdom’, as Downing Street warned the House of Lords against trying to derail it. Ms Patel said the government still hoped it could resolve its differences with the EU so the legislation would not be needed.

TWO women fighting changes to the state pension age have lost their Court of Appeal case. Nearly 4million women born in the 1950s have been affected by government ‘equalisation’ reforms raising the pension age for this group from 60 to 66. Julie Delve, 62, and Karen Glynn, 63 — supported by campaign group BackTo60 — said the rule unlawfully discriminated against them on the grounds of age and sex and they were not given enough notice. But judges ruled having the same pension age for men and women did not breach EU or human rights laws.

Ex-journalist sues BBC over near miss in Syria

A JOURNALIST who narrowly escaped being blown up in Syria is suing the BBC for £150,000, claiming she was bullied into risking her life for no reason. News producer Natalie Morton, 44, was with the Beeb’s chief war correspondent Lyse Doucet in Homs, in April 2014, when a bomb landed close to her vehicle, showering it with shrapnel. Although she had minor injuries, the incident destroyed her mental health and her career, she claims. Ms Morton says Ms Doucet ‘intimidated and pressurised’ her into taking the ‘unnecessary’ trip. The BBC denies the allegation and any liability.

Oysters and squid ‘are top for daring dishes’

THREE in four Brits say they are adventurous eaters – while many consider eating dark chocolate, blue cheese and garlic ‘brave’. Oysters, calamari and haggis were voted the most daring foods as 57 per cent stick to what they know. National Geographic, which created the poll for series two of Gordon Ramsay: Uncharted, said: ‘It’s always good to test yourself.’

ALMOST one in three people have already started buying Christmas presents – 100 days before Santa comes down the chimney. Most shoppers (60 per cent) expect to spend the same as in past years, a poll by American Express shows. About a quarter (28 per cent) will cut back but 12 per cent say they’ll spend more.

Do not even think of carrying on camping

A COUPLE in their 90s spent 15 hours driving around in their car after setting off to buy a caravan 19 miles away. The 96-year-old motorist and his wife, 91, were pulled over doing 20mph after leading police on the ‘world’s slowest pursuit’. They told officers they had got lost after setting off at 2pm from their home in Knaresborough, North Yorkshire, to look at caravans at a dealership in Thirsk — a 40-minute drive away. A police spokesman said: ‘We took them home and very strongly advised him to stop driving for his and everyone else’s safety.’ The driver has been reported to DVLA.

■ SIR David Attenborough has won an Emmy for documentary Seven Worlds, One Planet. The ‘icon’, 94, was named outstanding narrator for the second year in a row at the Creative Arts Emmys.

■ A CROSSBOW shooting in a west London street has left a 33-year-old man in hospital with life-threatening stomach injuries. Police appealed for information about the attack, which took place at 8.10pm in Uxbridge on Monday.

■ FEMALES really are the biggest fish in the sea, with mother whale sharks reaching 60ft — almost twice the length of males. Their size helps them carry up to 300 pups, said Dr Mark Meekan, of the Australian Institute of Marine Science.

■ SOME 11million people in England lack easy access to green spaces, says Friends of the Earth. The charity called for £4billion a year to be spent on tackling the issue in the worst-affected areas.

■ A BORED office worker who quit to climb mountains has broken another record. James Forrest, 37, took 14 days and 11 hours for a self-supported continuous hike of the Lake District’s 214 Wainwrights.

■ AN OTTER found choking on fishing bait has survived after a passing jogger sprinted home and got help. The animal ‘would have perished’ but for the river bank rescue, said vets at South Essex Wildlife Hospital in Grays.

■ HAVING a garden, double glazing and your own parking space top of the list of must-have features for renters looking to buy their first home, a study for Shared Ownership Week found.

A WOMAN and two children have died after a boat carrying dozens of migrants sank off the Greek island of Crete. A major search-and-rescue operation was launched after a person on the vessel called an emergency number. Survivors were unable to say how many migrants had been on board and whether there were still people missing. Greece’s coastguard said one more person had been rescued in the early hours of yesterday, bringing the total number saved to 57. The boat went down in rough seas 12 miles from the Crete coastline. The three victims were recovered from the sea.

■ BRITISH diplomats were targeted in a roadside bombing in Baghdad. No one was injured but the blast fuelled rising concern about militants, amid near-daily rocket attacks in the Iraqi capital.

■ THE former Detroit home of US civil rights icon Rosa Parks is to go on show at Italy’s Royal Palace of Naples. The run-down house was saved from demolition after the 2008 crash and shipped to Europe.

■ ONE of three black bear cubs left orphans when their famous mother Mink died last month has been hit by a bus in New Hampshire and killed. Mink roamed the US state for years, producing several litters.

■ ACTIVISTS who claim crimes against humanity and genocide are being committed by China against Uighurs in Xinjiang province, where more than 1million are held in camps, have implored the UN to investigate.

■ SPAIN is proposing a new bill that will ban organisations promoting the legacy of fascist dictator General Franco and will finally offer reparations to his victims’ families.

■ ANGELA MERKEL branded the rise of open anti-Semitism in Germany a ‘disgrace’ as she marked 70 years of its Central Council of Jews. The chancellor added many Jews ‘don’t feel safe and respected in our country’.