A MCDONALD’S worker who had no idea she was pregnant until she was in labour had blamed the burgers for putting on pounds. Flatmates dropped Daisy Young (pictured above) at hospital in Dundee because she was suffering cramps. Four hours later she gave birth to 6lb 13oz Elijah John. His arrival was a shock as she had used contraception and was still having periods. The 21-year-old said: ‘I texted: “I may or may not have had a baby” to my flatmates. I had put a little bit of weight on, but I thought it was from starting at McDonalds.’ 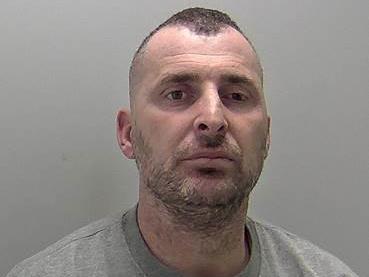 A DRUG dealer who dumped £400,000 of cocaine as he led police on a high-speed car chase has been jailed. Arian Aliaj, 36, ‘recklessly risked lives of road users’ on the M1, the Met said. His Audi was later spotted abandoned near Rugby, Warwickshire — with 1kg of cocaine in the boot and 3kg nearby. Aliaj (above) was found just hours later. More cocaine plus £4,000 was discovered at his home in Southgate, north London. Aliaj was jailed for seven-and-a-half years after admitting dangerous driving and possession of drugs with intent to supply at Warwick crown court.

Hottest day of year… but it’s no ‘record-baker’

ENGLAND has enjoyed its hottest day of the year — as the UK swelters in a mini-heatwave. The Met Office recorded 28.6C at Heathrow yesterday, topping the 28.2C at Santon Downham in Suffolk on May 30. The UK’s 2020 peak remains 28.9C in Scotland on May 29 but the mercury is set to hit 34C in the south of England this week. However, it is unlikely to beat the 35.6C record for the hottest June day — in Southampton in 1976. Met Office forecaster Luke Miall said things will cool by Saturday when ‘most places will be seeing the fresher air’.

SPY thriller Homeland is a favourite with real-life crooks. The counter-terrorism TV drama is the series most targeted by internet tricksters, web security provider McAfee has revealed. Viewers searching for it online are fooled into downloading malware disguised as pirated episodes of the acclaimed US hit. Brooklyn Nine-Nine and Criminal are second and third on the list of shows most often exploited by online offenders. Swingers is the most-targeted film, followed by Step Brothers and Black Panther.

No codding… she really did eat the whole lot 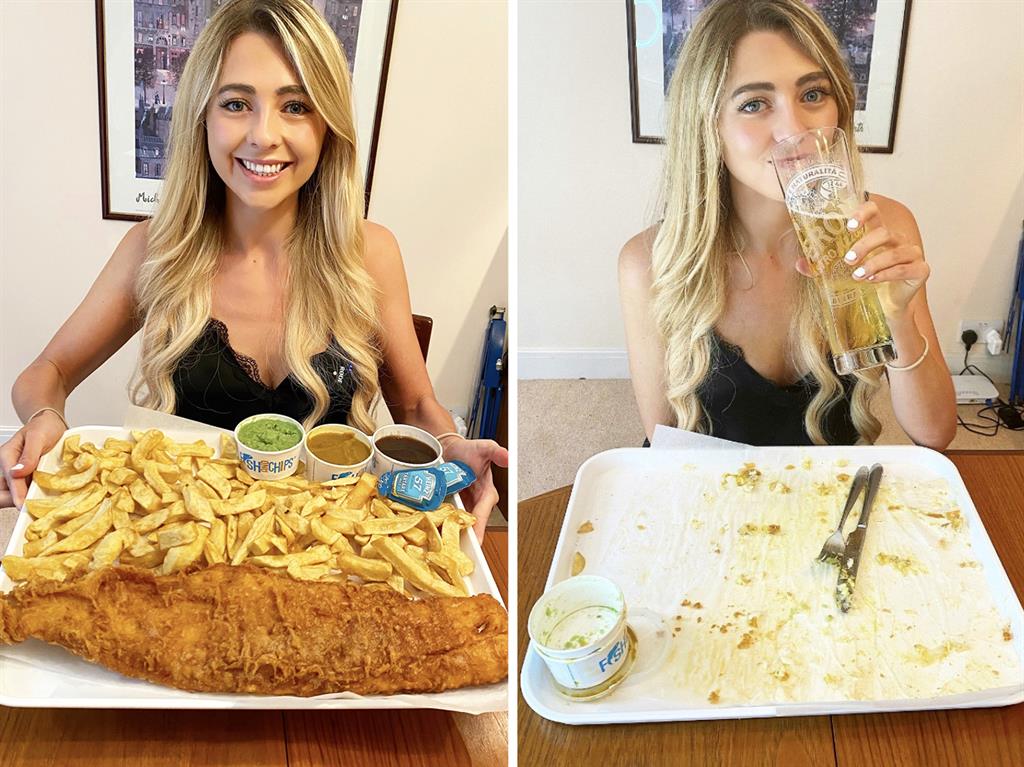 AFTER demolishing this much fish and chips, many of us would be looking a bit green about the gills. But food blogger Kate Ovens washed down the 4,000-calorie portion with a pint of lager. The 26-year-old had the meal made especially by Ancell’s Fish and Chips in her home town of Fleet, Hampshire. A video of her devouring it has had more than 2million views. Kate, who previously ate a 3ft sausage roll, said the chip supper was too big to wrap so she took it home on a tray. ‘It was perfect,’ she said. ‘I had to switch things up with the curry sauce towards the end, but it was a delight.’

AN ONLINE advert that claimed a bra could ‘reduce the risks of breast cancer’ has been banned. Online retailer Lemongrassrice’s ad on Facebook featured a picture of a bra and an X-ray image of a breast along with the declaration that it ‘reduced the risk of cancer’. But the Advertising Standards Authority (ASA) found there was no evidence to back the claim and the ad was ‘misleading’. Lemongrassrice failed to respond to ASA inquiries.

■ PLASTIC has entered the food chain of the ‘most pristine’ place on Earth — Antarctica. It was found it the gut of the earwig-like springtail and has serious implications for the entire ecosystem, say scientists.

■ GAMERS spend the equivalent of three years playing online and shell out almost £16,000 on their hobby over a lifetime, a study commissioned by broadband provider Hyperoptic found.

■ A NEW word has entered the Oxford English Dictionary — more than 150 years after it was in popular usage. ‘Quilling’ means buying people drinks to get them to vote for an election candidate. The practice is illegal these days.