A FARM worker thought to have been murdered has been found living alone in woodland after five years. Ricardas Puisys (pictured) was 35 when he was last seen at the Nightlayer Leek Company where he worked in Cambridgeshire in 2015. Murder detectives could find no trace, until last year when they saw Facebook photos of the Lithuanian and he was traced to Wisbech. Police think Mr Puisys ran away after becoming a victim of crime. He has now been moved to safety.

THIEVES are leaving white chalk marks outside homes to show which ones have dogs worth stealing, police have warned. Lines have appeared on bricks, gates and fences outside homes around Woodbridge and Kesgrave in Suffolk less than a month after four dogs and 13 puppies were stolen from a boarding kennel in Barton Mills. Jackie Woolven, from Woodbridge, posted: ‘This is not a prank or wind-up, this is going on and it’s very serious.’ Suffolk Police urged residents to ‘remain vigilant’ and report anything suspicious.

JAGUAR Land Rover has failed in its bid to trademark the shapes of two versions of its Defender 4×4. Bosses had taken their appeal to the High Court after a snub by the Intellectual Property Office that deemed its 90 and 110 models lacked ‘distinctiveness’. But Judge Melissa Clarke said the manufacturer had not shown that a hearing officer had made a ‘material error’ or was ‘clearly wrong’. Ineos, which is producing a rival 4×4 called the Grenadier, had opposed Jaguar Land Rover’s trademark applications.

A THUG bit a boxing fan’s eyebrow during a row over Mike Tyson’s infamous 1997 attack on Evander Holyfield. The victim had mimicked the ear-biting incident as he chatted about it with a friend last November at the Lounge Bar in Bridlington, East Yorkshire. Jarrad Knights, 27, waded in as he had not heard the conversation and thought there was a geniune altercation in progress. He admitted causing actual bodily harm and was sentenced to 26 weeks, suspended for a year. Sheffield magistrates told him to pay £1,200 compensation.

Peck-a-boo! Who’s that on my perch 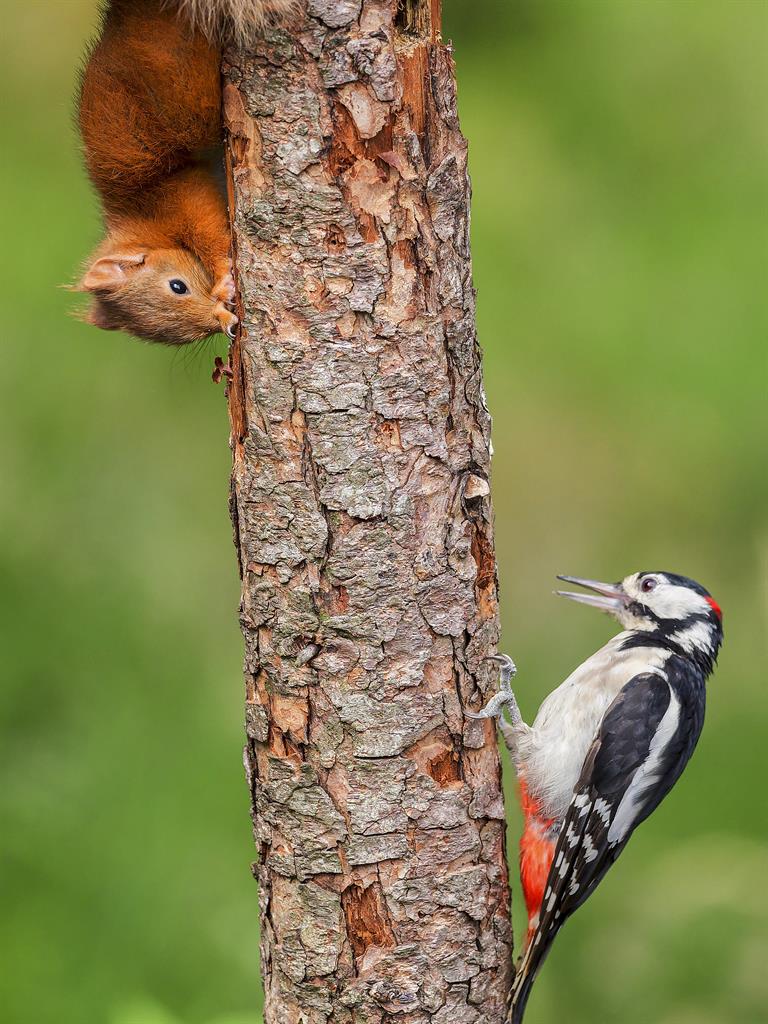 A RED squirrel and a woodpecker look as if they are playing hide and seek as they each try to claim possession of a tree trunk. Mark Grant, 43, captured this image of the competitive pair as one perched vertically to spy on the other pecking the bark. He came across the scene while squirrel watching at Penny Hedge beauty spot near Blairgowrie, Perth and Kinross. ‘They weren’t the best of friends — they were fighting over a tree stump,’ said the teacher from Aberdeenshire. ‘I think they scared each other, then disappeared. It was incredible to watch.’ PICTURE: SWNS

ACUPUNCTURE, exercise and therapy should be prescribed to treat chronic pain, rather than pills such as paracetamol and ibuprofen, GPs have been told. Draft guidance from the National Institute for Health and Care Excellence (Nice) said there was ‘little or no evidence’ the drugs made any difference to people’s quality of life, pain or psychological distress — but they could be addictive. The health watchdog says up to half of the population are affected by chronic pain, with almost half that number suffering depression.

ONE in five of us skips breakfast and does not eat until midday, a new survey reveals. The lack of food seems to put the cereal-avoiders in a bad mood as only 24 per cent say they feel happy at work, compared with 34 per cent of brekkie-eaters. They are also less likely to feel productive, the poll shows. The biggest reason for missing breakfast is lack of appetite for it, with 55 per cent of skippers saying they are just not hungry. But one in ten would rather have a lie-in than eat, found breakfast products firm FUEL10K. Boss Scott Chassels said eating brekkie ‘leads to a more productive morning’.

■ DRAYTON Manor theme park has been saved from collapse. The sale to French chain Looping Group will secure the future of the 70-year-old Staffordshire site and its 599 employees, said administrator PwC.

■ A SET of stamps will celebrate Sherlock Holmes and feature Benedict Cumberbatch from the BBC’s Emmy-winning show, Sherlock. When UV light is shone on them, plot details are revealed. They will go on sale on August 18.

■ A ‘RITUAL offering’ by the Incas has been found at the bottom of South America’s largest lake. The stone box containing a llama statue carved from a shell and a roll of gold foil was found in Lake Titicaca between Bolivia and Peru.

■ FORMER Pope Benedict XVI is seriously ill, his biographer has reported. The 93-year-old, the first pontiff in 600 years to resign, has shingles and his voice is barely audible, said author Peter Seewald who saw him on Saturday.

■ AT LEAST 29 were killed and 50 injured in an attack by Daesh on a prison in Afghanistan that held hundreds of its members. Security forces regained control of the Jalalabad jail yesterday after a battle that began on Sunday with a suicide car bomb blast at the gate.

■ A REPLACEMENT for the Morandi motorway bridge, which partially collapsed in 2018, killing 43 people, has been opened in Genoa. Italian PM Giuseppe Conte said the 3,300ft Genova San Giorgio bridge was ‘a symbol of Italy rising again’.

■ UP TO 8,000 people were still unable to return to their homes yesterday after a mountain wildfire spread over 31sq miles. No one has been injured in the blaze, which began 85 miles east of central Los Angeles on Friday.