A FORMER NHS worker has been jailed for a year after carrying out 17 assaults on 13 police officers and harassing a detective for three months. Janet Waller (pictured top), 32, sent more than 100 emails to Det Con Andrew Hume, of Kent Police, saying she was ‘capable of pure evil’ and would end up on the news. She also used an NHS database to get the address of a British Transport Police officer and threatened to pour petrol through his letterbox, Maidstone crown court heard. Waller admitted the offences, which included calling police to her home in Northfleet, Kent, then attacking them.

LIGHT pollution is causing some birds to have more chicks, a US study says. Forest species in better-lit areas lay clutches 16 per cent larger. And birds in cities lay eggs up to four weeks earlier — which in some cases may help reproductive success, because climate change means food is available sooner. House sparrows and purple martins were among those laying more eggs with increased light, the study of 142 species in Nature found — but noise pollution had the opposite effect. Researcher Prof Clint Francis said it shows ‘the need to consider pollutants when implementing conservation’.

WHILE most teenagers hang around with their pals, cheeky Adam Lockwood prefers to go it alone. The free climber, 19, who has been banned from performing daredevil stunts in his home city of Manchester, scaled a 600ft high crane in Benidorm on Spain’s Costa Blanca before stripping off. ‘I just thought, “Why not?”,’ he said.

■ X-RAYS and CT scans could increase the risk of testicular cancer. Patients who had been X-rayed below the waist at least three times were about 60 per cent more likely to develop the disease, found a US study of 1,246 men.

■ THE magic of Christmas has vanished for one in five people by the time they are 23. December 25 feels like ‘just another day’ for one in seven adults, a Sky Cinema study reveals. But three in ten wish they could be children again.

■ A STRAND of Elvis Presley’s quiff is expected to get fans all shook up — to the tune of £6,000. Locks of the King’s hair were kept by a Memphis barber who flogged them later. Tom Unwin, 75, of Stoke-on-Trent, is selling it via Hansons.

■ OLYMPIC snowboarder Jan Michaelis is raffling off his £475,000 beachfront bungalow for £2.50 a ticket. The three-bed property near West Wittering, West Sussex, comes with a hot tub and one-bed cabin. Michaelis, 42, is selling up to give to ‘charities close to my heart’.

■ A DERAILED freight train caused major disruption and cancellations to passenger services near Sheffield yesterday. Several wagons came off the track near the city at 3am and blocked lines. No other trains were involved. 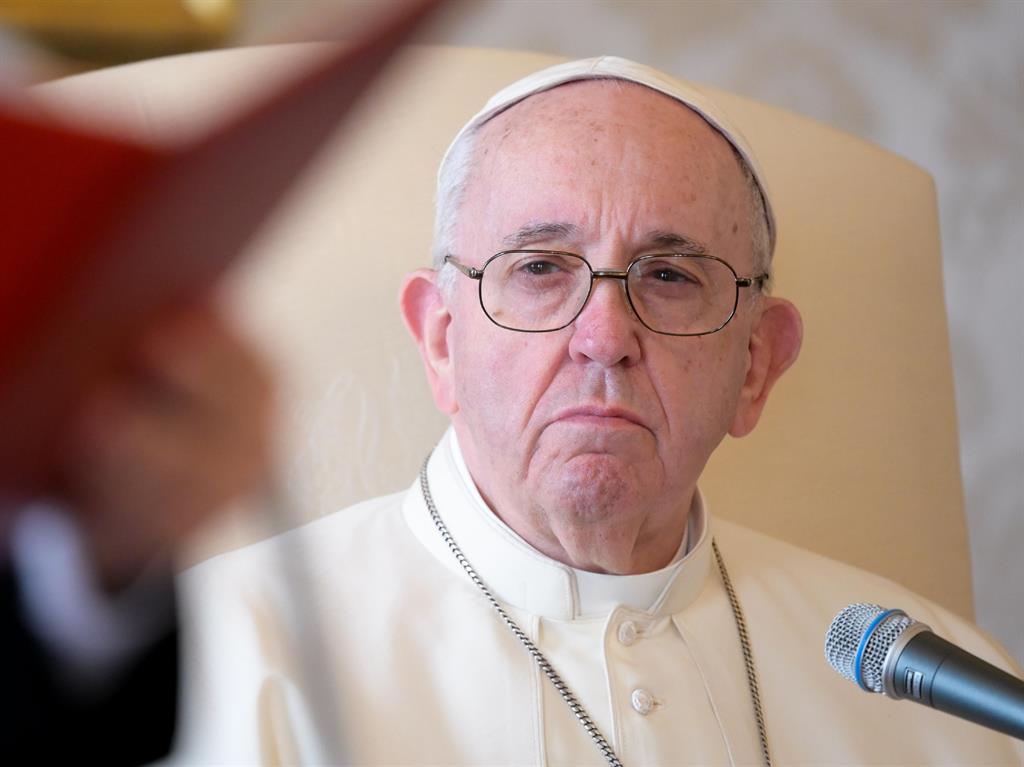 THE Pope has pledged to rid the Catholic Church of sexual abuse following the ‘painful case’ of former US cardinal Theodore McCarrick. Speaking to his weekly audience after a Vatican report highlighted multiple failings, Francis (above) said: ‘I renew my closeness to victims of any abuse and the commitment of the church to eradicate this evil.’ The report blamed a host of bishops, cardinals and popes for covering up McCarrick’s misconduct.

■ THREE people were injured in an explosion as British, US, French, Italian and Greek officials commemorated Armistice Day at a non-Muslim cemetery in Jeddah, Saudi Arabia. The attack comes after a guard was wounded in a stabbing at the French consulate. France has urged its citizens in Saudi Arabia and other Muslim-majority countries to be on ‘maximum alert’. In a joint statement, the embassies said: ‘Such attacks on innocent people are shameful and entirely without justification.’

■ FOUR people have died and another was missing after a Turkish fishing boat collided with a Greek tanker. The Polatbey capsized after it hit the tanker Ephesus off Karatas in Turkey’s Adana province.

■ THE world’s longest-serving prime minister Prince Khalifa bin Salman Al Khalifa of Bahrain, has died aged 84. Ruling since 1971, he survived the 2011 Arab Spring protests calling for him to go over corruption allegations.