EIGHT-YEAR-OLD Hollie Greenhalgh loves spiders so much she shares her bedroom with more than 50 of them. The nature enthusiast, who wants to be the next David Attenborough, also keeps two snakes, millipedes, grasshoppers, cockroaches and snails. 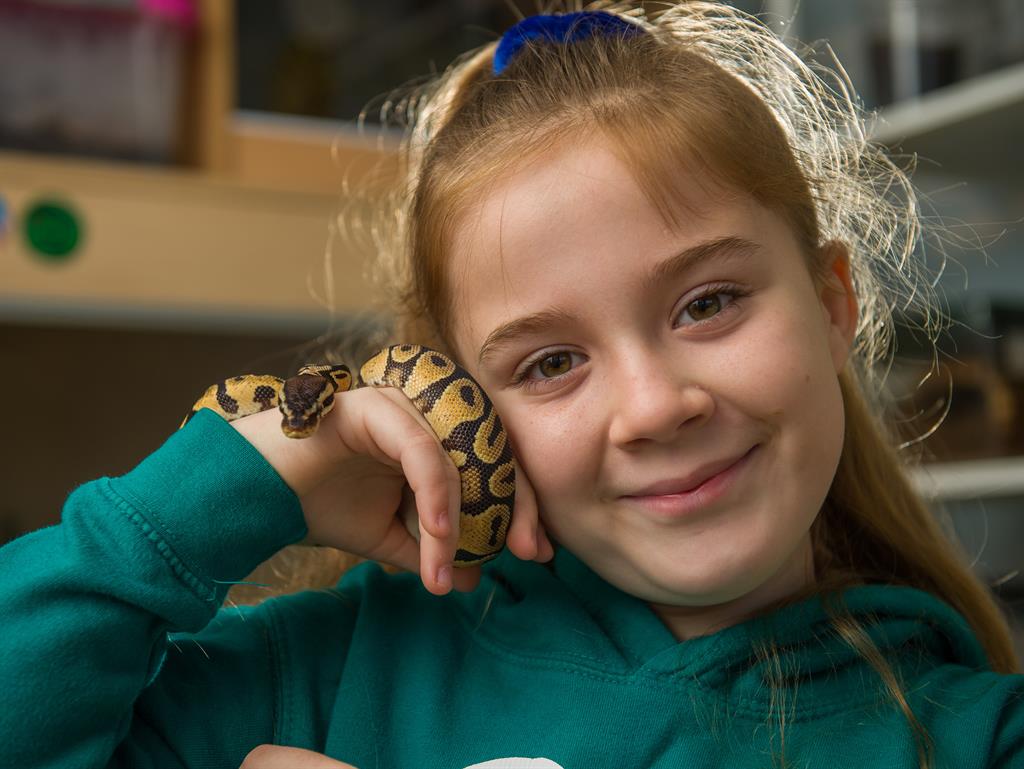 Hollie, of Winsford, Cheshire, gives pet care tips to 6,000 fans on YouTube. Her first spider — a Mexican red knee tarantula called Hairyett — is her favourite. ‘I like the way tarantulas walk, they’re just really cute,’ she said. Her mother Rachel, 29, helps with her videos — but is scared of spiders. ‘I’m still not great, but I’m better than I was,’ she said.

INTENSIVE trade talks between the UK and EU are continuing as the clock ticks down to Boris Johnson’s deadline this Thursday, which No.10 says is ‘the last possible date for a deal’. The prime minister’s negotiator Lord Frost and his European counterpart Michel Barnier are holding three days of meetings in Brussels. Mr Johnson has spoken to German leader Angela Merkel and France’s Emmanuel Macron. Ahead of the European Council summit that starts on Thursday, differences remain over fishing rights, the ‘level playing field’ on state subsidies, workers’ rights and environmental standards.

A BUSINESSWOMAN suing Barclays for £1.6billion has cut her claim by more than half to £771million, the High Court heard. Amanda Staveley’s private equity firm PCP Capital Partners only acknowledged the reduction after the judge had finished hearing evidence in the case, say lawyers for the bank. They argue ‘no attempt was made to justify’ the original claim and the case should be dismissed. Ms Staveley says she was misled by Barclays as it loaned back £2billion to Qatari investors who helped save it in the 2008 crash. She says the bank hid the loan, allowing it to induce PCP to invest on worse terms than the Qataris.

INTIMIDATING neighbours have been blamed by a charity for a 62 per cent rise in the number of hate crime victims needing help. Victim Support said it was ‘extremely concerning’ that 5,657 requests were received between July 5 and August 22, compared with only 3,489 during the same period last year. Abuse included verbal slurs, deliberate coughing over neighbours and banging on walls and windows. More time spent at home due to local lockdown rules has added to the misery of victims left scared to play with their children in the garden or take bins out, the charity said. 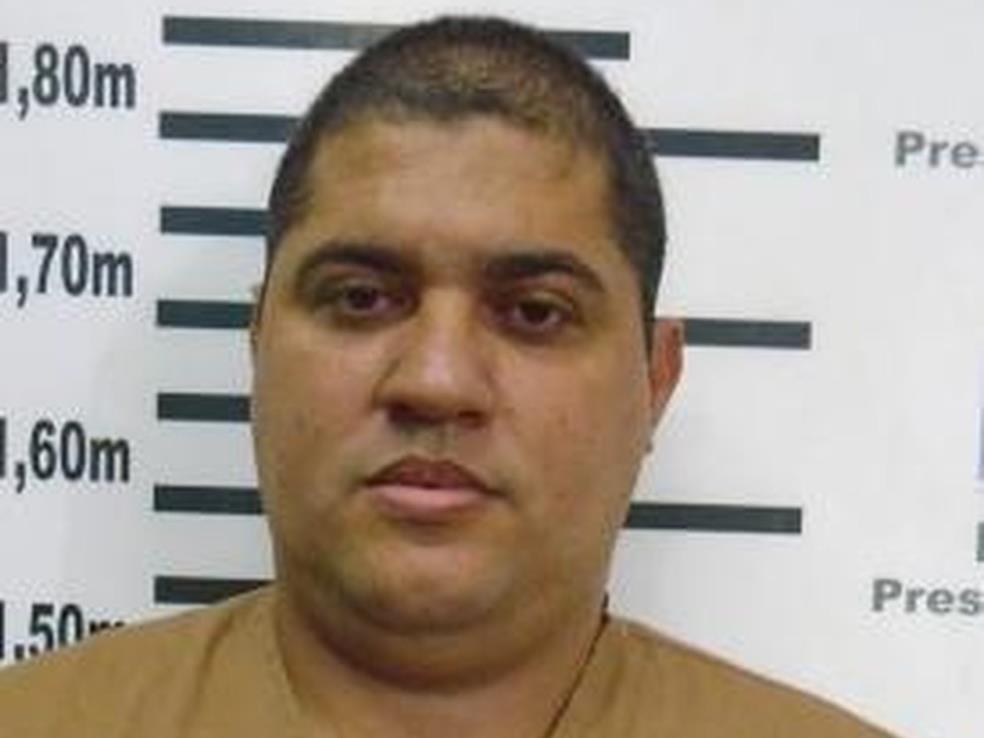 POLICE are searching for a man suspected of being the leader of one of Brazil’s biggest criminal gangs after he was released from jail by a judge — only for the order to be overruled a few hours later. Andre Macedo (above) was being held in São Paulo after his arrest in 2019 on cocaine trafficking charges. He was freed on the basis he had spent too long awaiting trial. When president of Brazil’s high court Luiz Fux heard what happened, he ordered Macedo’s return to prison. But the suspect had vanished.

MICHAEL JACKSON is greeted by the late Zimbabwean dictator Robert Mugabe during a secret visit in 1998. Footage has emerged showing the star with Mr Mugabe, who was accused of genocide before he died aged 95 in 2019, and the leader’s wife Grace at the State House in Harare. Jackson, who died aged 50 in 2009, wanted to open a hotel but it was never built.

Rapists to be sentenced to death in law change

THE death penalty for rapists has been approved in Bangladesh after protests broke out in Dhaka and elsewhere over a series of sexual assaults. President Abdul Hamid is due to sign the amendment into law today, upping the maximum punishment from life imprisonment.

EU foreign ministers have agreed to place sanctions on Russian officials and groups blamed for poisoning opposition leader Alexei Navalny with novichok. The critic of Russian president Vladimir Putin is recovering in Germany after he fell ill on a flight in Russia on August 20.

Truce under threat as warring sides blame each other

ARMENIA and Azerbaijan have both accused each other of attacks over the separatist territory of Nagorno-Karabakh despite a ceasefire deal. The truce, brokered by Russia, came into effect on Saturday and was immediately broken, they claim. The recent bout of fighting started on September 27 and has led to the deadliest clashes over Nagorno-Karabakh since a separatist war there ended in 1994. The region lies in Azerbaijan but has been under control of ethnic Armenian forces.

A YOUNG boy was saved by his sister when she grabbed him as he fell off the roof at their home. The girl hung on to him until she could drop him into the arms of a man who was walking by. Sources say the youngsters had been playing on the roof terrace with the boy running around in a village near Manapparai, southern India.

■ A CHARITY fundraiser has raised nearly £50,000 by climbing the Three Peaks in a 130lb diving suit. Lloyd Scott, best known for completing the London Marathon in the same weighty outfit, got to the top of Mt Snowdon yesterday after climbing Ben Nevis and Scafell Pike. The 58-year-old was fundraising for The Lord’s Taverners, a youth cricket and disability sports charity. It was the last challenge for Mr Scott, who has raised £5million over 30 years with adventures such as an underwater marathon and a Penny Farthing ride in Australia.

■ A SHEEP farmer who laced jars of baby food with shards of metal in a bid to blackmail Tesco has been jailed for 14 years. Nigel Wright, 45, tried to extort £1.4million in Bitcoin from the retail chain from 2018 to 2020. Two mums spotted the metal dangers just before feeding their babies. At the Old Bailey, Wright, of Market Rasen, Lincolnshire, was found guilty of blackmail and contaminating goods. He was also found guilty of blackmail for demanding £150,000 in Bitcoin from a driver he had a road rage row with.

■ THE misguided belief ‘it won’t happen to me’ costs £50 a month, a poll shows. One in ten of us have had a breakdown after opting out of roadside rescue services, while 16 per cent have broken a phone we failed to insure and 13 per cent have done the same with kitchen goods. Another 13 per cent didn’t bother to install online security as they thought they would not be scammed — then were. ‘It’s easy to think it will all be fine, then ending up in a tricky situation. Insuring and securing devices saves time and money and distress,’ said Virgin Media, which conducted the survey.

■ A MEDAL stolen 33 years ago will finally be returned to its owner after he saw it in an online sale. Albert Marrable’s Past Masters masonic medal was stolen from a car in Canterbury, Kent, in 1987. The 78-year-old had almost forgotten about the 1980 honour — which had his name on the back — until he spotted it online. Kent Police contacted the sellers in Scotland, who are returning it. It is thought to have changed hands many times. Mr Marrable said: ‘I feared I would lose it again. I am very pleased to be reunited with it.’

■ MARS is at its biggest and brightest due to ‘opposition’, which happens once every two years. The red planet and Sun are on opposite sides of the Earth, with the best chance to see the phenomenon at 1am tomorrow.

■ MOSQUITOES were tricked into entering ‘blood-feeding mode’ when fed a mixture including sugar, salt and baking powder. It could pave the way for a drug that masks the flavour of blood and stops the bugs biting us, say US experts.