THE father of three children killed when a fire engulfed their home has paid tribute to his ‘little angels’. Fiona Gibson, 12, Alexander James, eight, and five-year-old Philip died in hospital shortly after being pulled from a blaze at the first-floor flat in Paisley, Renfrewshire, at about 9pm on Friday. Their mother, 39, remains in a critical condition in the town’s Royal Alexandra Hospital. Their father, Alex Gibson, wrote on Facebook: ‘May u rest in peace little angels. How I miss them already. Now I know what it feels like when ur world comes crashing down.’

A JustGiving page set up by a family friend was also posted on his Facebook account. Forensic teams remained in the area yesterday, and a spokesman said: ‘An investigation is under way to establish the exact circumstances of this incident.’ Flowers and soft toys were piled near the scene and one passer-by said neighbours were ‘shocked’ by the tragedy, adding: ‘God bless those weans.’ A tribute left by Gavin Newlands, MP for Paisley and Renfrewshire North, read: ‘We are all so sorry for your heartbreaking loss’. Scotland’s first minister Nicola Sturgeon tweeted: ‘No words are enough. It’s just heartbreaking.’

A FERRY crew rescued five people whose boat broke down in a busy shipping area. The Wrightlink ferry Victoria spotted the rigid-hulled inflatable boat near Ryde on the Isle of Wight on Saturday. The coastguard said: ‘Fortunately, crew from the Wightlink ferry were able to quickly recover the people on the disabled RHIB after launching their fast response craft. ‘They were met at Ryde Pier Head by Bembridge Coastguard Rescue Team.’ 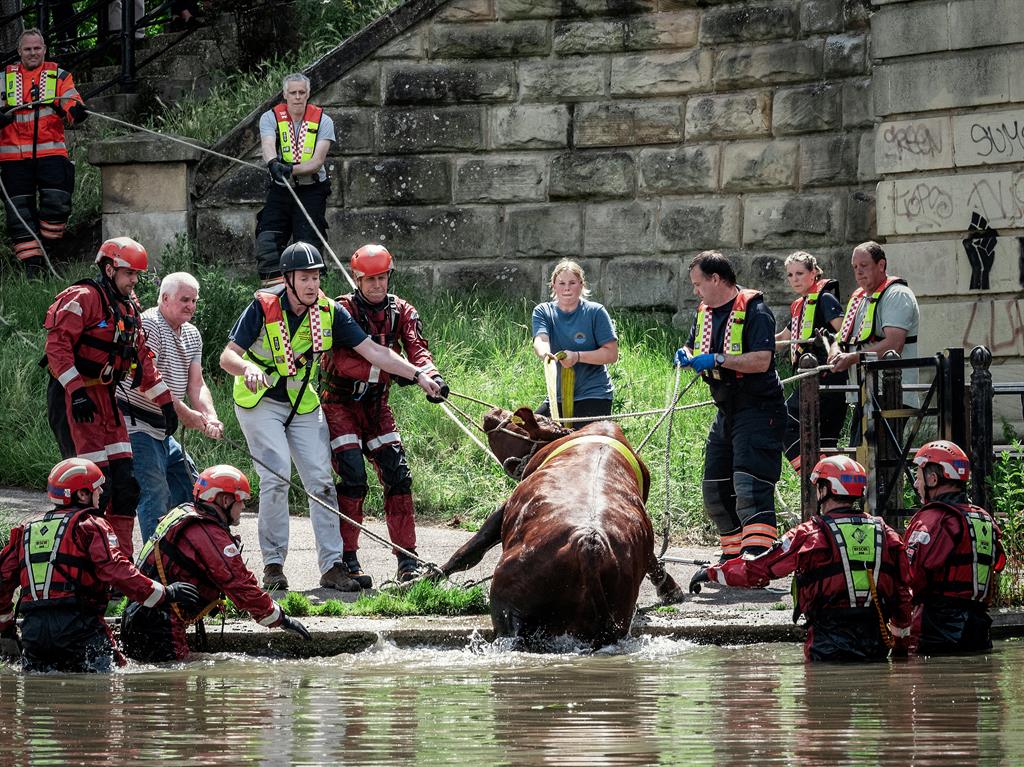 FIREFIGHTERS use a lasso to rescue a cow that fell into the River Cam in Cambridge on Saturday. ‘It was hilarious watching the poor firefighters trying to corral the cow as a crowd of about 300 looked on,’ one bystander told Cambridge Live.

POLICE are investigating a double murder following a lockdown street gathering of ‘hundreds of people’ in Manchester. A 36-year-old man died after reports of a shooting in Moss Side at about 12.55am yesterday. A 21-year-old was also taken to hospital with gunshot wounds but died later, Greater Manchester Police said. Last night no arrests had been made. Footage on social media showed a crowd of revellers tightly packed in the courtyard in darkness and dancing to loud music. Appealing for information, Det Insp Andrew Butterworth said there had been a community event at the site but it was not an illegal rave. Police vowed to take ‘serious action’ to deter such gatherings after two in Trafford and Oldham a week earlier. 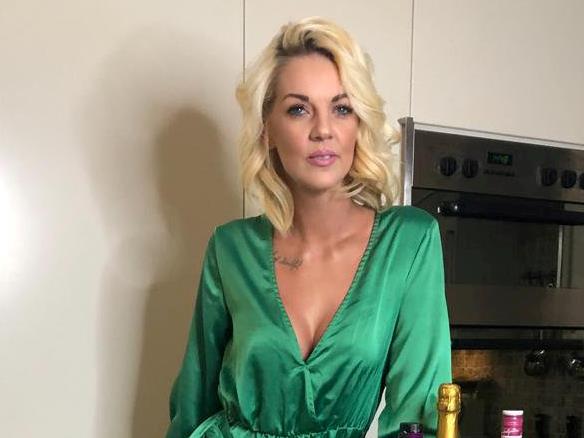 A WOMAN who became mute for two months after a mystery brain injury now speaks with a Polish, French, Italian or Russian accent. Emily Egan, 31, lost the ability to speak in January and when she finally was able to talk in March she had lost her Essex accent. Doctors now say she has the rare foreign accent syndrome. Ms Egan (pictured above), a children’s care home manager from Bournemouth, said: ‘It’s not just my accent that has changed — I don’t speak or think in the same way as before. I used to be good at accents and people ask if I’m putting it on — as if I could keep it up this long!’

A TRAINEE accountant was fired after a ‘loud tirade’ accusing her manager of ‘mansplaining’. Zhihui Lu asked Matt Brunton ‘who was he as a man to be telling her what she can and cannot wear?’, after she wore jeans to KPMG’s Canary Wharf office, a tribunal heard. She tried to show him her bra strap and told him: ‘I do not appreciate mansplaining.’ Ms Lu, who also ignored pleas to stop taking so much of the food left out for staff lunches, was sacked for gross misconduct in 2018. Her claims of unfair dismissal, harassment and discrimination were dismissed.

Phone details in cars a data risk, Which? warns

CAR sellers are putting personal data at risk by failing to wipe smartphone details, a survey by Which? shows. More than half of drivers who have sold in the last two years had linked a handset with the vehicle, allowing them to play their music over the stereo and make hands-free calls. Of these, half did not try to unsync the phone and a third made no attempt at all to wipe details. ‘If cars are not treated the same as a smartphone, tablet or other connected devices, motorists risk giving away a treasure trove of information,’ Which? said.