A TEACHER at Eton College has gone on trial accused of sexually assaulting pupils. Married father-of-two Matthew Mowbray (pictured), 49, is accused of nine attacks on pupils over a ten-year period at the world renowned £40,000-a-year school near Windsor, Berkshire. Mowbray, of Southampton, stood in the dock at Reading crown court yesterday and denied nine counts of sexual activity with a child. Prosecutors are expected to outline the case against him today.

AN ARTIST who hit the headlines over a picture of Boris Johnson faces a £55,000 court bill after a row over a £4,000 parking space. Helen Masacz, 56, refused to pay £2,000 to neighbour Bernard Chaney, 62, who wanted to split the cost of creating the extra space outside their homes in Palmers Green, north London. Judge Mark Raeside QC ruled the work could be done but Mr Chaney had to pay for it. He said the two parties should split the £110,000 cost of the case. In 2018, Ms Masacz invited the public to deface her £10,000 picture of Mr Johnson — which had hung in the National Portrait Gallery — due to his Brexit stance.

New Dawn! Vicar of Dibley back 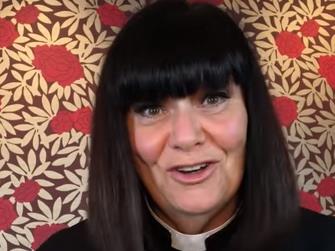 DAWN FRENCH will reprise her role in The Vicar Of Dibley in a Christmas special, the BBC has said. French, 63, returns as Geraldine Granger for The Vicar Of Dibley In Lockdown. ‘I couldn’t be happier. Bless you,’ she said. And writer Richard Curtis added: ‘There’s been a lot happening in Dibley this year — and Dawn has got a lot to say about it.’

One last laugh as Cannon joins big send-off for Ball

MOURNERS turned out in red braces as a wry tribute to Bobby Ball at the star’s funeral yesterday. Tommy Cannon (below with Ball) was among the guests paying their respects to his comedy partner. 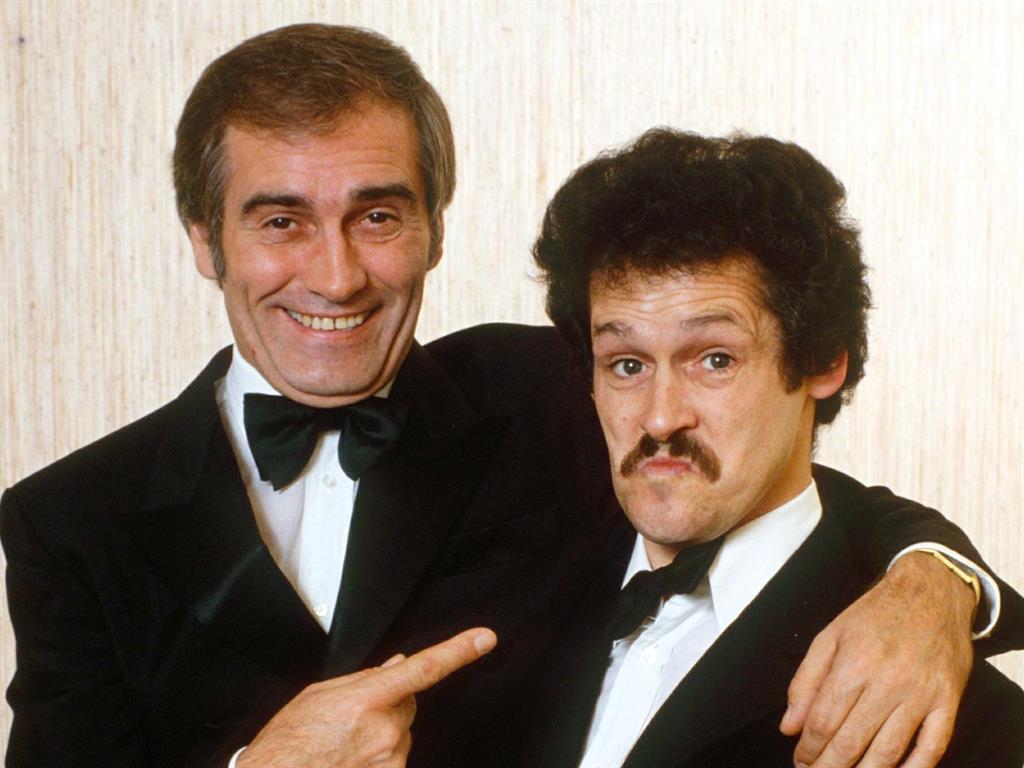 The Nolan sisters also attended the service in Blackpool, where the procession passed by the resort’s tower. Ball died last month aged 76.

BLACK people have been more than five-and-a-half times at risk of homicide than white people in the past 20 years, a study finds. The risk in England and Wales has remained at one in 100,000 for white people and two in 100,000 for Asians, Cambridge university’s Institute of Criminology finds. For black people, this has gone from a high of about ten in 100,000 in 2001 to a low of three in 2013. It was more than five in 100,000 last year. Those aged 16 to 24 are ten-and-a-half times more likely to be victims than white people, say researchers calling for ‘meaningful’ data to allocate police resources.

Cyclist beats OAP record at the ride old age of 88

THE oldest person to cycle from Land’s End to John O’Groats has had to do it twice — after realising he was the wrong age first time. Laurence Brophy rode the length of Britain in 2019 in a bid to claim the title but discovered it was held already by another 87-year-old. So the retired teacher got on his bike a second time to cycle the 874-mile route — and now, aged 88, holds the record outright. Mr Brophy, of Bridgend, south Wales, who completed the route in 25 days, said he couldn’t resist the challenge. ‘I knew I could be the oldest, and if I give myself a target like that I’ll stick to it — and I did,’ he added.

Divorces rise at highest rate for half a century

DIVORCES have increased at the fastest rate for nearly 50 years. The number of heterosexual couples splitting in England and Wales hit 107,599 last year — up 18.4 per cent from 90,871 in 2018. That was the largest annual percentage increase since 1972 — when a recent law change had made it easier to divorce — and the highest total since 2014. Same-sex divorces nearly doubled, from 428 in 2018 to 822, with female couples accounting for nearly three-quarters of splits. Lawyer David Leadercramer said the overall 2020 figure is likely to be even higher as the virus crisis has put huge strain on marriages.

A MUSIC producer and sound engineer died on a diving trip while on tour in Australia with the artist City and Colour. Suffolk-born Karl Bareham, 37, died on September 24 last year, an inquest in Ipswich heard. But the hearing was suspended until March next year while Australian police, who have seized the diving equipment, investigate. The health and safety regulator in New South Wales may issue criminal proceedings. Mr Bareham was living in Canada and had worked with Dallas Green, aka City and Colour, for 16 years. Following his death, Green posted: ‘We love you horse.’

Apple goods worth £5m stolen from lorry in M1 hijack

APPLE products worth £5million have been stolen from a lorry hijacked on the M1 in which the driver and a security guard were ‘targeted and tied up’. Raiders drove the lorry from a southbound slip road at Junction 18 in Northamptonshire last Tuesday to nearby Crick where its trailer was transferred to ‘an awaiting truck’, police said. This was found in Lutterworth, Leicestershire, without the 48 pallets of Apple goods.

Dogs barkin’ around the Xmas tree… 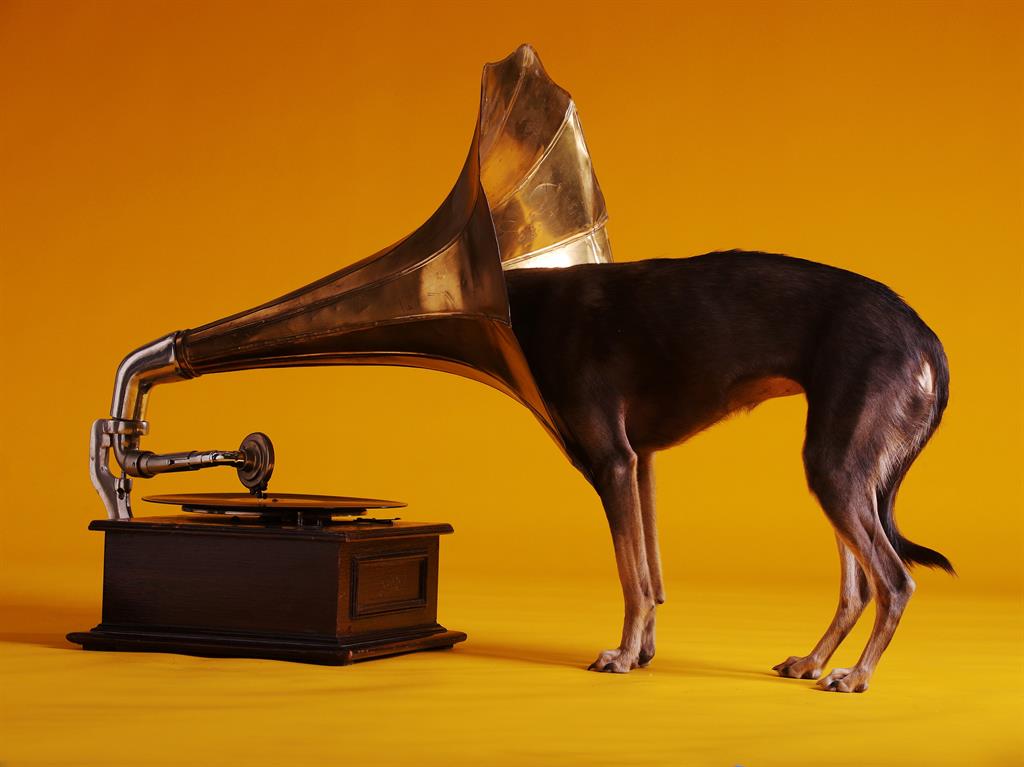 A CHRISTMAS single for dogs has been created at London’s Abbey Road studios. Producers played 500 sounds to 25 pooches and used the ones that got them most excited, such as the words ‘who’s this?’. The ‘Waggae’ track, Raise the Woof!, is out today.

DANGEROUS cladding like that used on Grenfell Tower will be removed from most other buildings by the end of the year, the housing secretary has said. Robert Jenrick told the BBC that ‘good progress’ in stripping aluminium composite material had been made. The cladding outside the west London block helped fuel the fire that killed 72 people in June 2017.

A MUSEUM of smells is set to be developed, recreating 500 years of aromas such as perfumes, tobacco and the stenches of ‘urbanisation and industrialisation’. The Odeuropa project will use artificial intelligence to find references to smell in literature and art dating back to the 16th century, creating an online archive as well as recreating scents to share in events across Europe.

■ A BRIDGE in East Sussex said to have inspired AA Milne’s ‘pooh sticks’ game in Winnie The Pooh has been smashed by a falling tree. The bridge near the author’s old home in Hartfield — famed for fictional stick races between Pooh and Christopher Robin — is closed indefinitely.

ABOUT 1,000 protesters demanding constitutional reform have clashed with police at Thailand’s parliament. The pro-democracy campaigners — many wearing white construction helmets — were pushed back by tear gas and water cannon as they tried to breach barriers in Bangkok. Video broadcasts showed a large number of injured people being helped or carried away. The protesters also fought with pro-royalist groups. They want curbs on the power of the monarchy, criticism of which is punishable by up to 15 years in jail.

A SERB ex-policeman has been accused of taking part in killing 51 civilians in Bosnia during the Balkans war. Dusan Culibrk, 50, was detained for suspected war crimes after he allegedly had a role in shooting 44 Bosniak and Croat civilians who had been detained in the Omarska camp in 1992, before killing seven more.

THREE sex traffickers in Nigeria who forced a 19-year-old girl into prostitution in Russia have received rare jail sentences. Siblings Vivian Omoyemwen Ehiozee, 31, and Endurance Ehiozee, 37, were each given 14 years and their mother, Helen Ehiozee, 54, received ten years at a court in Benin City, Edo state — a hotspot for sex trafficking. They arranged their victim’s travel to Russia in 2012 with the pretence of a job in a hair salon. Helen Ehiozee collected nail clippings and hair as part of a ‘juju’ ritual that made the girl believe she would be cursed if she tried to flee. In Russia, the victim was made to work off a $45,000 ‘debt’ by selling sex. Julie Okah-Donli, head of the National Agency for the Prohibition of Trafficking In Persons, said: ‘I’m delighted because we have been getting very light convictions.’

THE world’s last known white giraffe has been fitted with a GPS tracking device to help protect it from poachers. The male, who stands alone after a female and her calf were killed in March, is dangerously conspicuous due to its colour. The tracker will ping hourly to let rangers know its location in the Kenyan savannah, near the Somali border.