A MOTORIST who drove a car into six pedestrians in a ‘revenge attack’ has been jailed for 18 years. Thomas Broughton (pictured), 32, left after a scuffle outside the Waterlily pub in Ipswich before returning in his Audi A3 and swerving on to the pavement. One man suffered serious brain injuries in the attack on March 8. Broughton was convicted of dangerous driving and wounding with intent to cause GBH.

A MAN has been arrested in connection with the murders of 21 people in the 1974 pub bombings in Birmingham. The blasts tore through the Mulberry Bush and Tavern in the Town pubs on November 21, injuring a further 220 people. West Midlands Police, working with the Police Service of Northern Ireland, arrested a 65-year-old man at his home in Belfast under the Terrorism Act. Home secretary Priti Patel has said she would consider holding a public inquiry into the bombings. Victims’ relatives cheered the arrest. It follows the wrongful convictions of the ‘Birmingham Six’, who were freed in 1991.

DOZENS of arrests have been made after people-smuggling investigators found 69 migrants crammed on to a fishing boat off the coast of eastern England. The vessel was intercepted close to Great Yarmouth and escorted into Harwich harbour yesterday. Three crew members — a Latvian and two Ukrainian nationals — as well as 69 suspected illegal migrants of Albanian nationality were detained by Border Force and Immigration Enforcement officials. The crew members were held on suspicion of facilitating illegal immigration. They had sailed from Ostend, Belgium.

SIX in ten adults admit they used to take key workers for granted. Prior to the pandemic, one in four Brits did not consider delivery drivers essential, and 13 per cent felt the same way about teachers. But three-quarters now make a conscious effort to thank those providing a vital service. The most gratitude is given to nurses, doctors and paramedics — followed by delivery drivers, bin collectors and care workers. Geoffrey Dennis, CEO of animal charity Spana, which carried out the poll of 2,000, said: ‘There is now far greater recognition for workers in a wide variety of roles who carry out essential work.’

THE risk of skin cancer from tanning beds or sunbathing is higher than previously thought, a US study finds. Exposure to UV light ‘plays a major role’ in producing mutations that lead to melanoma, say scientists at Washington State University. They irradiated 150 yeast colonies with UV lamps 15 times for eight seconds over a month and found about 50,000 mutations — half of which were linked to skin cancer. Malignant melanoma, the deadliest form of skin cancer, kills about 2,300 people every year in the UK.

Abuser’s victim feared she was moments from death

A WOMAN thought she would be killed by her abusive boyfriend when he made her meet him in a field and ordered her to kneel, a court heard. Naomi Baxter, 22, fled when Connor MacDonald, 23, put his hand down the back of his trousers, fearing he would pull a knife. She had been abused for months by MacDonald, from Blackpool, who was jailed for a year at Preston crown court after admitting assault and threats to kill.

THE world’s largest wild seed bank has reached its 20th anniversary, with 2.4billion seeds preserved. The Royal Botanic Gardens’ Millennium Seed Bank in West Sussex stores 39,000 useful or rare species in a radiation-proof vault, including a flower wiped out in the wild by a landslide and a relative of the carrot more tolerant of climate change. Kew’s Richard Deverell said: ‘As we face the toughest decade ever for our planet, the work of the Seed Bank couldn’t be more important.’

A SINGLE hazelnut shell provided a crucial clue for archaeologists who believe they have discovered a stone age camp in the New Forest. The charred remnant was shown by radiocarbon dating to be nearly 8,000 years old. It was found along with a ring ditch monument in digs carried out by the National Park Authority at the Beaulieu Estate, Hampshire. PICTURE: SWNS

UK MUSICIANS earned £5.8billion last year but the pandemic has cut incomes by up to 80 per cent since then, a report says. Hits from stars such as Ed Sheeran and Dua Lipa helped the sector grow 11 per cent in 2019, with record employment, according to UK Music’s report Music By Numbers. But boss Jamie Njoku-Goodwin said Covid has had a ‘catastrophic’ impact, with lack of live gigs knocking 65-80 per cent from pay.

A DRUG once used to treat high blood pressure can help alcoholics beat the booze, a US study says. Drinkers who suffered severe withdrawal symptoms when they tried to quit ‘significantly reduced’ their heavy drinking binges when given prazosin. Prof Rajita Sinha, of Yale University, said: ‘There has been no treatment readily available for people who face severe withdrawal symptoms and these are the people at highest risk of relapse.’

■ A DAUGHTER was left with the clothes on her back after thieves stole a removal van containing her possessions and her dead mother’s ashes. Linda Lye, 68, was ‘devastated’ after the theft in Bridgwater, Somerset.

■ THE £2million, once-a-century refurbishment of York Minster’s Grand Organ has entered its final stage. The 1830s organ is being ‘voiced’ to ensure its 5,403 pipes all play the right note — entirely by ear.

■ FRIENDS trying to set a record for rides on the Stealth rollercoaster at Surrey’s Thorpe Park lost count — because they got too sick. Rhys Simmons and Jamie Kamaz, both 24, are ‘pretty sure’ they got to 100.

Boeing 737 Max cleared for US take-off after crashes 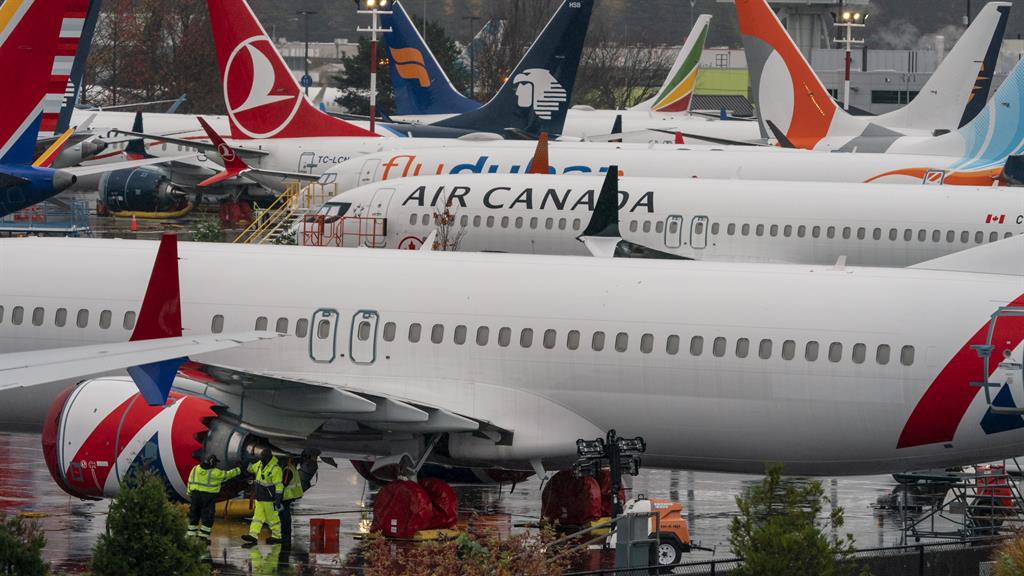 THE troubled Boeing 737 Max plane has been cleared to fly in the US after two air accidents prompted a 20-month inquiry. The Federal Aviation Administration ruling — likely to be followed in Europe — comes after software and wiring changes. Pilots will also need re-training. The planes were grounded in March 2019 after the crashes in Indonesia and Ethiopia killed 346 people. Michael Stumo, whose daughter died, maintains: ‘The flying public should avoid the Max.’

■ THREE hospital staff have been arrested in Nairobi, Kenya, after a BBC investigation into child trafficking. The report said babies were stolen from vulnerable mothers and sold for just £300.

■ CONGO is Ebola-free for the first time in more than two years, with no new cases for 48 days. Its latest outbreak began in the west in June while a severe one that killed 2,280 people in the east was ongoing.

■ IRAN is operating 174 centrifuges at its nuclear site in Natanz, UN atomic watchdog the International Atomic Energy Agency has said. However, this does not increase Tehran’s uranium-enriching capabilities.

■ AN ISRAELI air strike has killed three Syrian soldiers at Damascus airport. Troops claimed that improvised roadside bombs found on the border in the Golan Heights had been placed by a ‘Syrian squad led by Iranian forces’.

■ THE US says it is dropping drug trafficking charges against Mexico’s former defence minister Salvador Cienfuegos so he can be investigated in his own country. He was arrested at Los Angeles airport last month.

■ A SELF-STYLED prophet was arrested in Malawi after fleeing South Africa. Shepard Bushiri, who claims he can cure HIV, and wife Mary had been awaiting trial for money-laundering, theft and fraud.