POLICE have launched a serious crime investigation after three people, said to be a couple and their daughter, died in a house fire. Neighbours called firefighters when they spotted the blaze at the house in Hemel Hempstead, Hertfordshire, on Sunday. But the victims — named locally as Gary Walker, 57, his wife Caroline, 50, and daughter Katie, 24 — were all pronounced dead at the scene after being dragged from the fire, said to have been started deliberately. Forensic teams were later seen removing items from the home. Det Insp Iain MacPherson said police were not looking for anyone else in connection with the deaths, and were ‘treating this as an isolated incident’. He added: ‘Our thoughts are with the family and friends of the three people who have sadly died.’ 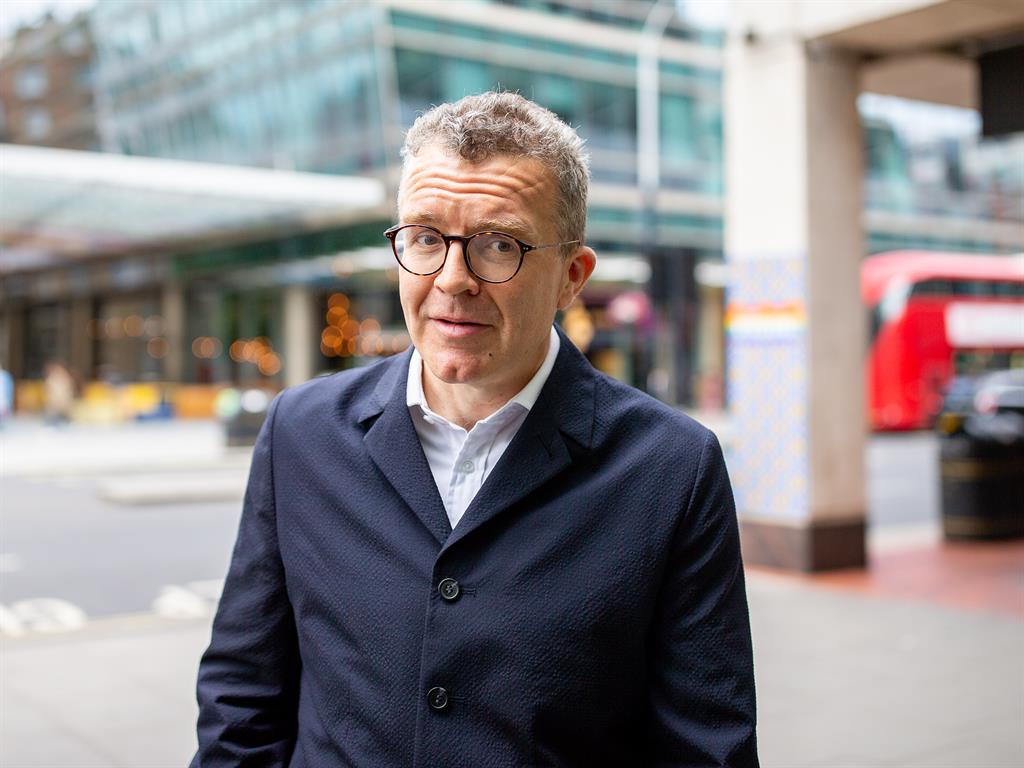 LABOUR’S ex-deputy leader has been made chairman of UK Music, the body representing the music industry. Tom Watson (pictured) said he will work to protect ‘the jewel in the crown of British culture — commercial music’, and seek urgent talks with officials to help the ‘devastated’ sector combat the impact of Covid-19. ‘At the heart of the sector are songwriters and musicians, many thousands of whom stand ready to serve in the national effort against the virus,’ the former West Bromwich East MP added.

A DIABETES patient living on a remote Irish island is the first to receive a drone delivery of insulin. The self-flying aircraft made a 16-minute flight from Galway to the Aran Islands, returning with a blood sample for doctors to check blood glucose levels. Prof Derek O’Keeffe, of the National University of Ireland, said the package was insulated to stop the insulin getting too hot and a lock was put on it in case it went to the wrong house.

Ex-engineer thinks inside the box 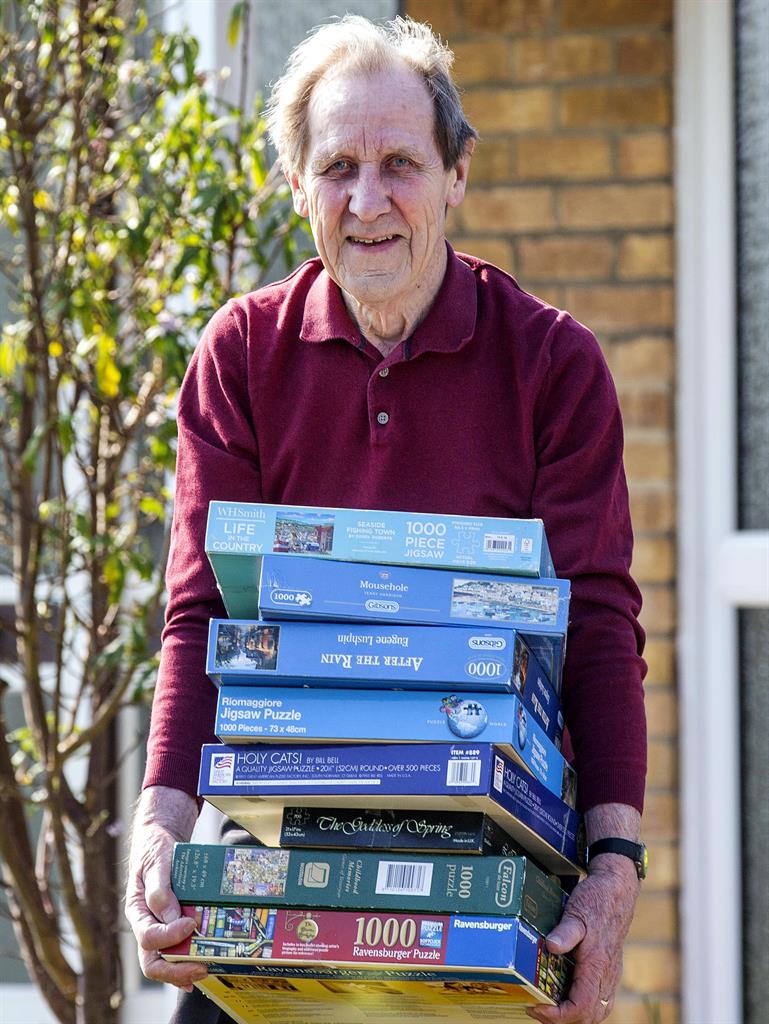 WHEN Malcolm Pearce tries to explain his voluntary job to friends, he admits they can be a bit, er, puzzled. The retired engineer, 84, of Saltford, in North East Somerset, checks jigsaws handed into charity shops for missing pieces. He then signs them, seals the box and gives them back for resale. He said: ‘I have loved jigsaws all my life.’

WARNING labels should be displayed on petrol pumps to highlight the risks from fossil fuels, health experts say. Labels similar to those on cigarette packets should also appear on airline tickets and energy bills to state how fossil fuel affects the climate and adds to air pollution, which kills 3.5million people each year. Dr Mike Gill, an ex-regional health director, said the labels connect the threat with ‘the here and now’.

Secret’s out as security service veteran is new MI5 boss 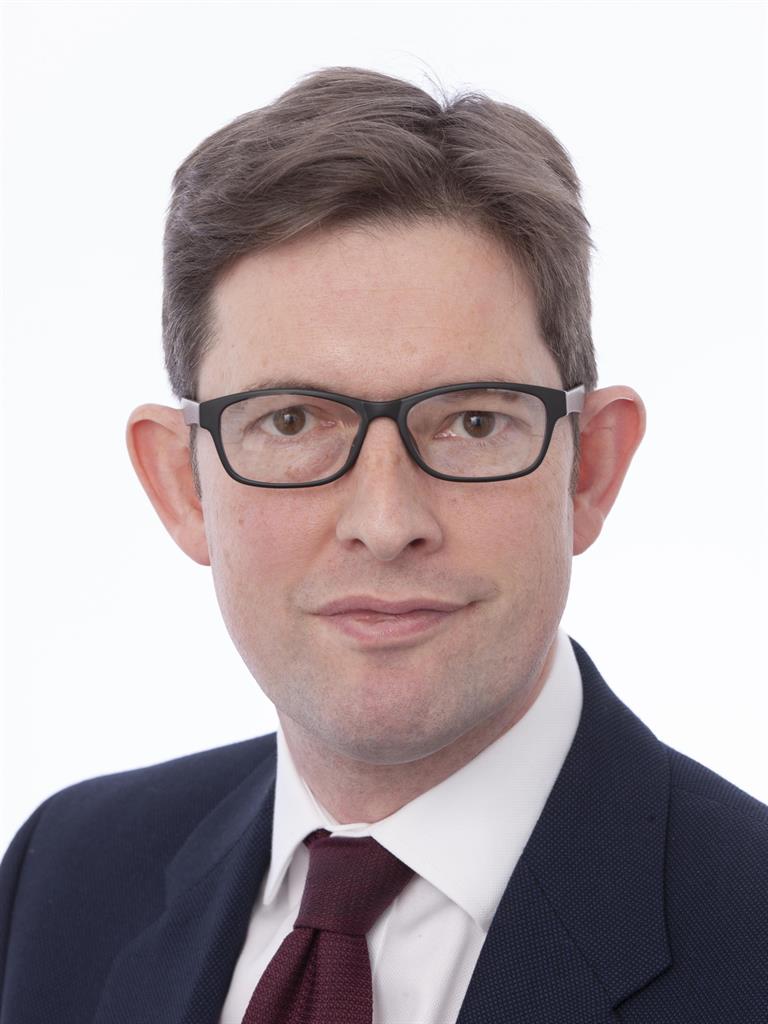 MI5 veteran Ken McCallum has been appointed the new director general of the security service. He takes over from Sir Andrew Parker, who retires next month after seven years in charge. Mr McCallum (above), who grew up in Glasgow, describes himself as ‘an active father who enjoys mountain hiking’. He has 25 years’ experience in MI5, and was in charge of the investigation into the Salisbury novichok attack on ex-Russian spy Sergei Skripal. He has been deputy director general since 2017 and said his promotion was ‘a huge privilege’ after devoting his working life to MI5.

OLDER people exposed to air pollution are more at risk of dementia, particularly if they suffer from cardiovascular disease, research suggests. Scientists from the Karolinska Institutet in Stockholm, Sweden, studied around 2,900 people for up to 11 years. One in eight ended up with dementia, with higher levels of exposure to air pollution linked to an increase in cases.

3D PRINTERS can be used to create soft, flexible brain implants, replacing the harmful metal ones in use now, researchers at MIT in the US have discovered. The probes will be able to produce high-res pictures of brain activity without causing scarring and could help ease epilepsy, Parkinson’s and depression. 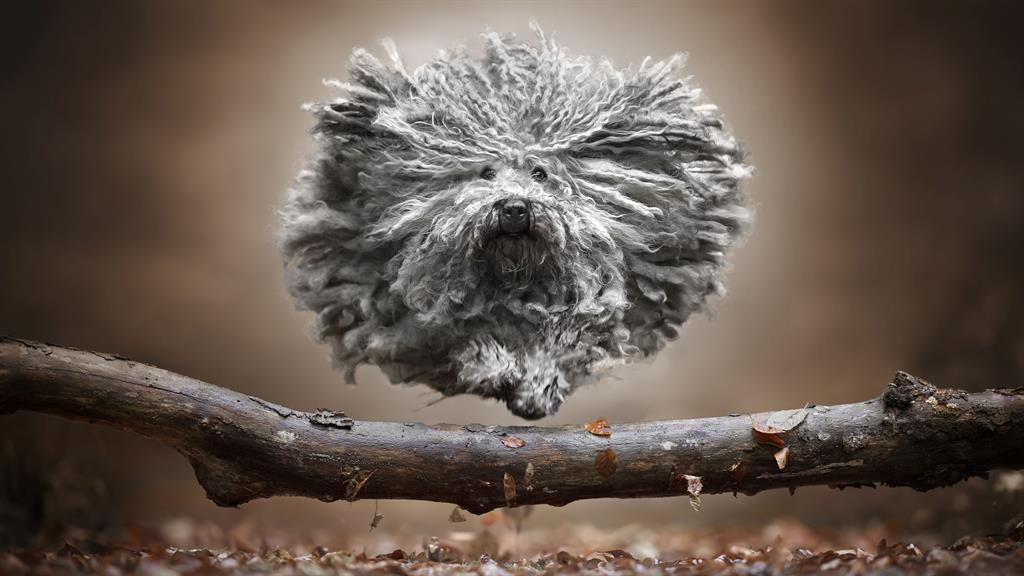 ■ IT MAY look like a ball of wool but this is actually a Hungarian puli sheepdog in full flight. The image was captured by Italian photographer Claudio Piccoli, who said he wanted to ‘catch his soul through his eyes’.

Camera found after 6 years in river… with all its pics

A COUPLE who lost their camera in a river have got it back along with almost 200 family snaps after it was found eight miles downstream — almost six years later. Alice Woods, 49, and Rob Davison, 52, were canyoning with their daughters when the waterproof Fuji FinePix fell off one of the girls’ wetsuits in July 2014 at Fairy Glen in Betws-y-Coed, north Wales. It was discovered by walker Llion Gerallt beside the River Conwy in Llanrwst. He took it home, dried out the memory card and posted some of the images online in a bid to find the owner. Friends of the couple saw the snaps and got in touch. Speech and language therapist Alice, from Sheffield, said: ‘I couldn’t believe it. It was a long time for the photos to have survived at the bottom of the river.’

A CLEANER who stole £30,000 from the central London hotel suite of a wealthy tourist has been jailed. Gabriel Apostu, 45, used his staff pass to enter the room at the InterContinental where Indonesian businessman Hendrik Setiawan was staying. The guest had been keeping £100,000 in cash locked in a safe but returned to find the strongbox ajar. Apostu tried to flee the country but was caught at Southend airport. He was held under a European arrest warrant after hotel security identified him on CCTV, Southwark crown court was told. Nicholas Mesure, prosecuting, said the victim came on holiday to the UK last May with the money ‘in sealed bundles of £5,000’. When he checked the safe, he found that £30,000 was missing. Judge Peter Testar said the defendant ‘went equipped for burglary’. Apostu, of no fixed address, admitted the charge and was sentenced to 16 months’ jail.

‘Merciless’ teen killer given life for gang murder of boy, 15, in park

A TEENAGER has been jailed for life for murdering a 15-year-old boy in a ‘planned and targeted’ gang attack. The killer, 16, who cannot be named, ‘showed no mercy’ during the attack on a group of unarmed young people in a park in Hackney, east London, last May. Tashaun Aird, a talented musician, was knifed nine times in the chest and back as he and his friends tried to flee. The 16-year-old, who was also found guilty of wounding a second teenager, was handed a minimum of 17 years at the Old Bailey. Romaine Williams-Reid, 18, and a youth of 16 were each given a total of 12 years for manslaughter and wounding.

■ GENDER equality in the workplace has stalled since a boom in the 1970s and 1980s. Although the pay gap has narrowed, women’s chances of advancement have slowed, say New York University researchers.

■ EXTREME hot weather trebles the risk of heart-related deaths, say scientists at Kuwait University. They studied 15,000 deaths and how many died on 35C days versus times when it was 43C or higher.

■ A DONKEY found buried with a Chinese noblewoman who died in 878AD is believed to have been the steed she rode to play polo. Its bones show it did a lot of sprinting and turning, rather than long treks, archaeologists say.