A FATHER and his two children walking their dog were hit by a suspected drink-driver and killed in Cumbria. Police yesterday named the three as Joshua James Flynn, 37, his son Coby-Jay, 15, and daughter Skylar, 12. Their dog Troy also died in the collision at Dalton-in-Furness around 2.30pm on Sunday. The family lived locally and are believed to have been out for a Father’s Day walk. Cumbria police said a 47-year-old-man who was driving a Peugeot 206 has been arrested on suspicion of drink-driving and three counts of causing death by dangerous driving. He suffered injuries which are not thought to be serious. Local Ian Singleton, who arrived at the scene soon after the crash, said: ‘I’m still shook up. My thoughts go out to the family.’ Officers have appealed for anyone who witnessed the incident or has dashcam footage to contact the serious collision unit or call 101.

KitKat takes a break from Fairtrade farmers in Ivory Coast

BAKER Dean Dixon, 49, is to create a vanilla slice which dwarfs this 8lb version that he regularly makes at Dixon Bros, Hull. He’ll give the 44lb dessert to staff at Hull Royal Infirmary and is inviting donations to the hospital via GoFundMe.

A FATHER-OF-FIVE who died after being attacked in a park has been described as ‘a loving husband and daddy’ by his widow. Wayne Hoskyns, 41, was assaulted in Crayford, south-east London, on Friday. His widow, whose name has not been released, urged witnesses to come forward, saying: ‘Our hearts are breaking.’ Police want to speak to a couple who were in Cray Gardens with a pet carrier, possibly containing a small dog. A 42-year-old man held on suspicion of murder has been released with no further action. 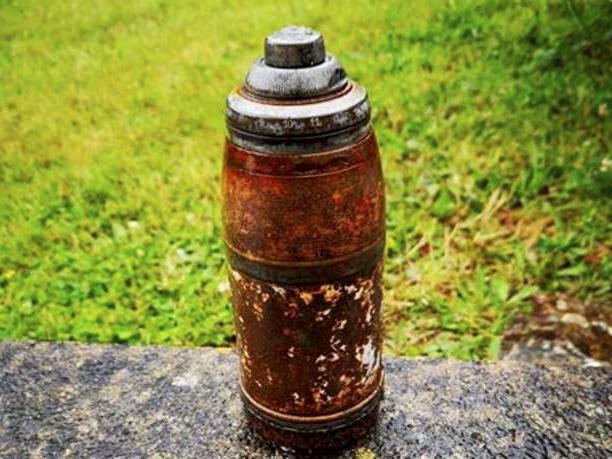 A RUSTING Royal Navy shell has been destroyed by the bomb squad after being used as a doorstop for 30 years. Devon and Cornwall Police were called to a house in Teignmouth after a member of the family became concerned about the antique. They confirmed it was an MK2 British 12lb shrapnel round used in the late 19th century and during World Wars I and II. It was removed by experts from the bomb disposal squad who took it to nearby Ness Beach where it was destroyed. 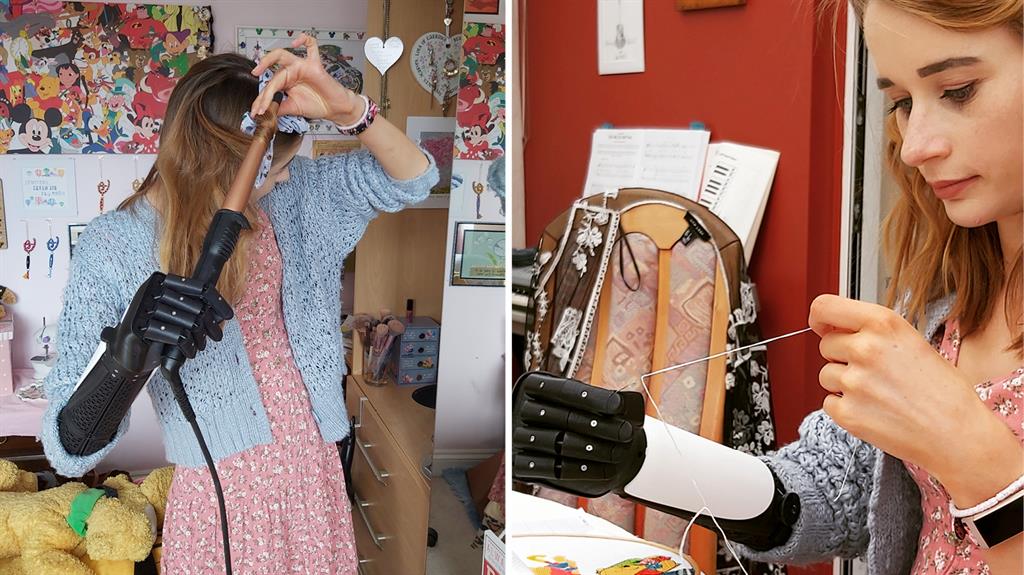 A TEACHER born without her right forearm has been able to use a knife and fork for the first time after being fitted with a bionic limb called a Hero Arm. Vikki Smith, 25, can also cross-stitch and use curling tongs. Her primary school pupils have dubbed her ‘super teacher’. The £10,000 arm was made on a 3D printer by Bristol-based Open Bionics. It was paid for by the Worshipful Company of Glovers. Ms Smith, from Berkshire, said: ‘I love it.’

BRITAIN ‘unequivocally recognises’ Venezuelan president Nicolas Maduro’s government, despite considering his position to be ‘illegitimate’, a court has heard. The claim was made by lawyers for Banco Central de Venezuela (BCV) which is fighting in the High Court for the release of £800billion of gold bullion held by the Bank of England. The Bank is caught in the middle between the Maduro-appointed BCV board and one delegated by opposition leader Juan Guaido.

HS2 bosses have told a judge that continued protests by campaigners opposed to the high-speed rail line are costing ‘in the region of £16million’. An order was made by Judge David Holland in May last year banning unlawful protests around a construction site in an area of woodland in Hillingdon, west London. But in a virtual hearing, HS2’s barrister Tom Roscoe told him the ‘relentless’ incidents had continued, resulting in a delay ‘and additional security costs’. Sailesh Mehta, representing a campaigner, said there was ‘huge public opposition’. The judge is expected to consider further orders at a future hearing.

A PAEDOPHILE arrested after arranging to meet a child was found to have evidence at his home that linked him to abuse of a youngster a decade ago. Roger Vye, who had distributed images to other perverts online, has now been jailed for 16 years. After his arrest in London last October, officers searched his home in Odsey, Hertfordshire. They discovered that he had carried out offences against a victim in Kent, where he used to live, over two years from 2009. Vye, 55, was sentenced at Woolwich crown court after admitting a series of charges including sexual assault of a child under 13 and attempted rape of a child under 13.

IT IS a ‘palpable absurdity’ that Harry Dunn’s alleged killer claimed diplomatic immunity, a former UK ambassador has said. Anne Sacoolas, the wife of a US official based at RAF Croughton in Northamptonshire, benefited from protection that did not apply to her husband or colleagues, said Sir Ivor Roberts. Immunity for staff at the base does not apply if they are off duty. But Ms Sacoolas, 42, who admits driving on the wrong side of the road when she hit Harry, 19, last August, used it to flee to the US. Sir Ivor called it ‘wholly illogical’ that different rules would apply to family members. The claim of immunity is to be the subject of a judicial review trial.

■ MAN-MADE pollution has been found in the deepest spot in the ocean — six miles down in the Marianas Trench. Fish carcasses retrieved from the Pacific chasm contained mercury, said Dr Ruoyu Sun, of Tianjin University in China.