A THIEF who stole £500 from a 97-year-old in a care home was spared jail to turn his life around. Samuel Mwangi, 32, who had lied about his CV and a police caution to get the carer job, admitted handling stolen property and two counts of fraud. But Judge Anthony Potter, at Warwick crown court, noted Mwangi (pictured), of Coventry, had been accepted as an Army reservist and agreed jail would wreck his chance of ‘making good of himself’.

Big Bang shines light on true age of the universe

THE age of the universe has been confirmed at 14billion years. Until 2019, it was only estimated to be this based on observations by the European Space Agency’s Planck satellite which measured remnants of the Big Bang. As such, scientists at Cornell University in the US decided to take a fresh look at the ancient light using the Atacama Cosmology Telescope high above the Atacama desert in Chile. Their observations now suggest the universe is 13.77billion years old, give or take 40million years.

A 6FT cuddly bear, R2-D2 from Star Wars and a William Shakespeare outfit — with skull — were among the most bizarre belongings left behind by guests at Travelodge hotels last year. A money tree bearing £50 notes, a 60-year-old wedding certificate and an engagement ring were also found in rooms. One guest in Chester left the keys to a Bentley, while one in London forgot a file containing £500,000 worth of shares. Shakila Ahmed, for the 563-hotel chain, said ‘valuable possessions are easily forgotten’ as guests rush to check out.

TEENAGERS who use e-cigarettes are three times more likely to become daily smokers than those who do not vape, a study shows. US scientists, who studied the smoking habits of 12 to 24-year-olds from 2014 to 2018, said e-cigarettes are a ‘gateway’ habit which could reverse decades of decline in smoking numbers. ‘The start product has changed but the end product has stayed the same,’ said Prof John Pierce, of the University of California, San Diego. ‘When users become dependent on nicotine, they are converting to cigarette smoking.’

Athlete urges Met to ‘do more’ over bias training

TEAM GB sprinter Bianca Williams has called for ‘effective’ racial bias training by the Metropolitan Police following a review of its use of handcuffs after she was subjected to a stop and search. The athlete welcomed the force’s announcement that it will improve its ‘training, policy and processes’ after the report. But Ms Williams — who accused the force of ‘racially profiling’ her and her partner when they were stopped in west London last July — added she wanted to see ‘better training on the use of force and not just in relation to handcuffs’.

Denise: I’ll get married as soon as we can all go Outen 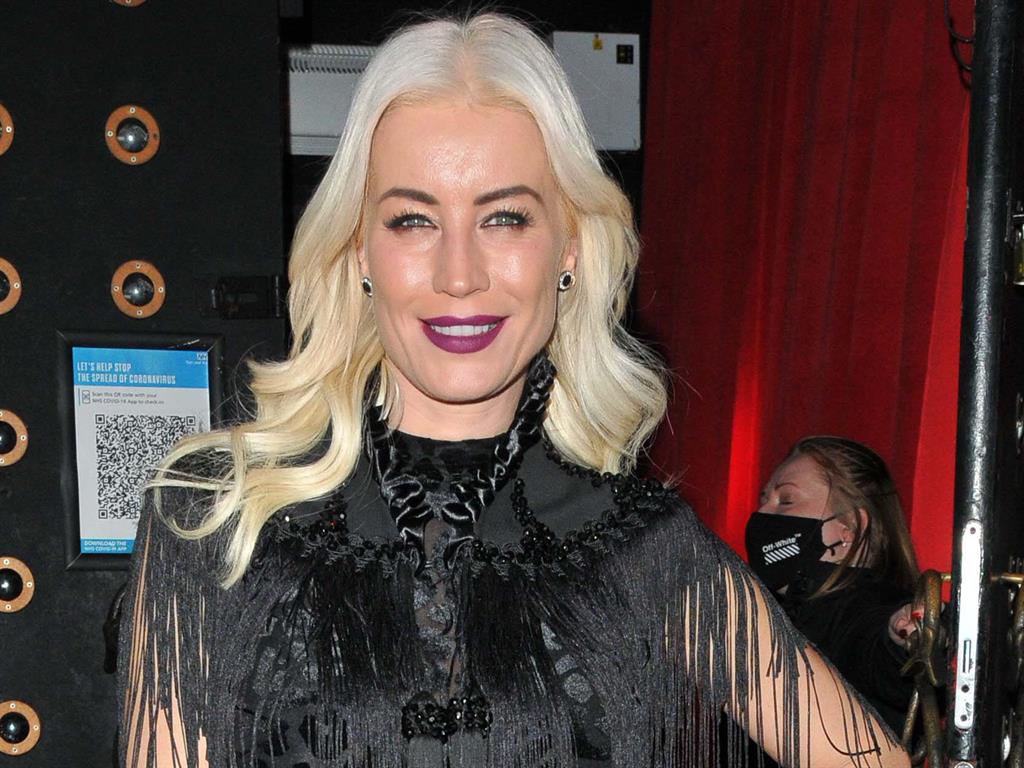 DENISE VAN OUTEN plans to marry her long-time partner as soon as lockdown ends — and they have ironed out all their pre-marriage ‘niggles’. The actress and presenter (above), 46, said city trader boyfriend Eddie Boxshall has not proposed but they are talking with a counsellor for their podcast Before We Say I Do. ‘I never understood why a lot of people dive into marriage without ironing out their niggles first,’ the mum-of-one told Hello magazine.

Doctor told ‘12-year-old’ she was hot in web chat

A FORMER doctor who messaged a 12-year-old decoy and told her she was ‘hot’ has avoided jail. Umar Tahir, 38, of Rochdale, was caught by undercover police. Minshull Street crown court, Manchester, ordered him to do 200 hours unpaid work and 30 days of rehabilitation. 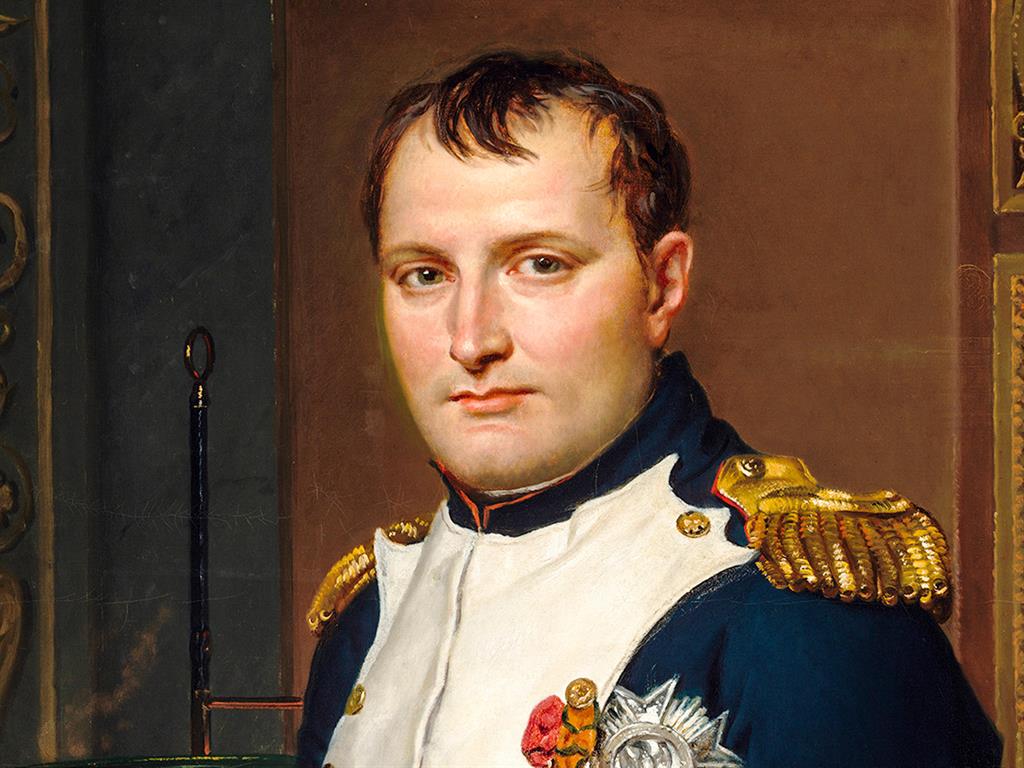 THE key to the room where Napoleon died in exile in 1821 will be auctioned after being found in a trunk in Scotland. Military man Charles Fox took the souvenir on remote island St Helena and his descendants ‘tucked’ it away. 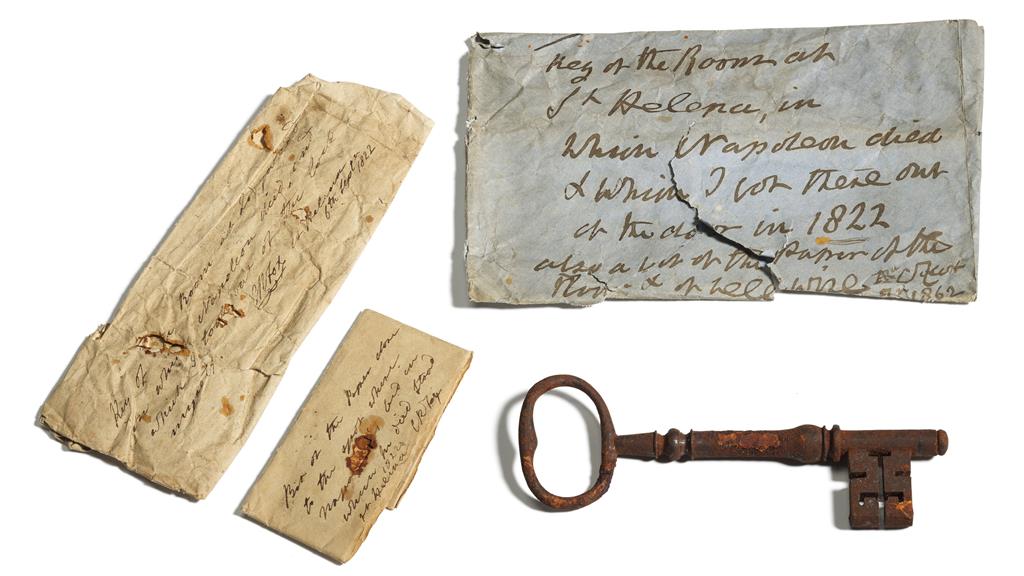 Napoleon (pictured) was a prisoner after defeat at Waterloo. The key, with a note by its finder, could fetch £5,000 at Sotheby’s. PICTURES: PA/ALAMY

A 50p coin has been launched to mark the 50th anniversary of decimal currency on February 15. The Royal Mint’s Dominique Evans, who designed the coin, said it celebrates our nostalgia for pre-1971 shillings and pence. The coin is priced at £10, rising to £2,175 for a gold version.

House exploded? No cat-astrophe for Vlad

VLADIMIR the cat is expected to make a full recovery after surviving a suspected gas explosion at a home in Portsmouth. Owner Michael McCormick, 52, said the family was ‘overjoyed’ when the nine-year-old turned up five days later with just scorched fur and singed whiskers.

BELARUS’S president has vowed to reform the country’s constitution by the end of the year amid allegations of election fraud. Alexander Lukashenko, 66, who has been in power since 1994, has seen his latest term in office marred by violence since an election in August last year. Voters will ‘determine at a referendum (to be announced next month) if there should be a new constitution or not,’ he said. If reforms are adopted, he has pledged to resign. But critics fear his ploy is a stalling tactic to help him ride out the unrest and cling on to power.

MOST of Pakistan was plunged into darkness after a major technical fault in its electricity distribution system caused a massive power cut on Saturday night. The blackout was reported on social media by residents of major cities including Karachi, Lahore and Islamabad. Hours after the incident, energy minister Omar Ayub Khan tweeted that power was being restored in phases. A fault at the Guddu power plant in Sindh province triggered the shutdown of other plants in seconds, he added. A government spokesman warned that full restoration across the country would take some time.

■ A BOY aged 14 has been arrested on suspicion of robbery after an incident which left a delivery driver fighting for his life. The man in his 50s was knocked down by thieves who stole his Mercedes in Stockport, Greater Manchester, on Friday. The youth remains in custody.

■ A GREGGS sausage roll is only four minutes’ walk away for the average city-centre visitor. The bakery chain is the easiest fast-food outlet to reach, as branches lie an average 0.28 miles away from the centre of 100 UK towns and cities, Vanarama found.

■ THOSE who live alone are more likely to die from breaking their hip than those living with a partner, as social support is linked to ‘better immune functioning’, warns a Norwegian study. The risk is 37 per cent higher for single men and 23 per cent for single women.

■ TOMATOES rich in L-DOPA, which is used to treat Parkinson’s disease, have been grown by experts at the John Innes Centre in Norwich. The genetically modified fruit offer a cheap new source of the compound that could benefit patients in poor countries.

■ AN AFGHAN air strike against the Taliban is being investigated over claims it resulted in the deaths of 14 civilians. Officials in the southern province of Nimroz said those killed in Saturday’s attack were all from one family.

■ A GUNMAN killed three people before being shot dead by police in Chicago. Jason Nightengale, 32, murdered a student sitting in a car, an elderly woman picking up her mail and a guard at a block of flats.

■ LIMITS on how US diplomats can contact Taiwan have been lifted by outgoing secretary of state Mike Pompeo. The move is likely to increase tensions with China — which refuses to recognise Taiwan.