JOHN HUMPHRYS has said he earned ‘too much’ while hosting the Today Programme on BBC Radio 4. The 76-year-old (above), who retired last month, volunteered last year for a cut from £600,000 to £250,000 amid a row over the Beeb’s gender pay gap. Asked if he should have called instead for female presenters to earn the same as him, he told BBC Radio 5 Live: ‘It would have been bonkers. Somebody has to pay for it and that somebody is the licence-payer.’ 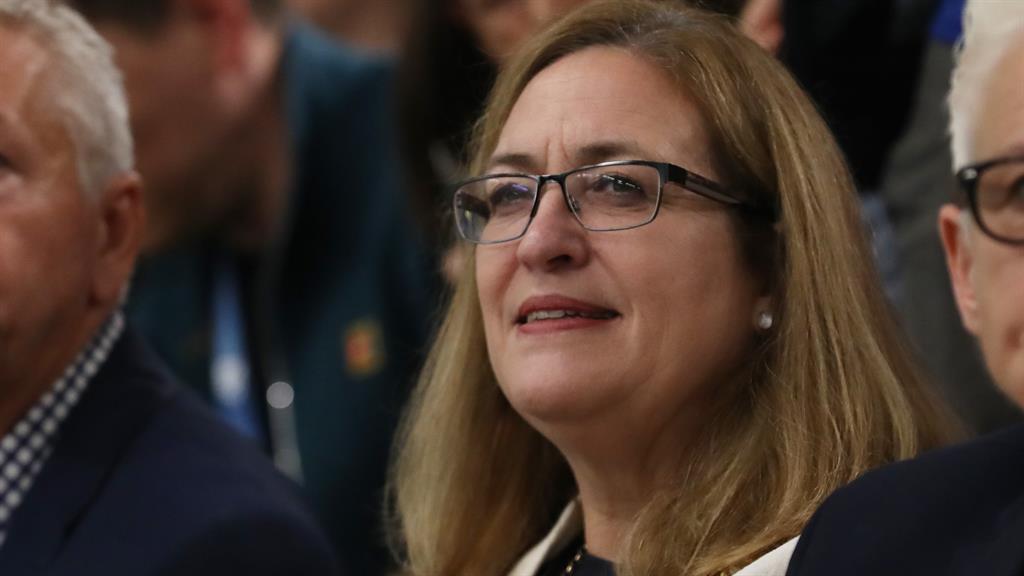 THE Lord Provost of Glasgow is facing calls to resign after it emerged she has claimed £8,000 in expenses for clothes, shoes and beauty products. SNP councillor Eva Bolander (pictured) spent £1,150 on 23 pairs of shoes and £435 on seven blazers from May 2017 to last August, the Daily Record reported. The civic leader also claimed £751 for ten haircuts, £479 for 20 nail treatments and £152 for underwear. Glasgow council said she was entitled to the expenses as she represents the city at events. But Labour MSP James Kelly called her spending ‘grotesque’.

THE head of the NHS has urged the government to be ‘led by evidence’ showing sugar taxes work, ahead of a report set to call for their expansion. Simon Stevens, speaking at the NHS Providers conference, in Manchester, warned ‘poor diet’ was now ‘a bigger risk to ill health than smoking’ as he demanded more action to tackle obesity. Outgoing chief medical officer Dame Sally Davies is expected to call for an extension to the tax on sugary drinks when she publishes a report this week.

THE wife of England cricketer Ben Stokes has dismissed as ‘crazy’ reports of a physical altercation between the couple. Pictures emerged yesterday of Stokes, 28, and wife Clare appearing to have a confrontation at last week’s Professional Cricketers’ Association event in north London. But in a Twitter post, she said: ‘Unbelievable what nonsense these people will make up!’ She included a photo of her ‘squishing up’ her husband’s face as a sign of ‘affection’ as well as one of them together at the prizegiving. The England and Wales Cricket Board said it was satisfied with the ‘innocent context’ behind the pictures.

A WOMAN was seriously injured after falling from a fairground ride and hitting a teenage boy below. The accident happened at Hull Fair on Monday. Ben Corran, 16, was knocked out when he was struck but had only minor injuries. Safety officials are investigating.

Ear… there’s a new bongo in the group 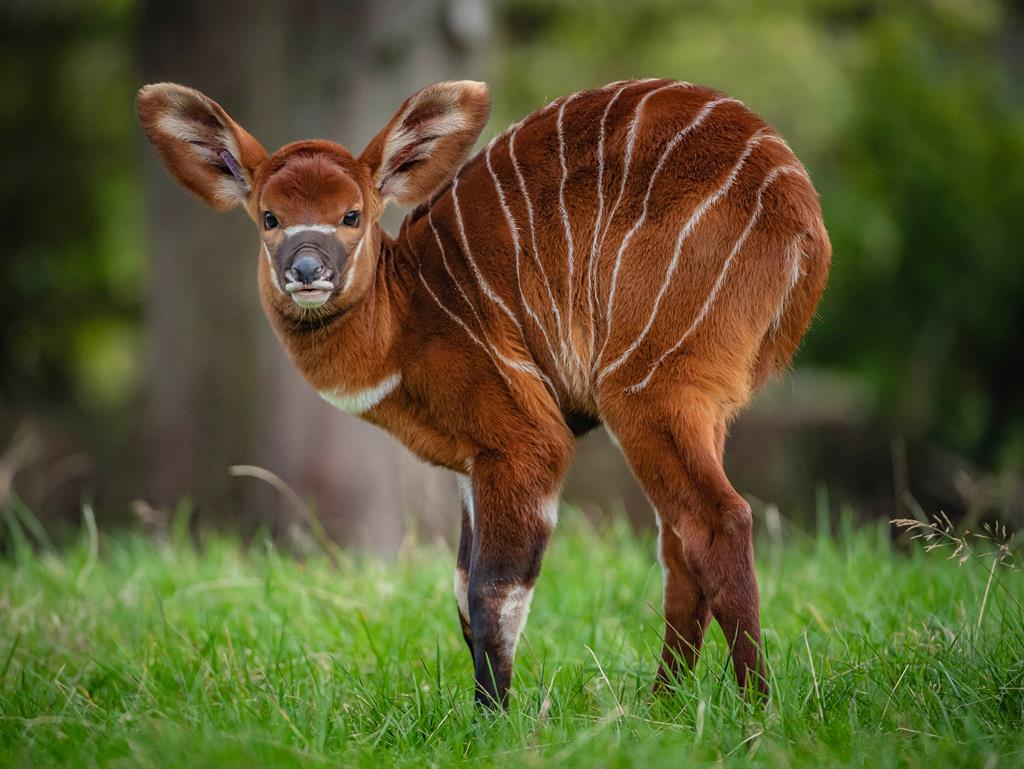 ONE of the world’s rarest mammals has been born at Chester Zoo. The Eastern Bongo, known for its large ears, is just one month old but is already fitting in with the rest of her group. Just 70 remain in their native East Africa.

Three hurt as raft flips over at Center Parcs

A raft flipped over on a Center Parcs ride, injuring a man and two children. The man had hospital treatment for suspected broken ribs and his nephew and niece, aged 12 and 13, suffered minor head injuries on the Tropical Cyclone ride at Longleat in Wiltshire.

MEN living near busy roads are more likely to go bald, says a study. Scientists found particles in exhaust fumes destroy proteins which support hair growth and retention. Among them is beta-catenin, which turns skin cells into hair. Male pattern baldness is known to be hereditary but environmental factors may make it worse. Study leader Dr Hyuk Chul Kwon, of the Future Science Research Centre in Seoul, South Korea, said it showed ‘how the most common air pollutants lead to hair loss’.

■ VIOLENT hate crime against the disabled increased by 41 per cent in 2018/19, figures reveal. There were 5,015 reported hate crimes, with 2,538 involving violence, according to the data obtained by the Leonard Cheshire charity.

■ INSTAGRAM has become the latest app to launch a dark mode option for users. The all-black background will help users avoid eye strain and reduce their battery use. It will be available for devices running iOS 13 or Android 10.

■ A WEBSITE created to refund Thomas Cook customers has been targeted by fraudsters, the Civil Aviation Authority has warned, adding ‘suspicious’ claims will be reported to the police. More than 100,000 claims have been made since the site went live this week.

■ THE No.1 winter stress for home-owners is being left with no heating or hot water, a poll shows. Boiler breakdowns are even more annoying than energy bill increases and bouts of cold or flu, shows the research by smart home tech installers BOXT.

■ A COMPOUND in tomatoes could tackle fertility problems in men, a study has found. Lycopene, which gives tomatoes their red colour, can boost sperm quality, research by Sheffield university scientists found.

■ SIX suspected people smugglers have been questioned in the UK and France after an Iranian woman drowned off the Kent coast trying to cross the Channel. One of the suspects was in the boat with her.

■ THE number of girls applying to take a course run by GCHQ’s National Cyber Security Centre is up 47 per cent in a year. The CyberFirst course is ‘nurturing the next generation of experts’, said the centre’s Chris Ensor.

■ ONE in five workers over the age of 45 anticipates eventually having to quit their job to care for an elderly family member. One in ten will leave to look after grandchildren, an Aviva survey reveals.

■ UNIVERSITIES need to do more to tackle harassment and hate crime, a report says. They have made progress dealing with sexual misconduct but need to do more on other issues, such as racism, Universities UK found.

■ WITNESSES to a ‘shocking and unprovoked’ assault with a golf club on a man, 49, have been urged to come forward. The victim died last month after the attack in Norris Green, Liverpool, on June 18.

■ VACCINES should be offered in supermarkets, pop-up clinics and at music festivals to help tackle falling immunisation rates, say health experts, who add busy lives are a barrier to parents vaccinating kids.

■ STRESS during pregnancy could lead to premature babies suffering mental health disorders later in life, a study has found. Scientists from King’s College London say anxious mums-to-be should be given support.

■ THE Queen’s Sandringham Estate is to introduce parking fees after visitor numbers rose to 500,000 last year. Proceeds will maintain facilities and ‘improve the visitor experience’, a spokesman said.

■ THE new PlayStation 5 games console will launch at the end of next year. Sony said updates will include a new controller that uses enhanced vibration technology to help games feel more realistic.

■ GUITAR maker Fender illegally stopped online discounting by making sellers charge a minimum price, the Competition and Markets authority has ruled. The watchdog said Fender can appeal but it could now face a heavy fine.

■ AT LEAST 19 university students have been wounded, two of them critically, by a bomb that exploded in a classroom in Afghanistan’s eastern Ghazni province yesterday. Twelve of the wounded are women. The Taliban are active in the area but no group has claimed responsibility.

■ JUSTIN TRUDEAU was called a phoney and a fraud who can’t recall how often he has worn blackface by the leading candidate to replace him as Canada’s prime minister. Andrew Scheer, the Conservative leader, attacked the PM during the second debate of the election campaign.

■ TOURISTS are being allowed back into Indian-controlled Kashmir two months after they were ordered to leave over security concerns. Hindu pilgrims were also ordered to leave on August 2, three days before India stripped the Muslim-majority region of its statehood and special status.

■ FOUR police officers murdered by a radicalised colleague at their Paris headquarters have been honoured with posthumous Legion of Honour medals. French president Emmanuel Macron said they had ‘devoted their lives to protecting others’. Killer Michael Harpon, 45, was shot dead at the scene.