NOBODY does it better… Sir Sean Connery has been voted the best ever James Bond. The actor, 89, saw off competition from Daniel Craig, Sir Roger Moore and Pierce Brosnan to top a RadioTimes.com poll. More than 14,000 votes were cast and Sir Sean (pictured) beat Timothy Dalton and Brosnan in the final, winning 44 per cent of the vote. He made his bow as 007 in 1962 flick Dr No and played the suave spy a further six times. RadioTimes.com’s Tim Glanfield said: ‘He has again proven he’s the Bond with the Midas touch.’ 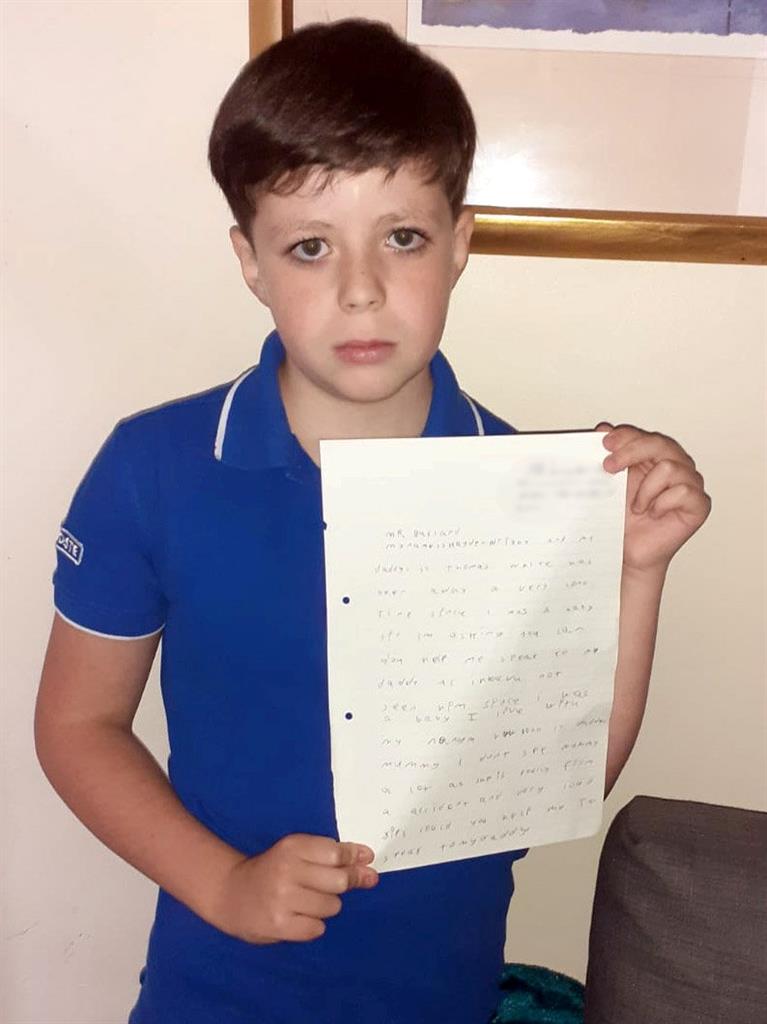 A BOY of ten has called for the release of his dad, who has been in jail nine years for stealing a phone. Kayden Wright, from Manchester, wrote to the Ministry of Justice: ‘Could you help me to speak to my daddy? I have not seen him since I was a baby.’ Thomas White, 36, was given an Imprisonment for Public Protection sentence in 2011. They were abolished in 2012 for being too harsh on low-level offences. 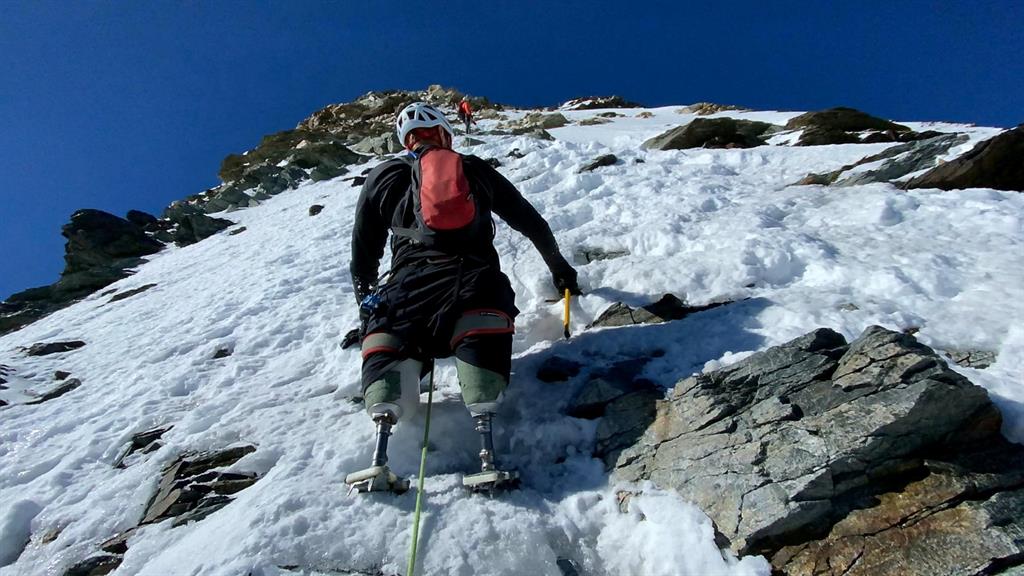 A FORMER soldier who lost both legs in Iraq has become the first above-the-knee double amputee to climb the Matterhorn. Neil Heritage (pictured on his climb above and below), 39, reached the 14,692ft Alpine peak on his third try. 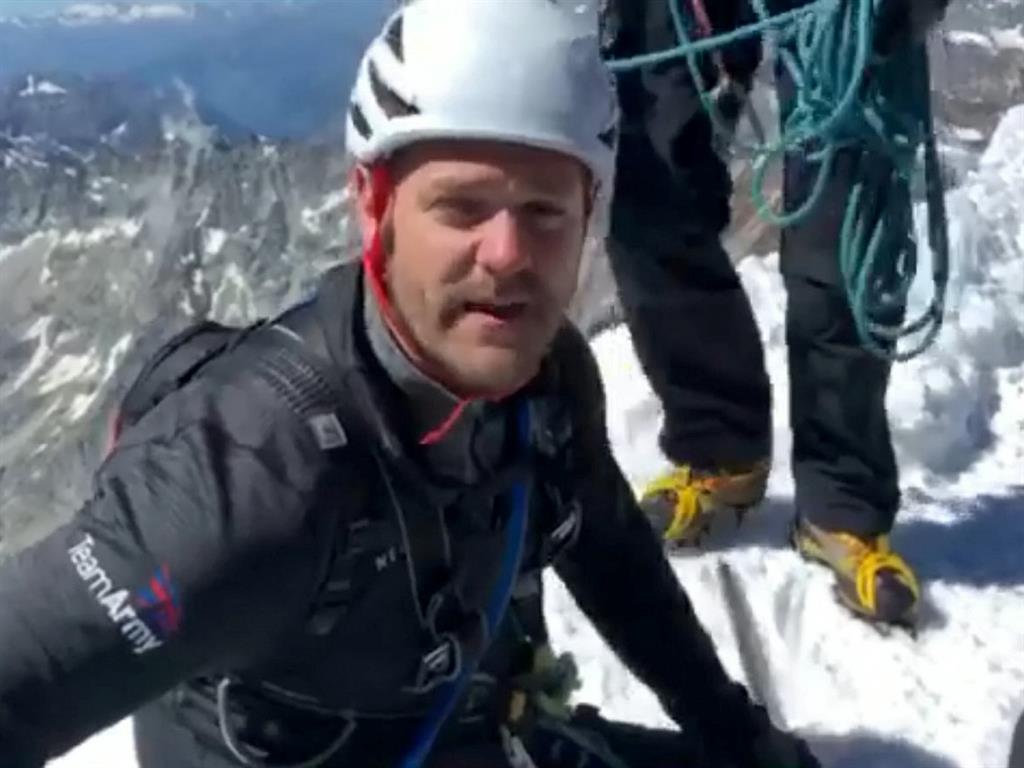 Eccleston: It’s time for me to return to Tardis 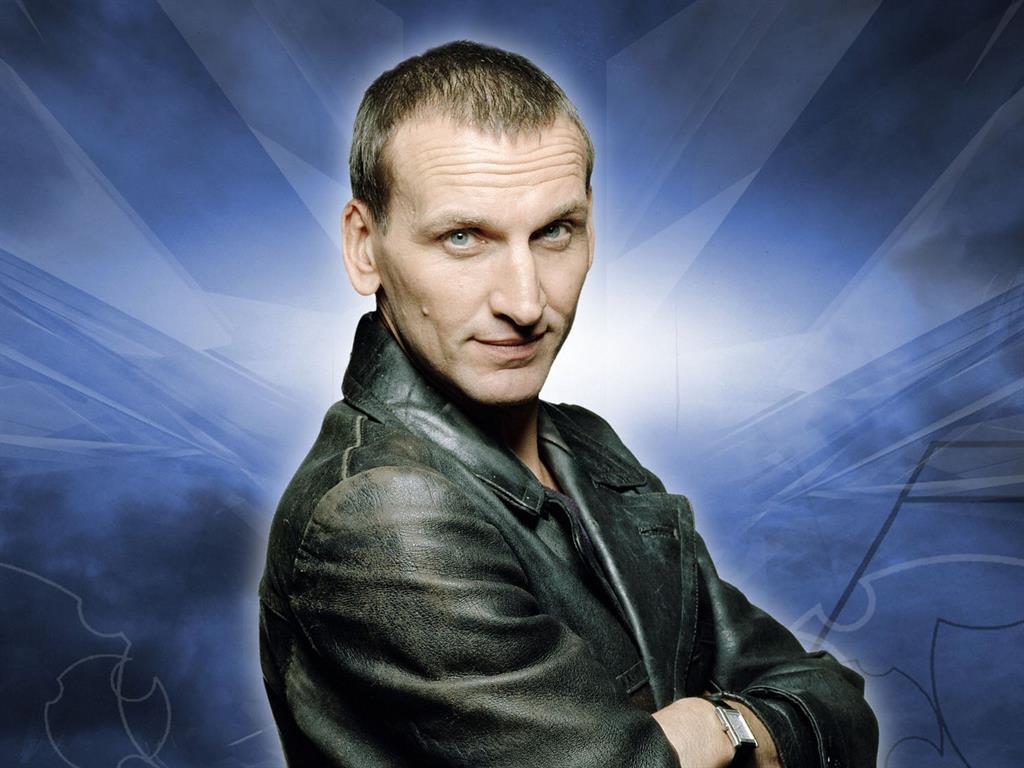 CHRISTOPHER ECCLESTON is to reprise his role as Doctor Who. The actor, who first played the Time Lord in 2005, will star in a 12-part audio series from May 2021. Doctor Who: The Ninth Doctor Adventures will be released as four box sets on CD, vinyl, and as a digital download. Eccleston (pictured), 56, said: ‘After 15 years, it will be exciting to revisit the Ninth Doctor’s world, bringing back to life a character I love playing.’ Big Finish Productions and BBC Studios are behind the show.

Clearing to be busiest ever for universities

UNIVERSITIES are facing their busiest clearing yet, admissions body Ucas has predicted. A record 80,000 applicants could find places via the scheme, up from 73,325 last year, as gap years are scrapped and universities vie to fill courses at a ‘fragile’ time for the institutions.

MP ‘racially profiled’ by police who stopped her in car 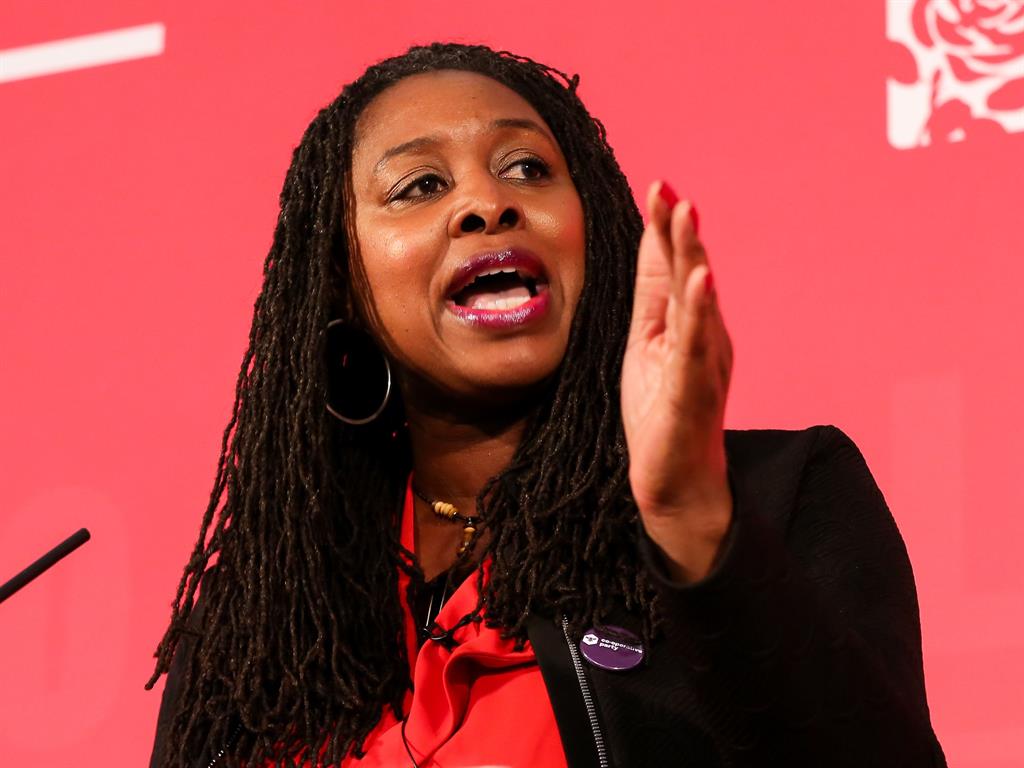 LABOUR MP Dawn Butler has accused police of racially profiling her after she was stopped while in a car. The ex-shadow equalities secretary and a male driver were pulled over yesterday in east London. Officers said it was because the car was registered outside the area, said Ms Butler (pictured), who filmed them. The Met said the officers had made a ‘mistake’.

A COMMEMORATIVE £5 coin is being issued to mark 75 years since the end of World War II. The words ‘war’ and ‘peace’ feature in a design inspired by the chisel-lettering inscriptions on memorials. Launched by the Royal Mint and Imperial War Museum, the coin will be available in limited edition forms.

A PAIR of drunken friends whose behaviour has led to 220 police call-outs have been banned from each other’s homes. Carl Potter, 38, and Daniel Davies, 34, of South Shields, Tyneside, have often assaulted each other and tormented neighbours for five years after drinking sessions.

THE secret of what makes garlic smell has been sniffed out — paving the way for super-strong or mild versions to be engineered. The protein allicin reacts with two sulphur compounds to produce the pungent aroma, found researchers from Virginia Tech in the US.

Donor just in time to save cancer teen 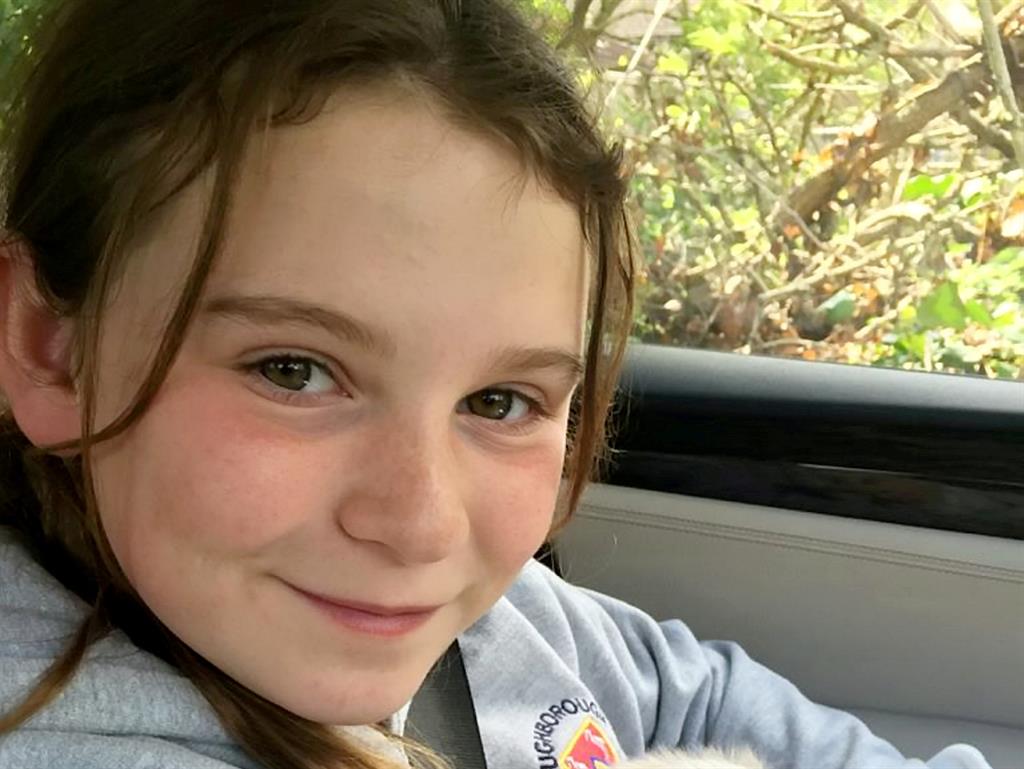 A TEENAGE leukaemia sufferer told she had ‘just weeks’ to find a bone marrow donor has been saved by a kind soul in Germany. ‘Inspirational’ Amy Bartlett, 14, is preparing for the transplant at Sheffield Children’s Hospital next month as she faces a second wave of the cancer.

BBC boss says sorry for use of racist term in broadcast 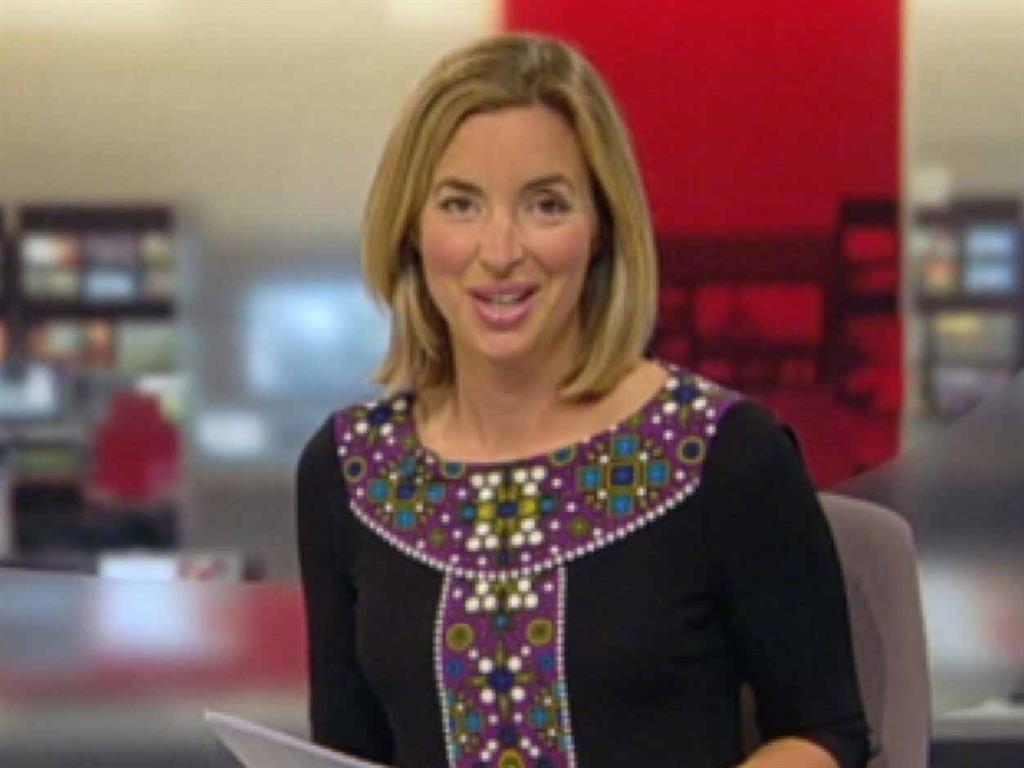 BBC director-general Tony Hall has apologised over the use of a racist term on air. Lord Hall said the BBC ‘now accepts we should have taken a different approach’ after it initially defended the broadcast. Social affairs correspondent Fiona Lamdin (pictured) repeated the term allegedly used in a racist incident in Bristol, leading to 18,000 complaints and Radio 1Xtra DJ Sideman to quit. 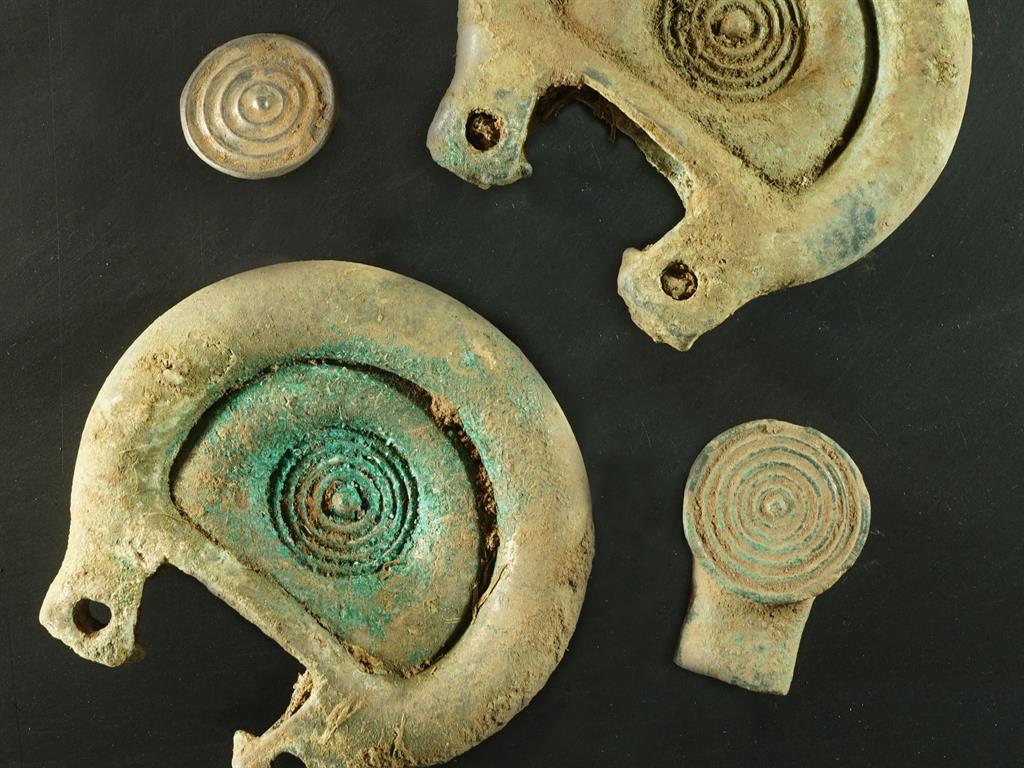 A HOARD of ‘nationally significant’ Bronze Age artefacts — including a 3,000-year-old horse harness and parts of a chariot’s wheels — have been unearthed in the Scottish Borders. 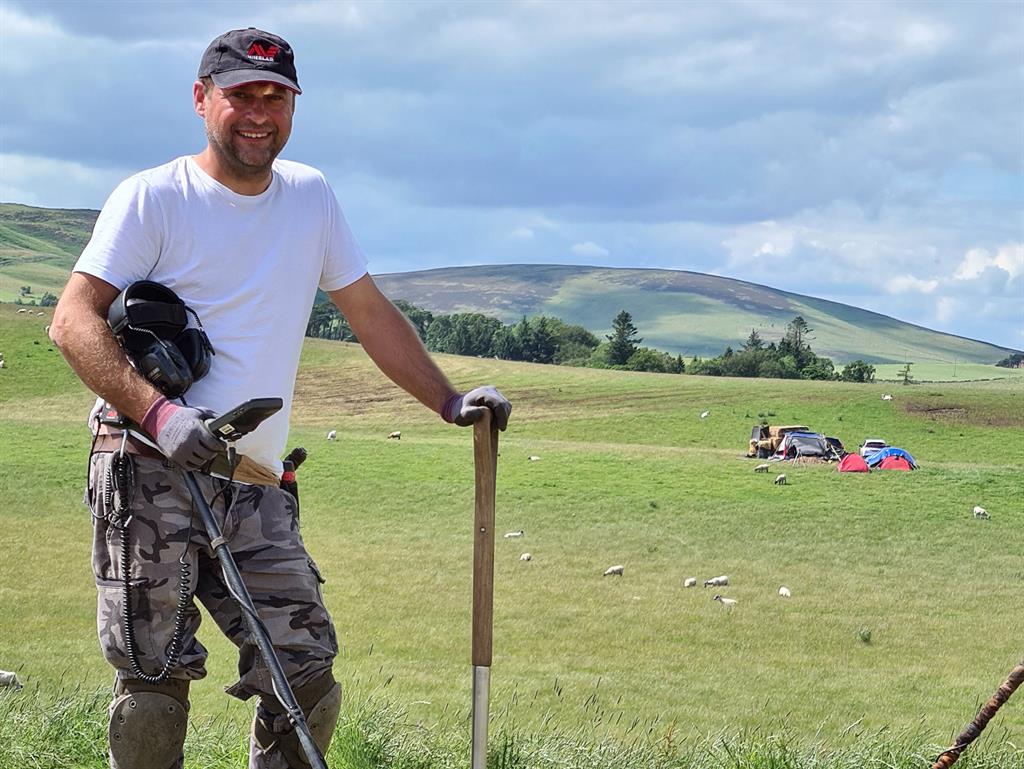 Metal detectorist Mariusz Stepien (above), who made his find in a field near Peebles, said he was ‘over the moon’.

A 60-YEAR-OLD climber was rescued by mountaineers after he fell 40ft down a crag in the Lake District. The man suffered head injuries when his anchor ripped free in Thirlmere, Cumbria. He was hoisted to a coastguard helicopter then taken by air ambulance to Preston Hospital.

A PAIR of Mahatma Gandhi’s glasses left in an auction house’s letterbox are valued at up to £15,000. Gandhi gave the gold-coloured spectacles to the owner’s uncle in South Africa in the 1920s. Andrew Stowe, from East Bristol Auctions, said: ‘The owner had no idea of their value.’ 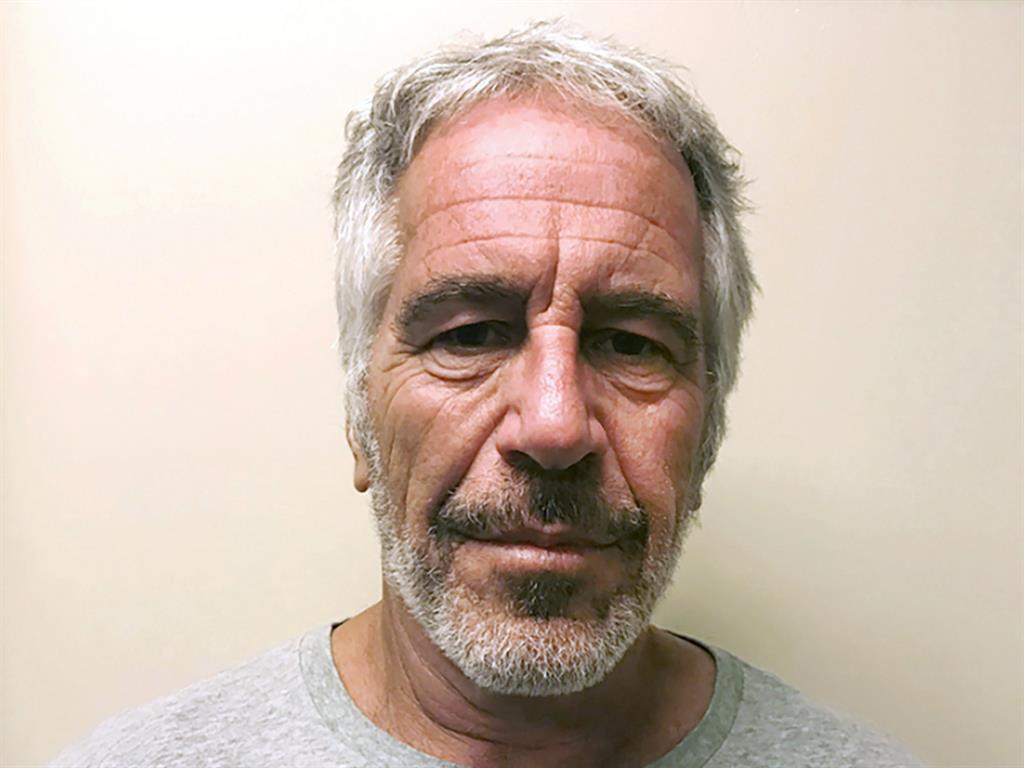 TYCOON Jeffrey Epstein was ‘murdered’ in prison and did not kill himself, his brother says. The paedophile (pictured), 66, was found dead a year ago in his Manhattan cell. However, Mark Epstein accused authorities of a ‘cover up’, adding: ‘I don’t believe he hanged himself. I believe my brother was killed.’ Epstein’s girlfriend, Ghislaine Maxwell, 58, is awaiting trial in the US on sex trafficking charges.

Beluga whales can sea their freedom at last

TWO beluga whales that had not been in the ocean for nine years are now just one stage away from being released into an open-water sanctuary. Little Grey and Little White — flown in from a marine park in China — were moved into ‘care pools’ in Klettsvik Bay, Iceland, to get used to the sea.

■ A YOUNG rugby league player and two spectators were stabbed by a member of the opposing team during a fight after an under-20 match in Parramatta, near Sydney. Paramedics carried out life-saving treatment.

■ AT LEAST 11 people have died in a blaze at a hotel being used for Covid-19 patients in India. The fire, at the Swarna Palace in Vijayawada, Andhra Pradesh state, has been blamed on an electrical fault.

■ PROTESTERS lit a fire in a police union building during a riot in Portland, Oregon. Three officers were hurt as police used gas canisters against crowds in the US city, which has seen more than 70 days of anti-racism protests.