JOELINTON scored just his second Premier League goal as Newcastle dented ten-man Sheffield United’s charge for Europe with a 3-0 win on their return to action.

The £40million Brazilian striker, who was guilty of a glaring first-half miss, redeemed himself 12 minutes from time to wrap up what proved to be a comprehensive victory at St James’ Park.

Man-of-the-match Allan Saint-Maximin opened the scoring in the 55th minute after Blades defender John Egan had been sent off for a second bookable offence, before Matt Ritchie made it 2-0 with a sumptuous second. 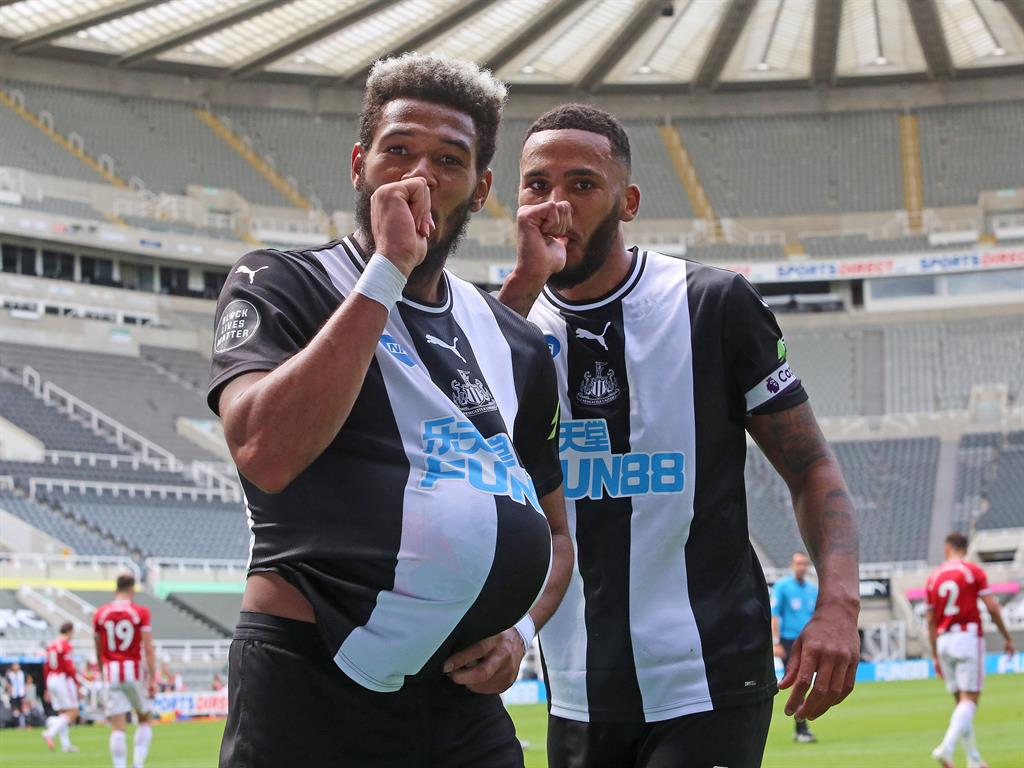 Joelinton, whose last league goal came 301 days earlier, rounded off a double over the Blades, who missed a chance to go fifth.

Toon boss Steve Bruce, whose side host Aston Villa on Wednesday, said: ‘We know he has had a tough time, the whole thing about coming to England. He has been in lockdown on his own for months with no one with him. He has still got a lot to do but a £40m price tag, Newcastle’s No.9 (shirt) is a lot on him.’

The outstanding Saint-Maximin was also delighted for his fellow scorer, saying: ‘I’m really, really happy for Joelinton because he works so hard.

‘I hope with this goal he can keep going and maybe score again against Aston Villa.’ 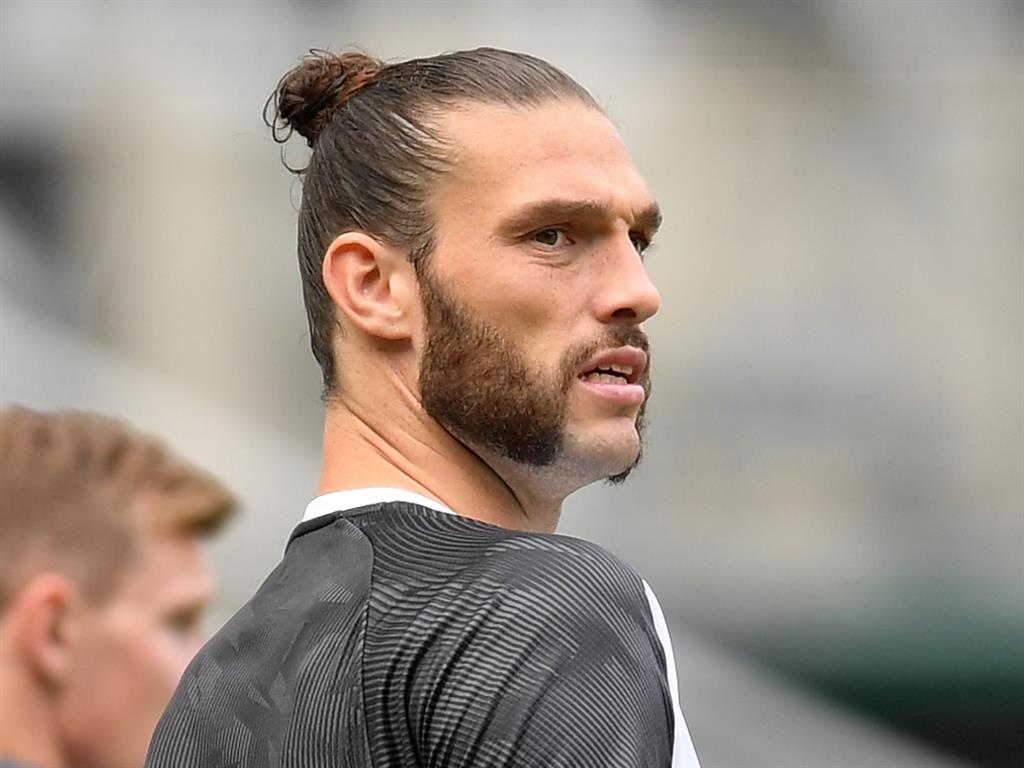 Joelinton was later replaced by Andy Carroll (pictured), sporting some creative facial hair, but Blades boss Chris Wilder was in no mood to joke after Egan’s two yellow cards.

The first followed an altercation with Joelinton, for which referee Paul Tierney also caution the Brazilian.

‘I’m so glad I’m not playing in today’s game if you’re getting booked for that,’ Wilder said. ‘Just two boys going head to head.

‘He obviously produced two yellow cards and it is easier for the centre-forward than the centre-half. The second one, I have no complaints with.

‘I’ve got to pick the players up, I didn’t like the feeling when we went two down.’