Mill Hill’s NW7 postcode is one of London’s largest, extending from the Hendon/Finchley borders right up to the edge of Hertfordshire. Its size means that it really does have something for everyone, whether they prefer a lively town centre buzz or a tranquil villagey vibe. 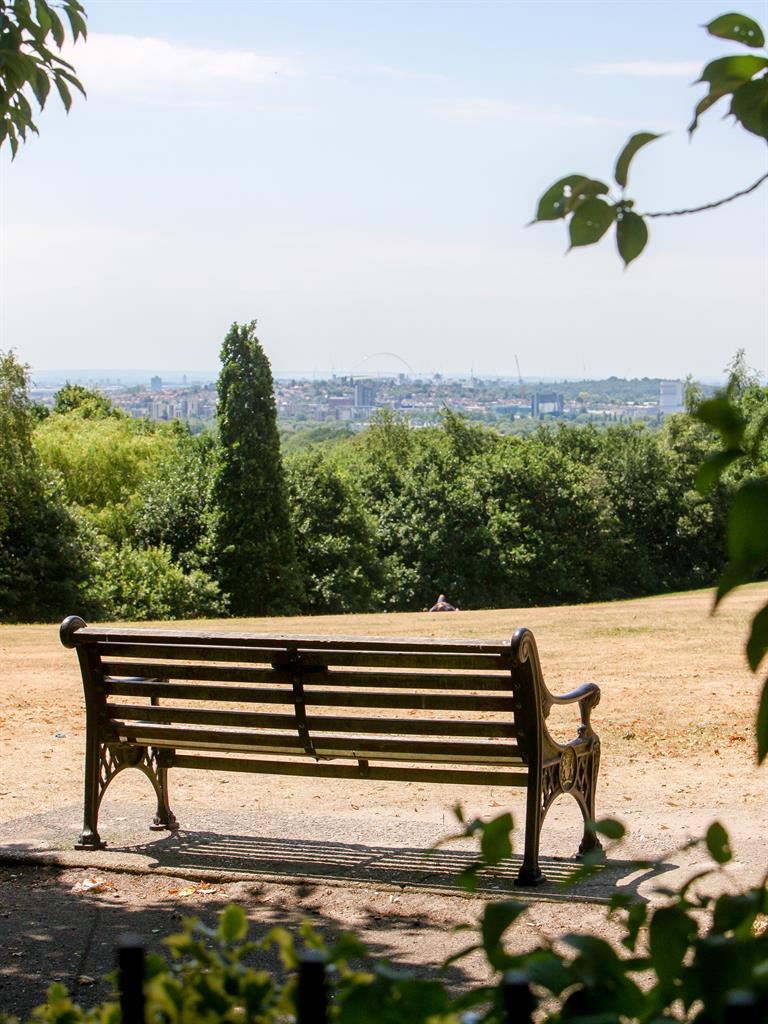 There are three main sections — the busy Broadway by the Thameslink station; Mill Hill East, for the Northern Line, and Mill Hill Village, the leafiest part with the best views. Besides trains and Tubes, it has brilliant road links as it’s on the A41 and A1, which meet the M1 at Fiveways Corner. Schools are excellent, and homes cater for all budgets. 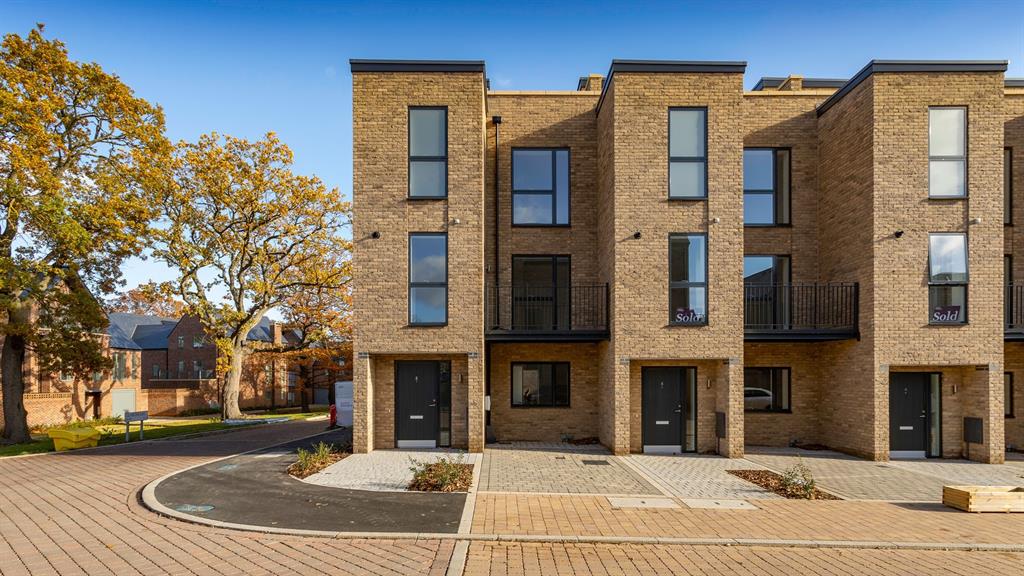 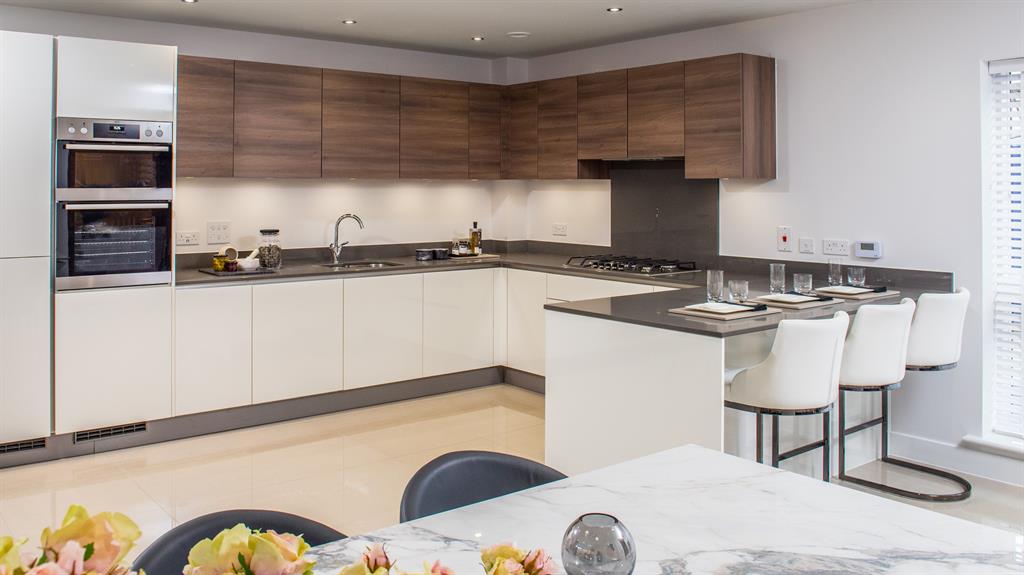 Millbrook Park, a former army barracks, is being transformed into 2,240 new homes (above), alongside facilities including a new primary school. Four developers are currently building on the site: Barratt London, Taylor Wimpey, EcoWorld London and Joseph Homes. Barratt London is delivering 345 apartments and ten houses, and has released one and two-beds with either a balcony or terrace. Priced from £375,000, first completions take place in summer 2020, barrattlondon.com. A two-bed top floor duplex, priced £799,950 and a pair of three-bed detached houses, £725,000 each, are available now from Taylor Wimpey, with one and two-bed flats coming later in 2019, taylorwimpey.co.uk. At EcoWorld London’s The Claves, one and two-bed apartments start from £425,000, ecoworldlondon.com, and in September Joseph Homes will launch No 1 Millbrook Park: one and two-bed apartments from £399,995 and three and four-bed townhouses from £899,995, josephhomes.co.uk. 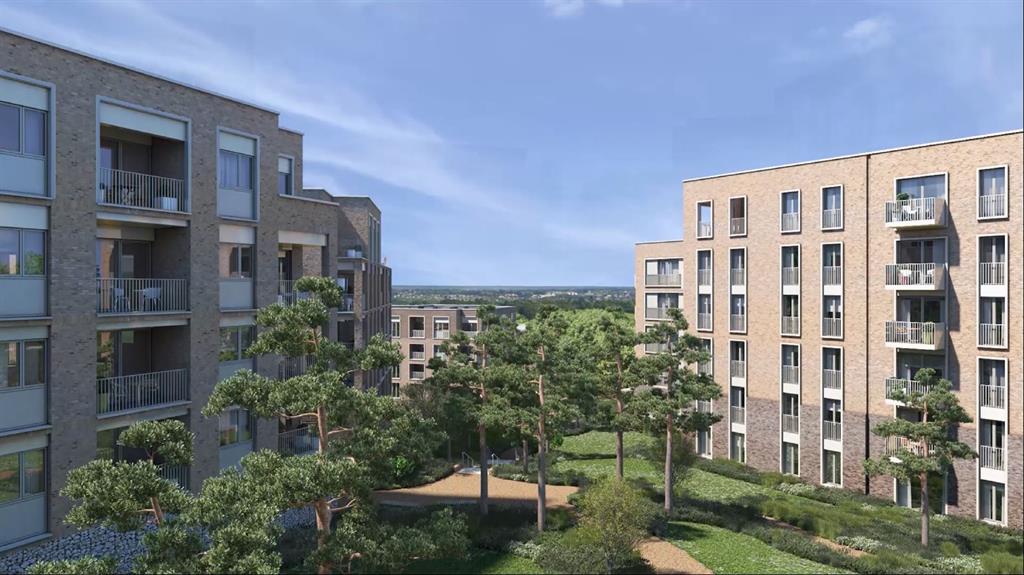 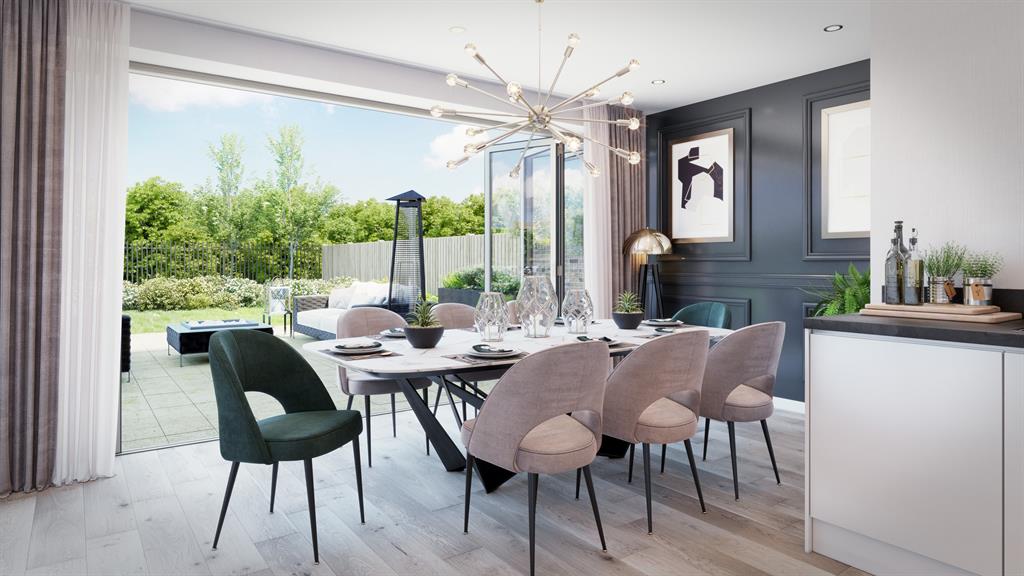 Poly Global is set to construct 700+ homes and commercial space, bringing forward the plaza connecting the development with Mill Hill East station, polyglobal.com/gb. There’s more from Barratt London at Ridgeway Views (above) on The Ridgeway, the Village’s central hub, with 448 apartments and 12 luxury houses being built on 47 acres of land previously occupied by the National Institute for Medical Research. Two and three-bed apartments, in current phase Highwood Place, start at £799,995 and four and five-bed houses with full-height windows are from £1.085m, barratthomes.co.uk.

Later this year, L&Q launches at Ridgeway Views, one, two and three-bed shared ownership homes, lqpricedin.co.uk. New too, is Rosary Manor (above), comprising 11 top-end apartments in a converted manor house looking over Mill Hill’s conservation area. Two and three-beds from £1.85million, via Statons, statons.com, and Glentree, glentree.co.uk. Preston Bennett has launched nine one and two-bed apartments at The Project, Grenville Place. From £395,000 and Help To Buy available, prestonbennett.co.uk.

Age-wise, properties range from 16th century weather-boarded cottages in Mill Hill Village to brand new apartments and houses. Sizes vary tremendously, too. ‘Mill Hill has everything from one-bed studios to large detached family houses and tends to entice buyers looking for a bargain, wanting the amenities of Crouch End, but with a smaller price tag,’ says Simon Gerrard, MD of Martyn Gerrard. ‘For those seeking an up-and-coming area, look at Mill Hill East. A one-bed flat will cost you £275,000-£325,000, with two-beds from £350,000. Three-bed houses are achieving up to £700,000 and detached houses are £850,000 or more.’

Schools: ★★★★☆ Above average; all state primaries ‘good’ or ‘outstanding’ by Ofsted; independents include Belmont and The Mount and Mill Hill School, attended by Denis Thatcher, ex-PM Margaret’s husband

Who lives there? First-time buyers and families in managerial and professional jobs

Famous faces: Formula 1 world champion Graham Hill is commemorated with a plaque at 32 Parkside; he lived there with his family, including son Damon, who also went on to become world champion.

■ Schools and profile supplied by Zoopla

‘Tenants are typically young couples moving into the area and families attracted by the good schools, who want to be within walking distance of one of the stations. Two-bed flats are £1,200 pcm upwards,’ says Mark Nassab of Cosway, cosway.co.uk 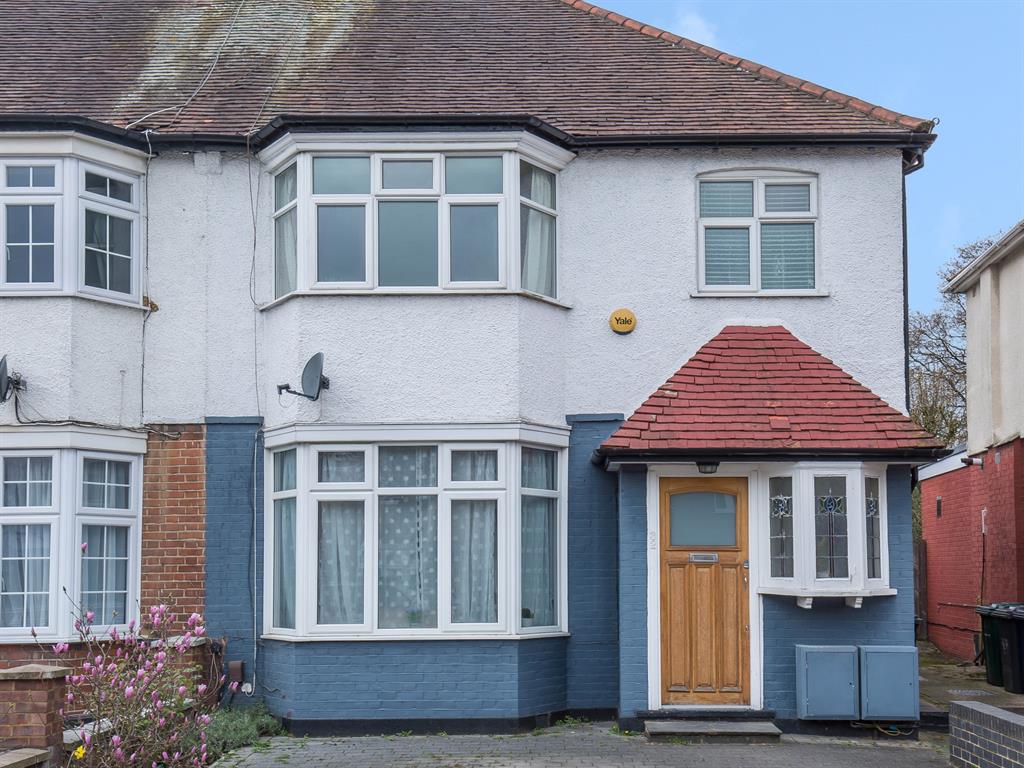 This one-bed first-floor maisonette is half a mile from Mill Hill Broadway station. Has an eat-in kitchen, separate living room and a private garden, plus scope to extend into the loft. 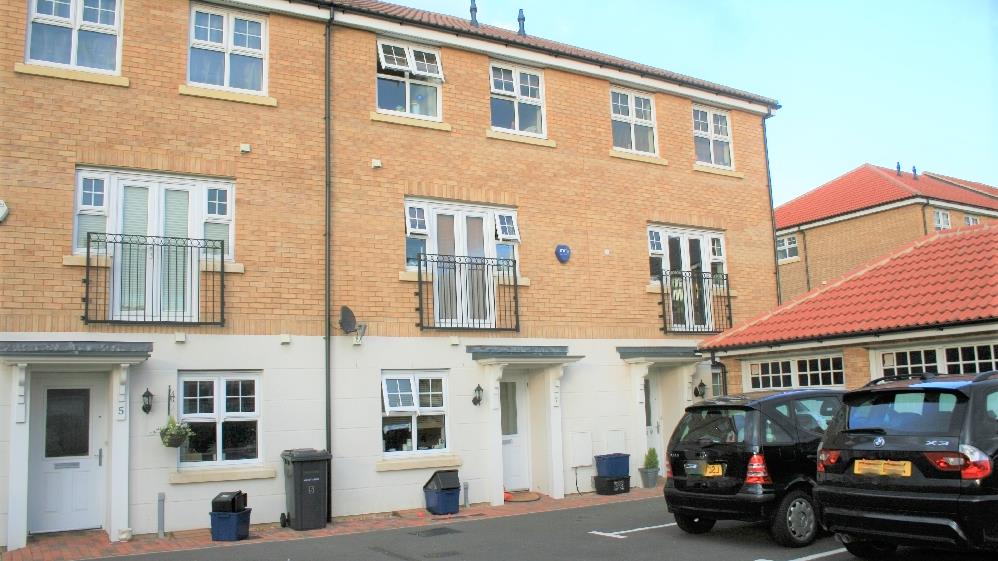 A modern five-bed end-of-terrace townhouse in a quiet turning. Includes three bathrooms, a large living/dining room accessing a south-facing garden, an allocated parking space and a garage. The average property in Mill Hill is currently valued at £734,405 according to Zoopla 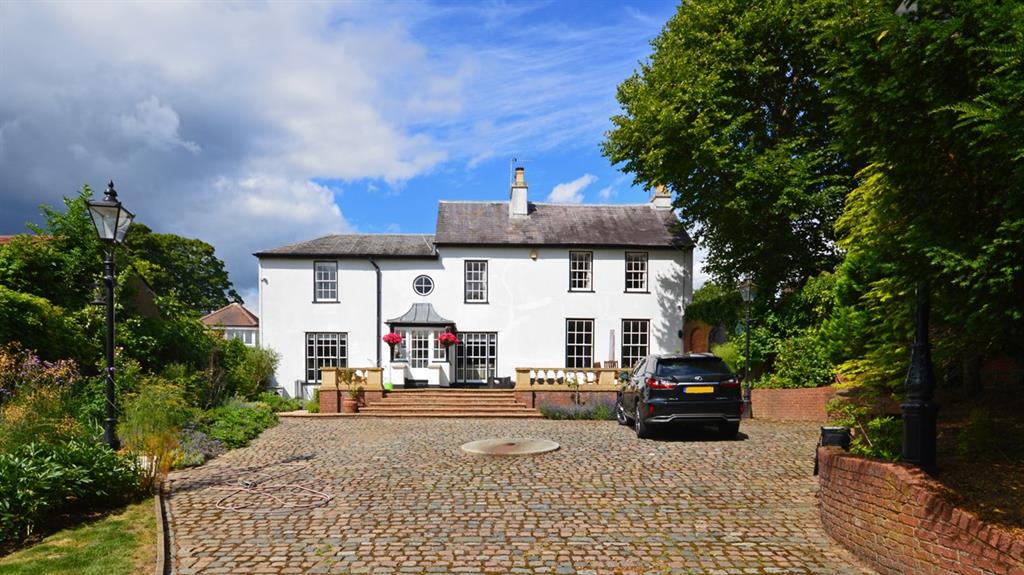 Once home to James Murray, the first editor of the Oxford English Dictionary, this five-bed Georgian house is in the heart of Mill Hill Village and has been beautifully refurbished by the current owners.