JUST when it seemed that Marylebone couldn’t get any better, the Chiltern Firehouse opened its doors in 2013, attracting A-listers like moths around a flame. The bulk of this London village is owned and managed by the Howard de Walden and the Portman estates and over the past couple of decades has become a leading shopping and eating destination, thanks to its mix of boutiques, top-end chains, restaurants and coffee shops. In addition, it has fantastic architecture, a strong community spirit — rare for central London — and half a dozen Tube stations within walking distance.

Marylebone Square, due for completion is 2021, is a collection of 54 new one, two and three-bed apartments on the former Moxon Street car park site. Set round a five-storey, glass-canopied courtyard, it will also incorporate boutiques, restaurants and a community hall that will host the weekly farmers’ market. Homes start from £2.55million, through druce.com and savills.co.uk.

The W1 London is a development of 18 apartments, three of them penthouses, and five contemporary townhouses on Marylebone High Street. Fitted to an ultra-high spec, they feature bespoke Italian kitchens, Gaggenau appliances, marble and stone bathrooms, integrated Crestron lighting and underground parking accessed via a car lift. From £5.59million for a massive two-bed, knightfrank.co.uk

Only a single two-bed, two bath apartment remains at award-winning Chiltern Place on Chiltern Street, where residents have use of a gym, club lounge, concierge service and valet parking. Priced £4.25million, also from knightfrank.co.uk.

And at 25-26 Enford Street, architectural practice Tasou Associates (tasou.co.uk) has recently completed the transformation of an office block into four contemporary apartments for client Noble House Properties. Sitting behind a traditional Georgian façade, they include open-plan living areas and glazed extensions at the rear, from £1.2million, nhelondon.co.uk

‘Architecturally, Marylebone is on a par with the likes of Mayfair and Knightsbridge for its grand buildings,’ says Alessandra de Paiva Raposo of DPR Property. ‘Many of its large townhouses have been converted into generous, highly desirable lateral flats, though the area is also home to a number of smaller apartments and beautiful mews houses, as well as new-build developments.’ ‘The most popular streets are Montagu Mansions, Chiltern Street and the Wimpole Street area,’ adds Paul Christian of Marsh & Parsons. ‘A purchaser can acquire a two-bedroom apartment in an Edwardian mansion building for £1.5-£2million and a three-bedroom apartment for £2-£3million.’

Famous faces: The Beckhams, Tom Cruise and Princess Eugenie have been spotted at Chiltern Firehouse

Rent report: ‘There’s high demand but a real shortage of rental properties. We see renters, from across the world, looking for lateral or high-end, spacious one-bed apartments. The average price of a two-bed, two-bath is £850 a week,’ says Kristina Bailey of Druce. 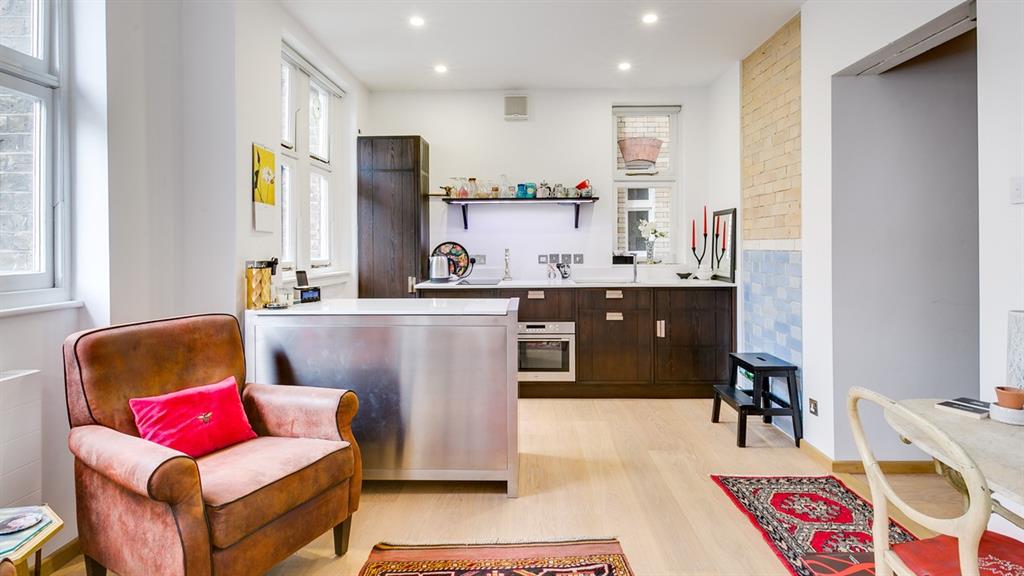 On the second floor of a Chiltern Street mansion block, this triple aspect studio flat is filled with light. The short lease, 37 years, is the reason why it’s a bargain. 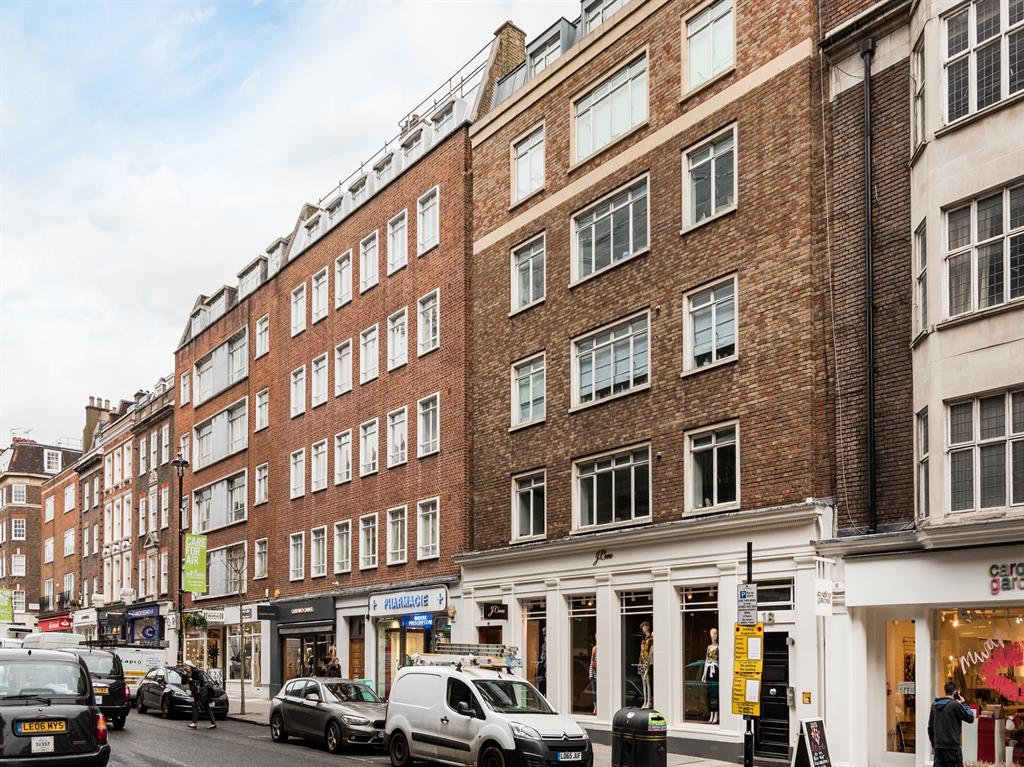 This fifth-floor flat, in a converted building with a lift on Marylebone High Street, has two double bedrooms, a bright bathroom, a semi open-plan kitchen/living room and a private roof terrace. The average property in Marylebone is currently
valued at £1,423,351 according to Zoopla.co.uk 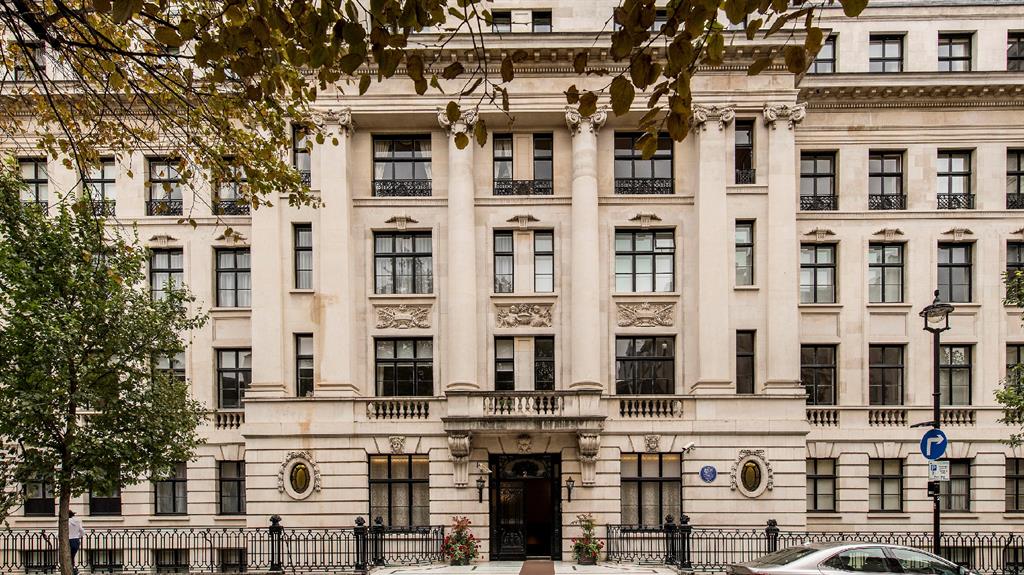 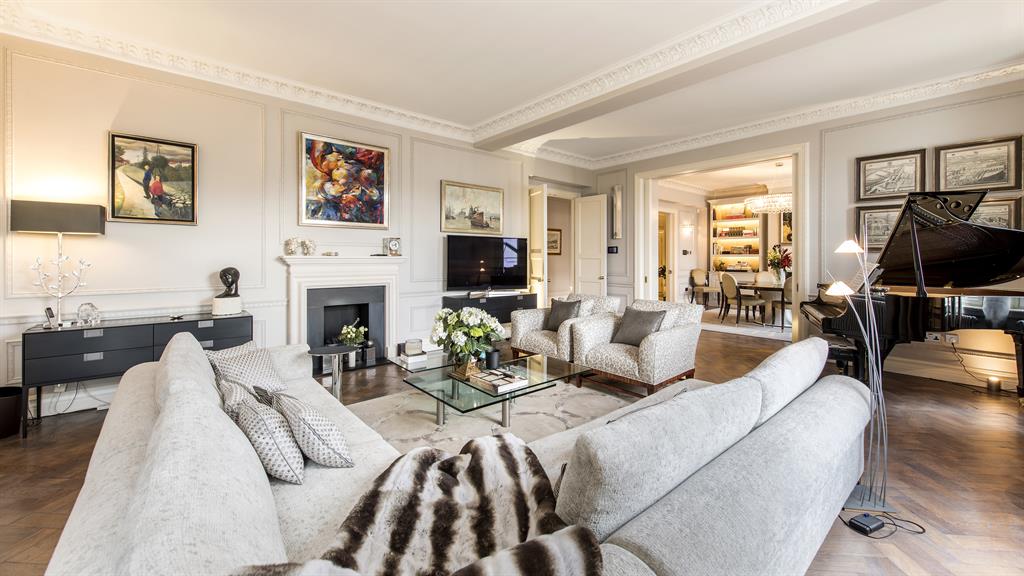 A huge, lateral two-bed, two-bath flat in a Grade II-listed building. It’s been meticulously refurbished and features ten foot-high ceilings and original parquet flooring which was lifted out, restored and relaid.