POLICE are investigating the ‘unexplained death’ of a teaching assistant.

The 31-year-old man, who has not been named, was found dead at a property in the Brackla area of Bridgend on Sunday.

He worked at Ysgol Bryn Castell, a school for children with social, emotional and behavioural difficulties, which was closed for all pupils today.

WalesOnline reported that the man had been struck with a chair in an incident involving a pupil last week.

A spokesman for South Wales Police said: ‘Police in Bridgend are investigating the unexplained death of a 31-year-old man who was found dead at a property in the Brackla area on Sunday morning.

‘A post mortem is due to take place later today to try and establish the cause of death.’

Headteacher Helen Ridout posted a notice on the school’s website on Sunday.

It read: ‘Apologies, due to unforeseen circumstances, YBC is closed for all pupils on Monday 2nd December 2019.’

■ Don’t be on ‘wrong side of history’, climate delegates warned 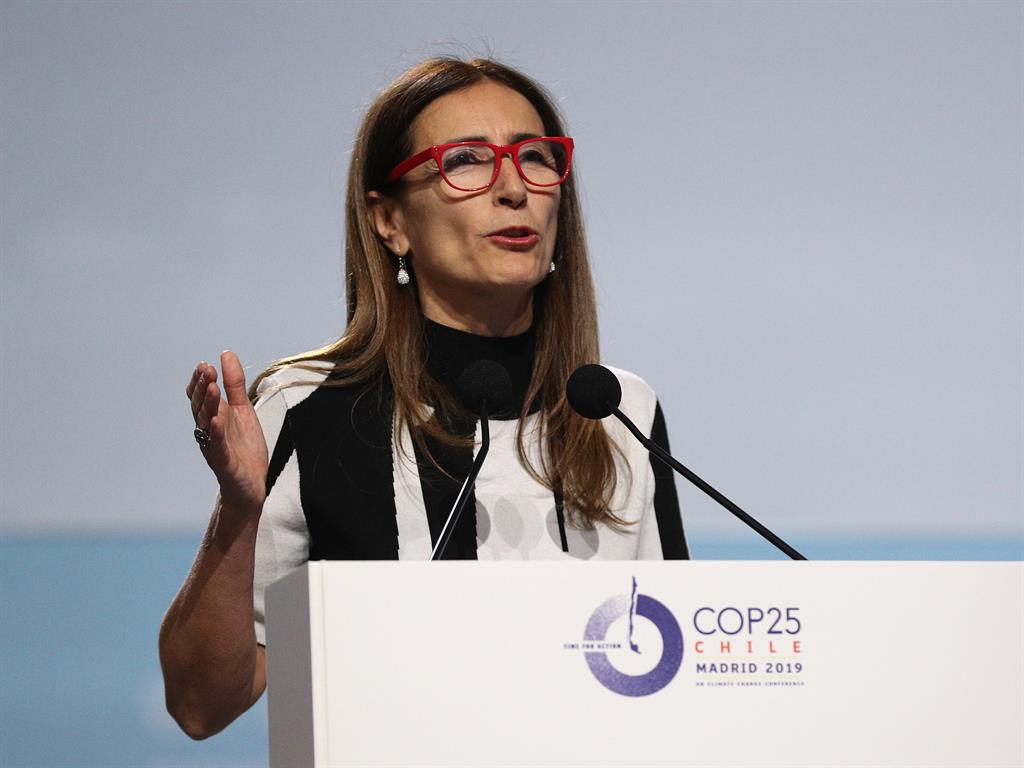 THE chairwoman of a two-week climate summit attended by nearly 200 countries has warned that those refusing to adjust to the planet’s rising temperatures ‘will be on the wrong side of history’.

Chile’s environment minister, Carolina Schmidt (pictured), opened the summit in Madrid by saying the meeting needs to lay the groundwork for moving towards carbon neutral economies while being sensitive to the poorest and those most vulnerable to rising temperatures,

‘Those who don’t want to see it will be on the wrong side of history,’ said Ms Schmidt as she called on governments to make more ambitious pledges to reduce emissions of greenhouse gases ahead of a deadline to do so next year.

The summit, which moved to the Spanish capital after Chile had to pull out amid anti-government protests, aims to put the finishing touches to the rules governing the 2015 Paris accord.

That involves creating a functioning international emissions-trading system and compensating poor countries for losses they suffer from rising sea levels and other consequences of climate change.

‘We have a common challenge but with differentiated needs and urgencies, which we can only overcome if we work together,’ said Ms Schmidt as her country took over the chairing of the meeting from Poland.

Her comments came after UN Secretary-General Antonio Guterres warned that pledges to reduce emissions of gases responsible for rising temperatures so far are insufficient to overcome the ‘point of no return’ in climate change.

HUNDREDS of thousands of rail passengers faced travel misery today at the start of a series of strikes in the long-running dispute over guards on trains.

Members of the Rail, Maritime and Transport (RMT) union on South Western Railway (SWR) walked out on the first of 27 days of industrial action lasting until New Year’s Day — the longest stretch of action against a major rail operator in living memory.

Passengers have been warned that only around half of services will run, including those to and from London Waterloo, the country’s busiest railway station.

Talks between the two sides collapsed last week, with the union and company blaming each other for the failure to reach a deal.

About 30 union members formed a picket line outside Waterloo station in London next to a large banner that read: ‘Keep the guard on South Western Rail. This strike is all about safety.’

RMT general secretary Mick Cash said: ‘RMT is angry and frustrated that a set of proposals that would have guaranteed the safety-critical role of the guard at the point of despatch, and which would have cost the company absolutely nothing, have been kicked back in our faces.

‘Our action goes ahead from Monday in defence of passenger safety and accessibility and the blame for that lies wholly with SWR and their wrecking strategy. The union remains available for talks and we have a deal to solve this dispute which is cost-free for SWR worked up and ready to go.’

An SWR spokesman said: ‘We have done everything we can and more to meet the RMT’s outdated demands with our promise of a guard on every train, and a safety-critical role for that guard.

‘Throughout negotiations we have tried repeatedly to find ways meet the RMT’s aspirations. However, every time we find a way forward on one point, the union has moved the goalposts by changing its position.’