THE reproduction number (R) for coronavirus across the UK remains between 0.7 and 0.9, although it has risen above 1.0 in some parts of the country.

Today the Government Office for Science said the R value in England is 0.8-1.0.

It also published regional values for R for the first time — but these came with a warning from experts that they are becoming less relevant.

The R value is the average number of people an infected person passes the disease on to and if that figure exceeds one, the disease could rapidly spread throughout the population again.

Matt Keeling, professor of populations and disease at the University of Warwick, said: ‘All the ranges are closer to the critical threshold of R=1 than we would ideally like to see — which means that the epidemic is declining relatively slowly.

‘This also means we haven’t got much wiggle room for additional relaxation of social distancing measures.’ 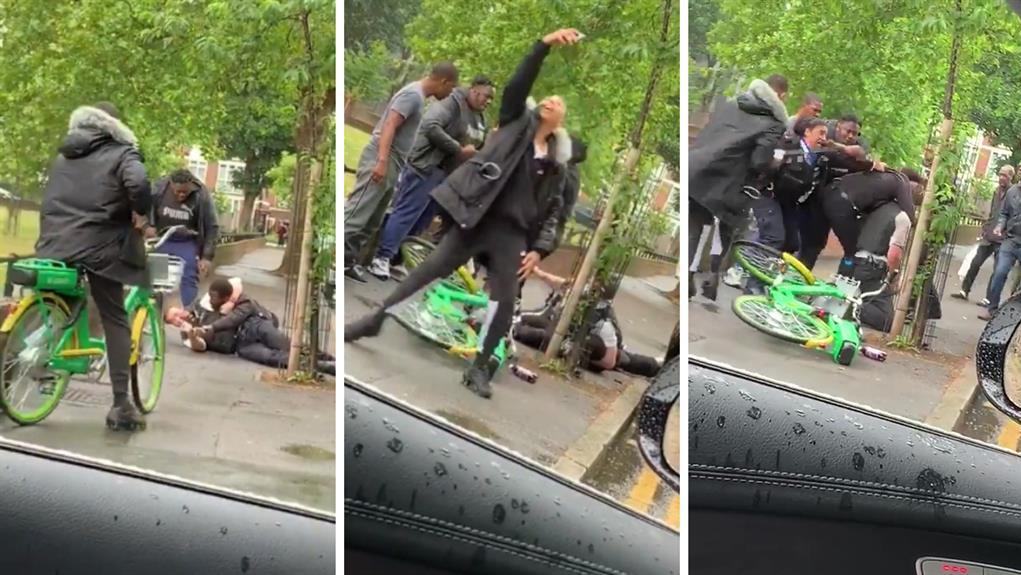 A 13-YEAR-OLD boy has admitted to kicking and hurling abuse at two police officers during an alleged group attack in east London.

Footage of the incident on Frampton Park Road in Hackney on Wednesday was widely shared on social media.

It appeared to show an officer pinned down on the ground and being kicked while his female colleague is pushed as she tries to intervene.

The teenager, who cannot be named for legal reasons, pleaded guilty to two charges of assault on an emergency worker at Thames Magistrates’ Court.

Prosecutor Varinder Hayre told the court that PC Macpherson and PC Ali were dealing with an incident that the teenager became involved in.

‘He then kicked towards PC Macpherson’s head and he hit PC Ali in the leg,’ she said, adding: ‘He was shouting abuse.’

The youth was arrested and interviewed, where he identified himself in the social media footage and ‘admitted to kicking both police officers’, Ms Hayre told the court.

She said the teenager explained that he thought he had been ‘helping’ another man, with this combining with what he had seen in news coverage regarding ‘black lives matter’.

‘He said he was sorry for kicking the officers,’ she said, adding that ‘he should not have got involved in the way that he did’.

He has been released on bail and wil be sentenced on July 8. Three men facing assault charges relating to the incident are also due to appear in court.

SHOPPERS are back on high streets in Northern Ireland as retailers returned to business after three months of lockdown.

All non-essential shops were able to reopen today as the region became the first part of the UK to make the move. The majority of shops in the Irish Republic are already back trading.

Customers who ventured out were met with a range of new hygiene and social distancing measures, both in and outside retail outlets.

There were queuing systems in place, screens at tills and several shop workers wore masks.

Simon Hamilton, the chief executive of Belfast Chamber of Commerce, welcomed the restart of business.

He said: ‘It shows that there is some light at the end of the tunnel and a bit of hope that we are getting back to some semblance of normality,’ he said.

In England all non-essential shops will be allowed to reopen from Monday with all retailers required to complete a coronavirus risk assessment. 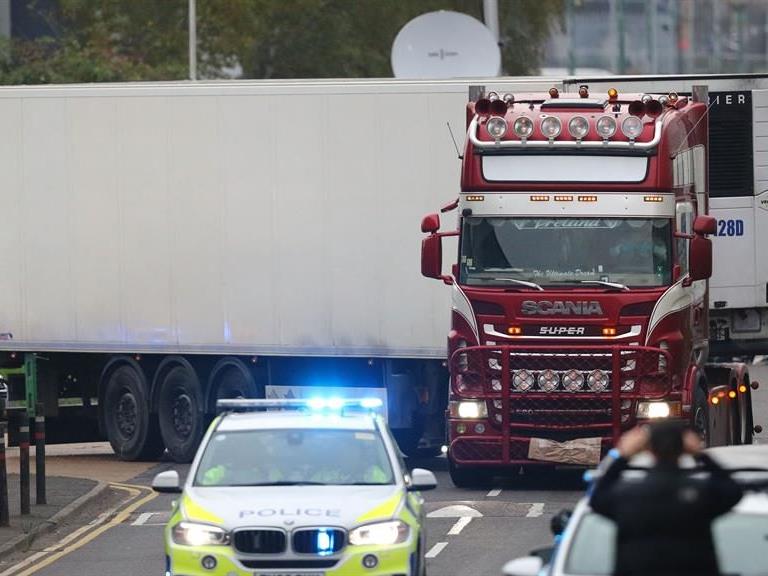 TWO Irish hauliers are set to be extradited to the UK to face charges over the Essex container migrant deaths after two separate court rulings in Dublin.

The High Court in Dublin ruled today that Ronan Hughes, 40, from Silverstream in Tyholland, Co Monaghan, Republic of Ireland, can be extradited.

The court heard Hughes wants to be surrendered to the UK ‘as soon as possible’ to face charges in connection with the deaths of 39 Vietnamese migrants in England last October.

Later, the Court of Appeal dismissed a challenge by Eamonn Harrison, 23, from Mayobridge, Co Down, Northern Ireland, against his extradition, which was ordered earlier this year.

He challenged the extradition after claiming there were “manifest errors” in the European Arrest Warrant (EAW) issued by UK authorities.

In a judgment published online on Friday, Ms Justice Donnelly dismissed the appeal, insisting that the warrant contained sufficient information and the UK authorities had met all the conditions required.

The 39 Vietnamese nationals were found in a lorry container parked on an industrial estate in Grays, Essex, on October 23. Ten teenagers, including two 15-year-old boys, were among them.