A video clip broadcast by regional public broadcaster MDR showed a man in a helmet and an olive-coloured top getting out of a car and firing four shots from behind the vehicle from a long-barreled gun.

However, the exact target of the attack was not clear, since it took place near both a synagogue and a kebab shop.

Police said in a tweet that the suspects fled in a car, and soon after reported that one person had been arrested, giving no information about the person held in custody or reasons why they thought the attack could have been carried out by more than one person.

Officers were out in force across the city hunting down the suspects and urged residents to stay at home or indoors. 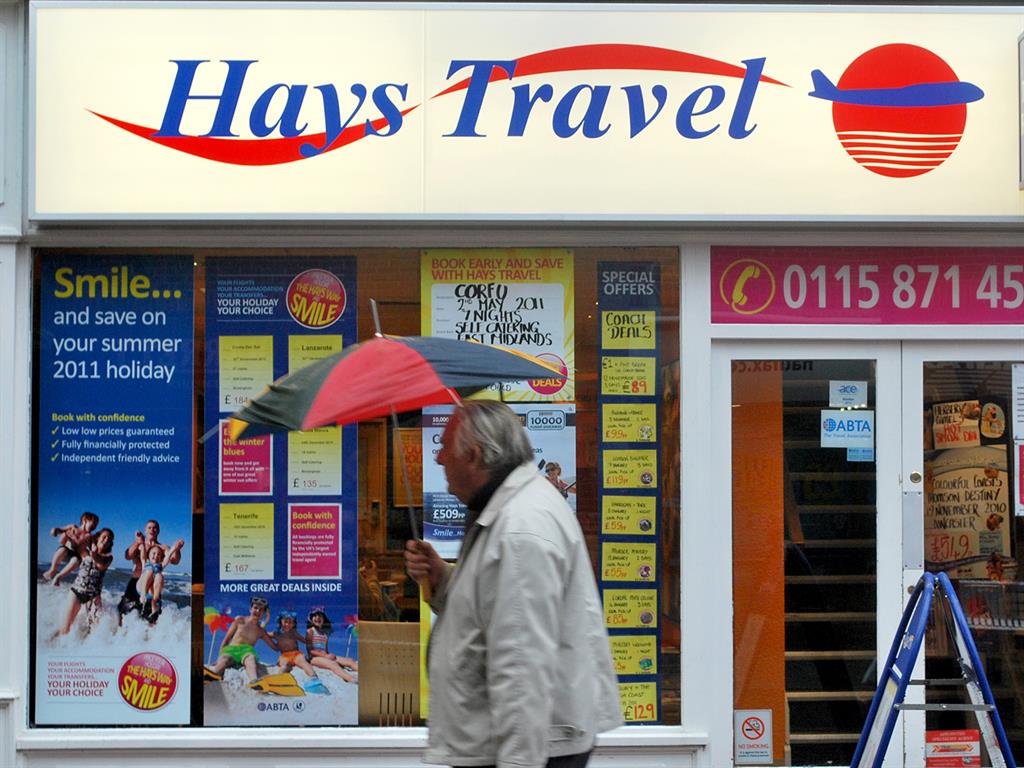 ONE of the UK’s largest travel agents has said it will save thousands of jobs at Thomas Cook after a deal to buy all 555 of the company’s stores around the UK.

Hays Travel has already employed 597 members of Thomas Cook staff since the travel group went out of business last month, and now the company intends to reopen some shops as early as tomorrow, potentially saving up to 2,500 jobs in total and creating another 100 positions at its Sunderland headquarters.

Husband and wife team Irene and John Hays, who own the travel agent, said the company burned the midnight oil, signing the deal to buy the shops at 11.53pm last night.

‘We are looking to employ as many Thomas Cook staff as possible and we are reaching out to them,’ said Mr Hays, while also confirming the Thomas Cook brand would be wiped from the high street with its shops being rebranded with the Hays name.

Hays was founded in County Durham 40 years ago and reached £1billion in sales last year. It has 190 shops and 1,900 employees. 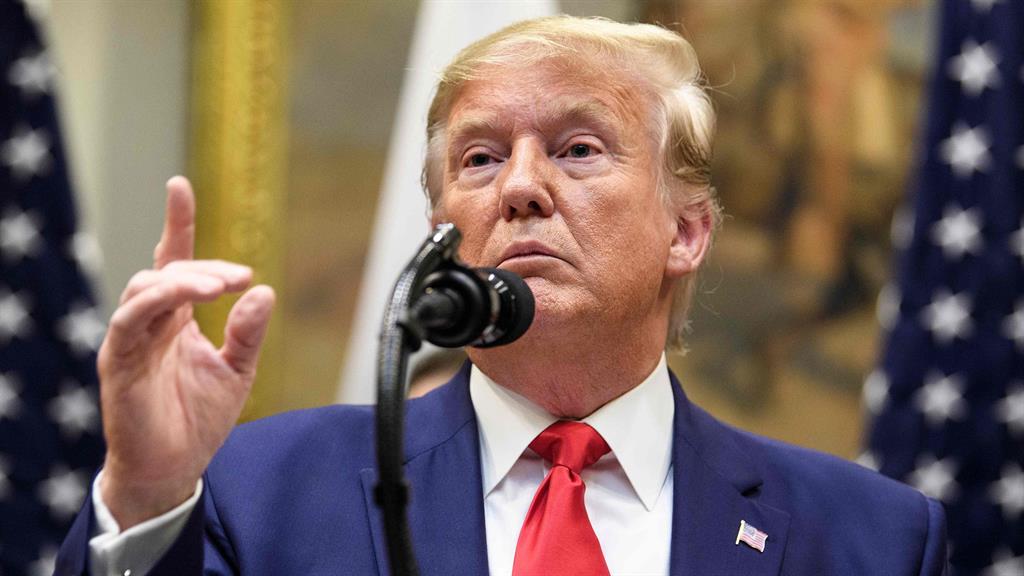 THE White House has declared it will not co-operate with what it termed an ‘illegitimate’ impeachment probe by House of Representative Democrats, setting up a constitutional clash between US president Donald Trump and Congress.

Lawyers for Mr Trump (above) sent a letter to House leaders bluntly stating their refusal to take part in the quickly moving impeachment investigation and threatening to cease co-operation with Capitol Hill on key oversight matters, accusing lawmakers of formulating their probe ‘in a manner that violates fundamental fairness and constitutionally mandated due process’.

The White House is objecting that the House did not formally vote to begin the impeachment inquiry into Mr Trump, and is also attacking the conduct of House intelligence committee chairman Adam Schiff.

House speaker Nancy Pelosi has insisted the House is well within its rules to conduct oversight of the executive branch under the Constitution regardless of a vote.

The letter comes the same day that Mr Trump intensified his fight with Congress by blocking Gordon Sondland, the US European Union ambassador, from testifying behind closed doors about the president’s dealings with Ukraine. 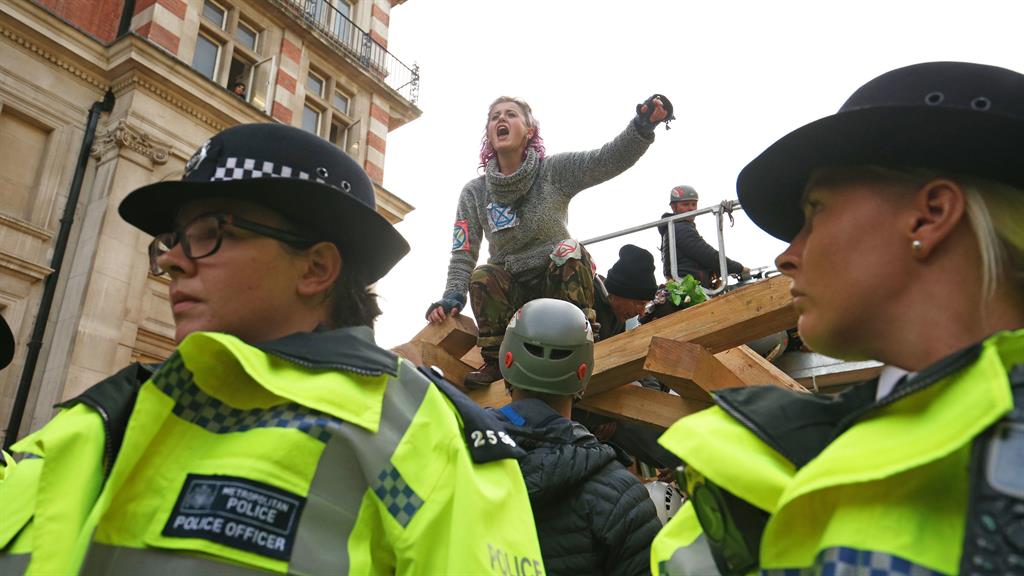 AROUND 80 tonnes of equipment used by Extinction Rebellion protesters to set up camps in central London has been seized by police.

Officers were continuing to clear any sites outside the pedestrian area of Trafalgar Square today after restrictions were put in place to stop disruption in the capital, part of which including seizing tents, portable toilets and generators.

Metropolitan Police Dep Asst Comm Laurence Taylor said six of the sites had already been cleared and more than 600 people arrested — more than half the number detained during similar two-week protest action in April.

Frontline officers across London have been put on a 12-hour shift pattern to allow colleagues to be moved to cover the protests, while a further 500 officers have been brought in from forces across England and Wales as part of the established mutual aid system for major events.

The protesters are planning to target City Airport on Thursday, but Mr Taylor said: ‘We have got plans in place should they go and target the airport so that we can intervene and we can deal proactively with anybody with that intention.’

TURKEY has launched a military operation against Kurdish fighters in north-eastern Syria after US forces withdrew from the area.

Turkish president Recep Tayyip Erdogan announced the start of the campaign, which followed an announcement on Sunday by US president Donald Trump that American troops would step aside in a shift in US policy.

‘Our mission is to prevent the creation of a terror corridor across our southern border, and to bring peace to the area,’ Mr Erdogan said in a tweet, adding that Turkish Armed Forces, together with the Syrian National Army, had launched what they called ‘Operation Peace Spring’ against Kurdish fighters to eradicate what Mr Erdogan called ‘the threat of terror’ against Turkey.

TV reports in Turkey said its warplanes had bombed Syrian Kurdish positions across the border, while Turkish airstrikes were reported to have hit the town of Ras al-Ayn on the Syrian side of the border.