DONALD TRUMP should produce a replacement for the Iran nuclear deal, Boris Johnson said as the UK, France and Germany accused Tehran of breaching the terms of the agreement.

The European allies, which remain part of the troubled nuclear deal despite the US president’s opposition, said Iran was ‘not meeting its commitments’ and referred the matter to the agreement’s dispute resolution mechanism.

Calling for a US-backed replacement deal, the prime minister said one of the problems the American leader had with the agreement was that it was negotiated by his predecessor, Barack Obama, so a new ‘Trump deal’ could be a way out of the current crisis.

Under Mr Trump, the US pulled out of the Joint Comprehensive Plan of Action (JCPOA), which eased sanctions in return for Iran agreeing to restrictions on its activity in an effort to ensure Tehran did not acquire a nuclear weapon.

Mr Johnson told BBC Breakfast: ‘The problem with the agreement is that from the American perspective it’s a flawed agreement, it expires, plus it was negotiated by president Obama.

Meanwhile, the foreign ministers of the UK, France and Germany — the E3 — issued a joint statement confirming they were beginning the dispute resolution process, but insisted they were not joining Mr Trump’s policy of ‘maximum pressure’ on Tehran.

The statement from the E3 said they had ‘no choice’ but to act, given Iran’s actions which include ignoring restrictions on enrichment of uranium.

‘Our hope is to bring Iran back into full compliance with its commitments under the JCPOA,’ they said.

The prime minister has also said he ‘did not envisage’ further escalation in the tensions between the US and Iran, adding: ‘Let’s dial this thing down.’

He said he was ‘glad’ Iran had acknowledged that it made a ‘terrible mistake’ in shooting down the Ukrainian passenger plane last week.

Iran’s judiciary said arrests have been made over the incident, in which 176 people, including four Britons, died.

President Hassan Rouhani called for a special court to be set up to handle the process, saying: ‘This is not an ordinary case. The entire world will be watching this court.’

■ Gambling on credit cards to be banned 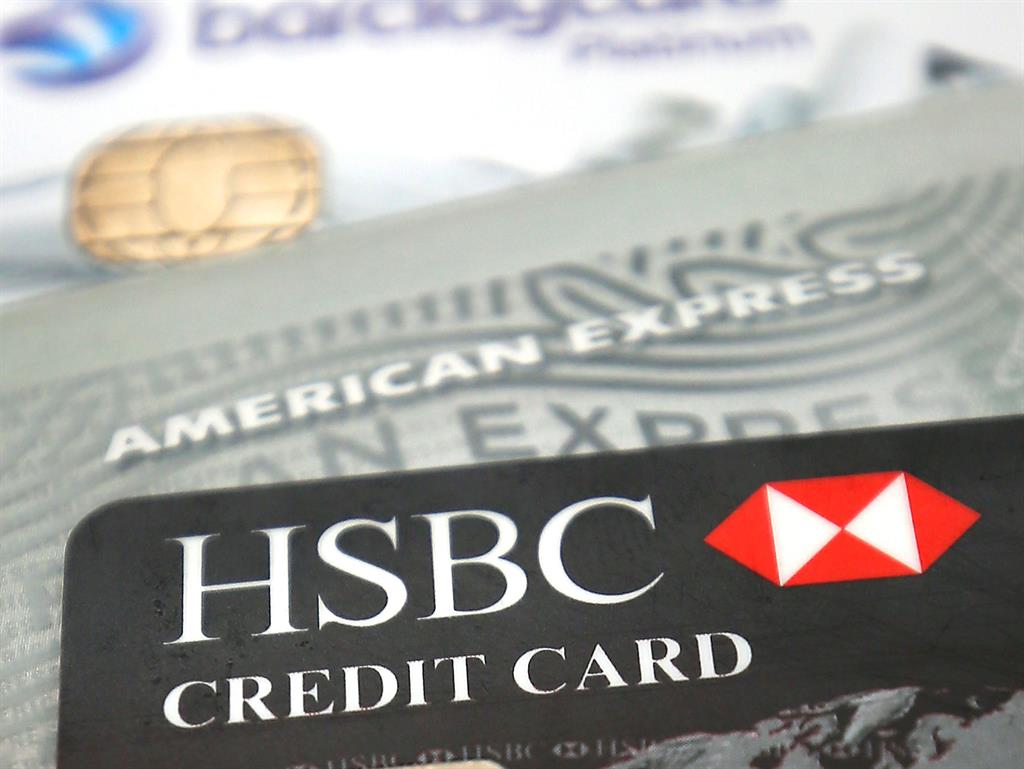 CUSTOMERS will no longer be able to use credit cards to place bets after the gambling regulator introduced a clampdown on the industry.

Firms face ‘tough enforcement action’ from the Gambling Commission once the ban is introduced on April 14, as the government seeks to address the issue of problem gambling.

Campaigners have welcomed the move, which will affect all gambling except lotteries where payment is made face to face, but warned it is only the first step.

The Betting and Gaming Council (BGC), which represents the industry, said members ‘will go further to study and improve the early identification of those at risk’.

‘The ban that we have announced today should minimise the risks of harm to consumers from gambling with money they do not have.’

The announcement is the latest blow to gambling businesses, after the government introduced a crackdown on fixed-odds betting terminals (FOBTs), which saw the maximum stake cut from £100 to £2. 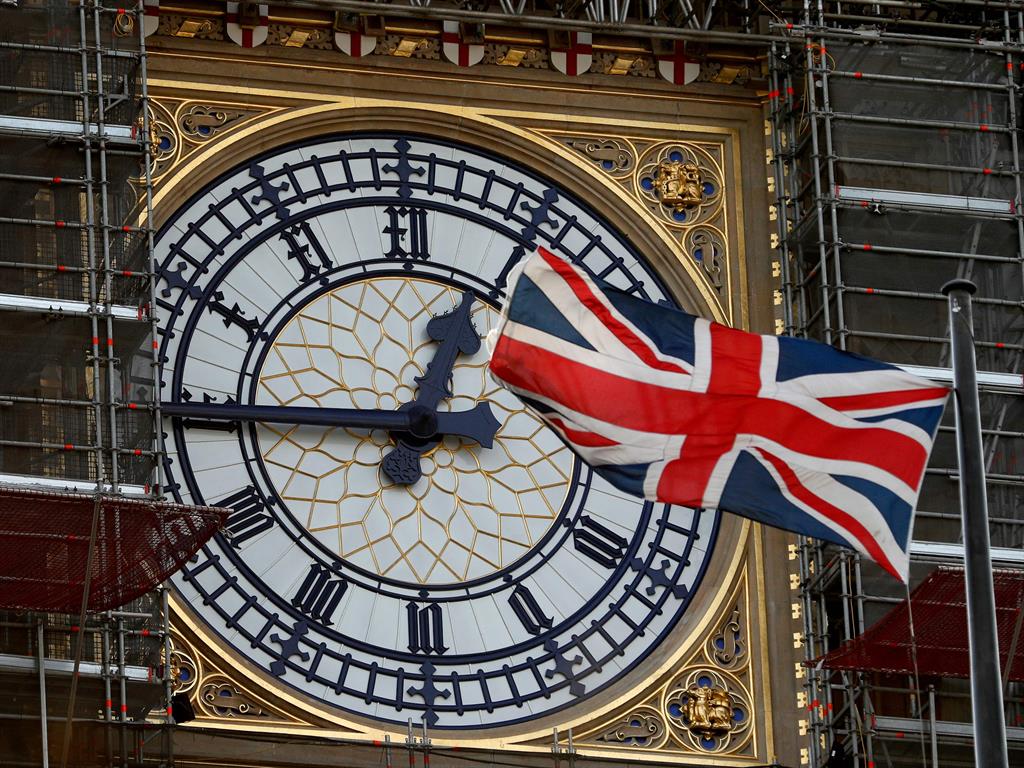 BRITONS may be able to ‘bung a bob for a Big Ben bong’ on Brexit night under plans being drawn up by the government, Boris Johnson has said.

The clock mechanism was removed in 2017 for the safety of workers involved in the four-year restoration of the Elizabeth Tower.

But there have been calls for it to chime at 11pm on January 31 to mark Britain’s departure from the European Union.

The issue was discussed at a meeting of the House of Commons Commission today, but was ruled out after it was revealed that it could cost £500,000 — up from the original estimate of £120,000.

The expanded budget stems from the need to put in and remove a temporary floor in order to test and strike Big Ben, as well as the two- to four-week delay to the refurbishment work.

Commons speaker and chair of the commission Sir Lindsay Hoyle pointed out it would cost around £50,000 per bong if Big Ben were to chime at the end of the month.

‘We also have to bear in mind that the only people who will hear it will be those who live near or are visiting Westminster,’ he said.

However, the prime minister, in an interview with BBC Breakfast, said: ‘The bongs cost £500,000 but we’re working up a plan so people can bung a bob for a Big Ben bong because there are some people who want to.

‘Because Big Ben is being refurbished, they seem to have taken the clapper away, so we need to restore the clapper in order to bong Big Ben on Brexit night.

‘And that is expensive, so we’re looking at whether the public can fund it.’

The prime minister’s official spokesman said: ‘We will make sure that, whatever happens in regard to Big Ben’s bongs, January 31 is properly marked. It is a significant moment in our history.’ 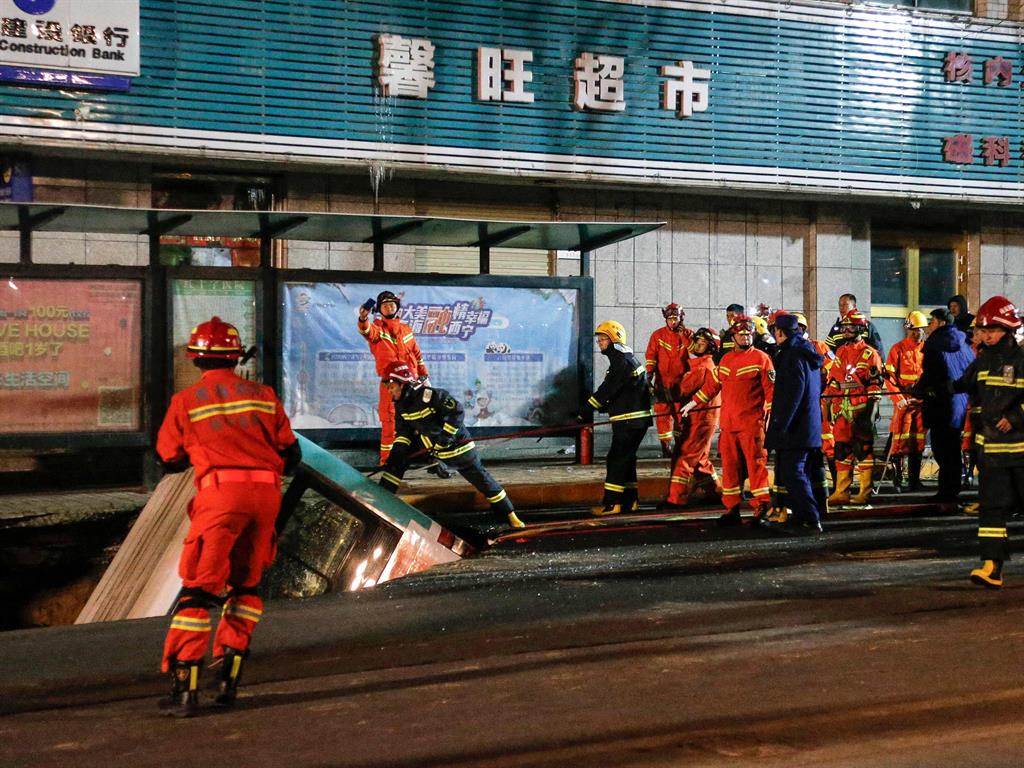 A BUS has plunged into a sinkhole on a city street in north-western China, killing at least six people with four others missing.

Some 1,000 emergency workers and 30 vehicles were sent to the site in the hilly city of Xining on the Tibetan Plateau.

Footage apparently shot by security cameras showed the vehicle settling into the hole while people nearby scrambled for safety.

In other footage, workers using diggers excavated earth around the collapse site.

Light and smoke could be seen at the surface, possibly as a result of the rupture of gas or electricity lines.

The collapse left 16 people in hospital.

The local emergency management bureau said the bus had been raised from the collapsed 860 square foot section into which it had fallen.

Mining is believed to have caused instability in the ground in many areas after years of barely restricted mineral extraction.