THREE teenage boys have admitted threatening two women on a bus after they refused to perform a sex act.

Melania Geymonat, 28, and her girlfriend Christine Hannigan (pictured) were on the upper deck of a night bus in Camden, north London, when they were confronted by the youths in the early hours of May 30.

The teenagers, aged 15, 16 and 17, appeared in court today after previously denying charges of harassment by using threatening or abusive words or behaviour.

Highbury Corner youth court previously heard the two women were surrounded by the boys, hit with coins and subjected to sexual gestures after they refused to perform a sex act.

The trial of the teenagers, who cannot be named due to their ages, is expected to last two days.

Prosecutor Saira Khan told the court they each played different roles during the nine-minute incident.

Charges were dropped today against a 17-year-old. 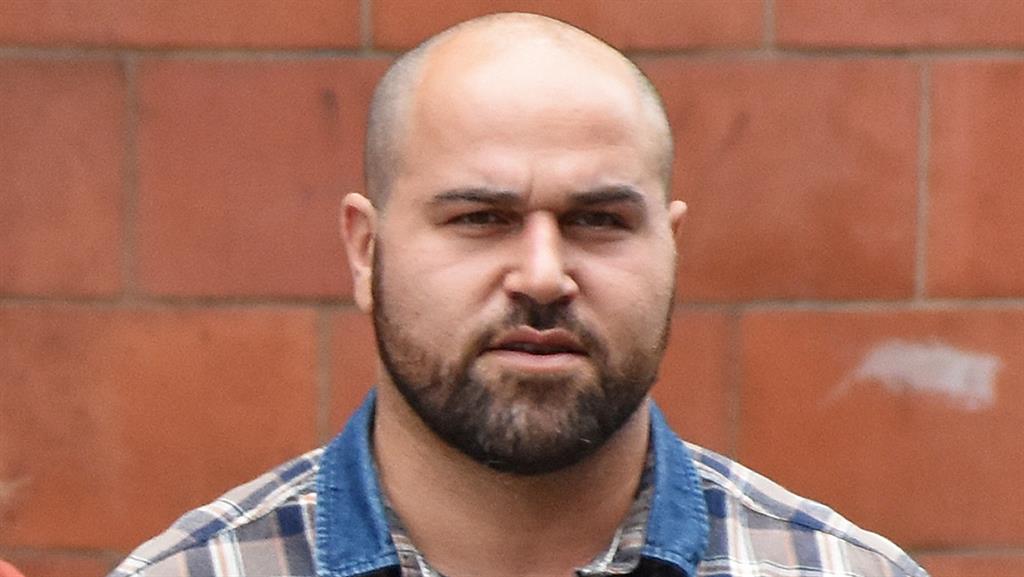 A VANDAL who launched a religiously aggravated wrecking spree on five mosques has been jailed for three years and nine months.

Arman Rezazadeh, a Muslim of Iranian descent, sparked a major hate crime inquiry supported by anti-terror police on March 21 by causing at least £11,500 worth of damage to mosques in the north Birmingham area.

He smashed windows and doors in the early hours after arming himself with a sledgehammer and golf club.

The 34-year-old (pictured) was jailed at the city’s crown court today after judge Michael Chambers QC said the offences had prompted ‘horror and terror’.

Rezazadeh, who has a history of mental health problems linked to cannabis use, handed himself in to West Midlands Police a day after the attacks.

Prosecutor Tom Walkling told the court: ‘For reasons that are obvious, the Muslim community in Birmingham and across the country was put in considerable fear.’

THE number of refugees granted asylum in the UK in the last year was at its highest level since 2003.

Humanitarian protection, like asylum or other forms of leave to remain, was granted to 19,480 people in the year to September.

This was up 28 per cent on the previous year and the highest number in a single year since June 2003, when 24,302 applications were granted, according to the Home Office.

There were 34,354 asylum applications in the UK, 22 per cent more than the previous year and the highest since 2016.

Figures showed that of 37,450 applications waiting to be processed to the end of September, 54 per cent (20,054) were waiting more than six months for an initial decision.

The Refugee Council welcomed news that more people were being granted asylum but added: ‘We are very concerned at the time it is taking incredibly vulnerable people to be given news of their fate.’

A BRONZE statue of Nancy Astor, the first woman MP to take her seat in parliament, was unveiled today.

The event at Plymouth Hoe will mark 100 years since Mrs Astor was elected to represent the Devon city for the Conservative Party.

Mrs Astor will also have a train named after her — the Nancy Astor Express — which will connect London’s Paddington and Plymouth.

The statue was unveiled by former PM Theresa May outside Mrs Astor’s family home and later visited by prime minister Boris Johnson.

There will also be an exhibition at the port’s Guildhall of 100 Years of Plymouth Powerful Women.