NICOLA STURGEON has revealed her four-point plan for easing the Covid-19 lockdown in Scotland — but she warned stricter measures may be put in place if progress in tackling the virus falters.

Scots will be allowed to meet people from one other household, sunbathe and take part in some non-contact sports from the end of next week.

All schools will reopen on August 11, but to ensure social distancing in class children will return to a ‘blended model of part-time in-school and part-time at-home learning’.

But the first minister said: ‘I cannot stand here and rule out to the people of Scotland that at some point over the next few months we might have to go back the way, because this virus is unpredictable.

‘For all our progress, the virus has not gone away. It continues to pose a significant threat to health. And if we move too quickly or without proper care, it could run out of control again very quickly.’

Ms Sturgeon told Holyrood the first phase could begin on May 28, but ‘not every phase one measure will necessarily be introduced immediately’.

The initial changes, outlined in a Scottish government document, include the gradual reopening of drive-through food outlets as well as garden centres and plant nurseries.

The second phase could see Scots allowed to meet larger groups of family and friends outside, and also meet people from another household indoors with physical distancing and hygiene measures in place.

At that point pubs and restaurants can also open outdoor spaces such as beer gardens, again with physical distancing and increased hygiene routines.

By phase three, things will ‘begin to feel closer to normal’, with pubs and restaurants opening indoor spaces and ‘personal retail services’ including hairdressers begin to trade again — all with appropriate distancing and hygiene measures in place.

Phase four will be reached when ‘the virus remains suppressed to very low levels and is no longer considered a significant threat to public health’ — but the document warns the public will have to remain ‘safety conscious’.

This final phase will see mass gatherings resume, schools and childcare provision ‘operating with any necessary precautions’, and while working from home and flexible working will still be encouraged ‘all types of workplaces would be open in line with public health advice’.

Ms Sturgeon added the plan does ‘not yet set definite dates for all phases, because the virus is unpredictable’.

■ Crime falls by a quarter amid coronavirus lockdown 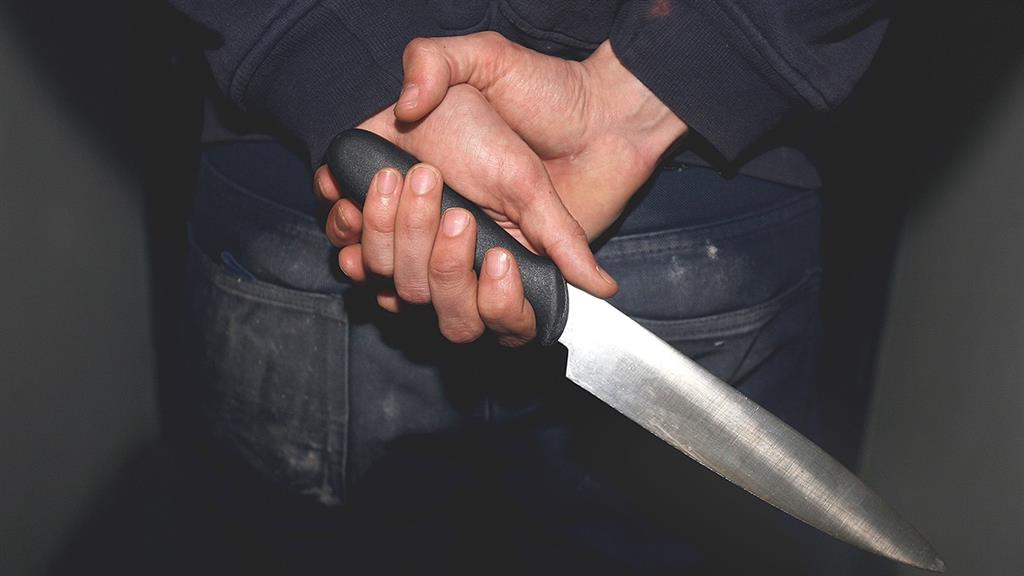 CRIME has fallen by a quarter during the Covid-19 lockdown, according to new figures.

The provisional data from all 43 territorial forces in England and Wales shows a 25 per cent drop in overall crime, excluding fraud, in the four weeks to May 10, compared to the same period last year.

There has been a 36 per cent reduction in police recorded burglary, a 41 per cent drop in vehicle crime, and a 30 per cent fall in serious assault and personal robbery, the figures released by the National Police Chiefs’ Council showed.

Recorded rape offences have fallen 28 per cent, while shoplifting is down 53 per cent with many retail businesses closed.

But assaults on emergency services workers are up 14 per cent during the period amid a string of incidents where coronavirus has been used as a threat in coughing or spitting attacks.

And police have seen a 4 per cent rise in domestic abuse incidents after fears were raised that enforced isolation could see a spike in violence in the home.

NPCC lead for crime operations, Merseyside chief constable Andy Cooke, said an increase in stop-and-search during the coronavirus lockdown, along with detectives having more time to investigate, has ‘lead to some of the highest detection rates I can remember in my 35 years of policing’.

He added: ‘These figures are not a surprise, as the public have largely stayed home during the lockdown period.

‘Forces use any spare capacity they have during lockdown to focus on proactively pursuing criminals, completing complex investigations and reducing violence.

‘As measures ease, we will bear down crime and do all we can to try and prevent it rising to pre-lockdown highs. 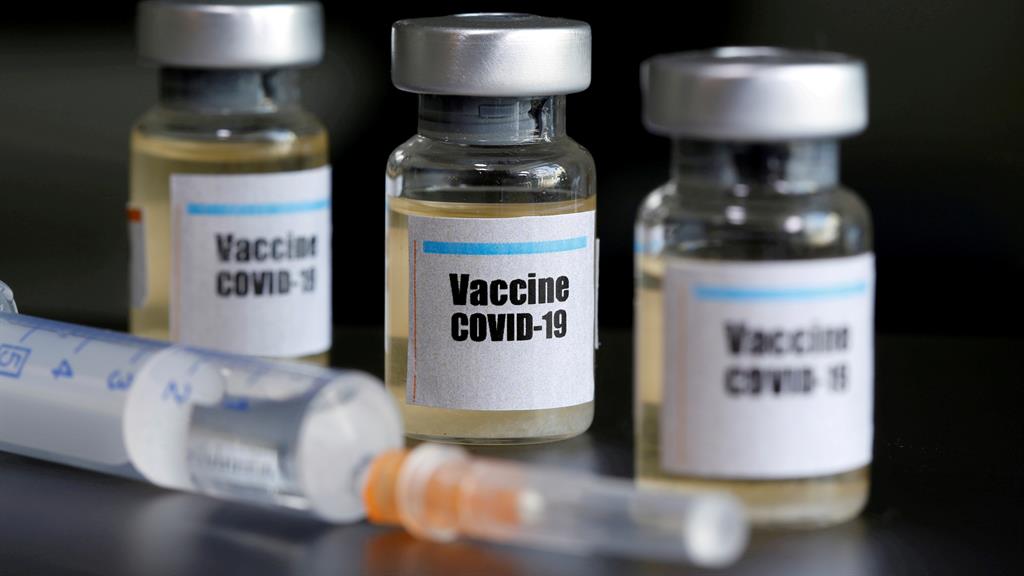 ASTRAZENECA has said it has the capacity to manufacture one billion doses of the University of Oxford’s potential Covid-19 vaccine and will begin supply in September.

The pharmaceutical firm said it has finalised its licence agreement for the ‘recombinant adenovirus vaccine’, which will now be known as AZD1222, and secured the first agreements for at least 400million doses.

Pascal Soriot, chief executive of AstraZeneca, said: ‘We are so proud to be collaborating with Oxford University to turn their ground-breaking work into a medicine that can be produced on a global scale.

‘We would like to thank the US and UK governments for their substantial support to accelerate the development and production of the vaccine.

‘We will do everything in our power to make this vaccine quickly and widely available.’

On Monday, health secretary Matt Hancock said that if the University of Oxford’s Covid-19 vaccine candidate proves successful, then up to 30million doses for the UK could be available by September.

The Oxford team is currently testing the vaccine candidate in humans, while a separate group from Imperial College London is expected to start human trials next month.

However, some scientists have warned that a vaccine might not be widely available until next year.

Professor Robin Shattock, head of mucosal infection and immunity at Imperial College London, told the BBC he believes vaccines ‘won’t be readily available for widescale use until the beginning of next year as the most optimistic estimation.’

■ EasyJet to resume flights from June 15 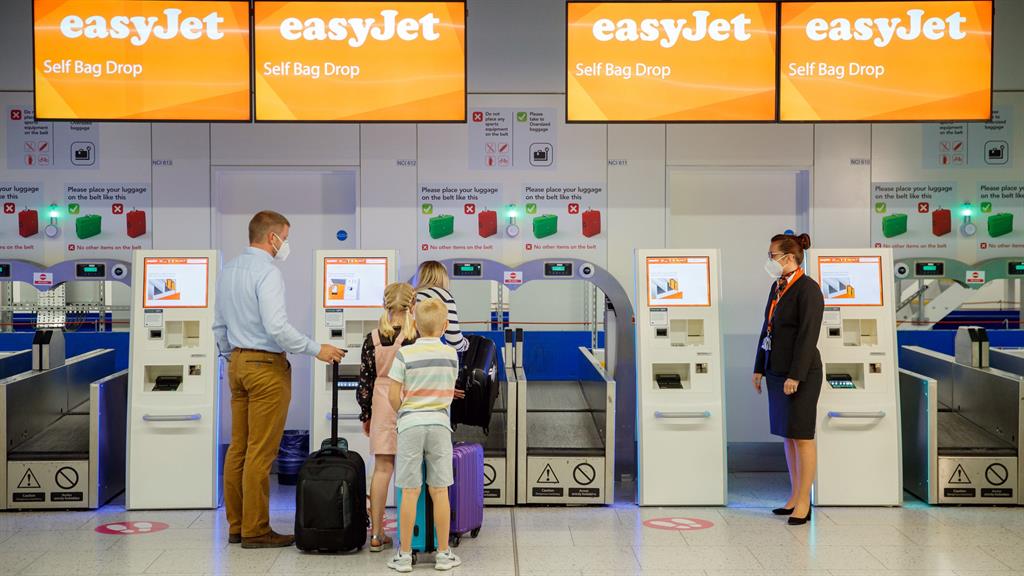 EASYJET is to resume flights from a number of UK airports from June 15.

The low-cost carrier announced that its initial schedule will involve mainly domestic flying in the UK and France, with further routes being confirmed ‘over the coming weeks’ as demand increases and coronavirus lockdown measures are relaxed.

UK airports to be served by easyJet from June 15 include Gatwick, Bristol, Birmingham, Liverpool, Newcastle, Edinburgh, Glasgow, Inverness and Belfast.

The only international route from the UK will be between Gatwick and Nice, France.

As part of new safety and hygiene measures, passengers and crew will be required to wear masks in airports and on aircraft.

No food will be sold during flights, but there will be enhanced cleaning of planes, and disinfection wipes and hand sanitiser will be made available to passengers.

Ryanair also plans to restore 40 per cent of its flights from July 1, while British Airways is due to make a ‘meaningful return’ to service in the same month.

EasyJet admitted on Tuesday that nine million of its passengers had their email addresses and travel details exposed in a ‘highly sophisticated cyber-attack’, while an additional 2,200 customers also had their credit card details stolen.

The airline insisted there is ‘no evidence that any personal information of any nature has been misused’.

On Friday, easyJet shareholders will vote on whether to remove chief executive Johan Lundgren, chairman John Barton and two non-executives from their positions.

This is part of a bitter battle between founder Sir Stelios Haji-Ioannou and the company’s management.