INCREASING numbers of patients are waiting more than four hours to be seen at A&E departments, which also saw a record number of attendances and ambulance callouts in December.

Data from NHS England shows 79.8 per cent of A&E patients were seen within four hours in November — the worst figure on record and set against a target of 95 per cent.

The monthly performance statistics show there were 2,181,024 attendances last month — a 6.5 per cent rise from December 2018.

This equates to 4,307 extra attendances per day — the highest number on record.

More than a fifth of people who attended emergency departments had to wait more than four hours to be seen, assessed and treated.

Some 98,452 patients waited more than four hours for a bed after a decision was made to admit them — 64.6 per cent higher than December 2018.

Downing Street said winter was ‘always challenging’ for the NHS.

Niall Dickson, chief executive of the NHS Confederation, said the figures ‘represent a cry of despair from a service that is delivering remarkable care to millions of patients, but is under enormous pressure’.

The British Medical Association called the winter figures ‘truly alarming’, and asked ‘How many wake-up calls does the Government need?’.

Nuffield Trust chief economist Professor John Appleby said: ‘These would be dire performance figures for any December but what’s worrying is that we are still awaiting the truly cold winter weather that we know will plunge the NHS into further problems.’

The prime minister’s official spokesman said: ‘Over two million people attended A&E last month. That means that dedicated staff cared for over 70,000 people every day — the highest ever for December.

‘We have invested an extra £240million in adult social care to get patients home quicker and an extra £1billion for immediate hospital upgrades.

‘Improving the NHS is a priority of the prime minister and a record cash boost worth £33.9billion extra by 2023/24 is being enshrined in law by the government.’

THE crew of a Ukrainian airliner that crashed in Iran never made a radio call for help and were trying to turn back to the airport when it went down, according to an initial Iranian report.

The report suggested a sudden emergency struck the Boeing 737, operated by Ukrainian International Airlines, when it went down early on Wednesday moments after taking off from Imam Khomeini International Airport in Tehran, killing 176 people.

Investigators from Iran’s Civil Aviation Organisation offered no immediate explanation for the disaster.

Witnesses, including the crew of a passing flight, described seeing the plane engulfed in flames before crashing, the report said. The crash caused a massive explosion when the plane hit the ground, likely to have been because the aircraft was fully loaded with fuel for the flight to Kyiv in Ukraine.

The report also confirmed that both the ‘black boxes’ that contain data and cockpit communications from the plane had been recovered, though they had been damaged and some parts of their memory was lost.

It also said investigators have initially ruled out laser or electromagnetic interference as causing the crash.

Oleksiy Danilov, secretary of Ukraine’s Security Council, told Ukrainian media that officials had several working theories regarding the crash, including a missile strike.

‘A strike by a missile, possibly a Tor missile system, is among the main (theories), as information has surfaced on the internet about elements of a missile being found near the site of the crash,’ Mr Danilov said.

Ukrainian investigators that arrived in Iran earlier on Thursday are awaiting permission from Iranian authorities to examine the crash site and look for missile fragments, Mr Danilov said.

The Tor is a Russian-made missile system. Russia delivered 29 Tor-M1s to Iran in 2007 as part of a 700 million dollar contract signed in December 2005.

Mr Danilov also said other possible causes under consideration included a drone or another flying object crashing into the plane, a terrorist attack or an engine malfunction causing an explosion.

GAPS in the legal system are allowing sex offenders such as Gary Glitter and Richard Huckle to travel abroad and target vulnerable children in less developed countries, the Independent Inquiry into Child Sexual Abuse (IICSA) has found.

Measures applied to people convicted of a sexual offence — such as sexual harm prevention orders (SHPO) — have only had a minimal impact on restricting foreign travel, while others are still able to breach bans in an attempt to abuse outside of the UK, its report said.

The inquiry found a huge disparity between the high number of registered sex offenders and the low number of such orders banning foreign travel being made — of the 5,550 SHPOs imposed in England and Wales in 2017/18, foreign travel restrictions were imposed in just 11 cases.

The inquiry said ‘more radical measures’ need to be taken to increase the number of foreign travel restriction orders being made, and suggested a national action plan to ‘help ensure a coordinated response on the issue and also raise public awareness’.

The report, published on Thursday, also found that the disclosure and barring system (DBS), including the International Child Protection Certificate that overseas institutions can request when recruiting British nationals, is ‘confusing, inconsistent and in need of reform’.

The inquiry found that as of March 31 2018, only around 0.2 per cent of the 58,637 registered sex offenders in England and Wales had their foreign travel restricted.

It also found that disaster areas, particularly those in poorer countries, acted as a magnet for sexual abusers.

The report cited the cases of Glitter and Huckle as highlighting issues where systems failed to protect children.

Shamed rockstar Glitter, real name Paul Gadd, admitted possessing child pornography images and was sentenced to four months in 1999. But he was still able to travel to Cambodia, Thailand and Vietnam.

In 2002, he was expelled from Cambodia over unspecified allegations, and in March 2006 he was convicted of sexually abusing two girls, aged 10 and 11, in Vietnam.

Huckle, one of Britain’s most prolific paedophiles, went on to groom and abuse scores of children in impoverished Malaysian communities by posing as a respectable Christian English teacher and philanthropist.

He was given 22 life sentences at the Old Bailey in 2016 for an unprecedented number of offences against children aged between six months and 12 years, but was stabbed to death in jail last year.

■ 72% of London under-25 homicides from black community 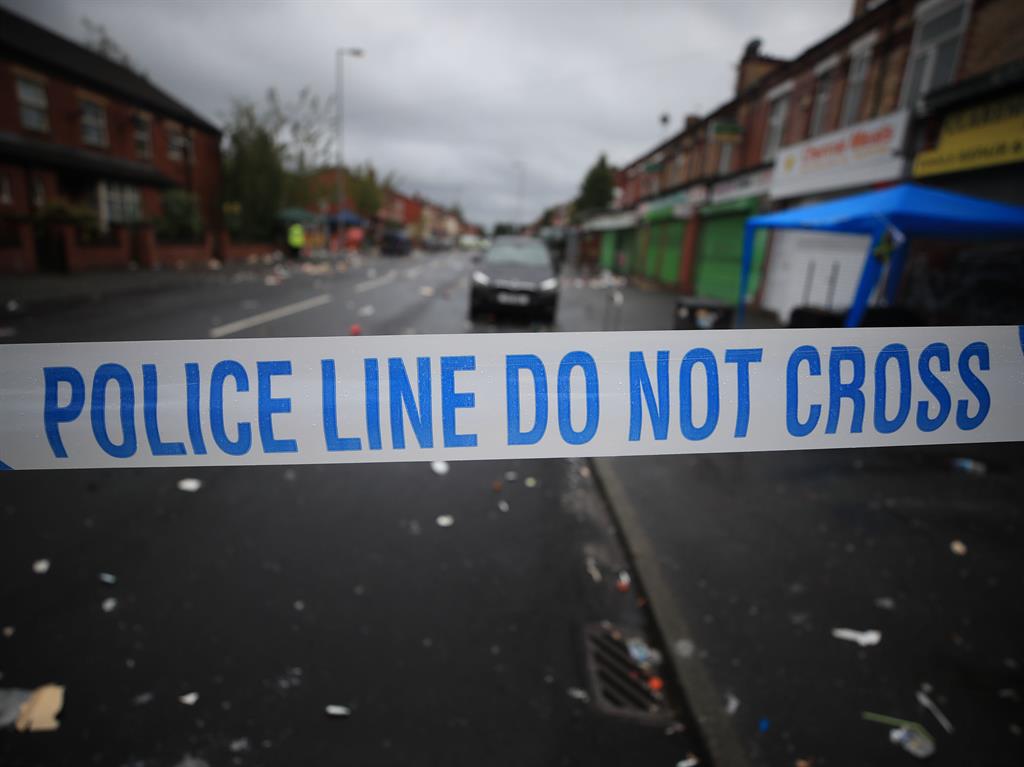 ALMOST three quarters of under 25-year-olds killed in London homicides last year were from the Afro-Caribbean community, Scotland Yard has revealed.

Deputy Commissioner Sir Stephen House described the murder of young black men and boys in the capital as ‘completely disproportionate’.

London saw 149 homicides in 2019, compared to 133 the previous year, despite a drop nationally.

Sir Stephen told members of the London Assembly’s Police and Crime Committee on Thursday: ‘Of 149 homicide victims in 2019, 54 of them were under 25.

‘Of those 54, 39 were from the Afro-Caribbean community, which is 72 per cent, which is a completely disproportionate figure if you look at the population of London.’

According to the most recent available figures from the Office of National Statistics, an estimated 12 per cent of the London population is black, a grouping including black African, Caribbean and other.

It comes after Met Police Commissioner Cressida Dick pledged to make the fight against violence her ‘number one priority’ in 2020 to tackle the rising murder rate.