THE government is facing the threat of industrial action if it imposes a cap on the pay of millions of public sector workers.

Chancellor Rishi Sunak (pictured above) is reportedly preparing to announce a limit on the pay of millions of council staff, civil servants, teachers, police and other public servants when he unveils his spending review next week.

Frontline NHS doctors and nurses are expected to be exempt from any cap in recognition of their work during the coronavirus crisis.

Unions reacted angrily to the prospect of a wage freeze after such a tumultuous year, with one saying industrial action could not be ruled out.

The Treasury said it did not comment on speculation, but said public sector pay restraint was mentioned by Mr Sunak in July when the spending review was launched.

Mark Serwotka, general secretary of the Public and Commercial Services union, said: ‘Civil servants along with millions of other public sector workers have kept the country running throughout this pandemic, and the last thing they deserve is another pay freeze.’

However, a new report by the Centre for Policy Studies said private sector workers had suffered far more from the economic impact of the disease.

The centre-right think tank said measures were needed to ensure the labour market was not unfairly weighted towards the public sector. 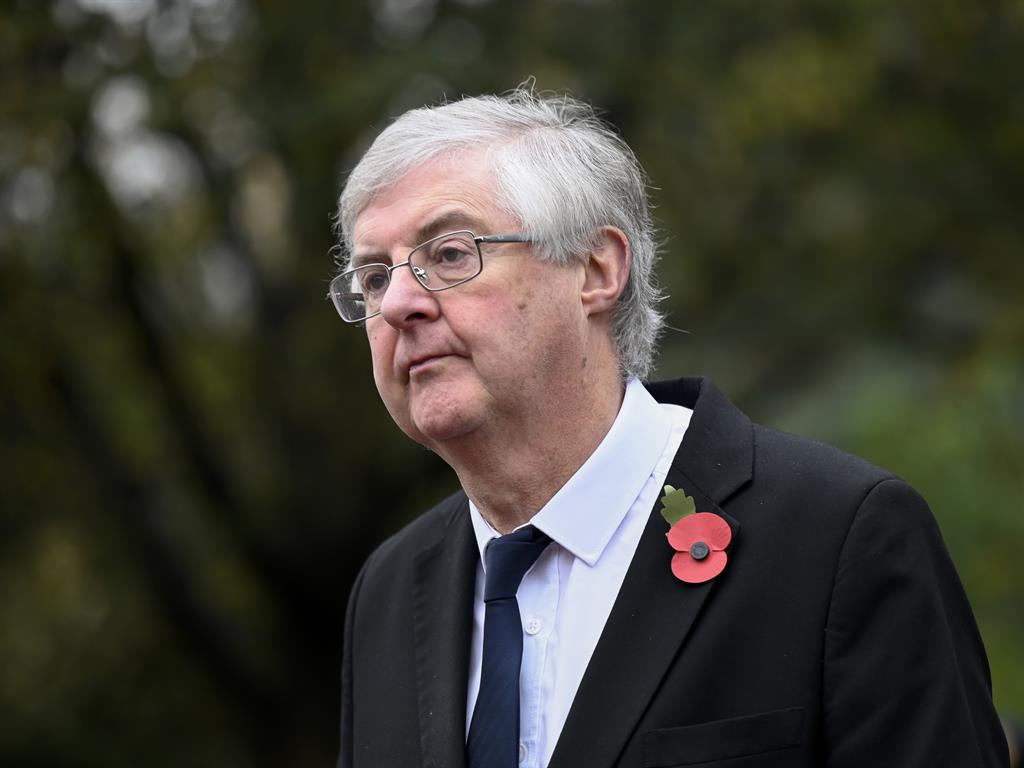 The Welsh Labour leader said the evidence was ‘now good enough to say that the firebreak period did succeed’.

The decision to impose the firebreak, which started on October 23 and ended on November 9, was criticised by UK government ministers before Boris Johnson announced England’s own month-long lockdown, due to finish on December 2.

It comes as Northern Ireland announced its own firebreak-style lockdown, due to start next week.

‘So we think that firebreak period has succeeded. The question is whether it has succeeded enough, and whether people in Wales are now behaving in ways that allow us to capitalise on the ground we’ve gained, rather than seeing it frittered away.’ 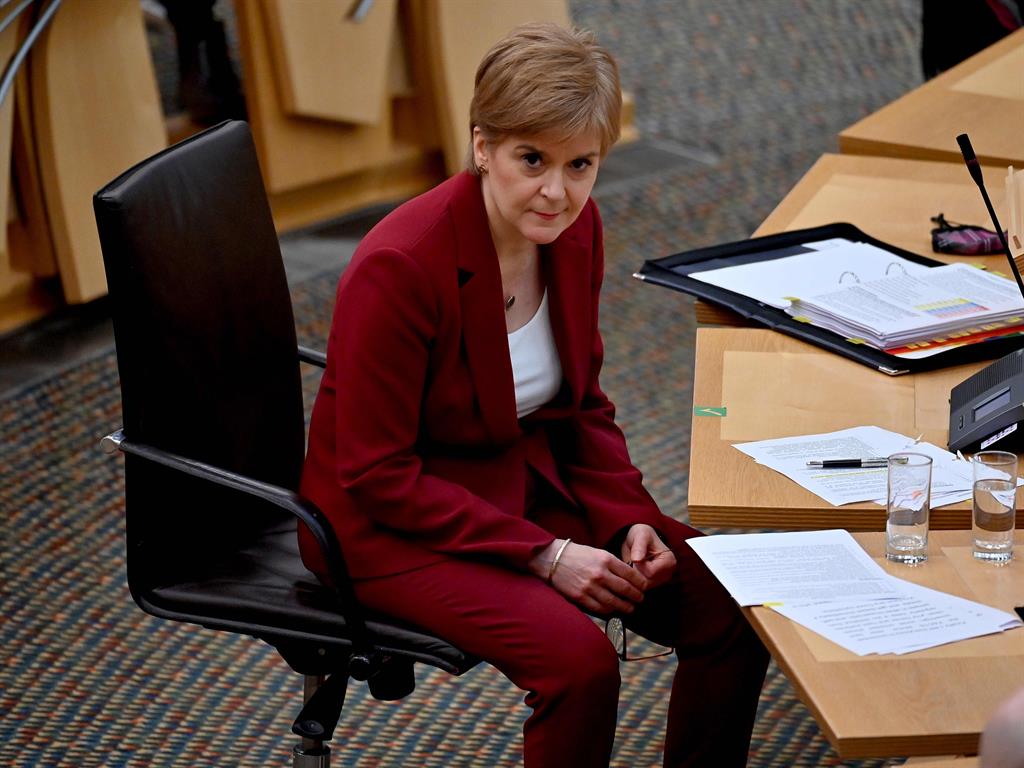 TOUGHER coronavirus restrictions coming into effect today in Scotland will ‘lower the risk’ of people getting Covid-19 at Christmas, first minister Nicola Sturgeon has said.

The most populated parts of Scotland, including Glasgow, Stirling and Lanarkshire, will move from Level 3 to Level 4 of the Scottish government’s five-tier system at 6pm.

Across 11 council areas, non-essential shops, hospitality, gyms and hairdressers will be forced to close and people will be told to stay at home as much as possible.

A ban will also come into law restricting people in Level 3 and Level 4 areas from travelling outside of their council boundaries and on all Scots from entering other parts of the UK or Ireland.

Speaking during the Scottish government’s daily coronavirus briefing, Ms Sturgeon (above) said infections rates had stabilised in recent weeks — but they had stabilised at a stubbornly high level in some areas.

She said the new restrictions would help infection rates come down further before the Christmas period. 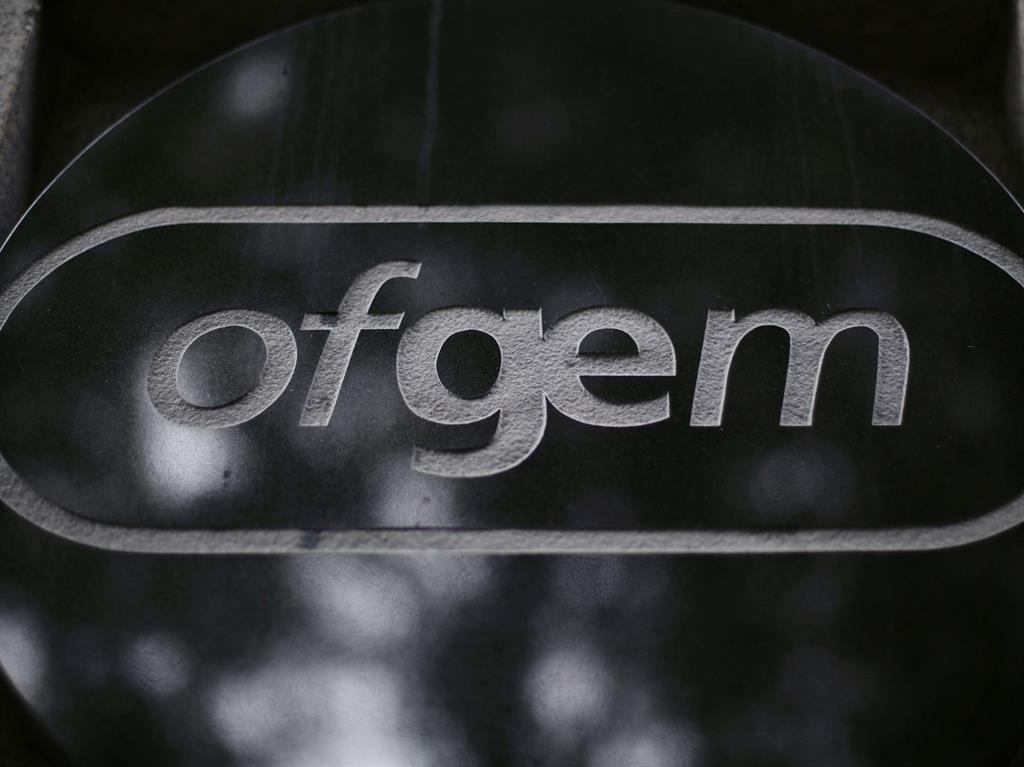 BRITISH households may have to shoulder a hike in their energy bills from the beginning of April because of coronavirus, under new proposals from Ofgem.

The regulator has proposed an increase to the maximum many households can be charged on their bills, because the pandemic is putting pressure on energy companies.

Ofgem said it is considering a £21-per-household Covid hike to the default price cap when it next comes up for review.

This would come on top of any other changes made to the amount energy companies can charge customers on their default rates.

The current price cap, which runs between October 2020 and the end of March 2021, is set at £1,042 per household for both gas and electricity.

Ofgem reviews this cap every six months, and was already widely expected to hike it in February when it announces the new one which will come into force in the beginning of April.

Energy prices have gone down in the last three consecutive reviews. However, wholesale energy prices have recovered from the lows they hit earlier this year when demand for fuel collapsed because of the Covid-19 crisis.

Ofgem said the potential £21 hike would help remove some of the pressure on energy companies facing high levels of unpaid bills as households struggle to keep up during the pandemic.

The hike will let them recover some of the estimated £200million of bad debt that customers have collected.

Consultation on the proposals will run until December 21, and Ofgem will share its decision in February before announcing the new price cap.