BORIS JOHNSON has condemned some of the free school meal offerings being sent to families as ‘disgraceful’ after images of poor-quality food parcels were widely shared on social media.

The prime minister (pictured above) said photos of meals delivered to parents during the latest lockdown were ‘appalling’ and an ‘insult’ to the families who had received them.

Education secretary Gavin Williamson warned that companies which supply poor free school meal parcels will be named and shamed if they fail to deliver against food standards.

Speaking to the Commons Education Select Committee, Mr Williamson said he was ‘absolutely disgusted’ after seeing a picture of a meagre food parcel delivered to a disabled mother-of-two.

Mr Williamson said the national voucher scheme for free school meals will relaunch next week, after education leaders, campaigners and MPs called on the government to roll out the programme urgently.

Responding to a question from Labour leader Sir Keir Starmer, Mr Johnson told the Commons: ‘I don’t think anybody in this House is happy with the disgraceful images that we’ve seen of the food parcels that have been offered.

‘They’re appalling, they’re an insult to the families that have received them.’ 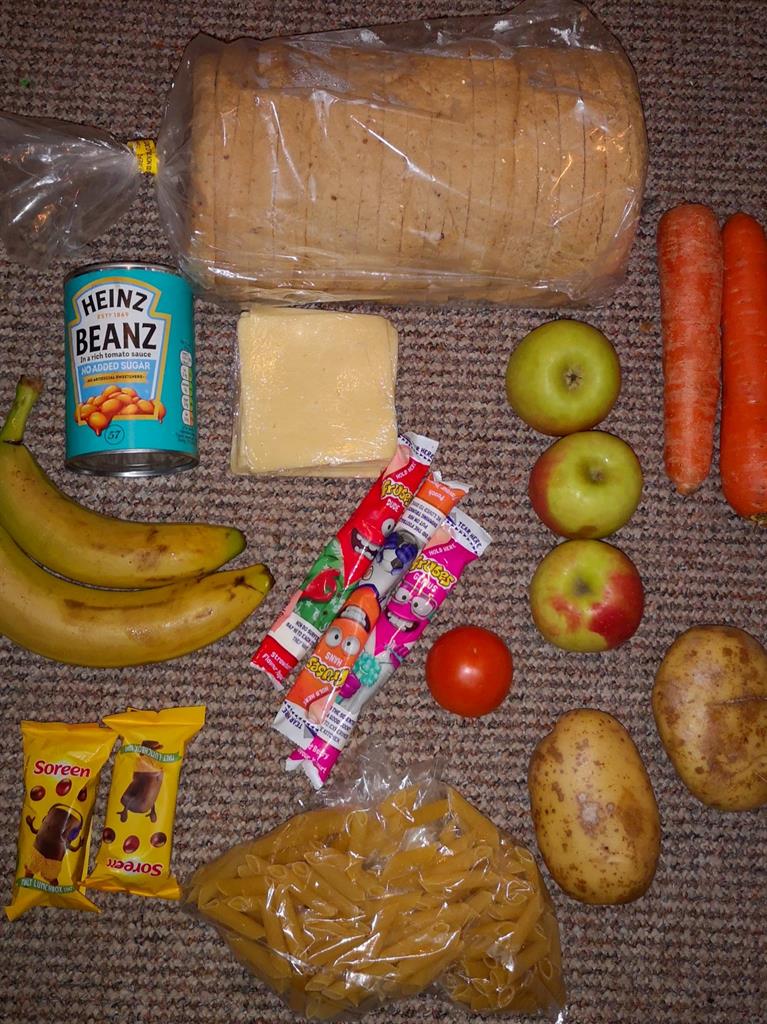 Mr Williamson told MPs it had been made clear to Chartwells, the company that provided the pictured parcel (pictured), as well as the entire education food sector, that such behaviour ‘will not be tolerated’.

On alternatives to parcels, Mr Williamson said: ‘All schools still have the option of doing locally procured vouchers if that is the route they want to do, but the national scheme will be available from next week.’

A spokesperson for Chartwells said: ‘We have had time to investigate the picture circulated on Twitter. For clarity this shows five days of free school lunches (not 10 days) and the charge for food, packing and distribution was actually £10.50 and not £30 as suggested.

‘However, in our efforts to provide thousands of food parcels a week at extremely short notice we are very sorry the quantity has fallen short in this instance.’

■ Parents could be asked to administer Covid tests 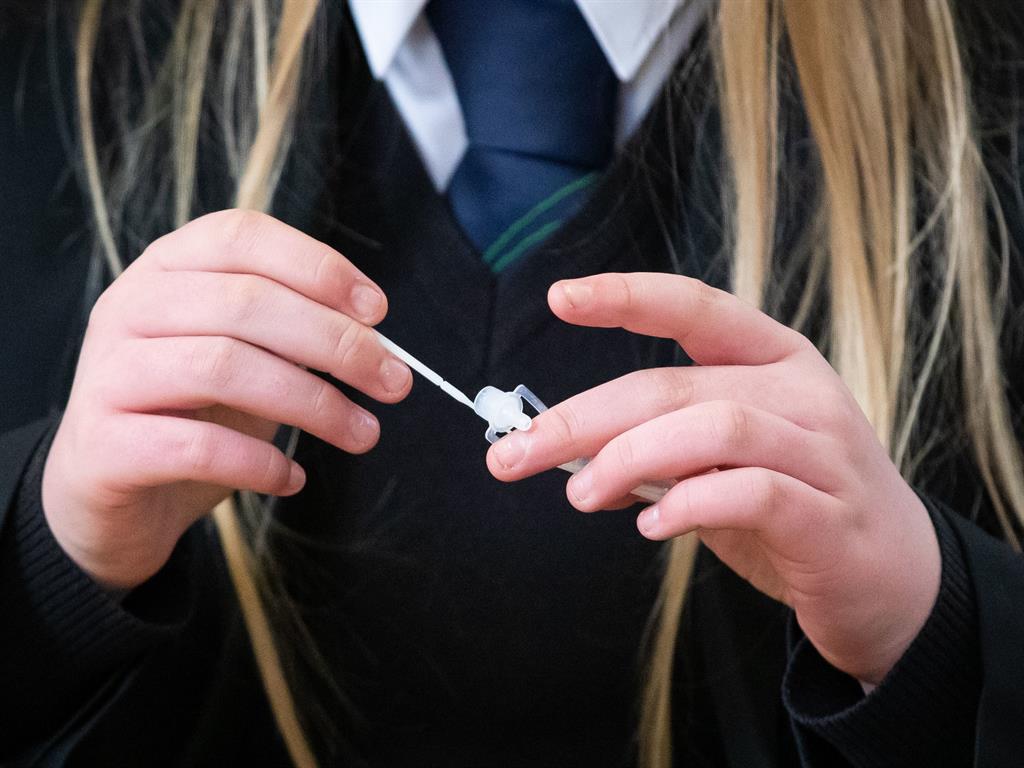 PARENTS could be asked to test primary school-aged children for Covid-19 at home rather than at school under the government’s plans to roll out mass testing among pupils.

Education secretary Gavin Williamson said primary school teachers will be able to be tested for Covid-19 next week, but he added it was ‘not appropriate or right’ to ask staff to test primary school pupils.

Instead, the government is considering a system whereby families could administer the rapid coronavirus tests for primary school-aged children from their homes, Mr Williamson told MPs.

The mass testing of staff and pupils in secondary schools and colleges began being rolled out in England last week as part of the government’s efforts to bring students back to class safely.

Following the announcement that most pupils will now learn remotely until February half-term, the lateral flow tests are being used on staff, children of key workers and vulnerable pupils who are still on-site.

‘If we’re testing a child, in essence we’re in a position where we’re also testing a household as well.

‘We’re extending staff testing as of next week to primary schools and I would like to see it rolled out to all pupils, that’s my ambition — that’s where I want us to get to.’

Mr Williamson said that both primary teachers and support staff would be able to self-administer the tests at home and the government was providing a £78million support package to help with the rollout. 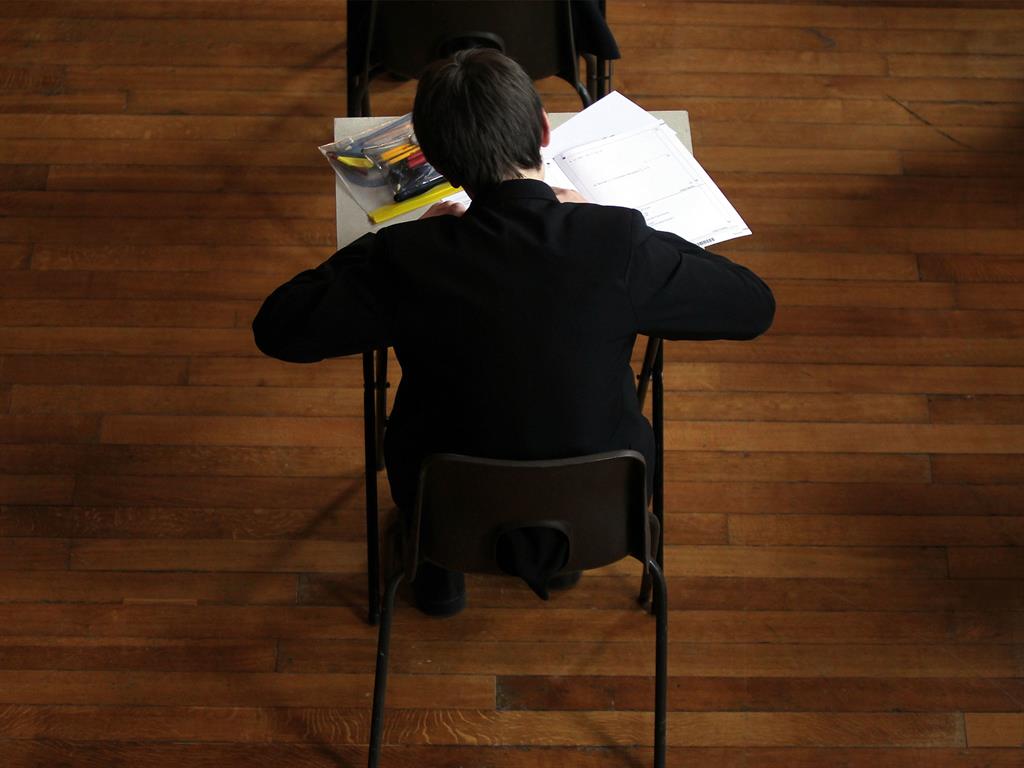 GCSE and A-level students in England could be asked to sit externally-set papers to help teachers with their assessments after exams were cancelled, education secretary Gavin Williamson has suggested.

Mr Williamson has set out his expectations for how this summer’s exams will be replaced to ensure students receive fair grades in a letter to England’s exams regulator Ofqual.

Teachers should make a final judgement on a student’s grade ‘as late as possible’ to maximise the remaining teaching time and ensure students remain motivated, the education secretary has said.

Last week, Mr Williamson told MPs that he wishes to use a form of teacher-assessed grades to award results after he announced that GCSE, AS and A-level exams were to be cancelled amid the pandemic.

In a letter to Ofqual’s chief regulator Simon Lebus, Mr Williamson has said he would like ‘to explore the possibility’ of using externally set tasks or papers to help teachers with their assessments of students.

The education secretary said the government has agreed not to use an algorithm to set or automatically standardise students’ grades, but he said there should be external checks in place to support fairness and consistency between different institutions and to avoid schools ‘proposing anomalous grades’.

Last summer, thousands of A-level students had their results downgraded from school estimates by a controversial algorithm, before Ofqual announced a U-turn allowing them to use teachers’ predictions.

A consultation on the options for exam alternatives is due to be published by Ofqual later this week.

In the letter, Mr Williamson added: ‘It is my view that a teacher’s final judgment on a student’s grade ought to be as late as possible in the academic year to maximise remaining teaching time and ensure students are motivated to remain engaged in education.’

Mr Williamson’s message to Ofqual confirmed that most written exams for vocational and technical qualifications (VTQ) scheduled for February and March — including Btecs — will not go ahead.

But he said some VTQ assessments should still occur over the coming months when they are needed to ‘enable a student to demonstrate the proficiency required to enter directly into employment’.