NAGA MUNCHETTY was tight-lipped on her return to BBC Breakfast after becoming the centre of a media storm over her comments on Donald Trump.

Back on the morning show couch the presenter avoided any reference to the race row.

It was the host’s first day back on the couch since the BBC upheld a complaint against Ms Munchetty for offering a personal view on the US president demanding a group of black and minority politicians ‘go back’ to their own country.

The presenter and her co-host Charlie Stayt (pictured below) did not reference the furore over BBC impartiality. 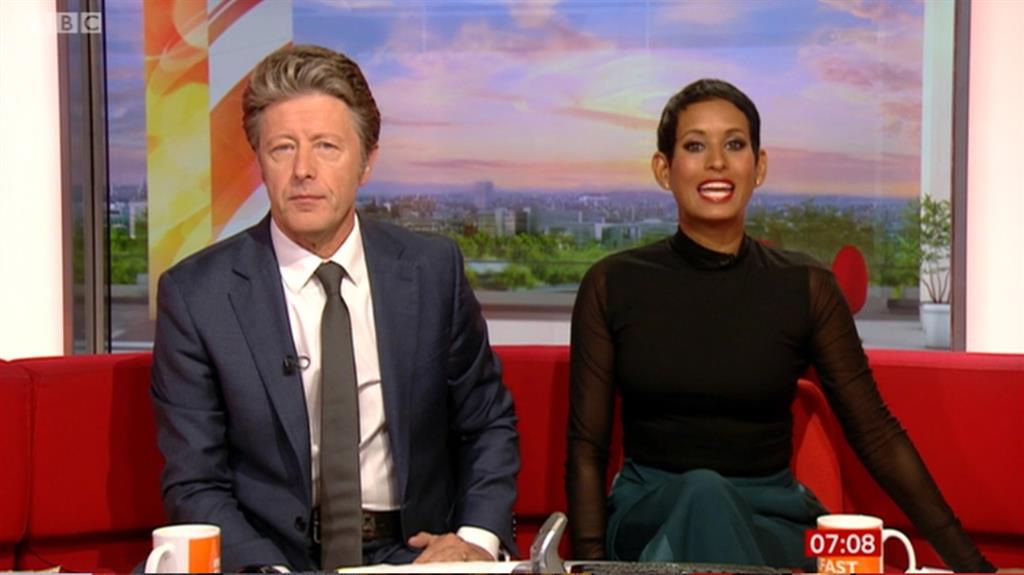 On her way to work she would not answer questions on the recent debate, and remained silent when asked if she felt let down by the corporation.

The presenter was escorted into the studio at Salford’s MediaCityUK by security staff in the wake of outrage over her censure for breaching impartiality guidelines. 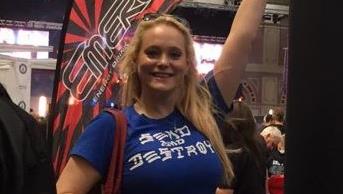 AMERICAN businesswoman Jennifer Arcuri has said allegations that Boris Johnson bent rules to help her and her company when she lived in the UK are part of an orchestrated attack.

Ms Arcuri said she had every right to go on overseas trade missions with Mr Johnson when he was London mayor.

‘I’m being used as collateral. All the allegations are false,’ she told the Daily Mail in Los Angeles, where she now lives.

‘Someone has gone to great lengths to put together a massive attack and I stand by the legitimacy of my business. I am in fact a legitimate businesswoman.’

Ms Arcuri added that it was a shame to see successful businesswomen ‘persecuted’ and said she had support from other women who ‘see through these attacks’.

In an interview with LBC radio this week, Mr Johnson suggested stories regarding himself and Ms Arcuri had come to light because of his government’s stance on Brexit. 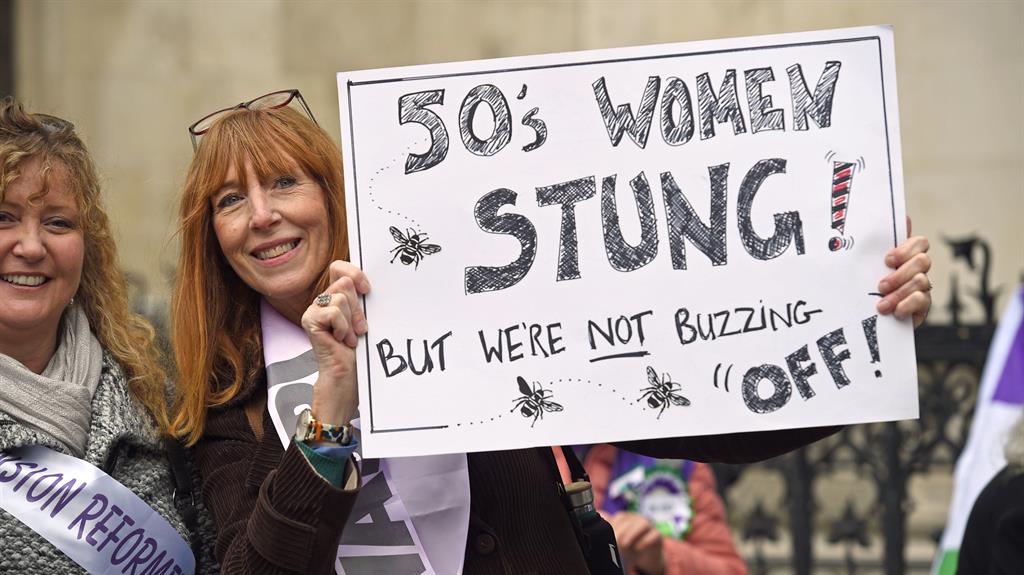 WOMEN affected by controversial changes to the state pension age have called on parliament to intervene after they lost their landmark High Court fight.

Nearly four million women born in the 1950s have been affected by the changes, introduced by successive governments in an attempt to ensure ‘pension age equalisation’, which have raised the state pension age from 60 to 66.

Julie Delve, 61, and Karen Glynn, 63 — supported by campaign group Backto60 — took the Department for Work and Pensions (DWP) to court, arguing that raising their pension age unlawfully discriminated against them on the grounds of age and sex, and that they were not given adequate notice of the changes.

In their ruling at the Royal Courts of Justice in London, the judges stated: ‘There is no basis for concluding that the policy choices reflected in this legislation were not open to government. We are satisfied that they were. In any event they were approved by parliament. The wider issues raised by the claimants, about whether these choices were right or wrong or good or bad, are not for us; they are for members of the public and their elected representatives.’

Joanne Welch, from the Backto60 campaign, said outside the Royal Courts of Justice: ‘Where do we go from here? Well, where will the government go from here is the better question.

‘MPs and parliament have allowed this issue to languish for so many years with false promises about what they are going to do. We are hoping now that, given the judiciary have said that parliament must look at this … that they will do that because women are suffering.’

Shadow home secretary Diane Abbott tweeted that she was ‘disappointed’ with the ruling, while Green Party MP Caroline Lucas said: ‘The gross pensions injustice for #1950swomen remains — I will continue to support their fight.’

■ Ex-EastEnders star died from lung conditions and ‘excess of morphine’ 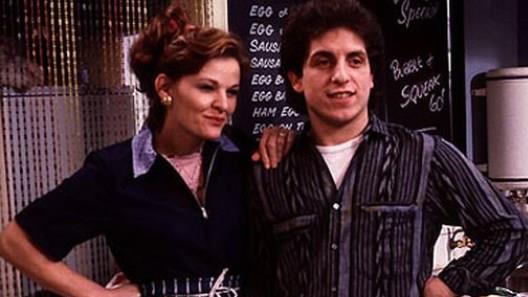 A FORMER EastEnders actor died after taking an excessive amount of morphine while suffering from two terminal lung conditions, an inquest has heard.

Alexandra ‘Sandy’ Ratcliff was one of the BBC soap’s original cast members and appeared as cafe owner Sue Osman (above) between 1985 and 1989.

But off screen, she struggled with heroin addiction for about 20 years, an inquest at Poplar coroner’s court heard.

She died aged 70 in the bedroom of her sheltered housing accommodation at St Peter’s House on Bethune Road in Stoke Newington, London, on April 7.

The inquest heard that she had been discharged from hospital the day before and given morphine for pain relief. 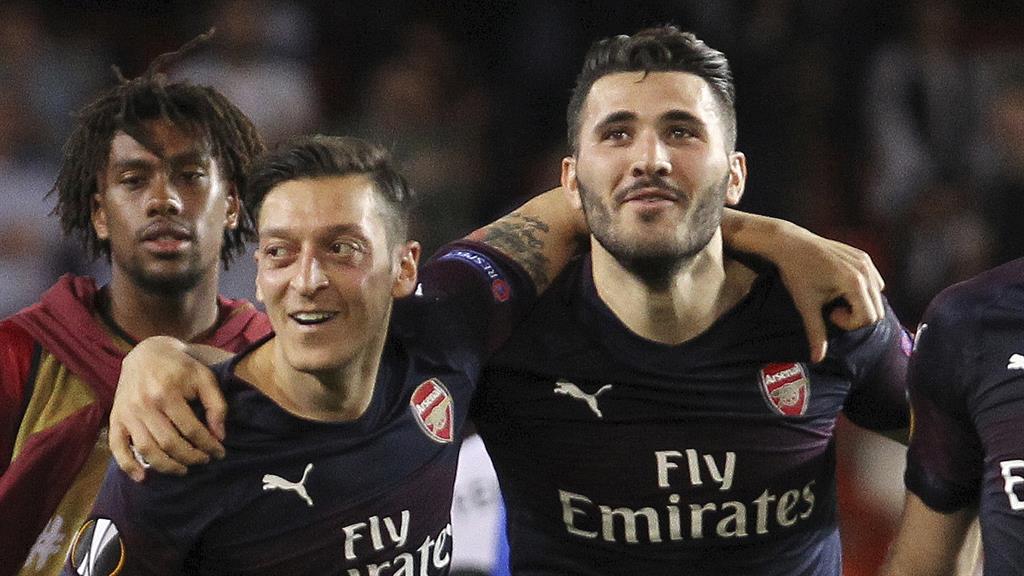 A MAN has admitted trying to rob two Arsenal footballers.

He appeared at Snaresbrook crown court by video link this morning to admit trying to ambush World Cup winner Ozil, 30, and full-back Kolasinac, 26, in Platts Lane on July 25.

The club’s £350,000-a-week Germany midfielder Ozil can be seen in his black Mercedes G-class four-wheel-drive before he reportedly took refuge in a Turkish restaurant.

Smith, of Archway, north London, was remanded in custody to be sentenced at the same court on November 1. Jordan Northover, 26, has also been charged over the incident and is due to appear before magistrates on Friday.