LONDON mayor Sadiq Khan has said that it is inevitable the capital will pass a ‘trigger point’ to enter the higher tier 2 coronavirus restrictions in the ‘next few days’.

The move would see nearly the nine million people living in the capital banned from mixing with other households indoors, including in pubs and restaurants.

The city is expected to be initially placed on ‘medium’, the lowest rung of Boris Johnson’s new three-tier system, when it comes into force on Wednesday, meaning no new restrictions beyond the current rule of six and 10pm curfew.

But Mr Khan (pictured) said today that the entire city will have to move up to ‘high’ within the coming days.

He told Sky News: ‘All the indicators I have — hospital admissions, ICU occupancy, the numbers of older people with cases, the prevalence of the disease, the positivity — are all going the wrong direction, which means, I’m afraid, it’s inevitable over the course of the next few days London will have passed a trigger point to be in the second tier.’

■ Biggest rise in unemployment for over a decade 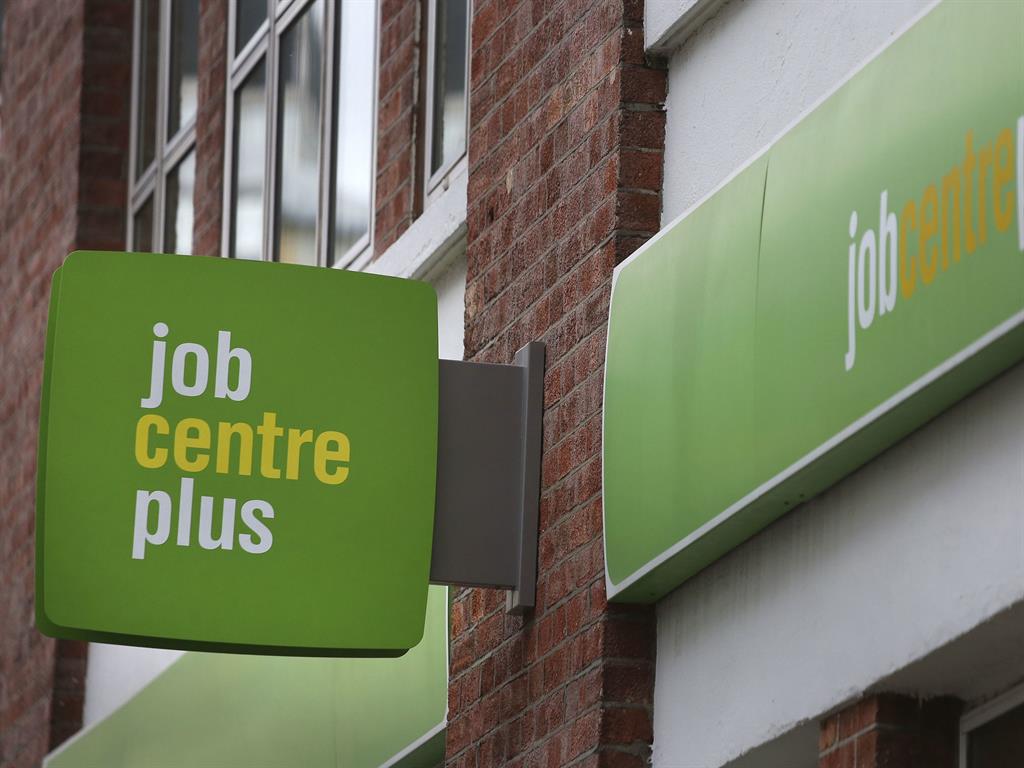 SOARING job losses amid the pandemic have sparked the biggest rise in unemployment for more than a decade and experts have warned over more pain to come as coronavirus restrictions ramp up.

The Office for National Statistics (ONS) revealed a 138,000 surge in unemployment between June and August — the largest increase since summer 2009.

This took the jobless total to a three-year high of 1.52million, while the rate of unemployment jumped to 4.5 per cent, from 4.1 per cent in the previous three months.

It came as redundancies rose by a record 114,000 quarter-on-quarter to 227,000 as the coronavirus crisis claimed jobs across the economy.

There was a chink of light as real-time payroll data showed a 20,000 increase in the number of UK workers on company payrolls last month.

But the latest data showed overall employment is down by 482,000 since the start of the year, with young people hit hardest as 16 to 24-year-olds account for 60 per cent of the fall.

■ Grenfell re-clad ‘to stop it looking like poor cousin’ 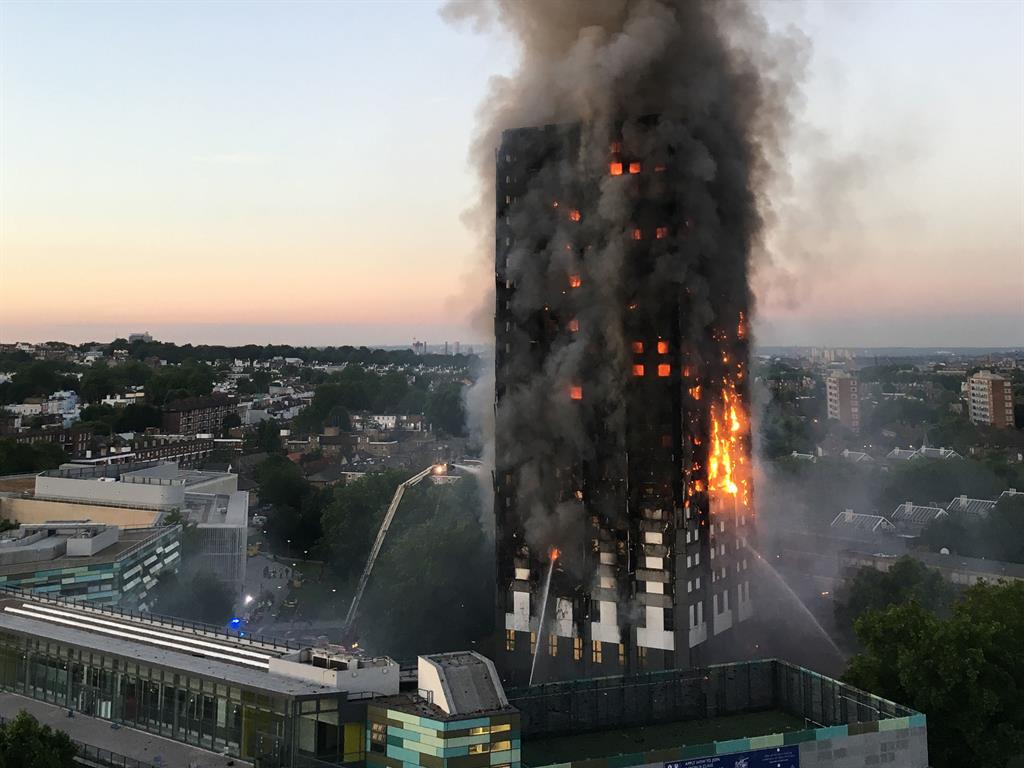 GRENFELL Tower was re-clad to stop it looking like the ‘poor cousin’ to the new school and leisure centre being built next door, an inquiry has heard.

The block (pictured) — which was engulfed by fire, killing 72 people, in June 2017 — was also described as one of the ‘worst property assets’ of Kensington and Chelsea Tenant Management Organisation (KCTMO) and redevelopers wanted to create ‘synergy’ between it and its more modern neighbours.

A note sent to officials at the Royal Borough of Kensington and Chelsea said the TMO was ‘keen to investigate the opportunity to clad Grenfell Tower and replace its windows’ as this would ‘have the advantage of addressing one of its worst property assets and prevent it looking like a poor cousin to the brand new facility being developed next door’.

A major part of the redevelopment of the 24-storey block was the installation of aluminium composite material (ACM) cladding panels with a thermoplastic-filled core.

The inquiry has already found that the system had a heat combustion akin to diesel and fuelled the inferno. 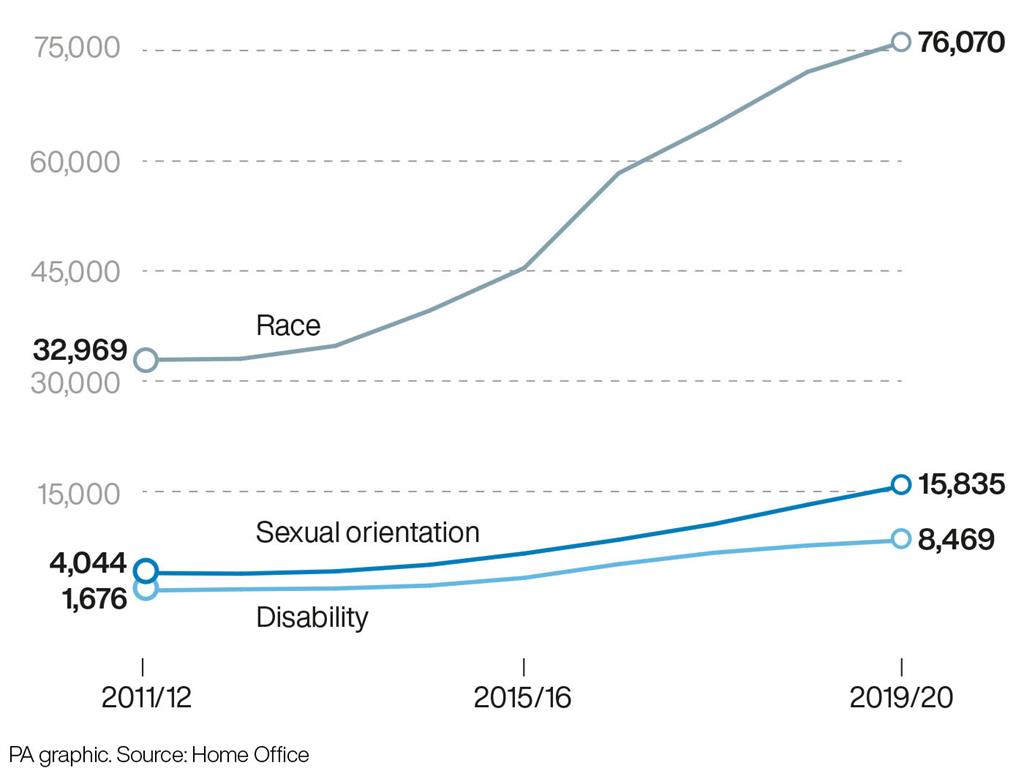 THE number of hate crimes recorded by police in England and Wales has hit its highest level on record, with racially motivated offences rising by more than 4,000 in a year.

A separate report published by the government department, looking at trends during the coronavirus pandemic, warned that rises in racially or religiously aggravated hate crime in June were a third higher than the previous year.

The provisional findings said this is ‘likely to be related to the Black Lives Matter protests and far-right groups’ counter-protests in England and Wales following the death of George Floyd on the 25 May in the United States of America’.

According to Home Office figures, hate crime motivated by sexual orientation rose by 19 per cent in 2019/20, while transgender identity hate crime went up 16 per cent and disability hate crime increased by 9 per cent.

The report put the rises down to ‘improvements in crime recording by the police’, but added that there had been spikes in reports following events such as the EU Referendum in 2016 and the 2017 terror attacks

■ Raab: Brussels must show ‘goodwill’ ahead of Brexit deadline 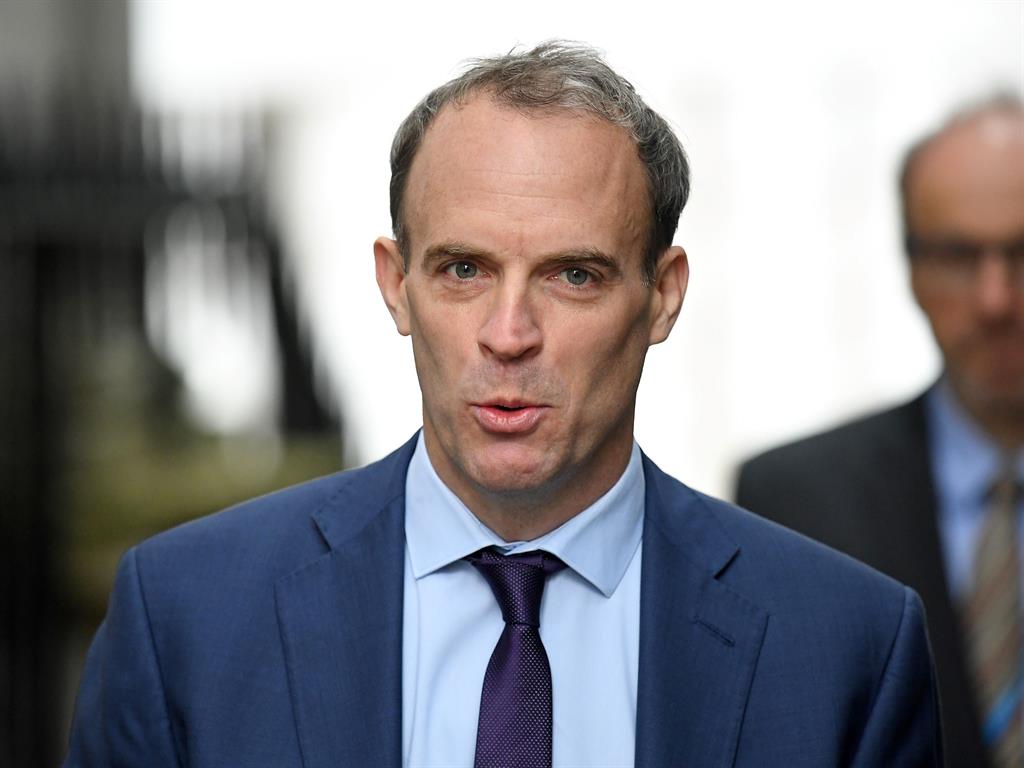 EU officials must show goodwill and flexibility to secure a trade deal with the UK, according to the foreign secretary.

Dominic Raab (pictured) told MPs he is hopeful the two sides can close the gap as intensive talks continue ahead of Boris Johnson’s self-imposed deadline of this Thursday.

In the Commons today, Mr Raab said: ‘I’m hopeful we can close the gap, but ultimately it’ll require the same goodwill, the same pragmatism and the same flexibility on the EU side that the United Kingdom and this prime minister have shown.’

She said: ‘We want a deal with free trade provisions similar to those the EU agreed with Canada, and if this is not possible, we will have a trading relationship similar to how Australia trades with the EU. Either way we will be leaving the single market and the customs union.’

DONALD TRUMP could lose the US election over his handling of the coronavirus pandemic, pollsters have suggested.

With three weeks to go until the November 3 election, Covid-19 remains ‘front and centre’ for the American voting public, and how the administration has dealt with the pandemic looks set to be the deciding issue.

More than 215,000 people in the US have died after testing positive for the virus.

Ipsos USA, a public opinion specialist, interviewed thousands of Americans to understand the key issues they will be voting on.

Mallory Newall, public affairs director, said: ‘Unfortunately for the president, most Americans feel that Joe Biden is best on having a plan to help the nation recover.

‘This is an election that’s going to be about the pandemic. And if that’s how the Biden campaign can frame it, then that probably gives them an advantage.’

According to Ipsos polls, the former vice president has a 10-point lead on the incumbent. But polls are not an accurate prediction of what will happen on election day, and traditionally the sitting president has an advantage when it comes to a second-term election.