IRAN has denied western allegations that its missile downed a Ukrainian airliner that crashed outside Tehran, killing all 176 people on board.

Western leaders said the plane appeared to have been unintentionally hit by a surface-to-air missile.

It came just hours after Iran launched around a dozen ballistic missiles at two US bases in Iraq to avenge the killing of its top general in an American air strike last week.

‘What is obvious for us, and what we can say with certainty, is that no missile hit the plane,’ Ali Abedzadeh, head of Iran’s national aviation department, told a press conference.

‘If they are really sure, they should come and show their findings to the world’ in accordance with international standards, he added.

Hassan Rezaeifar, head of the Iranian investigation team, said recovering data from the black box flight recorders could take at least a month and the investigation could stretch into next year.

He also said Iran may request help from international experts if it was not able to extract the flight data.

Canadian prime minister Justin Trudeau, whose country lost at least 63 citizens, said: ‘We have intelligence from multiple sources including our allies and our own intelligence.

‘The evidence indicates that the plane was shot down by an Iranian surface-to-air missile.’

■ Body thought to be missing firefighter found in river 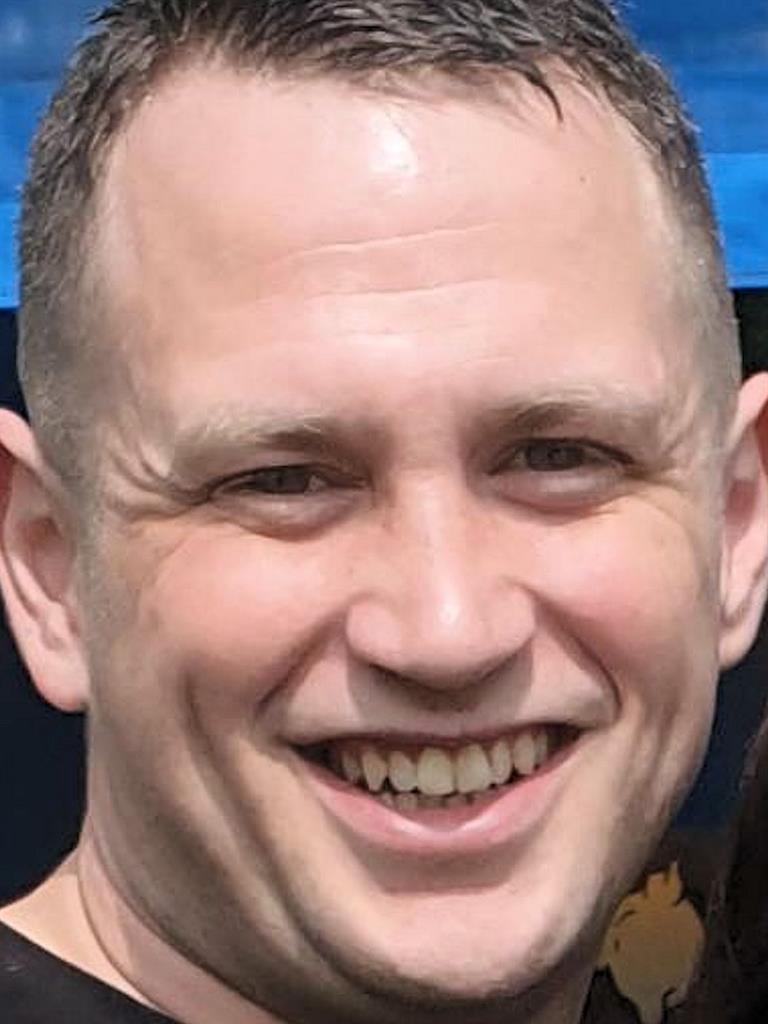 THE body of a man believed to be missing firefighter Anthony Knott has been found in a river, police said.

It was recovered from the Ouse in Newhaven, East Sussex, this morning after an alert by a member of the public.

Mr Knott (above), a 33-year-old father-of-four from Orpington, Kent, disappeared on December 20 after going to a pub in Lewes with colleagues.

Sussex Police deployed boats, dogs, drones and helicopters in their three-week effort to find him.

Det Insp Mark Rosser said today: ‘Our thoughts are with the family and friends of Anthony at this difficult time.

‘We too are saddened by this update and would ask the public and media to respect the family’s privacy.

‘We would like to thank the public for their tremendous support with our investigation into the disappearance of Anthony, along with our partner agencies and volunteers who assisted with the search.’

■ Crossrail to part-open in summer 2021 after huge delays 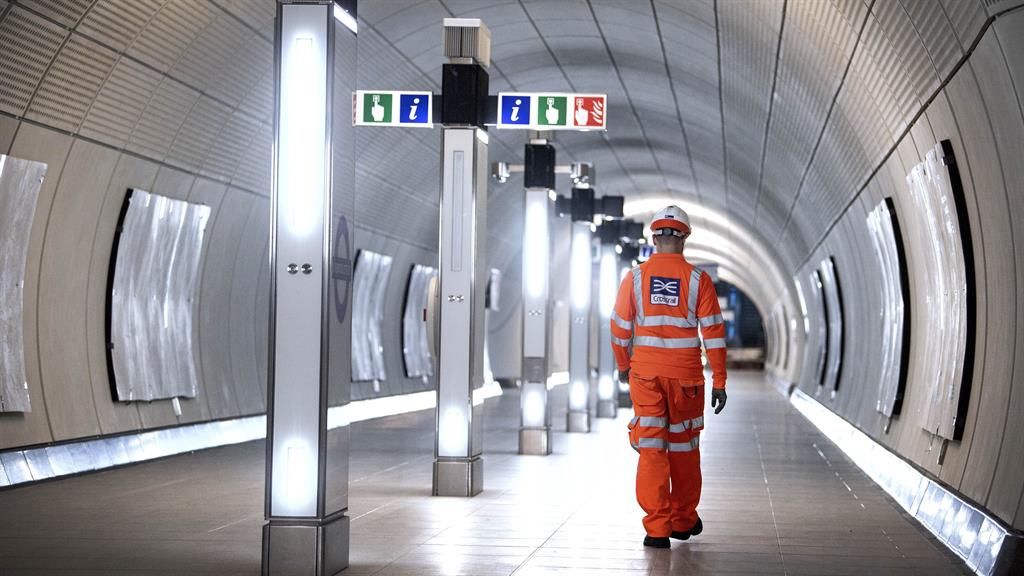 HEAVILY delayed Crossrail is expected to open in summer 2021, according to the troubled project’s boss.

The railway from Berkshire to Essex via central London was originally expected to open in December 2018 but repeated delays have pushed it back.

Earlier this week, the outgoing commissioner of Transport for London (TfL) said it was due to launch in autumn 2021.

But today Crossrail confirmed it plans to open just the central section between Paddington and Abbey Wood, in summer 2021.

It is hoped full services across the Elizabeth Line from Reading and Heathrow in the west to Abbey Wood and Shenfield in the east will commence by mid-2022.

Chief executive Mark Wild said: ‘We have a comprehensive plan to complete the Elizabeth Line and the milestones we must hit during 2020, including the testing of the signalling and train systems and safety assurance, but there are no shortcuts to delivery of this hugely complex railway.

‘Our latest assessment is that Elizabeth Line services through central London will commence in summer 2021, but we are aiming to open the railway as soon as we can.’

TfL has lost between £500million and £750million in passenger revenue due to the delays. 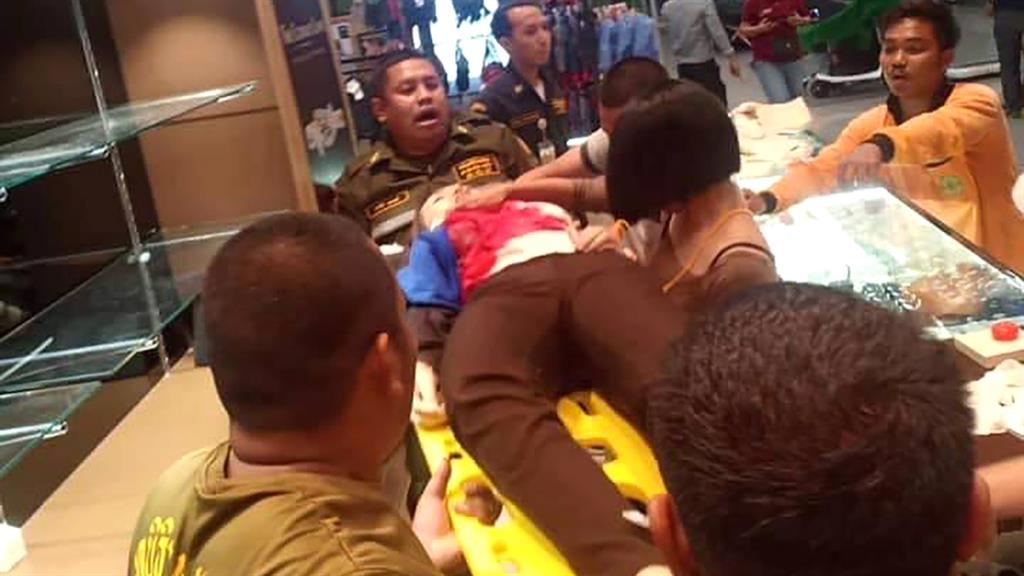 A MASKED attacker killed three people, including a two-year-old boy shot in the head, and wounded four others as he robbed a jewellery store at a Thai shopping centre.

A mall guard and saleswoman in the shop also died in the atrocity in Lopburi province.

Security camera footage shows a man in a ski mask and backpack shooting a customer and assistant in the store. He then vaulted on to the counter and grabbed trays of gold necklaces.

Separate footage shows the toddler walking hand-in-hand with an adult near the store when he fell to the ground.

‘The robber was merciless. We are looking for him in every place. Please trust us, we will definitely get this man and bring him to justice,’ said regional police commander Lt Gen Ampol Buaruppon.

The toddler’s parents posted on Facebook: ‘We love you very much. We are so sorry that we cannot protect you.’

‘He is able to add a suppressor [silencer] on a normal pistol. We are still looking for him in Lopburi and adjacent provinces.’