GOVERNMENT borrowing surged to £62.1billion in April — the highest figure for any month on record — after heavy spending in the face of coronavirus, according to new figures.

The figure is significantly higher than analysts had predicted, with a consensus of economists suggesting £30.7billion for the month.

However, it is slightly lower than the £66.6billion estimate from the Office for Budget Responsibility (OBR) last month.

It comes after the chancellor, Rishi Sunak (pictured), stepped up financial support for businesses and employees after vast areas of the economy were forced to halt due to the lockdown.

A fall in tax receipts also significantly contributed to the rise in borrowing, with central government receipts sliding by 26.5 per cent for the month compared with April 2019.

This was driven by a combination of contracting economic activity, rising unemployment and weaker earnings, and tax breaks given to companies in response to the lockdown.

It said this was driven by a reduction in previous estimates of tax receipts and National Insurance contributions.

The ONS said the government borrowed £62.7billion over the 12 months to the end of March, representing a £22.5billion rise on the previous year.

Last month, it jumped £9.3billion to a higher-than-forecast £48.7billion in the financial year to March 31.

■ ‘Many hundreds of thousands’ exposed to Covid-19 in early March 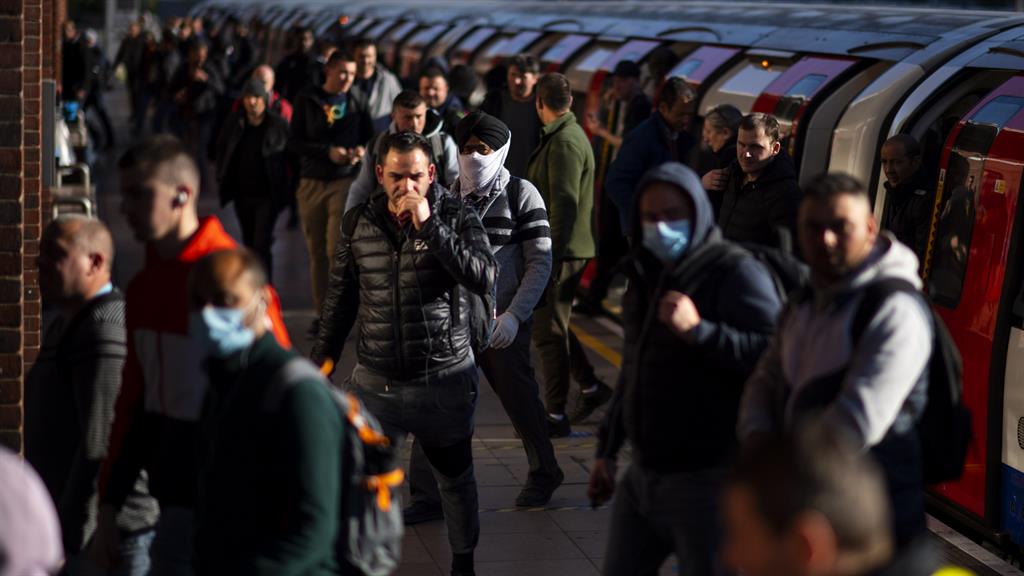 WIDESPREAD testing and contact tracing were stopped in mid-March due to the ‘sheer scale of cases in the UK’, a senior Public Health England (PHE) official has said.

Professor Yvonne Doyle, PHE’s medical director, told the Commons science and technology committee that many hundreds of thousands of people had been exposed to coronavirus by the time testing and tracing were stopped around March 12.

The government’s testing co-ordinator, Professor John Newton, who is also PHE’s director of health improvement, said the testing plans were abandoned after a million cases of Covid-19 were predicted across the UK.

Their comments contrast with those from health secretary Matt Hancock, who has defended leaving care home guidance in place until March 12 that said the risk of infection there was low.

On Tuesday, Mr Hancock told the Commons that community transmission of coronavirus in the UK in early to mid-March was low.

She said it was stopped in March ‘because of the sheer scale of cases in the UK, which had been introduced by multiple introductions, particularly after half-term, and from European countries we now know had large amounts of prevalence themselves’.

She added: ‘So we have multiple introductions, with many hundreds of thousands of people by March who had now been exposed to this virus in this country.

‘Contact tracing could not possibly have had the capacity to address that.

‘And with the capacity of lab testing and our contact tracers, we felt the most important thing to do was to focus on where there was national concern, which was the capacity of the NHS, to accrue that testing.’

Prof Newton said there had been a discussion in the Scientific Advisory Group for Emergencies (Sage) which established that it would ‘not be worthwhile’ to continue contact tracing once community transmission took hold in the UK.

The prime minister’s official spokesman said: ‘It was set out at the time by the government experts who were attending the daily press conference why they had reached the decision to start focusing their testing on people who were sick in hospital.

‘That’s how I remember the decision-making process.’ 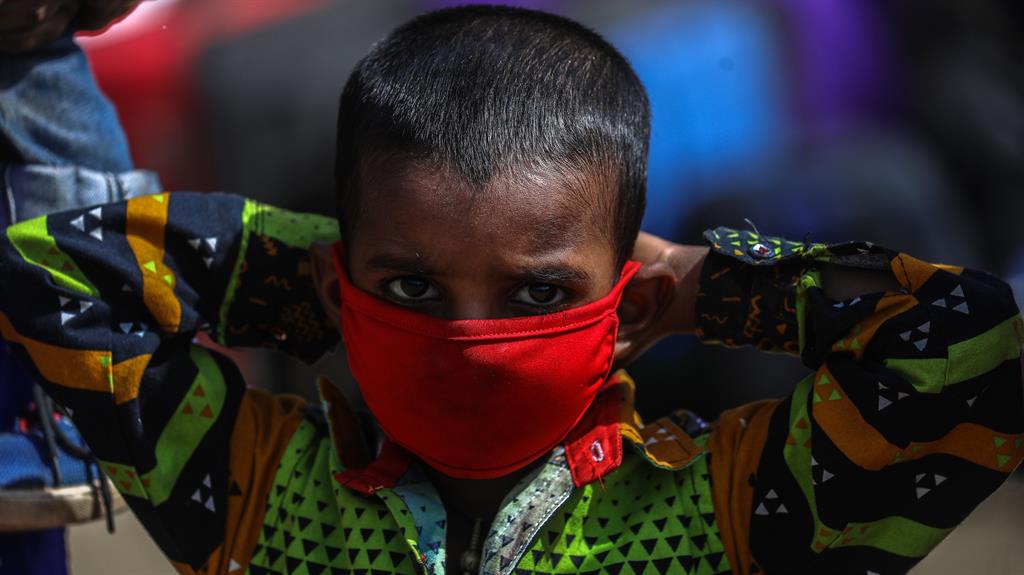 CORONAVIRUS has accelerated across Latin America, Russia and the Indian subcontinent even as curves flattened and reopenings were under way in much of Europe, Asia and the US.

It is roaring through countries ill-equipped to handle the pandemic, which many scientists fear will cause a second global wave.

India saw its biggest single-day spike since the crisis began, and Pakistan and Russia recorded their highest death tolls.

Most new Indian cases are in Bihar, where thousands returned home from jobs in the cities. For over a month, some had walked among crowds for hundreds of miles.

Latin America’s two most populous nations — Mexico and Brazil — have reported record counts of new cases and deaths almost daily this week, fuelling criticism of their presidents, who have held back from widespread shutdowns in attempts to limit economic damage.

Brazil reported more than 20,000 deaths and 300,000 confirmed cases last night — the third worst-hit country in the world in terms of infections by official counts. Experts consider both numbers undercounts due to widespread lack of testing.

President Jair Bolsonaro has scoffed at the seriousness of the virus and campaigned against state governors’ attempts to limit movement and commerce.

Mexican president Andres Manuel Lopez Obrador downplayed the threat for weeks as he continued to travel the country after its first confirmed case. He insisted that Mexico was different, and its strong family bonds and work ethic would pull it through.

The country is now reporting more than 400 deaths a day, and new infections have not peaked.

But president Vladimir Putin said the outbreak had begun to abate, creating a positive environment for easing restrictions, as officials defended the country’s data on deaths against claims they were being under-reported.

Mr Putin said: ‘The positive dynamic is not so fast as we would like it to be, sometimes even unstable, but it does exist.’ Russia ranks second after the US in the number of infections with 326,448 cases.

■ Bus fares phased back in for London 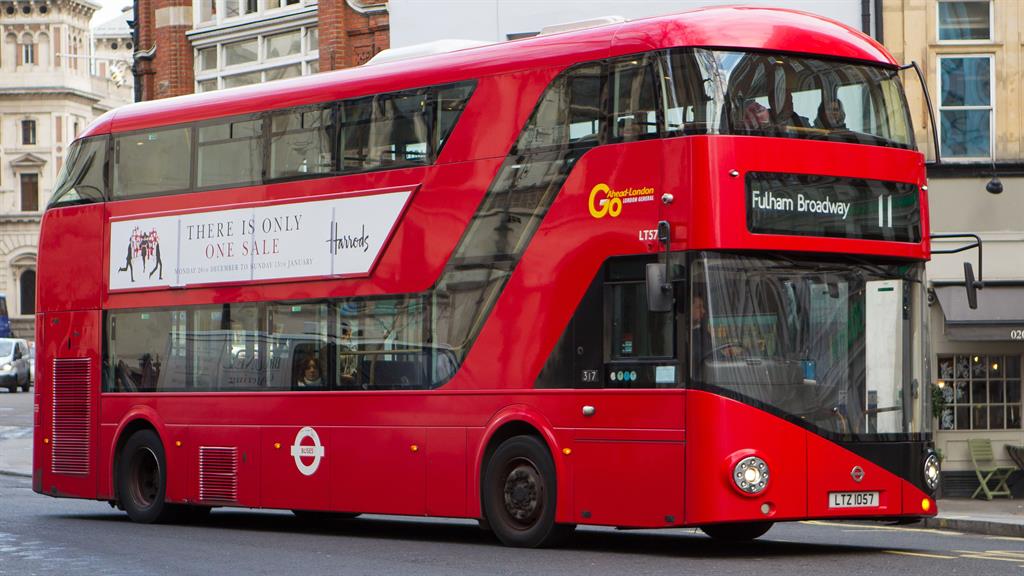 CHARGING for bus travel in London will resume tomorrow, Transport for London (TfL) has announced.

The requirement to touch in a contactless, Oyster or concessionary card when boarding will initially be required on 85 routes served by single-door and New Routemaster buses.

It will be rolled out across all buses ‘once further safety measures have been introduced to protect bus drivers’.

Twenty-nine London bus drivers have died after being infected with coronavirus, according to TfL.

Passengers have not needed to present their payment card since April 20 in a bid to boost the safety of drivers.

But the government is requiring TfL to resume collecting bus fares as part of the £1.6billion bailout agreed last week.

TfL said that on buses where payments would be required from tomorrow, drivers’ protective screens have had the opening where cash was previously accepted sealed off, with vinyl screens blocking communication holes.

Bus services were ramped up to 85 per cent of normal frequencies this week and TfL is working towards reinstating 100 per cent of its timetables ‘as soon as possible’.

Passengers are being asked to avoid non-essential use of public transport despite lockdown restrictions being eased to enable social distancing.

TfL’s director of bus operations, Claire Mann, said: ‘This is a phased return to reinstating payments, so please follow the instructions and signage on the bus.

‘And whatever buses you use, please wear a face covering. This allows bus drivers, and those who need to use buses, to continue to do so safely.’

TfL has introduced a ‘rigorous cleaning regime’ across all its services.