ENGLAND had the highest levels of excess mortality in Europe across the first half of 2020, according to new analysis by the Office for National Statistics (ONS).

The country experienced the longest continuous period of excess deaths as well as the highest levels, a comparison of 23 European countries found.

It is the first time the ONS has compared mortality rates in different countries to measure the impact of the coronavirus pandemic.

England still had the highest cumulative excess deaths rate two weeks later, by the week ending June 12, though at this point there was only data available on 17 other countries to compare it with.

From February 14 to the week ending June 12, England experienced the second highest peak of excess deaths, after Spain, out of 21 countries with data available.

Edward Morgan, from the ONS’s health analysis and life events division, said the first half of 2020 saw ‘extraordinary increases’ in mortality rates across Western Europe, when compared with the average over the past five years.

He said excess mortality was geographically widespread and prolonged in the UK, adding: ‘Combined with the relatively slow downward ‘tail’ of the pandemic in the UK, this meant that, by the end of May, England had seen the highest overall relative excess mortality out of all the European countries compared.’

Using the measure of all-cause mortality to calculate the impact of the pandemic means results are not affected by the different ways countries record Covid-19 deaths.

Asked if he was ashamed of the findings, prime minister Boris Johnson said the nation ‘has had a massive success’ in reducing the number of deaths.

During a visit to North Yorkshire, he said: ‘We mourn every loss of life that we’ve had throughout the coronavirus epidemic.

‘What I would say to them [families of the deceased] is that we really owe it to them to continue our work in driving the virus down.’ 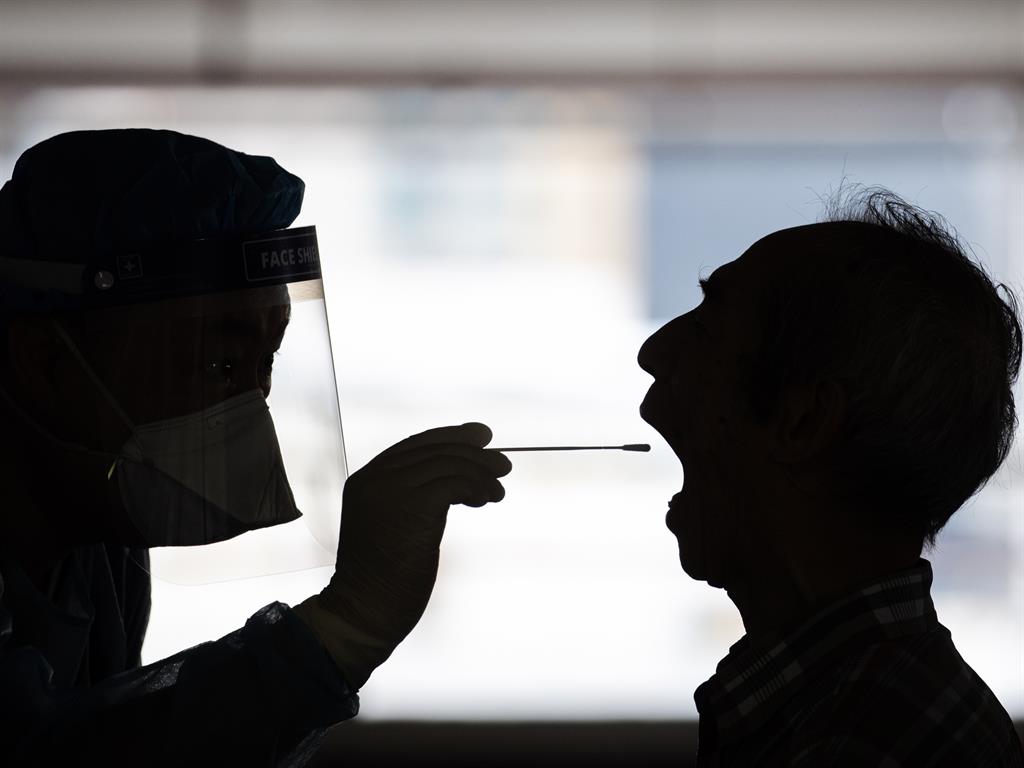 PEOPLE who test positive for coronavirus or display symptoms must now self-isolate for ten days as health secretary Matt Hancock warned of a ‘second wave starting to roll across Europe’.

The UK’s chief medical officers said today that the period must increase from the current rule of seven days because of the risk individuals may still be able to spread Covid-19.

In a joint statement, they said the change for those who experience the key symptoms of a new continuous cough, high temperature or loss of taste or smell is needed because of the ‘low but real possibility of infectiousness’ up to ten days.

Mr Hancock earlier warned that a new spike in Covid-19 cases is ‘clearly’ beginning to emerge in Europe as he said ‘we’ve got to do everything’ to prevent it reaching the UK.

‘I am worried about a second wave. I think you can see a second wave starting to roll across Europe and we’ve got to do everything we can to prevent it from reaching these shores and to tackle it,’ Mr Hancock told Sky News.

He said ten-day isolation measure was ‘part of that, but so, too, are the measures we’re taking, for instance, to ensure that we don’t directly bring cases back to this country where there’s a big spike in cases’.

The chief medical officers for England, Wales, Scotland and Northern Ireland said that it is ‘now the correct balance of risk’ to extend the isolation period for those who test positive or have symptoms to ten days.

‘Evidence, although still limited, has strengthened and shows that people with Covid-19 who are mildly ill and are recovering have a low but real possibility of infectiousness between seven and nine days after illness onset,’ they said.

Anyone with symptoms who has a Covid-19 test that comes back negative does not have to continue with the isolation period.

Government sources said the risk of people transmitting the virus seven days after onset of symptoms is pretty low and after ten days it is even lower.

But they said the move had been made to provide ‘maximum protection’ and to keep UK disease levels as low as possible. 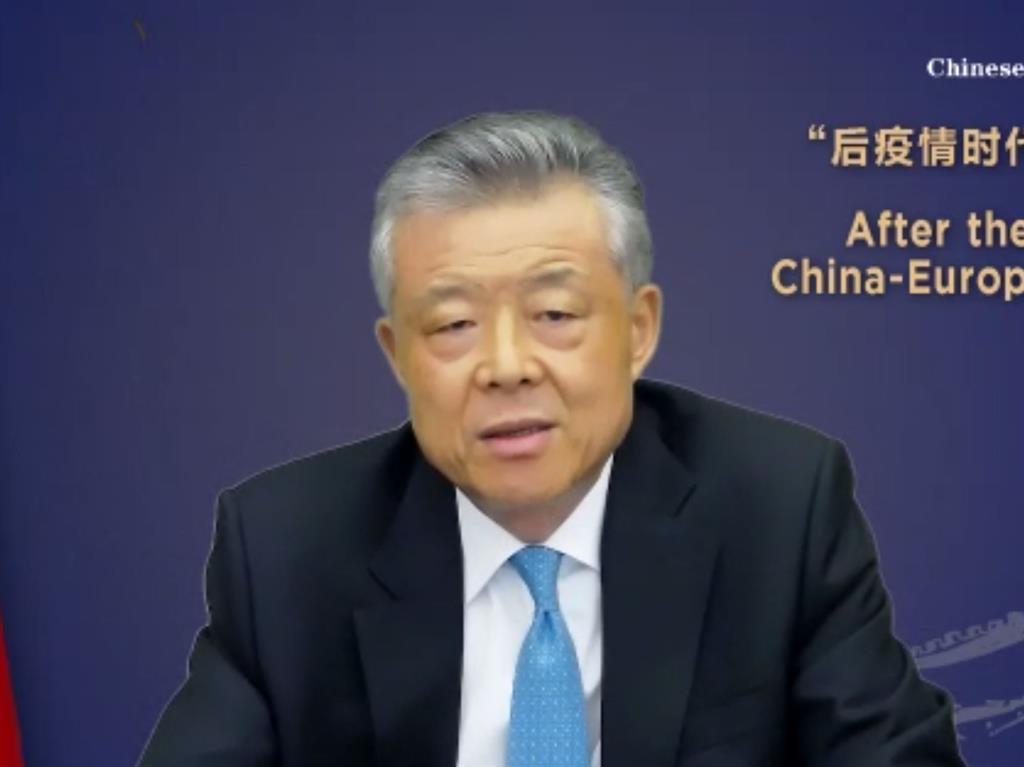 CHINA’S ambassador to the UK has warned against allowing ‘Cold War warriors’ to damage relations between Beijing and Britain.

Rows over Hong Kong, the ban on tech giant Huawei playing a role in the 5G network, and British criticism of human rights abuses in Xinjiang have soured the relationship in recent weeks.

‘It is important the UK will do the same — namely, respect China’s sovereignty and stop interfering in Hong Kong’s affairs, which are China’s internal affairs, so as to avoid further damage to the China-UK relationship.’

He said he hoped the two countries have ‘enough wisdom and capabilities’ to manage their differences ‘rather than allowing anti-China forces and Cold War warriors to kidnap the China-UK relationship’. 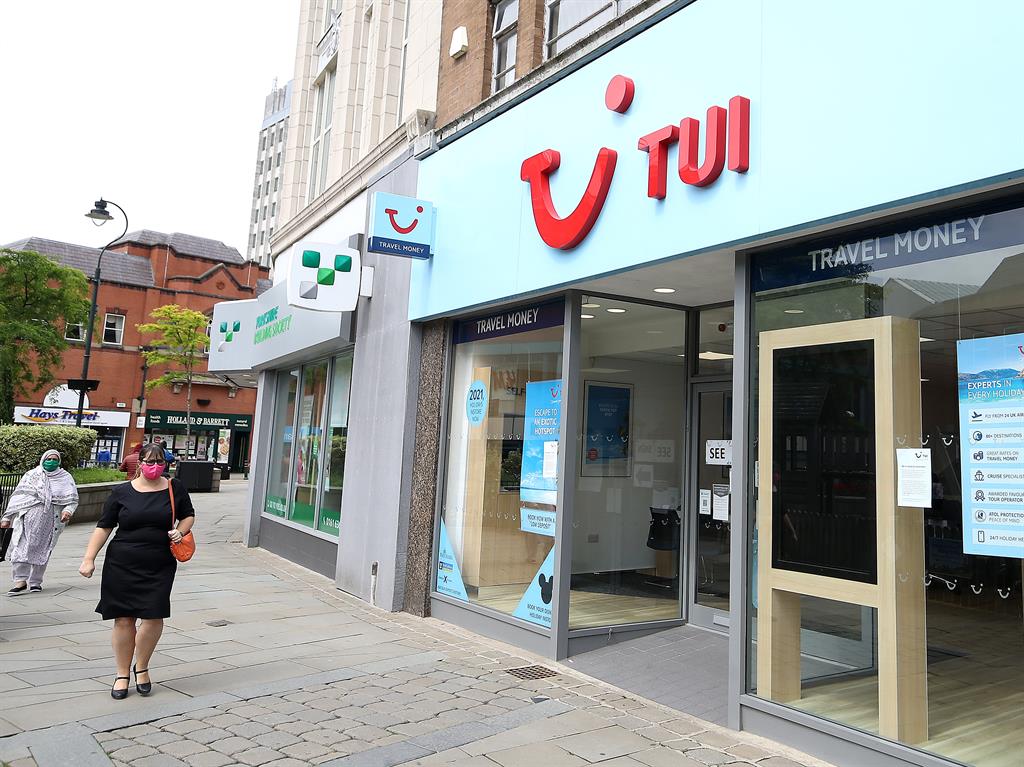 TUI is to close nearly a third of its high street stores in the UK and the Republic of Ireland.

The UK’s biggest tour operator said the ‘difficult’ decision to shut 166 shops is due to the need to cut costs because of the coronavirus pandemic and respond to changes in customer behaviour.

It plans to move 70 per cent of the 900 affected jobs to a new ‘home-working sales and service team’.

Tui also aims to relocate staff to vacancies in the remaining 350 retail stores.

The firm announced in May that it planned to cut around 8,000 jobs globally as it seeks to reduce overhead costs by 30 per cent.

Andrew Flintham, managing director of Tui UK and Ireland, said: ‘We want to be in the best position to provide excellent customer service, whether it’s in a high street store, over the telephone or online, and will continue to put the customer at the heart of what we do.

‘It is therefore imperative that we make these difficult cost decisions, look after our colleagues during such unprecedented uncertainty and also offer a modern customer service.

‘Customer behaviours have already changed in recent years, with 70 per cent of all Tui UK bookings taking place online. We believe Covid-19 has only accelerated this change in purchasing habits, with people looking to buy online or wishing to speak with travel experts from the comfort of their own home.

‘We have world-class travel advisers at Tui, so we hope many of them will become home-workers and continue to offer the personalised service we know our customers value.’

Tui said none of the stores that have reopened since lockdown are at risk.

Manuel Cortes, general secretary of the Transport Salaried Staffs’ Association, said: ‘We need a bespoke package of measures to save our travel industry. I call on Tui and other employers to engage with our union so we can jointly lobby government for this to happen.’