THE Duke of York has spoken about his relationship with paedophile Jeffrey Epstein in a ‘no holds barred’ interview.

Prince Andrew has faced questions about his links with the disgraced financier, who was found dead in his prison cell in New York earlier this year where he was being held on sex trafficking charges.

An accuser of Epstein claims she was forced into a sexual encounter with the duke — an allegation he denies.

Newsnight presenter Emily Maitlis said on Twitter it was a ‘no holds barred’ and ‘no questions vetted’ interview (pictured), filmed at Buckingham Palace yesterday. It will air on BBC Two at 9pm tomorrow.

It will be the first time the duke has answered questions on his relationship with Epstein. In 2015, he used a public appearance in Davos, Switzerland, to deny the claims.

Virginia Giuffre is one of 16 women who say they were abused by Epstein, and she has previously claimed in court papers that she was forced to have sex with Prince Andrew as a 17-year-old.

Her allegations, which the duke denies, were struck from US civil court records in 2015 after a judge said they were ‘immaterial and impertinent’.

Buckingham Palace has branded the allegations ‘false and without any foundation’ and ‘any suggestion of impropriety with underage minors’ by the duke was ‘categorically untrue’. 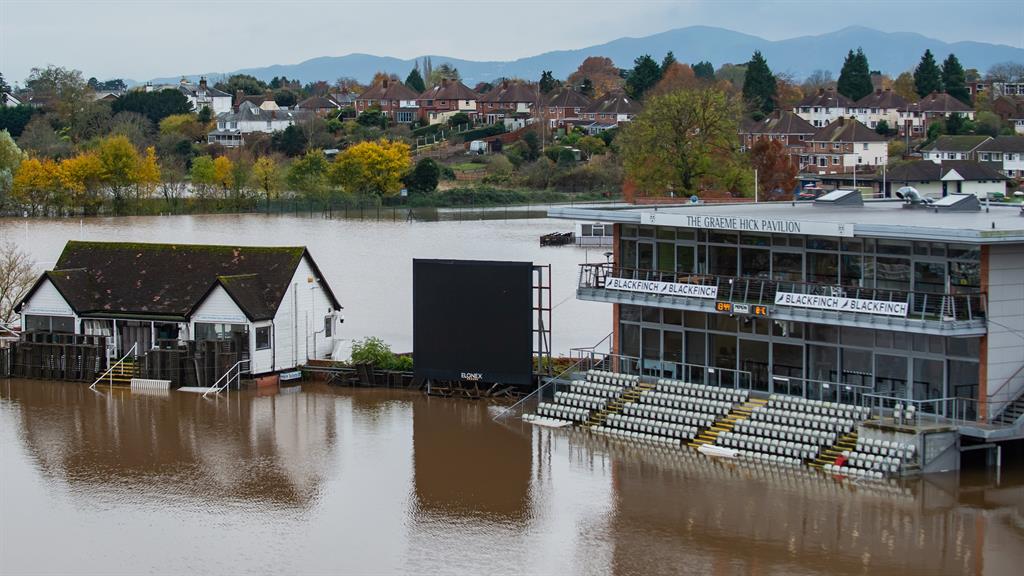 MORE than 100 flood warnings are in place across much of England and parts of Wales as communities continue to deal with the impact of November’s deluges.

Experts have said some parts of the UK are already close to having their wettest autumn on record following the latest downpour last night.

The Environment Agency’s John Curtin confirmed up to 30 properties near the River Avon in Evesham, Worcestershire, had been flooded.

He described the area as the latest ‘live hot spot’ amid fears Stratford-upon-Avon in Warwickshire could be impacted.

New Road Cricket Ground (pictured) was under water in Worcester after the Severn burst its banks.

The Doncaster villages of Fishlake and Stainforth in South Yorkshire have been two of the worst affected but Mr Curtin warned areas across the UK were ‘super-sensitive’ to rain.

He said: ‘We don’t want people to think it happened to Fishlake, it won’t happen to me. Today it is Evesham, tomorrow where next?’

Herefordshire and Worcestershire Fire and Rescue Service revealed it had pulled 97 people from stranded cars in 24 hours and Doncaster council said 970 homes and businesses had been affected since November 7.

■ One dead and 19 rushed to hospital after minibus flips 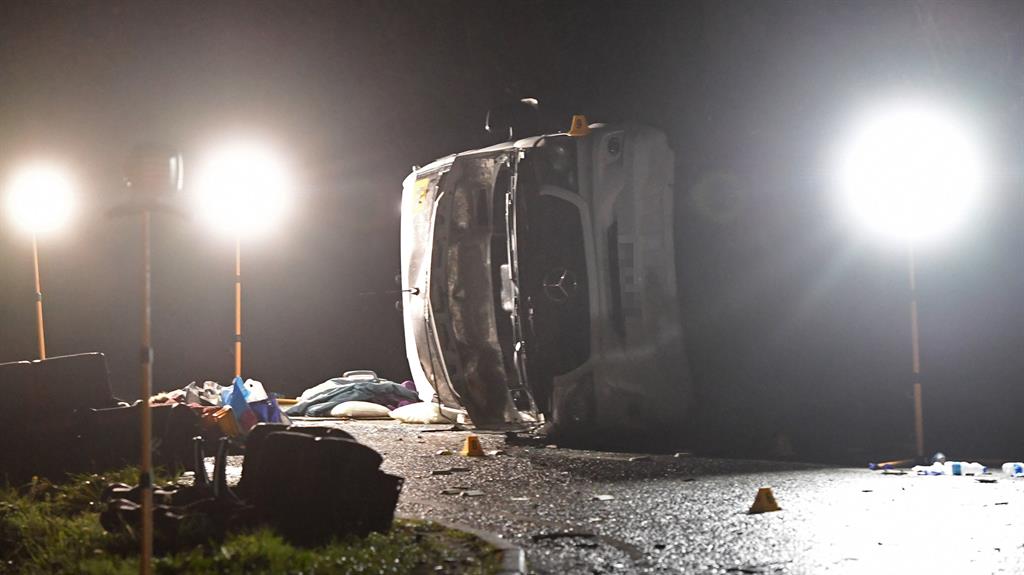 ONE person died and 19 were injured when a minibus overturned after a collision with a car in Cambridgeshire.

Emergency services were called to a junction near the villages of Woodhurst and Bluntisham following the crash.

‘Sadly, despite our best efforts, one person died at the scene,’ a spokesman said.

More than 20 firefighters were also sent to the crash at about 4.50pm yesterday, confirmed Cambridgeshire Fire and Rescue Service.

Anyone who witnessed the accident is asked to contact the road policing unit on 101 or visit cambs.police.uk/report. 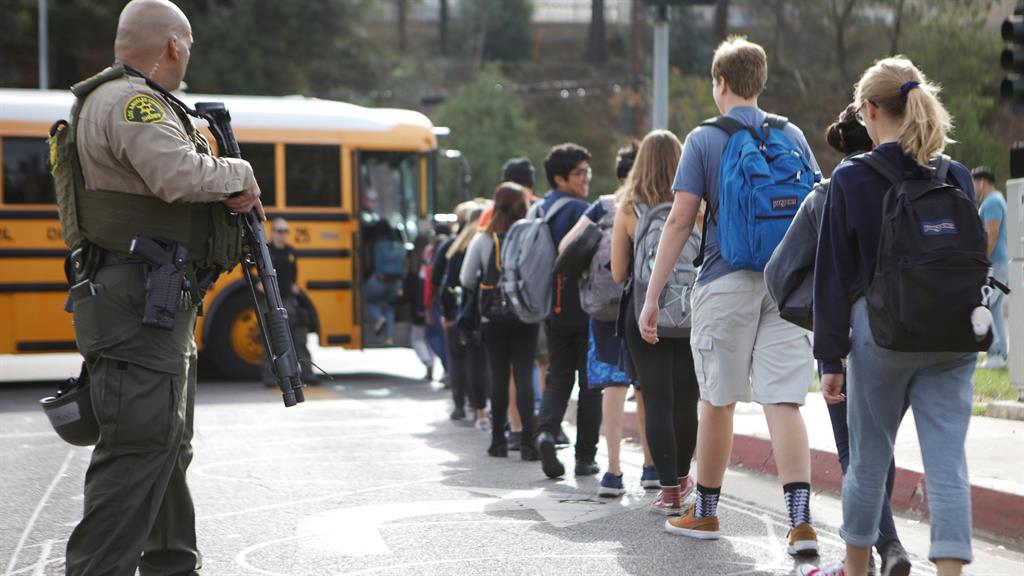 THE 16-year-old boy suspected of killing two students in a burst of gunfire at a school outside Los Angeles has been described as a ‘quiet and smart’ student.

A fellow pupil at Saugus High School said the suspect was a Boy Scout who helped her with history studies.

The attacker shot five pupils, seemingly at random, and then shot himself in the head at about 7.30am yesterday, his 16th birthday, authorities said.

Two students died and the gunman was gravely wounded. Police have not publicly identified him due to his age.

He lived with his mother on a leafy street in the US suburb of Santa Clarita.

Police said they had yet to determine a motive and any relationship between the gunman and victims.

They confirmed that the message ‘Saugus, have fun at school tomorrow’ was posted to an Instagram account believed to belong to the suspect before the shooting.