TRIBUTES have poured in for a ‘talented’ and ‘incredibly beautiful’ British backpacker who died after falling from a cliff edge notorious for tourists risking their lives to take selfies.

New South Wales Marine Rescue said it began to search for Miss Davis (above) at 6.30am after emergency services were alerted that a group were taking photos at the cliffs ‘inside the fence’, but could not find her.

A body was retrieved from the water about four hours later.

The make-up artist and eyelash beautician had been travelling in Thailand and Bali for a few weeks before arriving in Australia, according to her Instagram account.

Another woman, believed to have been 27 and from Sydney, died after falling 30 metres from a cliff onto rocks at the nearby Vaucluse Reserve in August last year, according to Australian press.

Following Miss Davis’ death, friends left emotional tributes on social media. Jord Salthouse said he was with his pal an hour before she died.

He posted on Instagram: ‘All of our hearts are with you, the absolute life of any party. Always willing to put a smile on anyone’s face and the first up for a laugh… the best person to have around.’ 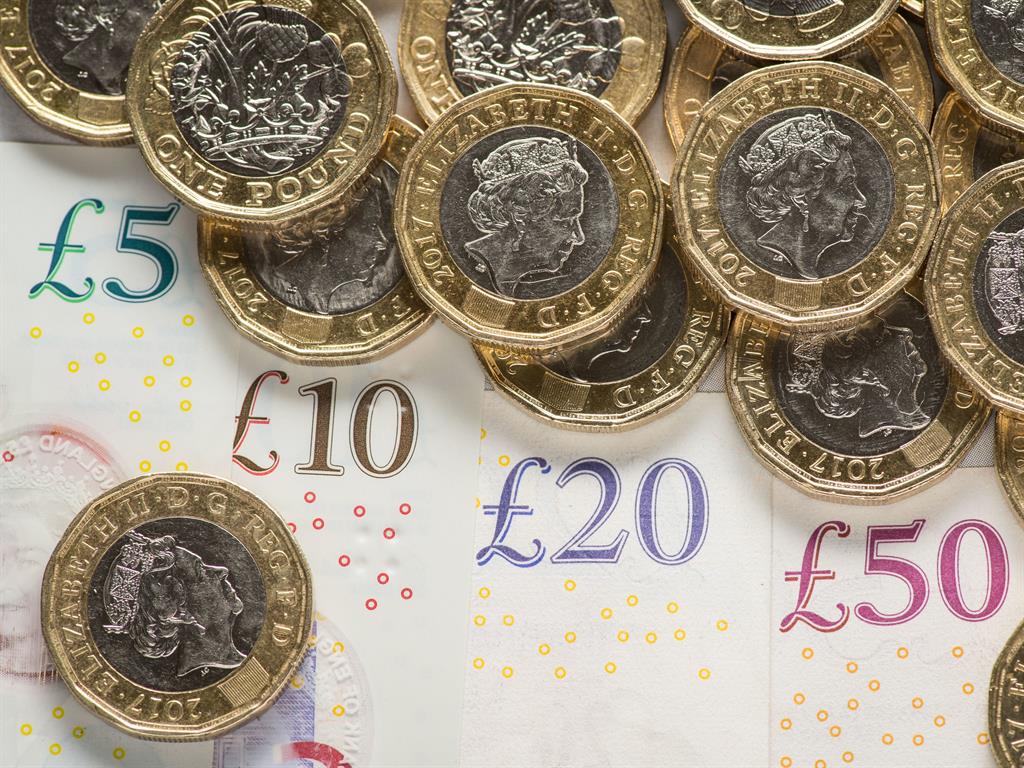 THE UK economy slid into decline in November on the back of weakness in the manufacturing sector, according to official figures.

Economists had predicted that the economy would remain flat with zero growth for the month.

Meanwhile, the ONS said the economy grew by 0.1 per cent over the latest three-month period. It represented an improvement on analyst predictions, having forecast a decline of 0.1 per cent.

The data comes as new forecasts from the National Institute of Economic and Social Research (NIESR) predict the economy will have flat-lined with zero growth for the last quarter of 2019.

NIESR said it tentatively forecast growth would return in the first quarter of 2020, predicting 0.3 per cent driven by improving figures for the service and construction sectors.

Chris Williamson, chief business economist at IHS Markit, said: ‘The latest GDP data adds to signs that the UK economy stagnated at best in the fourth quarter of last year as heightened political uncertainty, Brexit risks and weaker global demand all colluded to dampen spending by both business and households.

‘The good news is that all these headwinds are showing signs of moderating, if not even turning into tailwinds, as we move into 2020. However, downside risks remain elevated.’

■ Thousands flee as lava gushes out of volcano 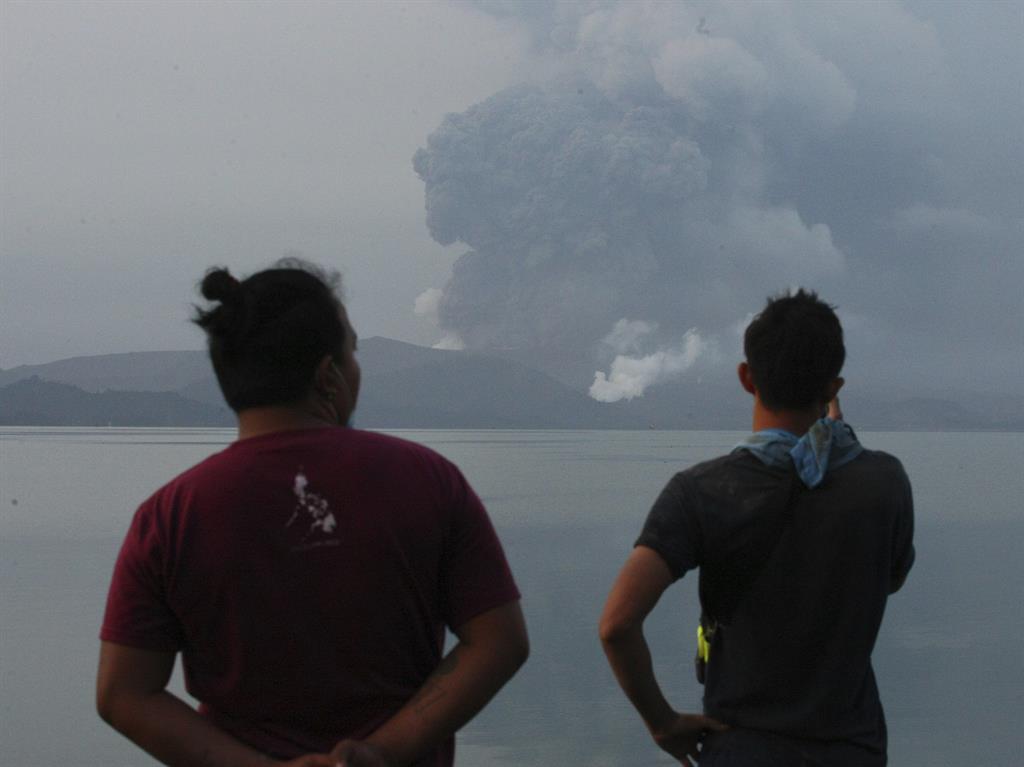 TENS of thousands of people have fled their homes after red-hot lava gushed out of a volcano near the Philippine capital.

Clouds of ash blew more than 100 kilometres (62 miles) north of the Taal volcano yesterday, reaching Manila, forcing the closure of the country’s main airport, with more than 500 flights cancelled.

Some residents could not leave ash-blanketed villages due to a lack of transport and poor visibility while others refused to leave their homes and farms.

Wilson Maralit, mayor of Balete, whose town lies along the shore of Taal Lake surrounding the erupting volcano, appealed for troops and more police to stop distraught residents from heading back to their high-risk villages.

Taal had been inactive for months until it suddenly rumbled back to life yesterday, blasting steam, ash and pebbles up to nine miles into the sky, according to the Philippine Institute of Volcanology and Seismology.

Frequent tremors and inflation of the 1,020ft (311-metre) volcano, one of the world’s smallest, indicate a major and much more dangerous eruption could still happen. 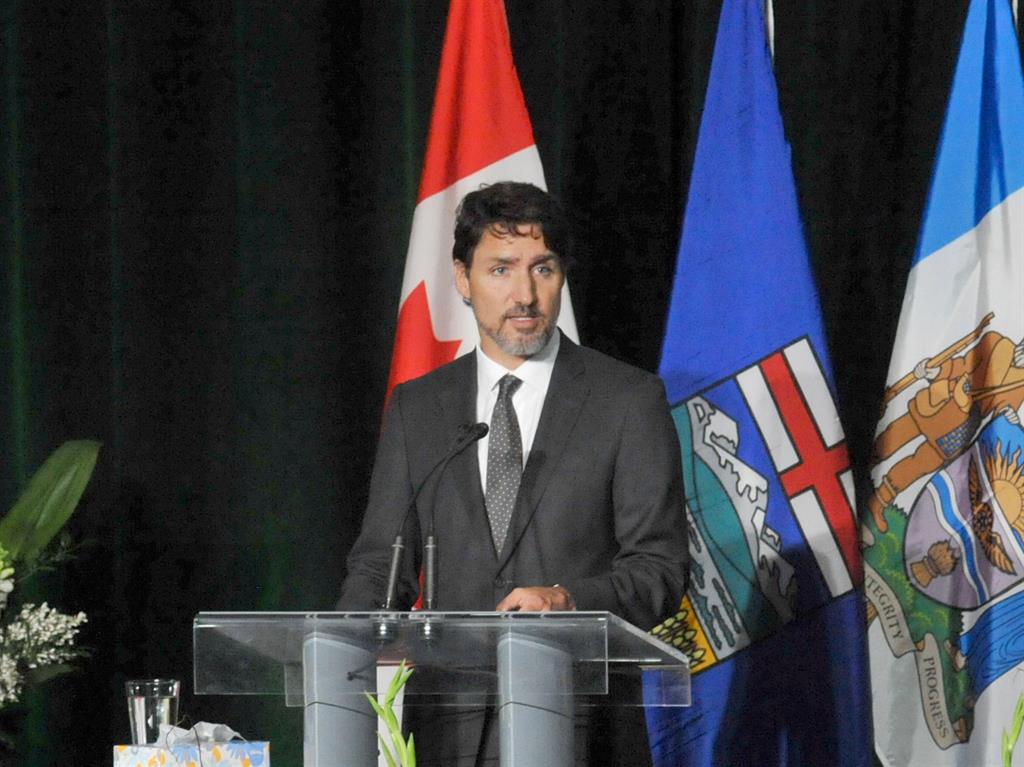 CANADIAN prime minister Justin Trudeau said it had been gut-wrenching to listen to stories from relatives of 57 Canadians who died in the downing of a Ukrainian jetliner in Iran.

Speaking at a memorial in Edmonton, Alberta, Mr Trudeau (pictured) said he had learned many of the victims came to Canada in search of new opportunities for their families.

The plane was shot down by an Iranian missile moments after taking off from Tehran on Wednesday. All 176 people on board were killed, including 138 who were headed for Canada.

Iran has admitted the plane was mistaken for a hostile target amid soaring tensions with the United States.

Meanwhile, online videos have emerged purporting to show Iranian police and security forces firing live ammunition and tear gas to disperse demonstrators protesting against the Islamic Republic’s initial denial that it shot down the plane.

International rights groups have called on Iran to allow people to protest peacefully as allowed by the country’s constitution.