NINETEEN Brits suspected to be members of an international organised crime gang that imported over 50 tonnes of drugs worth billions into the UK have been arrested.

The ‘industrial-scale operation’ was uncovered by the National Crime Agency after three lorries were intercepted in September 2018, containing 351kg (773lb) of cocaine, 92kg (202lb) of heroin, 250kg (551lb) of cannabis and 1,850kg (4,078lb) of hemp, a strain of cannabis often refined into oil or textiles — with a total street value exceeding £38million.

Thirteen men, aged between 24 and 59, were detained after a series of dawn raids earlier today in London, Manchester, Stockport, St Helens, Warrington, Bolton, Dewsbury and Leeds.

They are believed to be part of the UK arm of a major organised crime group that used Dutch and British front companies to import heroin, cocaine and cannabis — stashed in lorry loads of vegetables and juice — through British ports several times between February 2017 and October 2018.

■ Woman seriously injured in fall from fairground ride on to teenager 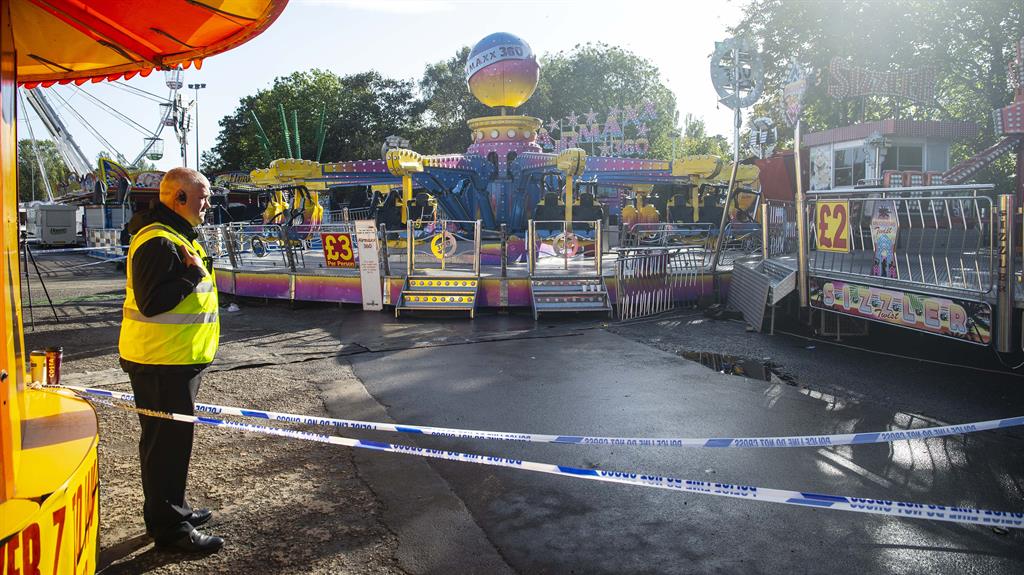 A WOMAN has been seriously injured after falling from a Hull Fair ground ride and smashing into a teenager.

It is believed the woman fell from one ride on to the base of another nearby attraction at a travelling fairground earlier yesterday evening.

The teenage boy, who was on the ground, also received minor injuries, police said.

The two rides, at Hull Fair in East Yorkshire, have been closed as police and health and safety bosses investigate what happened.

Hull Fair is one of the largest travelling fairs in Europe and is an annual attraction in the port city. 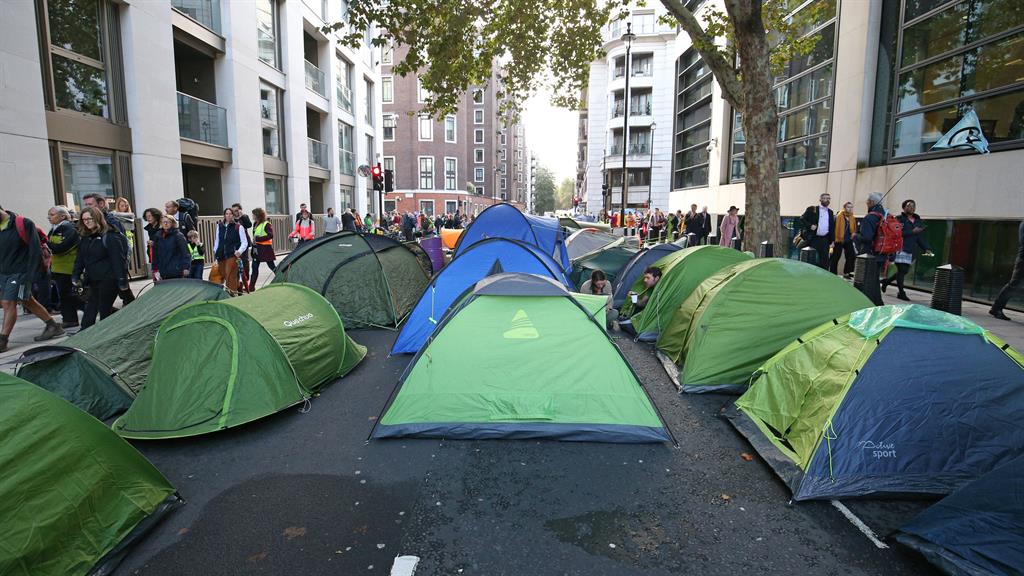 BORIS JOHNSON has branded hundreds of Extinction Rebellion protesters as ‘uncooperative crusties’ as they continued to cause disruption in the capital.

Protesters who spent a first night camped out in Westminster to draw attention to climate change were ordered by police to move on earlier today or face arrest.

Some determined activists glued themselves to the Department for Transport building in Westminster as police swept in.

It came after Boris Johnson called on them to abandon their ‘hemp-smelling bivouacs’.

The Met Police said it had arrested 319 people on Monday, surpassing the 122 arrests made on the first day of similar protests in the capital in April.

RESIDENTS had to be evacuated from their homes after a burst pipe flooded a north London street.

Twelve fire engines and around 80 firefighters were called to assist with the incident in Queens Drive, Finsbury Park.

A London Fire Brigade spokesman said the flooding had affected a 500 square metre area and that people were being evacuated from their properties.

Thames Water said one of its large water mains had burst and that specialist engineers had been called to the scene to stop the flow.

Matthew Christian, who lives next to Manor House Underground station, said: ‘It’s really shocking to see that amount of water flooding the streets with such power that it’s ripping up the road and rushing down the street into people’s front gardens.’

‘It’s not the kind of thing you expect to see in Finsbury Park on a Tuesday morning in October.’

Hackney London Borough Council said it will be opening a rest centre for residents whose homes have been affected.

SYRIA’S Kurds have accused the US of turning its back on its allies as American troops began pulling back from positions in north-eastern Syria ahead of an expected Turkish assault.

In a strongly worded statement, the US was blamed for failing to abide by its commitments to its key allies, while, warning Washington that its abrupt decision to stand aside will overturn years of achievements in the battle against militants from Daesh.

A spokesperson for prime minister Boris Johnson said reports that Turkey was preparing to enter north-east Syria were ‘deeply concerning.’ They added: ‘We do not support the proposed Turkish action and we are in close contact with international partners, including the US, France and Germany.

US president Donald Trump defended his decision to abandon Kurdish fighters in Syria as fulfilling a campaign promise to withdraw from ‘endless war’ in the Middle East but threatened to destroy the Turks’ economy if they went too far.

‘If Turkey does anything that I, in my great and unmatched wisdom, consider to be off limits, I will totally destroy and obliterate the economy of Turkey (I’ve done before!),’ he said on Twitter.