A ROYAL Navy helicopter pilot has emerged as one of the heroes of the Australian bush fires disaster.

Lt Cdr Nick Grimmer, on exchange with the Royal Australian Navy’s 808 Squadron, has been flying rescue missions for the past two months.

The 35-year-old, from Great Yarmouth, Norfolk (pictured below), said: ‘The scale of the fires are phenomenal — at times it seems the entire horizon is on fire. 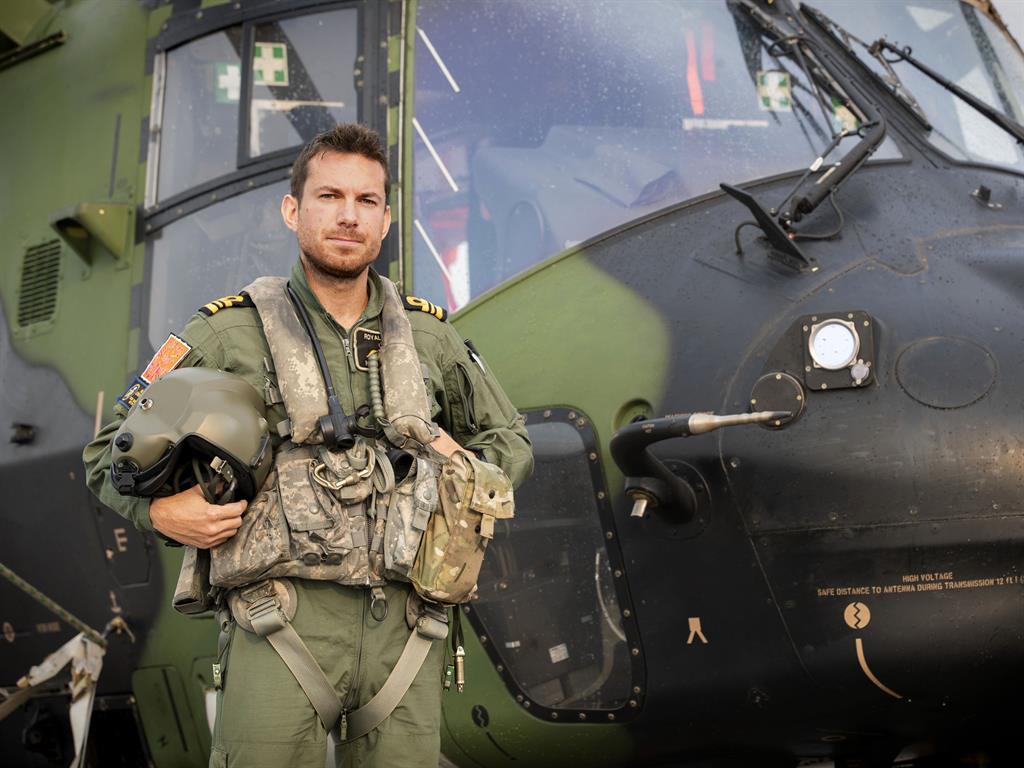 ‘You have to fly low because of the visibility, then suddenly you find yourself in thick smoke and are forced to either turn back or climb rapidly to avoid running into mountains.’

Lt Cdr Grimmer has helped rescue dozens of people and their pets. He said: ‘I’m an animal lover and seeing the impact is heart-breaking.

‘We recently winched down our aircrewman from 150ft to a man on his porch.

‘His wife had fled a few days before. She had no idea whether he was alive or the house was standing. We were able to tell her both were safe — that was a wonderful feeling.’

Residents in the path of wildfires have been urged to evacuate as hot and windy conditions are forecast. ‘We can’t guarantee your safety and we don’t want to be putting emergency services in harm’s way,’ said Victoria’s premier Daniel Andrews.