THEATRES may have shut their doors until further notice, but that shouldn’t stop you getting your fix of drama. National Theatre Live, which normally screens theatre performances in cinemas, are making some of these available, for free, on YouTube.

NT Live first started in 2009 with Phèdre, starring Helen Mirren, and has now screened 80 plays to nine million people in cinemas around the world. The YouTube series will start with a ‘premier’ broadcast of a play each Thursday at 7pm, which will then be available for the following seven days.

The first, which ‘opened’ last night, is a recording of One Man, Two Guvnors from 2011, and subsequent weeks will bring productions of Jane Eyre, Treasure Island and Twelfth Night into your living room.

‘We thought we’d go with family favourites and comedies,’ says NT joint chief executive Lisa Burger. ‘We’ve got these four confirmed, another four to follow, and we’re in talks to present other plays after that.’

Oliver Chris stars in both One Man, Two Guvnors, for which he won a What’s On Stage Award for Best Supporting Actor, and Twelfth Night.

‘It’s a great play to start this series,’ says Oliver. ‘We all need joy, fun and laughter in our lives now we’re all trapped in our homes.’

The play is based on the 18th century play A Servant Of Two Masters by Carlo Goldoni and stars James Corden as Francis Henshall, who takes a job as a servant for both gangland boss Roscoe Crabbe and aristocrat Stanley Stubbers, played by Oliver. Hilarity ensues when it emerges his new bosses are embroiled in a deadly feud. It was an instant hit.

‘We were all staring at each other on stage waiting to deliver the next line until the laughter had died down.’

The night of the NT Live screening was also a memorable occasion. ‘We had a smaller audience to make room for the cameras so we thought there wouldn’t be as much laughter, but the audience went crazy. It was also broadcast live to 1,500 people on the Southbank.

‘At the end of the show we all ran out of the theatre and took a bow in front of the big cinema screen. It was a hot summer’s night and to get that sort of reaction was bliss.’

Oliver can also be seen as Duke Orsino in a groundbreaking production of Twelfth Night, in which Tamsin Greig played the gender-swapped Malvolia.

‘It’s another very funny production,’ says Oliver. ‘There are a few Shakespeare comedies that aren’t funny any more, no matter how hard you try, but Twelfth Night is one of the really good ones. It’s a very funny farce and it’s a real spectacle as well — the set is extraordinary.’

Oliver has a long personal history with the National Theatre. It was a trip to the National as a child that put him on the path to becoming an actor.

‘My parents loved going to the theatre and they took me from an early age. The first play I saw was Peter Hall’s production of Animal Farm at the Olivier Theatre at the National when I was six. I was blown away. It was so theatrical and I had stars in my eyes from then.’

Oliver’s journey with the National was about to come full circle — his debut work as a playwright, Jack Absolute Flies Again, was due to be staged in April until the shutdown hit.

‘I’ve co-written it. It’s a farce based on the restoration comedy The Rivals, but we’ve set it in an airfield during the Battle of Britain.

‘Hopefully, when we all emerge from our homes again this will be the sort of play people will want to see as it’s full of love and laughter.

‘People are putting their lives on the line to look after us. There are far more to important things in the world than anyone’s play.

‘We all have an opportunity as individuals at this difficult time to behave in a way that benefits everyone. We need to help and support each other.’

■ One Man, Two Guvnors and other NT Live broadcasts are on the National Theatre’s YouTube channel. nationaltheatre.org.uk/nt-at-home

Now this’ll put a smile on your face 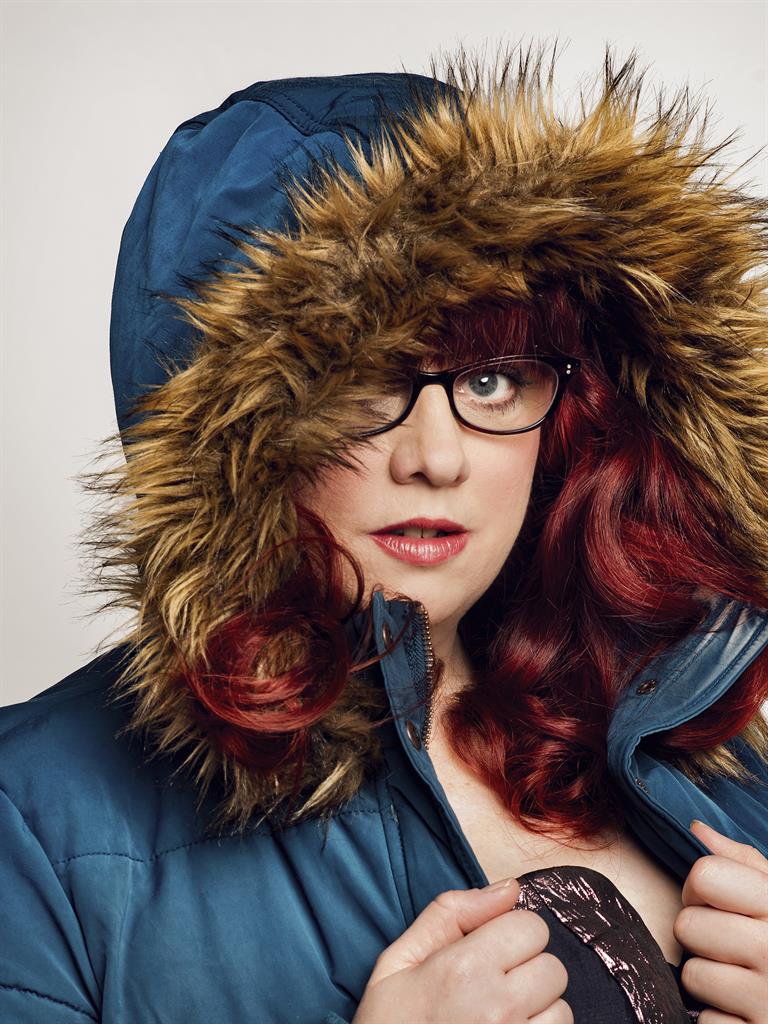 Sussex-based charity Amaze, who work with children with special needs and disabilities, have launched the BigCheerUp hashtag on their social media accounts — encouraging people to record themselves telling a joke. Stand-up and Mock The Week regular Angela Barnes (above) helped kick things off with jokes to come from James Acaster, Joe Lycett and Joe Wilkinson, and if they help to cheer you up, please donate to Amaze. amazesussex.org.uk

Robin Ince and the Cosmic Shambles website team are presenting regular live laughs and entertainment as The Stay At Home Festival. Videos and live streams are available both on their website and on YouTube, although viewers are invited to make a donation with money going to comedians who are currently out of work. Upcoming events include today’s Stay At Home Show featuring Robin, Josie Long (above), Ed Byrne and Lost Voice Guy, tomorrow there’s the Comedy Club with Josie Long and John Luke Roberts, while science-related chuckles arrive on Sunday with the Science Shambles show featuring Helen Czerski, Ben Goldacre and Chris Jackson. Find it all at cosmicshambles.com/stayathome