NADIA SAWALHA, 52, came to fame playing Annie Palmer on EastEnders. After winning MasterChef in 2007, she became a celebrity cook. She’s written a series of recipe books and is also one of TV show Loose Women’s longest running panellists.

The house next door to my parents’ house, and I’m still there now. It was nearly 20 years ago — I was in EastEnders at the time and spending all my money in the pub. My dad, who grew up in a tent as a Bedouin, has a passion for property and was getting nervous that I hadn’t bought anywhere when I was earning good money. One day I was p***ed in the pub and he phoned me, saying: ‘The people next door are selling their house and want to know if one of you want to buy it — this is a marvellous opportunity!’ I was like: ‘I don’t know,’ but it was a great deal. It was £220,000 for a four-bedroom detached house in Crystal Palace. I’m still in it now. The previous couple had been in the house for their entire married lives and wanted to sell it to someone they knew, because they didn’t like the idea of a stranger in it.

Have you thought about moving?

I have, but we’re next door to my parents. Not only is it lovely that my children have grown up close to their grandparents but also, my husband and I are both freelancers, not knowing where we’d be working, so my parents would help with childcare. And as they get older, we’re here to help them out.

Have you carried out any renovations?

We’ve done a big extension out the back with the money I earned on Big Brother. And years ago we built a mini house on the side of our house — but now we’ve knocked it through so we’ve got six bedrooms. It was originally built as a granny annex for my parents, because my sister moved into their house with her family. My parents then built an extension on to their house, so they’re back in there with my sister. My little sister Julia used to live on the other side of my parents, so for a while we were all next to each other with three gardens with gates connecting them — so the kids could run around and visit everyone.

We’ve doubled the space in our sitting room and kitchen and we put a terrace out the back. It took a long time because we got a very good deal with the builder. We agreed he could do other jobs at the same time to keep the price down, which meant we didn’t have a kitchen for a year.

Was that difficult to deal with, since you work as a food writer?

It was horrendous — I was cooking on an electric ring in the hall. Luckily, I could use my parents’ kitchen next door, because I had to do three recipes a week for my newspaper column and 120 recipes for my cookery book! But now, when I come down to my kitchen each morning I want to sing a full aria, I’m so happy with it.

Tell us a bit about the kitchen…

I’ve got a top-of-the-range tap which gives me so much pleasure. It’s like a hose. And I’ve got Smeg appliances in a gorgeous baby blue colour. I was advised to keep the kitchen plain and then add colour so that you can easily change it, which is a great tip. I thought about having a coloured kitchen, but I’d get fed up with it. It’s a complete change from my previous kitchen — which was a bit hippie-ish, with pots everywhere. I do so much work from my kitchen, so I needed something smarter with loads of cupboards. Although when you open those doors, it’s Armageddon.

I think I’m in it. It took me a long time to like this house. It’s near the road, which I don’t like and the bedrooms are small, but I gave birth to my children in this house — one on the sitting-room floor, one on the bedroom floor, so it’s special.

And we’re very lucky to have the garden; it’s around a third of an acre and I’m next to my parents who are getting older, so I don’t have to worry about them if they need anything. I’m happy.

ALL ABOUT … CRYSTAL PALACE 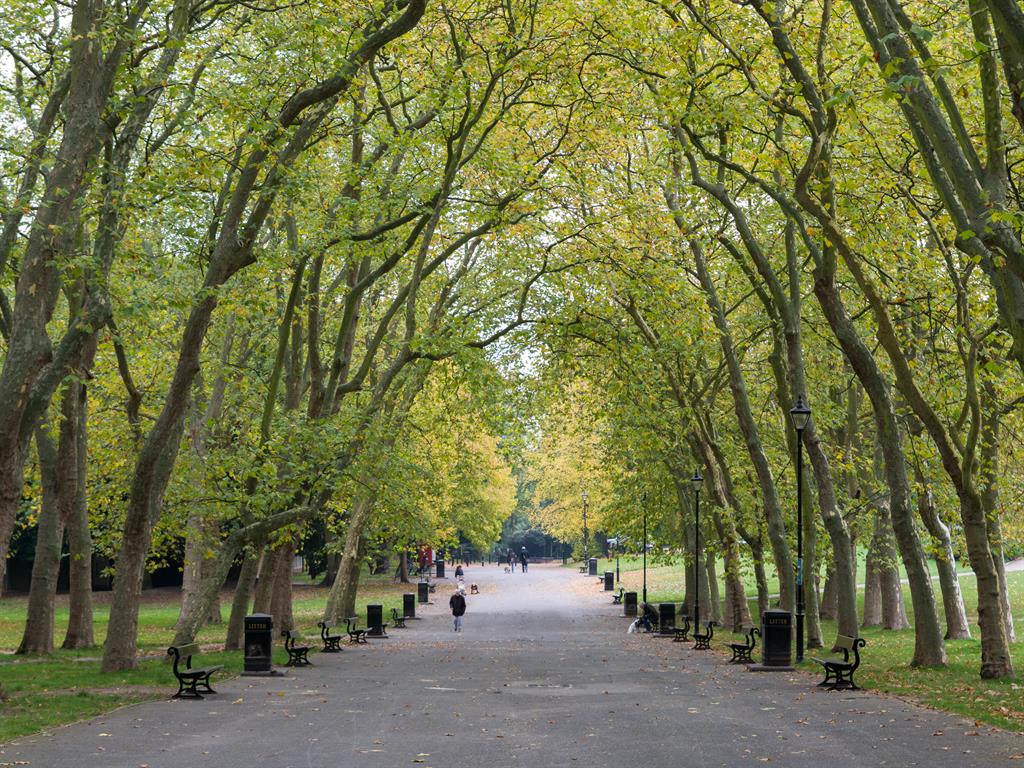 Crystal Palace is a district in south London that lies at the borders of five London boroughs — Bromley, Croydon, Lambeth, Lewisham and Southwark. Landmarks include Crystal Palace Park and a pair of enormous radio transmitters.

Crystal Palace has handy train links to both Victoria and London Bridge and has seen numbers of passengers increase since the London Overground extension was completed, which now provides easy access to Highbury and Islington station.

Most of the sales in Crystal Palace over the past year were flats, which on average sold for £361,664. Terrace properties had an average sold price of £598,545 and semi-detached properties averaged at £632,669.