RAFAEL NADAL came through his first stern examination at the US Open to move a step closer to a maiden Flushing Meadows meeting with Roger Federer.

Nadal was clearly irritated when given a time violation as he served midway through the second set, and was broken moments later.

But the three-time champion quickly shrugged it off to march into the last eight, with a stunning around-the-net winner bringing up match point to the delight of an Arthur Ashe crowd which included Nadal’s friend Tiger Woods (below). 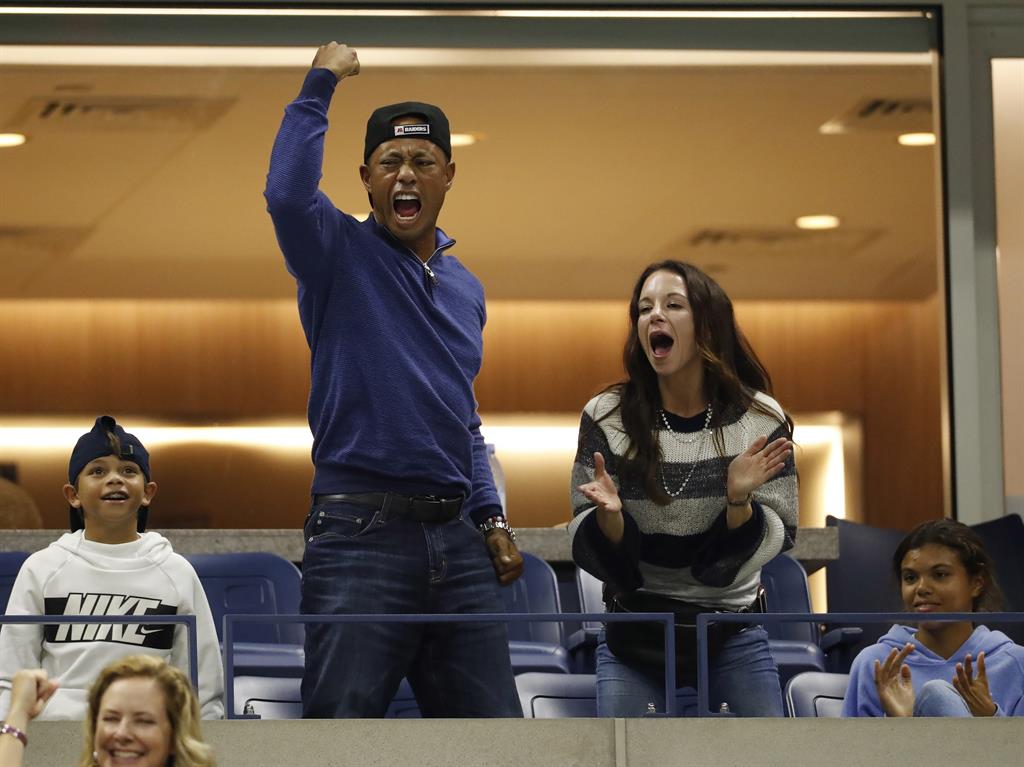 ‘It’s an easy shot to describe, but difficult to make,’ said Nadal. ‘I don’t know, I think I followed the ball good because he had a good volley and I saw it.

‘I ran fast to the ball and I saw at the last moment there would maybe be a small space on that side.

‘I think it was the only way to win that point. I hit it well, but to hit that spot you need some luck.’

It is a statistical quirk that Federer and Nadal, rivals across 15 years and 40 matches, have never met at the US Open.

But defending champion Novak Djokovic’s exit has opened up the possibility of a box-office final between the pair.

Federer faces Grigor Dimitrov, a player he has beaten seven times out of seven, in the last eight.

Nadal will take on Diego Schwartzman after sixth seed Alexander Zverev ran out of steam in his bid to reach the quarter-finals for the first time. 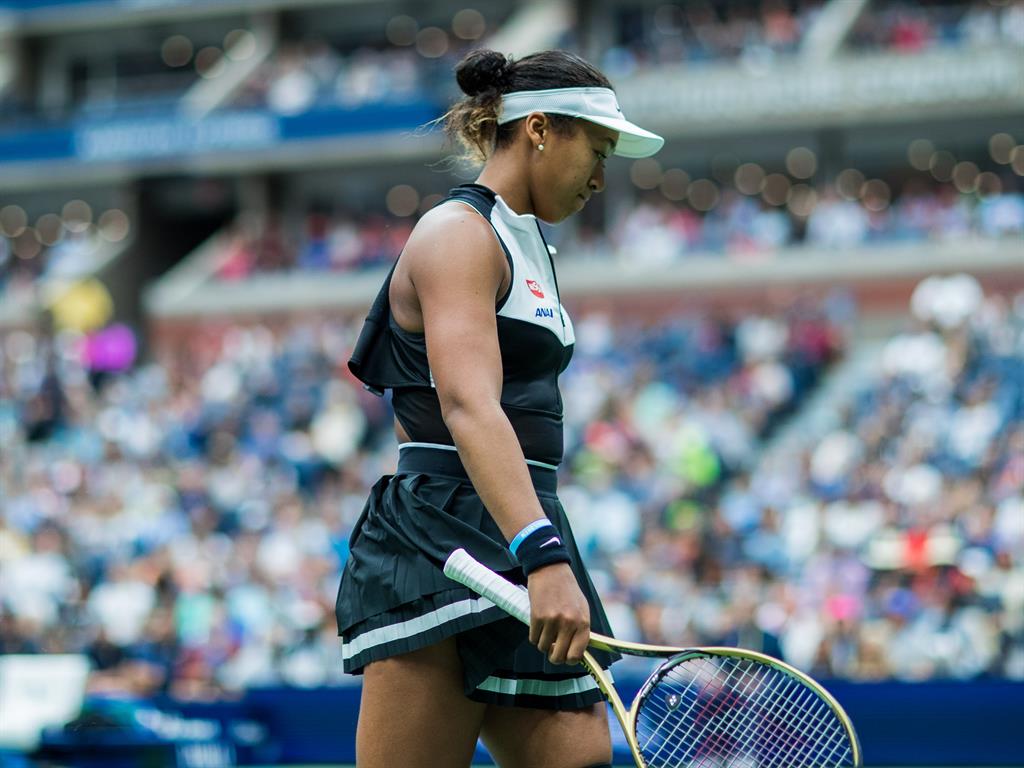 Meanwhile, women’s top seed and defending champion Naomi Osaka (above) crashed out in the fourth round after a straight-sets defeat by Belinda Bencic.

Osaka has been carrying a knee injury and called the trainer and a medic on midway through the second set, although she was able to carry on without receiving treatment.

Bencic will play Donna Vekic in the quarter-final after the Croatian came from a set down to beat Julia Goerges of Germany.