A POLICE officer who was sacked for a racial outburst at an Asian takeaway has won an appeal to get her job back.

PC Katie Barratt was dismissed after saying: ‘I wish these f****** ***** would hurry up with my pizza,’ after a Northumbria Police Christmas party, a panel heard. 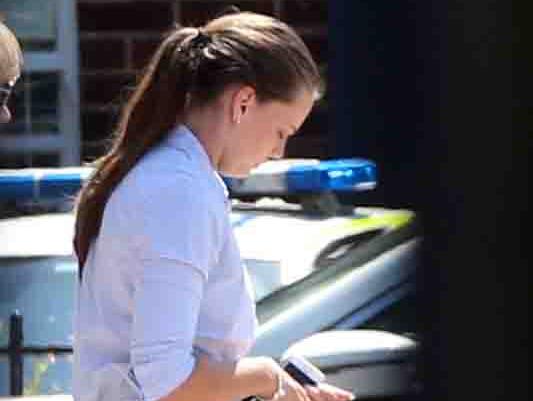 The drunk officer was also said to have used the n-word in Newcastle in December 2017.

She was dismissed last year, but a tribunal has now overturned the ‘unreasonable’ ruling.

It means she can return to the beat and is entitled to £15,000 in back pay. Police argued her comments could ‘seriously damage’ the force’s reputation. Her barrister Guy Ladenburg said the slurs, while an ‘abomination’, were ‘not the worst kind of racism’. The PC (pictured) wept when the independent panel downgraded her punishment to a final warning.

Det Supt Sav Patsalos, head of the force’s professional standards, said he will review the findings. He noted the panel agreed the language PC Barratt used was ‘unacceptable’.