THE identity of a 12ft sculpture of a man and his dog has been revealed as a grandfather whose dying wish was to see it installed at his favourite seaside spot.

The work of art, named ‘Big Fella’, was commissioned by businessman Peter Richardson and arranged to be positioned overlooking the sea close to where he lived in the event of his death.

Mystery had shrouded the sculpture until Peter’s son confirmed it had been commissioned by his father.

The artwork, which is not actually a likeness of Peter, features a man taking in the beautiful scenery with his dog sat next to him on a bench.

Mr Richardson, who died in 2017 aged 72, bequested the sculpture in his will as a gift to his hometown and the area where he would walk his beloved Shih Tzu in Silloth, Cumbria.

Son Paul said: ‘Every time my dad went to Silloth Green he said “look at that view”. He was in awe.

‘Silloth is not the sort of place that everybody loves, but my dad thought it was superb.

‘He loved the view at Silloth, as did my mum. They moved there in 2005 and grew to love it more and more.’

The sculpture was unveiled on Thursday, August 1, at a private ceremony with Peter’s family and members of Silloth Town Council.

Steel artist Ray Lonsdale took four months to assemble the sculpture, which he said was ‘one of the biggest’ he had done.

He said: ‘It’s a one-off to be asked to create one after someone’s death.

‘[Peter] saw a piece I did in Scarborough and he liked people’s reaction to that. He got in touch with me and wanted a piece like that to leave for Silloth. 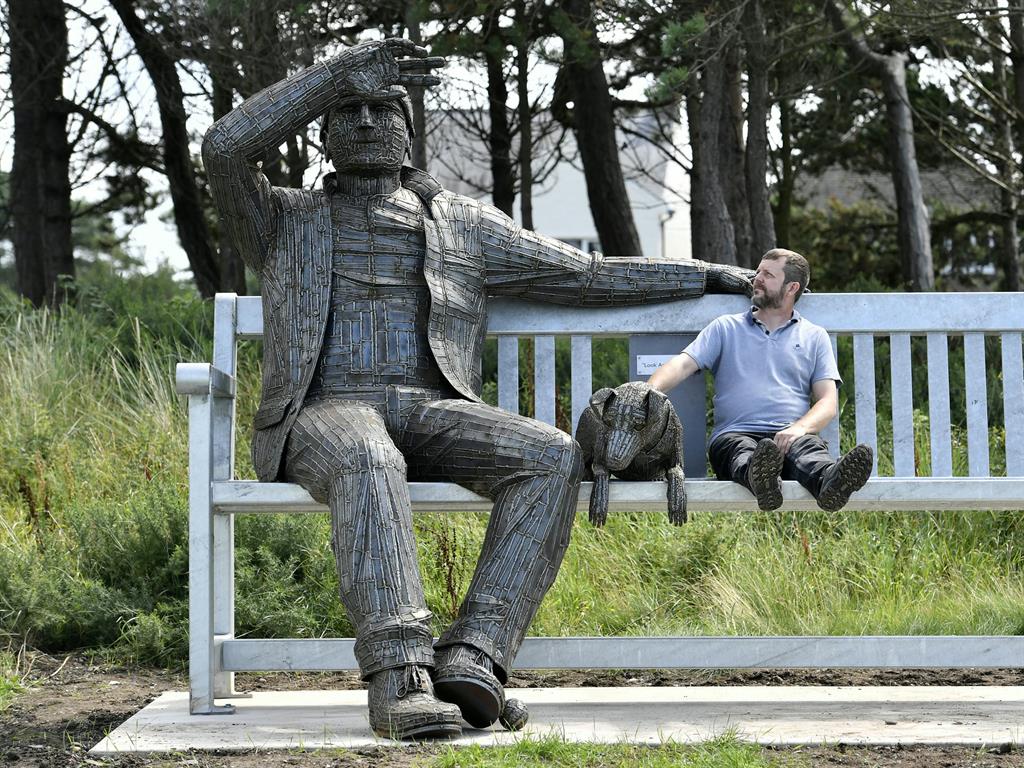 ‘His catchphrase was “look at that view”, so that features on the plaque on the bench as the family’s link to Peter.

‘It’s been a pleasurable one to do because it’s such an unusual and emotional one. And it is certainly one of the bigger ones I have done.’

Mark Orchard, mayor of Silloth, said: ‘On behalf of myself and Silloth Town Council, we would truly like to thank the late Mr Richardson and his gracious family for leaving such a generous gift to the town.’