A BRAVE 13-year-old girl sobbed as she talked about her father and younger sister who died in a fire started by a burglar trying to destroy evidence of a break-in.

Rules were relaxed so that Mia Broadhead could tell a court her father Andrew Broadhead was ‘the world’s greatest superhero’ and her sister Kiera ‘the world’s brightest star’.

Her victim statement came before Daniel Jones, 29, was sentenced to 20 years in jail. He was found guilty last month of the manslaughter of Mr Broadhead and Kiera, eight.

The family were asleep at home in Stanley, Wakefield, last October when Jones poured petrol through the letterbox and set it alight. Mum Sara and Mia escaped but Mr Broadhead, 42, and Kiera were overcome by the fire. 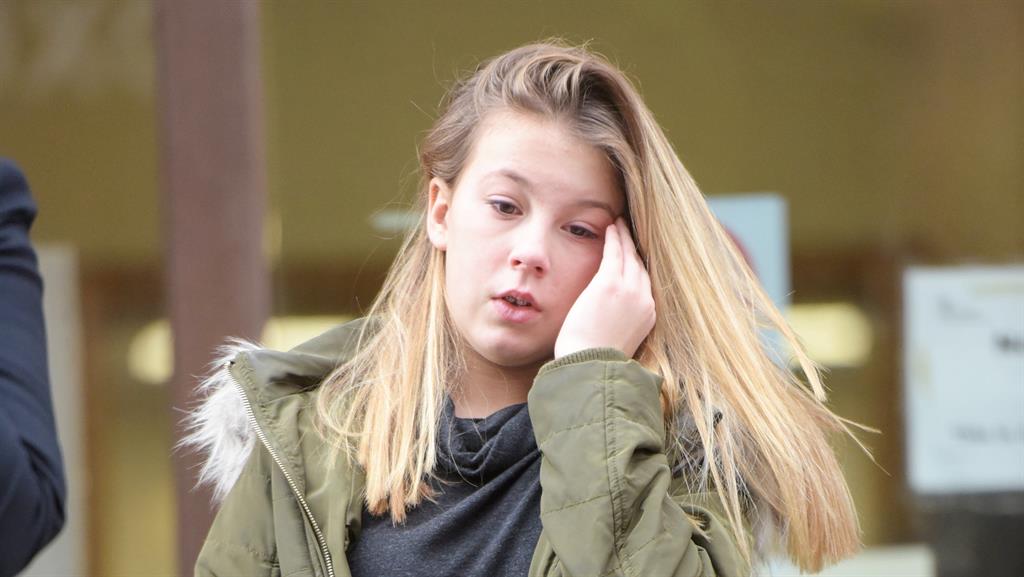 The jury heard how debt-ridden father-of-two Jones, of Wakefield, was worried that the family’s CCTV would reveal how he had stolen a safe containing £850 and drugs from a friend’s house opposite three days before.

The camera was not even working. Jones believed the family were on holiday but the Broadheads had returned hours earlier. Wiping away tears, Mia told Leeds crown court: ‘My daddy was the world’s greatest superhero and he was my hero. I am thankful for his happiness, kindness and his love for everyone — the way he was positive and how he always lifted everybody’s spirits. It is too hard to say goodbye so I say “If I don’t see you through the week, I’ll see you in my dreams. I love you daddy”.’

She said of Kiera: ‘My sissy was the world’s brightest star and nobody will dull her sparkle. I am thankful for the eight years we had with her — for her kindness, her funniness. She didn’t deserve this, neither of them.’

Jones showed no emotion as Mr Justice Morris, sentenced him. The judge gave special permission for Mia to be in court, as the usual age limit is 14.

Prosecutor Jonathan Sharp said later: ‘As far as I know it’s the first time that a 13-year-old has had enough courage to come and give a victim personal statement in court.’