FOUR years ago, I was on my way to work as a journalist when I suddenly realised I’d reached a tipping point. Gradually, my job had taken over my life and I was burning out, badly. I’d invested so much of myself into the role that it was consuming me — it was how I introduced myself, how I defined myself. It was my self-worth, my life and my status.

Then, out of the blue, I was approached about a new job. I asked if I could work four days a week instead of five and my prospective employer said yes. I decided to dedicate the free day to writing a book. I started spreading my skills across multiple disciplines, and, in turn, my stress started to disappear, displaced across a few different things.

Back then I hadn’t really heard of the term multi-hyphenate but that was what I had become. A grown-up version of a ‘slashie’ (model/actress being the most famous example), a multi-hyphenate is ‘a person with several professions or skills’ according to the Oxford Dictionary.

My version of the multi-hyphenate lifestyle is centred around empowerment, future-proofing and collaboration. The result of my flexible working request was a book called Ctrl Alt Delete, which is now an award-winning podcast, too. The flexibility and extra money I earned was used to build up side-projects (a successful blog, consultancy etc) and I saved enough to quit my job.

‘We must refuse to be pigeonholed by work’

I also wrote my second book — out today — called The Multi-Hyphen Method, which is all about the pros of having multiple interests, side-hustles and ways you want to live your life. In it, I speak to a digital consultant who owns a bakery, a life coach who works at Facebook, a nurse who is also achildren’s author and a paramedic who is also a photographer. In a world where new job titles are being created every year, many of us have no idea exactly what lies ahead for our careers. Nor can we assume that we will always be ‘safe’ in our full-time jobs.

At its core, the book is about being many different things, proudly wearing different hats, refusing to be pigeonholed and, most importantly, giving ourselves the tools to flourish in decades to come.

It’s time to do away with that lingering stigma around a lifestyle of embracing ‘multiple’ skills or jobs. Doing a variety of different things doesn’t mean that person is confused or without direction or a plan. It doesn’t mean they are struggling to ‘make ends meet’ in the gig economy, or being exploited. Asking for any sort of flexibility in the office should not be seen as a major perk. Really, time to ourselves should be normalised, especially in an always-on, always-busy, burn-out culture.

I make more money in a month now doing all my different jobs than I used to make in half a year. I work less overall and in bursts, because I work on big projects and then have a break. I network and meet interesting people from all sorts of different companies, not just inside one. 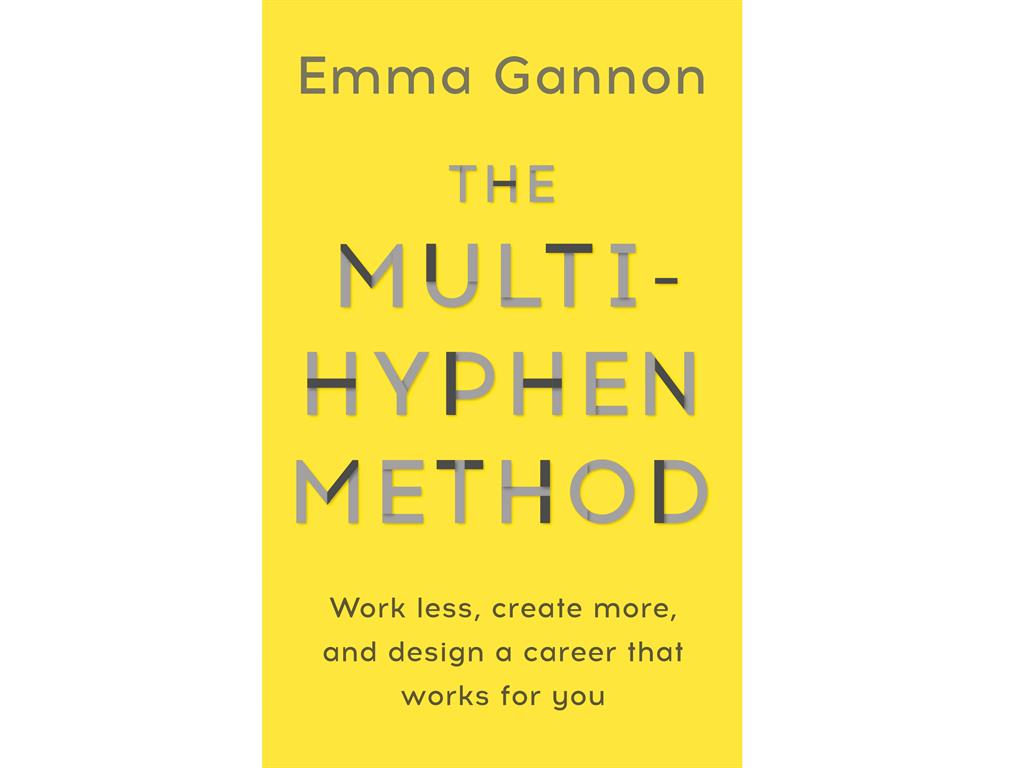 My earning potential is limitless; I have more time, and I can ultimately decide when I work or don’t work. It’s taken eight years to build up to this point but with the research indicating that so many more of us will be self-employed by 2025, I’m glad I took the leap. Since 2009, the freelance economy in the UK has grown by 25 per cent and generates an estimated £109 billion a year, according to the Association of Independent Professionals and the Self-Employed.

Becoming a multi-hyphenate is the best thing that’s ever happened to my career, even though I still sometimes struggle to really answer the ‘what do you do?’ question when others ask it of me. My answer changes because my work is ever-changing. That’s kind of the point. I’m more than one ‘impressive’ job title. We are all more than that.

■ The Multi-Hyphen Method: Work Less, Create More And Design A Career That Works For You (Hodder) is out today