HAVING a child changed Siobhan Phillips’ life in more ways than one. She had worked as a vocalist, including appearing on Channel 4’s classical singing competition Operatunity in 2003. She then had a baby three years ago aged 40, and found some hilarious new material to sing about. She recently became a finalist in Britain’s Got Talent with her self-penned songs about being a first-time mum and tantrum-throwing toddlers. Siobhan grew up in Yorkshire where she lives with her partner and daughter, Cerys.

We know about your trials with a toddler, but how did it compare to buying your first home?

They are some of the most stressful experiences life can throw at you. Buying my first home was somewhat calmer than moving with a three-year-old helper unpacking boxes as quickly as I’m packing them. Pass the gin.

Where are you moving to?

My fiancé and I have just bought a property together in Whitwood. It’s a four-bed detached with a great garden, which has AstroTurf so no more mowing the lawn. Hurrah. Cerys has her own play room and she’s mega excited about the bunk beds, which are arriving in a few days. I’m more excited about the walk-in wardrobe which is massive and has shelves for all my shoes and handbags. Who do I even think I am? I feel very lucky but I know how hard we’ve both worked to get here. It really is a beautiful house which I hope will make our happy, forever home.

In 2003. I was 26 and on the road gigging up and down the UK, living out of suitcases and crashing at my mum’s. I needed to put down roots and have that sense of coming home. I felt like a ‘proper’ grown-up buying my first place and I was so proud of myself as I did it all on my own. I saved up my deposit and money for furnishings from my gigs, so I felt very satisfied I had something concrete to show for the effort.

It was a three-bed semi with a garage and a garden on a quiet cul-de-sac in Normanton, West Yorkshire. Not very rock’n’roll. The best bit was the feeling of independence but the worst was realising I had to do every monotonous domestic chore myself. I never rented as I didn’t like paying for something that wasn’t mine. So the feeling of buying my own place was fabulous and made me feel secure.

Did you do any DIY?

The house was in a good condition but I painted the kitchen walls turquoise, which I followed on throughout and got quite obsessed with. It was around the time of David Icke. Remember him? He always dressed in a turquoise shell suit and claimed he was [a son of God]. I got some real grief from my best mate who told everyone I was one of his followers.

Will you write songs about houses?

If I was to write a song about houses, the day after we have just moved into our new home, it would contain far too many expletives.

Any advice for first-time buyers?

Try to remember that you are in a strong position. Use it as a bargaining tool when it comes to putting in a cheeky offer. Put your deposit in one of the government’s Help to Buy ISAs. And it’s also a good idea to revisit your desired property at all hours of the day and night to see what the street is really like. 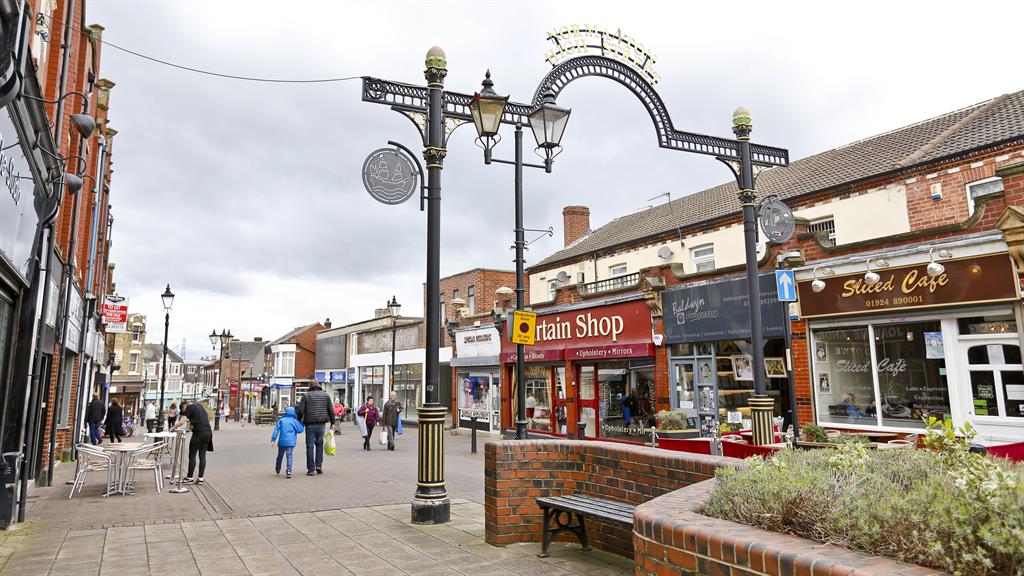 NORMANTON, in West Yorkshire, was a settlement in the Domesday Book, and had a recorded population of four households in 1086. It was badly hit by the miners’ strike of the mid-1980s and suffered decline. Nowadays Normanton is a great place to pick up a bargain first home.

Thirteen miles from Leeds, it has plenty of historical buildings, such as the All Saints’ Church dating back to 1256, and for buyers some lovely original Georgian properties, plus many spacious and relatively new-built properties.