BUYING a house is a hilarious business, according to the Bristolian comedian, author and environmentalist, Mark Watson. The 40-year-old has tackled mice, boilers and toilet seat-wielding estate agents during his time buying property. He’s also published a book, Crap At The Environment, which documents his efforts in attempting to reduce his carbon footprint by 50 per cent.

In 2008, with my then wife. We were lucky; we got a self-certification mortgage very shortly before the world’s markets crashed as a direct result of giving mortgages to people who couldn’t really afford them. It was a two-bed flat in Crouch End. I had this strong sense that getting on the property ladder was the thing you were meant to do. I don’t think I really knew what I was doing, though.

As I say, my main memory is feeling that I’d crossed some sort of important threshold and I was now most of the way to being a full-blown adult. I suppose in some ways it was true. I was enormously fortunate to become a homeowner — but part of that feeling just came from this very British obsession with property. As with a lot of things I did in my twenties, I was pursuing something without being totally sure why: I’d just got it in my head that I should be.

Can buying houses ever be that funny?

Looking around them can be because of the way estate agents are forced to bluster. Like anyone trying to live in London, I’ve looked around some absolutely shocking places in my time. I remember going to see a property that I hadn’t seen the details of because it had ‘just come on the market’. When I got there, it became clear why that was: it was because they hadn’t really finished building it yet. The developer answered the door with a toilet seat in her hands and said, ‘We’re just putting the finishing touches to it,’ and I started to feel things weren’t going to play out well.

It was a smallish flat, but about perfect for people who hadn’t had children yet, which, however, we went on to do quite soon after that. It was in tip-top condition and generally attractive.

We had mice at one or two points and went through a long battle of wits with them. It’s a good example of how adult life throws up more unglamorous problems than you imagine. I remember thinking that my only real experience of catching mice was stuff I’d learnt from Tom and Jerry, and Tom very rarely did get his hands on the guy.

What is your best memory of living there?

Throwing a proper, huge party for the first time in our own place, some time around Christmas of that year. One of my worst memories came the next morning, waking up with one of my life’s worst hangovers and remembering that having a party in your own place meant your own place was absolutely ruined.

What did you learn from buying?

I suppose it made me realise how much hassle it is to maintain a property, even one that’s in pretty good nick. After almost a decade of being used to just calling a landlord and asking them to fix things — sometimes with success, sometimes not — it is quite a culture shock to suddenly realise it’s your responsibility. I hadn’t given much thought in my life to how boilers worked or what they did. By the end of that first year of home ownership, I had said and heard the word ‘boiler’ more than in the rest of my life put together.

What did you do with the place?

We eventually sold it and renovated a place with sanity-threatening levels of effort and expense. Like all these stories, it began as what seemed a series of manageable tasks and spiralled until I started to think we’d be dead before we saw the property completed. I’d get a text on Friday morning and my blood would run cold knowing it was from the builder asking for a large sum of money — in cash.

ALL ABOUT CROUCH END 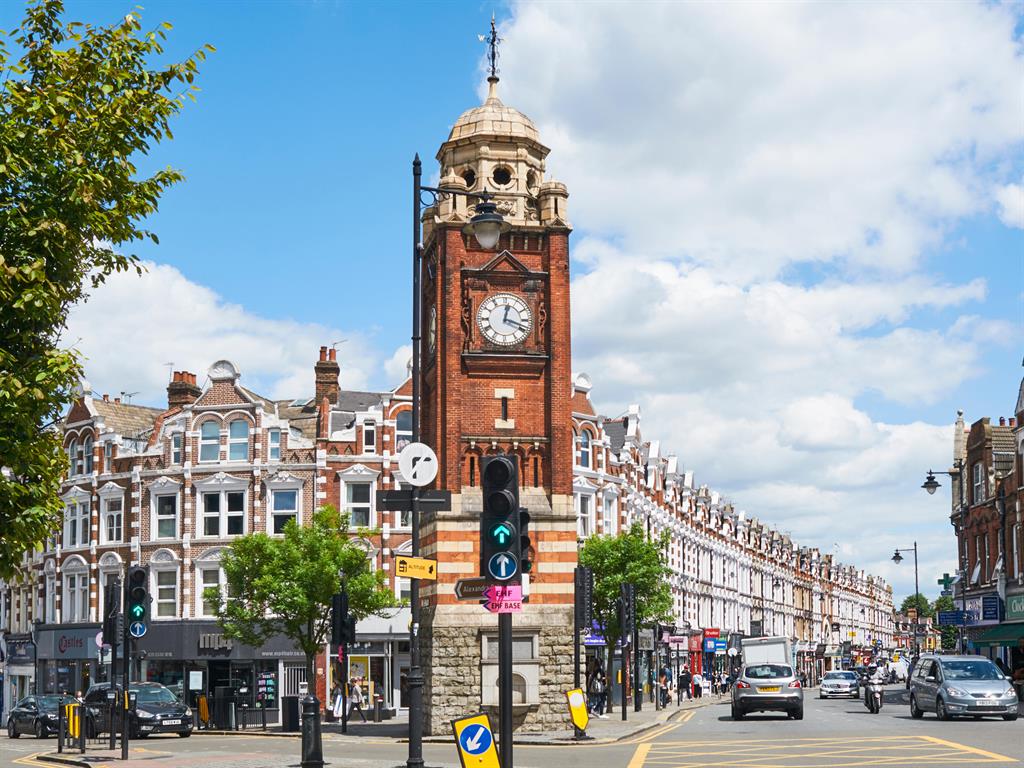 A BIT like north London’s version of Hill Valley — the setting of Back To The Future — Crouch End is dominated by a large clock tower. However the red-brick Victorian Clock Tower in Crouch End presides over a villagey area of upmarket shops and cafés, carefully restored pubs and arts spaces. Crouch End is a highly desirable part of London with an overall average price of £653,834, similar in terms of sold prices to nearby Hornsey (£647,494) and Ferme Park (£661,396), but was more expensive than Haringey (£571,638). Last year, most property sales in Crouch End involved flats, which sold for on average £485,407. Terraced properties sold for an average price of £1,037,863, while semi-detached properties fetched £1,111,021. (rightmove.co.uk)