LOUISE REDKNAPP had done more by the age of 21 than most people manage in a lifetime. She joined Eternal, whose debut album went quadruple-platinum in the UK — then left to start a solo career, as well as buying a two-bed flat overlooking the Thames in well-to-do Barnes. Louise went on to marry footballer Jamie Redknapp (although they have since separated) and has sold 15million records in total worldwide. Now mum-of-two Louise, 45, has a new album, Heavy Love, which is out in January.

In 1995. I was 21 and it was in Barnes in London. It was a two-bed apartment in the old Harrods Depository. It was fun and the lounge area was all glass looking over the river.

Did you have cool parties?

Not in this particular one. I had just left Eternal and was starting my solo album so it was more my nest. I did have some parties in other ones, though.

You became famous and successful quite quickly. Was the change in choices of property disorientating ?

It wasn’t as quick as people think. At that age, location for me was everything. I used to drive through Barnes on my way to work when I was in Eternal before they were big. I was doing lots of recording and backing vocals at the time — you don’t just think, ‘I’m in a girl band, it’s going to be massive,’ it takes a lot of time and building up to it. We would get picked up for meetings and no one had ever heard of us and we would be off to do a gig in the middle of nowhere. But during that build up, I would drive through Barnes and think, ‘This would be a great place to live if I could ever afford it.’

It’s so villagey and lovely but you are really central to everything. It was the first place I looked when I was ready to buy a property. I spent a lot of time travelling — I’d be away for six to eight weeks at a time — so I wanted a concierge and it was about having a place with a lot of life around it and somewhere I could just lock up and go. For me, the location is key because everybody needs to be happy. I find my boys want to be close to somewhere they can walk to. Location is more important than the house itself. A lovely house in the middle of nowhere can be a bit lonely.

I like contemporary in a Victorian house. So, somewhere traditional and original but the best of both worlds.

How did it feel to buy?

I’d been renting before and it felt like it was just nice to have somewhere to settle. My schedule was so crazy, so I just didn’t spend much time there. And what I realise now is it is good to get on the property ladder at an early age and start a portfolio. My only regret is I didn’t buy more in those days.

It was an old building and newly converted. I bought furniture to put in it. I’m really good at making mistakes and I bought one brightly coloured chair and sofa. I had everything neutral and one thing really bright. You end up hating it because it’s an eyesore.

What did you learn from buying a home?

I ended up getting married and sold it because I didn’t want the hassle. I wish I’d kept it and made it pay for itself then I’d still have that property today. That’s a big regret. If you can find a deposit for somewhere else, then definitely hold on to the other property.

Do you write music at home?

I try to treat home as a place where I don’t do much work. It is nice to have home as a relaxing environment. Saying that, I have just bought a piano, so it’s the first time I’ve introduced something from work to the house.

What is important to you?

What’s important to my kids is wi-fi as they do a lot of gaming. They are ten and 15 years old, so I have different areas for them to go. I live in a townhouse-style property with lots of floors and the higher you get up normally the less wi-fi. That’s a nightmare that BT has fixed. Personally, the kitchen is the area where I like everyone to be. No matter how lovely I make my lounge, everyone always heads to the kitchen in my home.

■ Louise is ambassador for BT’s new broadband proposition, Halo, which gives customers a faster, more reliable connection at home and on the go, bt.com/halo 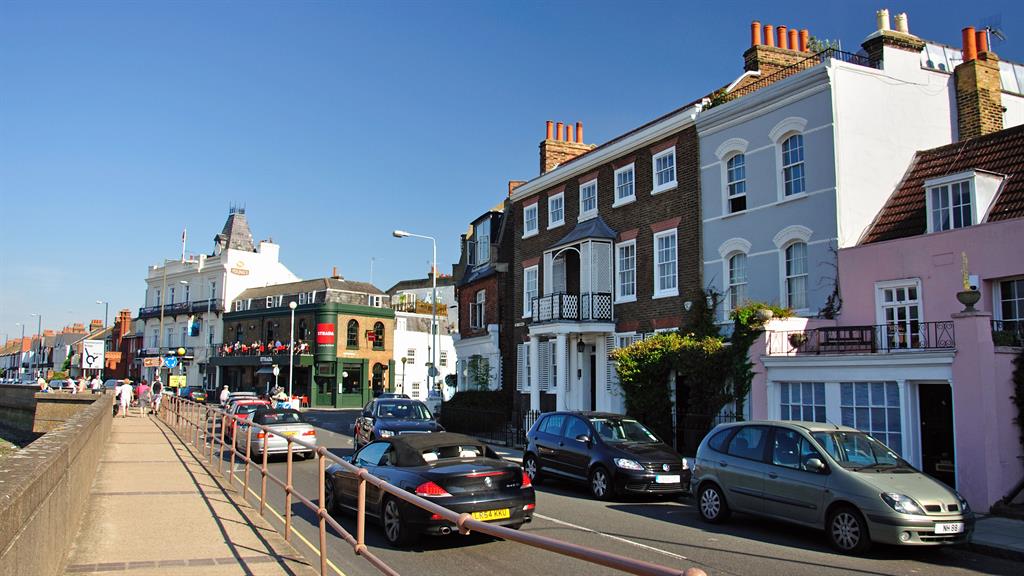 There are arguably few nicer places to buy in London than Barnes, a district in the London Borough of Richmond upon Thames. Barnes manages to capture the upmarket bohemian spirit of Richmond, being a few miles west, but on the Thames right next to Putney, and just five miles from Charing Cross and minutes from Hammersmith. The properties are predominantly 18th and 19th-century, with a fair few Victorian terraces extended out and up and down. Last year, most property sales in Barnes involved terraced properties, which sold for £1,146,172 on average. Apartments sold for an average price of £634,306, while semi-detached properties fetched £1,935,837. Barnes has an overall average price of £1,193,490 (rightmove.co.uk).