DAME JOAN BAKEWELL has a CV to envy. Throughout a career spanning more than 60 years, Joan has been a journalist, television presenter, author, playwright and Labour Party peer. Now aged 86, she shows no signs of slowing down and is co-presenting the Sky Arts Landscape Artist Of The Year series.

When did you buy your first home? I bought my first home around 56 years ago. A Victorian house in Camden, north London. I’ve only just sold it and moved out recently.

So you had lived in the same place for 56 years? If you choose something that suits you, why move? We’ve changed things — painted walls, different colour wallpapers, different things at different times — and the children grew up there. Au pairs came and went. It was lovely, with plenty of room for people to stay. And while it was hard to let go, it’s right for me now.

You were on the ladder before the age of 30… Well, I was 29 and it seemed to be about right to buy at that age. That’s what people were doing, because there were plenty of houses for sale. We could get mortgages and houses weren’t particularly expensive, particularly in this district, which was rather run down and shabby. It was near Euston station, which had steam trains, so there was lots of smoke. It was very polluted, and the soot made the houses look very drab.

What was the place like? It was a large, three-floor Victorian house in a square where many ‘rooming’ houses were. Somebody had gone ahead of us and cleared out all the tenants and they’d painted it up, so it looked quite respectful. It wasn’t derelict, but it wasn’t done up in any way. I first fell in love with the staircase, which had a wonderful, curving bannister going up three flights of stairs — it’s still there and it’s still lovely.

Did you do it up? At first, we didn’t have any money for renovations. But we had to furnish it. What was interesting in those days is that everybody put fitted carpets in their homes, and carpets on the stairs. But we hadn’t any money for carpets so we lived without carpets for ages. That felt really impoverished.

Has the area changed? Entirely gentrified. It’s now quite celebrated and rather beautiful, full of restaurants and cafés and shops. It wasn’t like that at all in my day. There was a butcher, a baker, a shoe repair shop… all sorts of little shops you needed but we don’t have now. Several grocers… a little library. It was full of old-fashioned shops. Now there are supermarkets, butchers… but there isn’t a bakers, just lots of cafés and chocolate cake. Very good ones, I have to say!

Where have you moved to? I bought a small studio. It’s on one floor, with a garden out the back, a bedroom at the front, a shower room that’s been built for me and the kitchen is part of the big room. There are no stairs, except for the mezzanine where I work from at my desk. It’s much, much smaller. Downsizing is a nightmare for older people. A lot of older people are living in large houses. The children are grown up and the house is too big for them, and they don’t know how to downsize and find somewhere new. You need to give a lot of thought to it. It took me about a year to move. When I moved, I got an architect to help me plan. You need to plan very carefully.

What makes a home a home?

It’s books, friends, music and good food… and nice big sofas. I still have that original sofa — I had it ‘renewed’.

■ The finalists from Sky Arts Landscape Artist Of The Year are exhibiting at Clarendon Fine Art, Mayfair from January 16, clarendonfineart.com 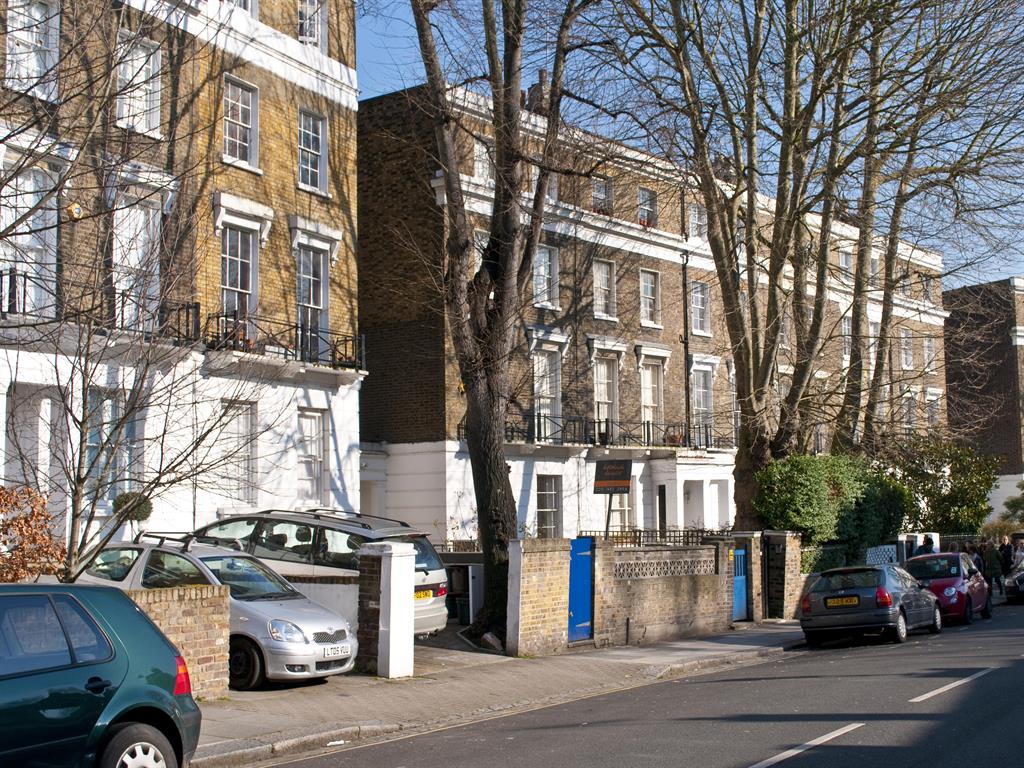 CAMDEN might not have the same cool image as it did when Britpop bands and the likes of Amy Winehouse ruled the roost, and its market and shops have lost a bit of their authenticity since then, too. But there is no denying Camden is still a vibrant and fun place to live, with a ‘been there, done that’ swagger, and it has plenty of lively music venues and pubs. Regent’s Canal is a beautiful place to walk and there is easy access to Central London. It’s not cheap, though. Last year, most property sales in Camden involved flats which sold for on average £837,095. Terraced properties sold for an average price of £2,137,215, while semi-detached properties fetched £2,689,015. The priciest area within Camden was Primrose Hill (£2,201,088) and the least expensive was St Pancras (£525,953). rightmove.co.uk