■ There were 120 credit cards under the floorboards of the comedian’s Notting Hill pad, but it oozed cool

IT’S impossible to hear a Nokia 3310 ringtone and not want to shout ‘HELLO?!’ — and that’s all thanks to comedian, Dom Joly. Trigger Happy TV, which featured the 52-year-old’s famous line, not only made him a star, but also helped him shoot up the property ladder, buying a pad once visited by Marvin Gaye and then selling it to Salman Rushdie. He is now a successful travel writer.

In 1994. It was a converted two-bed flat on the top floor. I was the first white guy to move into All Saints Road, Notting Hill. It was described as the most policed road in the UK back then.

What made you buy it?

The price. It was in a historic building called the Mangrove. It was a radical West Indian area. I think the building had been confiscated at some stage. It had amazing history. Bob Marley had been there. Soon after, I moved in, I went to a Caribbean bakery and there was a picture of Marvin Gaye leaning out of my window — he had lived there previously. It was amazing and really cool. This was pre-Notting Hill the film, which was one street away, so this was old-school Portobello. Paula Yates lived down the road.

What put you in a position to buy?

My parents divorced, so I just wanted to get something that was mine and put roots down, without relying on them. At the time I was a producer at ITN. I was a political journalist.

Was it easy to buy?

It was straightforward — not like these days. I think the only skill that I have in being in the creative industry is knowing areas that are cool. Chelsea was a low-income place once and when it becomes hip, people without hip ruin the area. My thing is to find the hip place and buy there.

What did you do with it?

I did it up and made it quite cool. I built a staircase to the roof. When Trigger Happy TV came out, I bought the flat below and turned it into an uber bachelor pad. I wasn’t a bachelor, I’d just got married. I moved to the Cotswolds for six months and when I came back, I got a dog and had my first kid, so I decided to sell the place to Salman Rushdie.

When I knew he was moving into the flat, I told everyone I would re-tile the roof with the words ‘Salman Rushdie lives here’ or a big target. I was really going to do it, but in the end I discovered I had a moral backbone.

How big a change was life in the Cotswolds?

I bought two places in the Cotswolds, I’m now in Cheltenham. I wanted to be in the country and about an hour and a half from London, but not in the commuter belt. I wanted to be somewhere weird. In the end, it was the one area that was more expensive than Notting Hill, every village seemed to have its own celeb. At one point a tour bus was doing the rounds, which ended with people staring at me. I wanted the escape but the irony is you’re more anonymous in the city.

You are a travel writer. Have you always had itchy feet?

I have constantly got wanderlust. There is nothing more exciting than exploring new countries. I finally have a man library in my home, so currently I’m the least wanderlusty I’ve ever been. I’m doing a festival and a UK tour, Dom Joly’s Holiday Snaps, because mine are quite interesting. It has made me realise I have been non-stop travelling for 20 years. For once I’m finally in a place I love.

You have a ‘gangster cat’. What is so gangster about it?

He came from the ‘hood in Cheltenham and had been shot by a BB gun, got run over and is now a one-eyed limping cat. The Ronnie Kray of cats now rules a nice Georgian area in Cheltenham.

■ Dom’s book The Hezbollah Hiking Club is out now. He will be speaking at Stanfords’ Travel Writers Festival at Destinations: The Holiday And Travel Show on February 1, at Olympia London, destlondon.seetickets.com

All about… Notting Hill 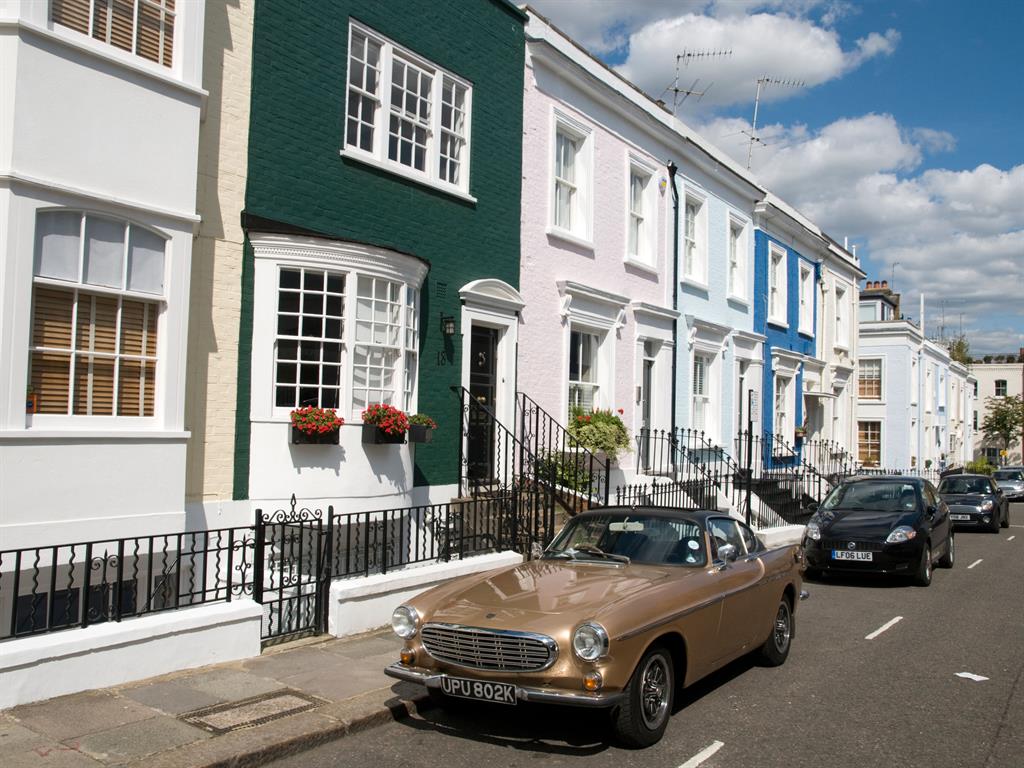 Notting Hill has renounced much of its bohemian, laid-back spirit in recent years to make way for rich creative types who are drawn to the pretty cottages and handsome Victorian town houses in this picturesque part of West London. That’s not to say it has lost all its charm. The Portobello Road market still buzzes, it is home to Europe’s biggest street festival, and ducks under the uber cool London radar to retain some nice down-to-earth pubs and great Caribbean food. It is, of course, eye-wateringly expensive to buy a house. Last year most property sales in Notting Hill involved flats that sold for on average £1,072,831. Terraced properties sold for an average price of £4,006,101, while semi-detached properties fetched £5,864,190. Notting Hill has an overall average price of £2,058,263.