■ Alice’s mum and dad helped her on to the property ladder, but then prices crashed

AS A fearless consumer journalist, Alice Beer knows a thing or two about buying property. Alice has bought and sold her fair share of houses on her journey, too, but spiking interest rates and unstable prices has meant it has been a rocky road at times. She tells us more…

You are a consumer journalist by trade — did you apply the same skills to buying your first property?

I bought my first place very early on, as a production secretary on That’s Life! with Esther Rantzen. I didn’t have the skills I have now, but my parents pushed me into being thorough and looking before I leap. My mother was a teacher and my father a policeman — they grew up with nothing and saved everything. They put money aside for me every month for me to put towards a deposit on a flat. Everything was accounted for. I was given £15,000 for the deposit and I knew I had to choose carefully.

What did you go for?

I bought with a friend and we went for a ground-floor flat in Earlsfield in 1988 — I was about 23 at the time. He was in the army and was buying to get on the property ladder — he rented out his room to one of my old school friends. It was a two-bed but really one-bed and a cupboard. We got a mortgage at 9.5 per cent interest.

Did you connect with your inner interior designer?

Yes, we did the whole thing up ourselves. When my parents got married, they had a sofa bed that became my sofa in my flat. We had wood chip wallpaper on the walls and hired a steamer and steamed six layers off the walls. It had been papered over and over. It was hideous. I painted everything powder blue, and there were lots of coordinating colours -everything in the kitchen would be dark green, from the bread bin to the toaster.

Did it seem young to buy?

It didn’t seem that unusual at the time. Now it seems extraordinary. I was on a production secretary’s wage, just enough to make regular payments. Then interest rates went up and that was a shocker. I got a salary increase so was able to keep it. But we sold it five years later and I lost almost what my parents had given me. It was hard to sell property at the time and we lost about £24,000, so £12,000 each.

Yes, but I was on the ladder. And the next property I could buy was on my own. I was an assistant producer and had gone to Kilroy. I bought a first-floor flat with one bedroom in Battersea around 1994, between Wandsworth and Clapham Common. They were the happiest days, I loved that flat. Next, I bought a flat nearby on Albert Bridge Road. My career was exciting at the time, as I had started doing more front-of-camera stuff. Then I moved in with my partner in 2000. I actually went through three flats in 15 years — you wouldn’t do that these days because Stamp Duty is much higher.

Did you keep hold of any of them?

I kept the Albert Bridge one for seven years after moving in with my partner. Everyone thinks buy-to-let is easy but all you need is a couple of months without a tenant and the boiler goes wrong and then you are dipping into money you don’t have.

What did your colleagues think of your property purchases?

Anne Robinson was much more interested in my love life and getting me a partner. She had lovely properties so couldn’t really advise me on Ikea-filled places!

How important is buying property?

It’s difficult because I see young people travelling the world and living not tied down by properties. Getting on the ladder so early was always a responsibility. I loved owning a property and it was good for my soul, but maybe making money from bricks and mortar should be less of a thing.

Be prepared for unexpected costs. You need to be able to afford for things to go wrong. Learn from my parents — little and regular savings can change your life. 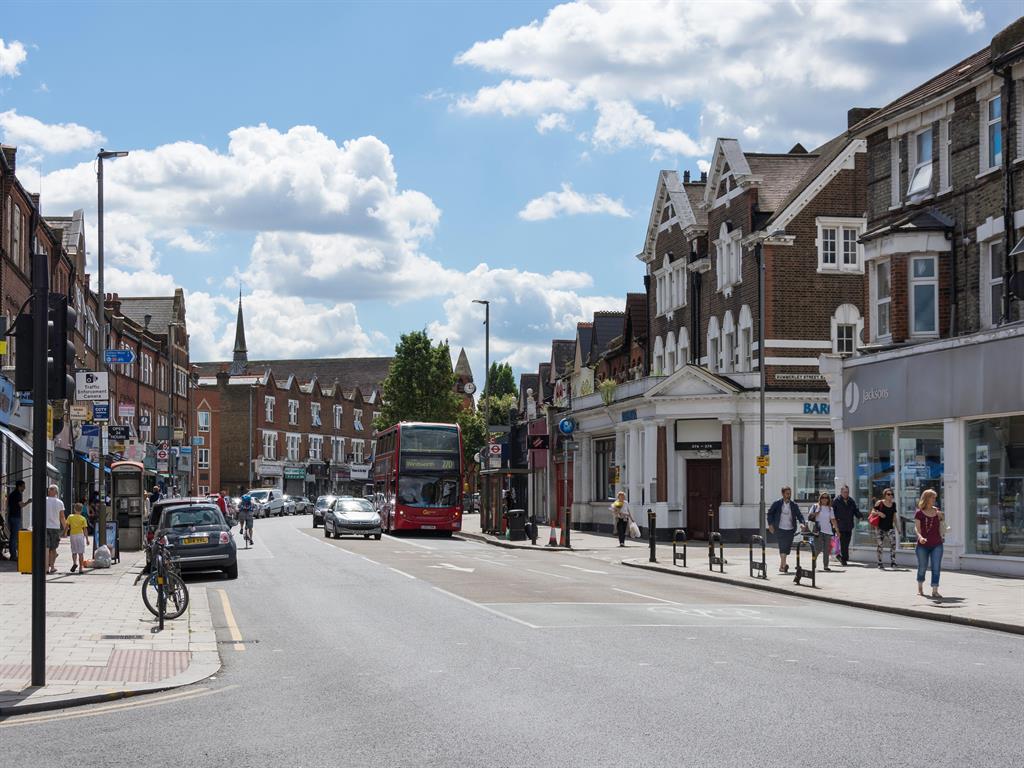 Earlsfield has a lot going for it. This quiet corner of Wandsworth is filled with pretty Victorian terraces and leafy streets that have proved a major hit with affluent young families. There is also a pleasant community spirit and while many of the bars, restaurants and shops are independent, they are not as faddish as other parts of London. Last year, most property sales in Earlsfield involved flats, which sold for on average for £528,264. Terraced properties sold for an average price of £955,264, while semi-detached properties fetched £1,476,423. Earlsfield has an overall average price of £716,964 (rightmove.co.uk).